Where have all the summer migrants gone? 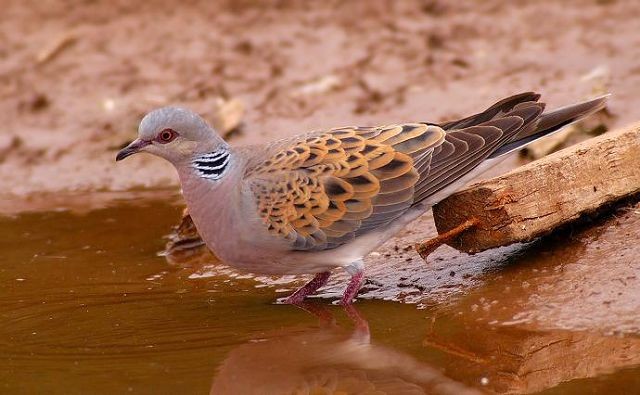 Turtle Dove: Stourport, Worcs Since 1970 there has been a 79% decline in the number of Turtle Doves - the 'mega-alert rarity' of the future perhaps? (photo: John Robinson).

Regular users of our news services no doubt eagerly scour our updated news through the spring. Many of us are interested in the rarities and scarcities, but we all eagerly await the falls of common migrants at our various bird observatories and coastal watchpoints. Sat at home, it always provokes an envious streak to know that, whilst you're working, some lucky souls are out and about at migration hotspots soaking up the vision of hundreds of migrant warblers, flycatchers and chats. However, very soon, such falls may be an anecdote from the past. Why, you might ask?

The RSPB, following research with BirdLife International, have analysed the changes in populations of our migrant summer visitors. The sobering results of this research, due to be published soon, can be found in a press release. The report illustrates the extent to which many of Europe's summer migrants have declined and looks into the possible reasons for these dwindling numbers. Research suggests that climate change, drought and desertification in Africa, and massive pesticide use on African farmland may be to blame for the declines of once common UK birds such as the Spotted Flycatcher, Wheatear, Wood Warbler and Turtle Dove.

For active field birders these declines do not come as a surprise. In my own local area, in the Lower Derwent Valley near York in North Yorkshire, as a boy I used to hear the purr of the Turtle Dove all over the place, and Spotted Flycatchers used to be common. I treated both of these birds as run-of-the-mill species, never pausing to consider that within the space of 20 years they would be extreme rarities for me. Last year, despite many hours in the field, I saw Turtle Dove just once in the same area and failed to record Spotted Flycatcher at all - a desperate situation! At such rates of decline, unless this slide is halted, in another 20 years it is quite possible that Turtle Doves, Spotted Flycatchers or Wood Warblers will be the rarities attracting the crowds, or will be our closely guarded rare breeding birds.

The research by the RSPB and Birdlife International is due to be published in the journal Biological Conservation. The authors studied 121 long-distance migrants and found that 54% of these have declined or become extinct in many parts of Europe since 1970. Staggering statistics include an 86% decline in the number of UK Spotted Flycatcher and a 79% decline in Turtle Doves. In Europe, gorgeous birds such as the Roller, Pallid Harrier and Lesser Kestrel have also vanished from regular breeding sites, and all three are now in danger of extinction, according to IUCN - the World Conservation Union.

Dr Paul Donald of the RSPB, and co-author of the study, said: 'Although we don't know yet exactly what is driving these declines, we do have some evidence that climate change is involved. If so, this is very worrying, as it means that the massive declines we have already witnessed are likely to be nothing more than just a taster of what will happen under long-term global climate change.' 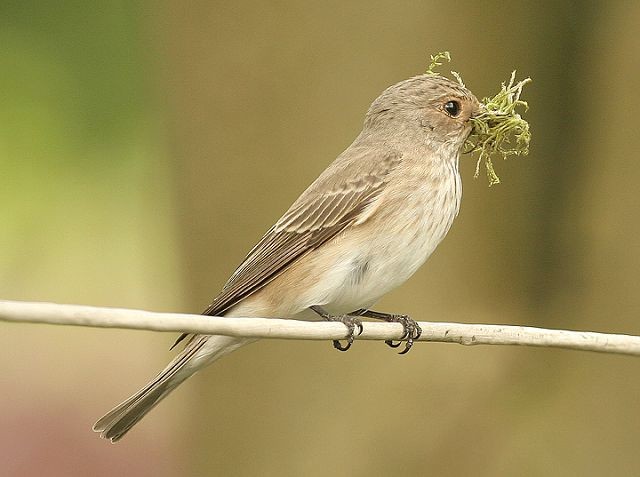 Spotted Flycatcher: Greater Manchester An 86% decline in the number of UK Spotted Flycatchers has taken place since 1970. In 20-30 years' time, will the breeding sites of this once common migrant be under 24-hour watches like the rare breeding species of today? (photo: Adrian Dancy).

Four theories have been proposed for the loss of migrant birds, and researchers will now investigate these:

What the research is suggesting is that the cause of the declines in our migrant birds lies in Africa. Whilst we can do all that we can to ensure that those migrants that are reaching us are catered for in some way here, it is clear that policy needs to be directed at the wintering areas of our familiar birds to have any chance of halting these precipitous declines. Precedents for such projects exist - for example, conservation work in Ghana for Roseate Terns - but it is clear that the problems affecting our migratory birds are on a much grander scale. The results of further research are eagerly awaited, for our countryside will be much the poorer without these fantastic species on our doorstep.