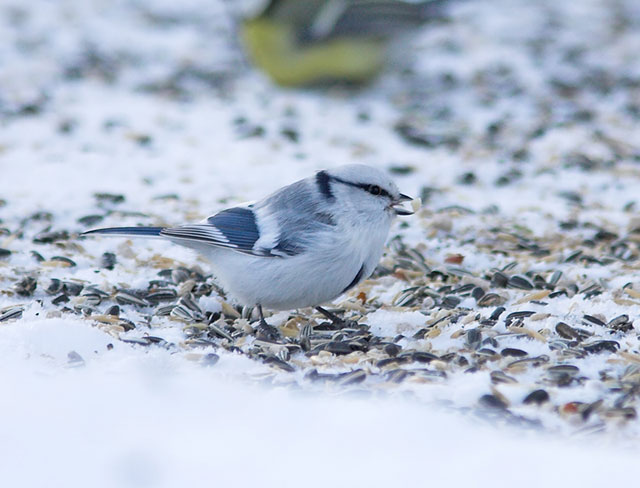 Azure Tit: Uurainen, Finland The white-bellied "cyanus group" comprises five races, whilst the yellow-bellied "flavipectus group" comprises three. These two groups have been treated by some authors (e.g. Harrap and Quinn) as separate species, Azure Tit and Yellow-breasted Tit, respectively. Additionally, the extralimital berezowskii of the "flavipectus group" found in north-central China was also considered to merit full species status by the same authors. Yellow-breasted Tit differs by its yellow breast. However, a recent study based on molecular data found that there was no reason to consider Azure Tit as anything other than a single species comprising a number of races. Some authors have also included both Blue and Azure Tits as a single species! (photo: Graham Catley).

A ghostly vision that most European birders would dearly love to feast their eyes on is the Azure Tit, the enigmatic eastern counterpart of the familiar Blue Tit. It's amazing what a lack of yellow, more white, and rarity away from its difficult-to-reach Palearctic breeding areas can do for the perception of a species by the masses. A wintering bird in a British location would no doubt break all records for the number of observers paying homage to its presence!

This attractive inhabitant of riverine thickets and light broad-leaved woodland has a quarter of its global range on European soil. The western limits reach Belarus (400-800 pairs) and Ukraine (0-30 pairs; the first breeding took place in 2001), with the main population restricted to Russia (2,500-10,000 pairs). Beyond the Western Palearctic this beautiful species extends east across central Asia to Ussuriland, south to the Tien Shan mountains and northern China.

Largely a resident species, irregular movements are noted, sometimes on a large scale. These periodic irruptions have led to colonisation of areas outside of the normal breeding range on occasion. During the 1870s and 1880s the range expanded north-west into European Russia, only to retreat again for reasons so far unexplained. It has been suggested that the lack of suitable habitat in the Western Palearctic has been partly responsible for the failure of these periodic irruptions to establish sustainable range expansions. The most recent westward influx took place in 1968-79, during which time breeding took place in Finland in 1973, with a mixed pair with Blue Tit in 1975. 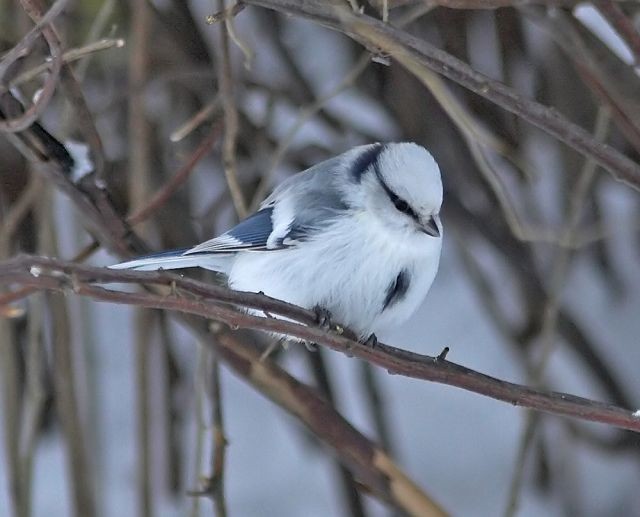 Azure Tit: Uurainen, Finland This winter an 'invasion' to Finland has included five 'pure' birds (at four different sites) and one individual which shows some hybrid characters. With cheap flights on offer this has tempted many birders to travel to Finland to make the most of the opportunity to see this species of unpredictable occurrence away from its usual range (photo: Graham Catley).

Away from their core European breeding areas this is a rare species in Europe. Finland would appear to be the most regular country in which to see extralimital sightings. The country yielded 23 records between 1973 and 1992, with a further five since. As part of an 'influx' this winter there have been five more (at four different sites) and another which shows some hybrid characters.

Elsewhere there have been over 30 records each in Poland and the Czech Republic and records into double figures in Austria and Estonia, though the Austrian birds are thought to include some hybrids and misidentified birds. Three have reached Sweden (the last in 2002) and one was in Denmark in 1964. Others have been reported from Latvia, Romania and the former Yugoslavia. A German record in 1821 was considered to be an escapee and a bird in France in 1907/08 was thought to be a fraud or perhaps a hybrid. 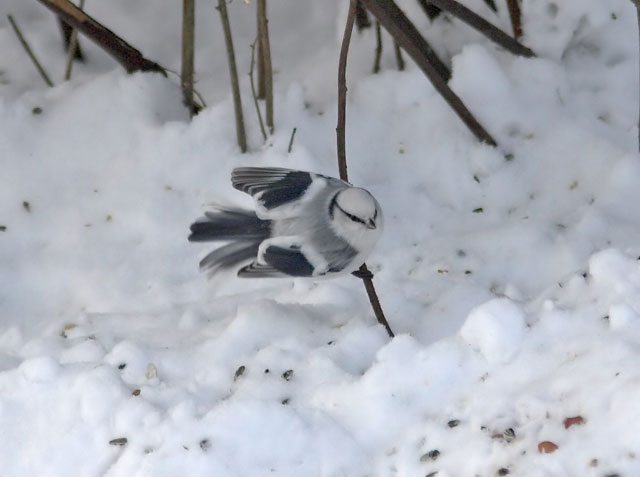 Azure Tit: Uurainen, Finland Azure Tit is resident over much of its range, but also nomadic. Periodic records from further west of their range offer a sliver of hope for British birders that one might just cross the North Sea during a westward push. No doubt if one did so it would produce one of the largest 'twitches' of all time. The would-be finder would have to be diligent enough to exclude the possibility of Pleske's Tit before announcing their find to the nation's news services! Hybrids show a broad suite of characteristics: compared with Azure Tit they exhibit a darker cap, have less white in the tail, reduced white in the tertials and greater coverts and have the 'ghost' pattern of Blue Tit on the underparts. 'Azure Tits' also hybridise with 'Yellow-breasted Tit'. So, despite looking like a strikingly obvious species to identify in the field, there are clearly a number of pitfalls that need eliminating by the fortuitous finder of one of these stunners (photo: Graham Catley).

Hybrids (with Blue Tit) pose a potential pitfall for would-be finders of this highly desired species. Such hybrids take the name 'Pleske's Tit' and have occurred in a number of European countries, with singles unnervingly close (from a British perspective) in The Netherlands and France. A hybrid ringed in Sweden in October 1991 was controlled in Finland in 1992. Given their vagrancy to other European countries, of course, Azure Tit represents a possible addition to the British list at some point, albeit with a lower occurrence probability than some other Palearctic species. So, if you're along the east coast and a blur of white and blue whizzes past you, don't jump for joy immediately as Pleske's Tit needs to be eliminated as, of course, would an aberrant Blue Tit. 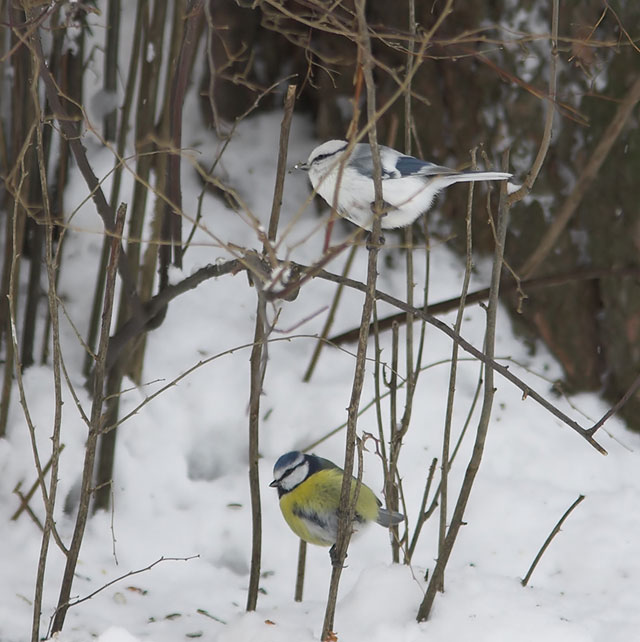 Many thanks to Graham Catley; see his website for more images from his recent trip to Finland. Also, many thanks to Hannu Jännes for an overview of records in Finland. 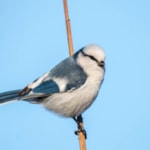