Corvo and Flores, the westernmost islands of the Azores, are the epicentre of Western Palearctic (WP) autumn birding and experienced another bonanza year in 2018. The former hosted an estimated total of 94 individuals of 29 American landbird species – a tally that matches the previous record year of 2017. The neighbouring island of Flores produced a further two American landbird species. Fig 1 [see foot of article] shows that Corvo particularly has consistently improved over the years, as more birders from across Europe become involved and the popularity of WP birding increases.

Typical landscape on the eastern side of Corvo, Azores, where a large proportion of each year's Nearctic vagrants are found (Vincent Legrand/www.vincentlegrand.com).

Despite this, realisation of the full potential of Corvo and Flores is still in its infancy, as proved again this year by the star bird of the autumn, a Western Kingbird – an 'off-the-radar' first for the WP which was found by Thijs Valkenburg on Flores on 13 October. To truly establish itself as 'the Scilly of the Western Palearctic', there is a major opportunity for independent, pioneering birders, the local BirdLife partner (SPEA) and bird tour companies to establish an autumn birding community on Flores, with birders moving between both islands to maximise future discoveries and additions to the WP list. For both listers and rarity-finders who are ambitious to discover a Nearctic WP mega, Corvo and Flores are by far and away the best places to be in autumn. 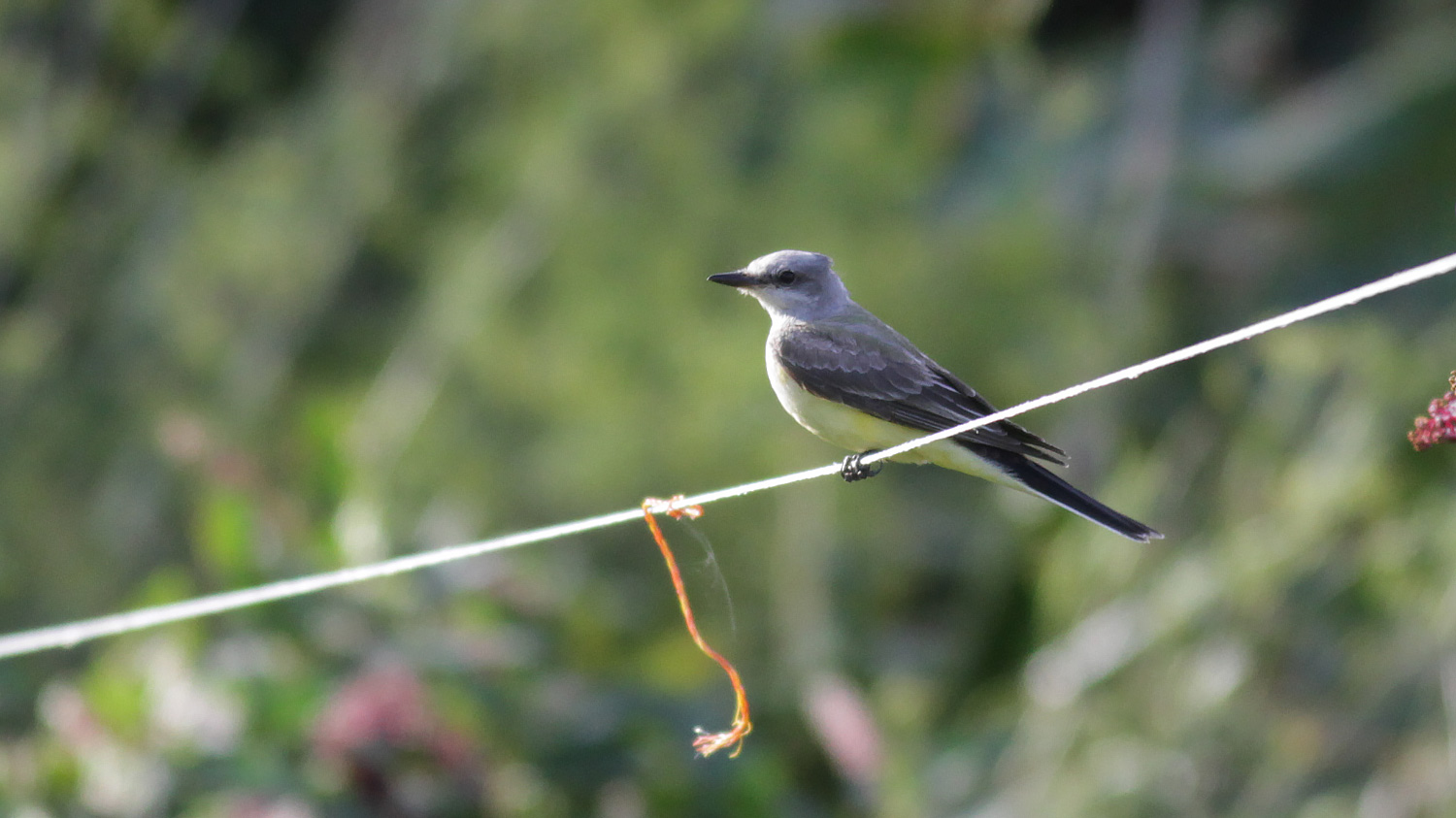 It was Flores, not Corvo, that produced the highlight of autumn 2018 – this Western Kingbird at Ponta Delgada on 13-14 October (Thijs Valkenburg).

Of course, with more than 100 birders on Corvo and only a handful on Flores, the number of rarities amassed on the former was unparalleled. Highlights included a Blue Grosbeak (first record for the WP), Eastern Wood Pewee and Bay-breasted Warbler (third for the WP), Wilson's Warbler (fourth for the WP), Lincoln's Sparrow, White-eyed Vireo and Wood Thrush (fifth for the WP) and Yellow-throated Vireo (eighth for the WP). 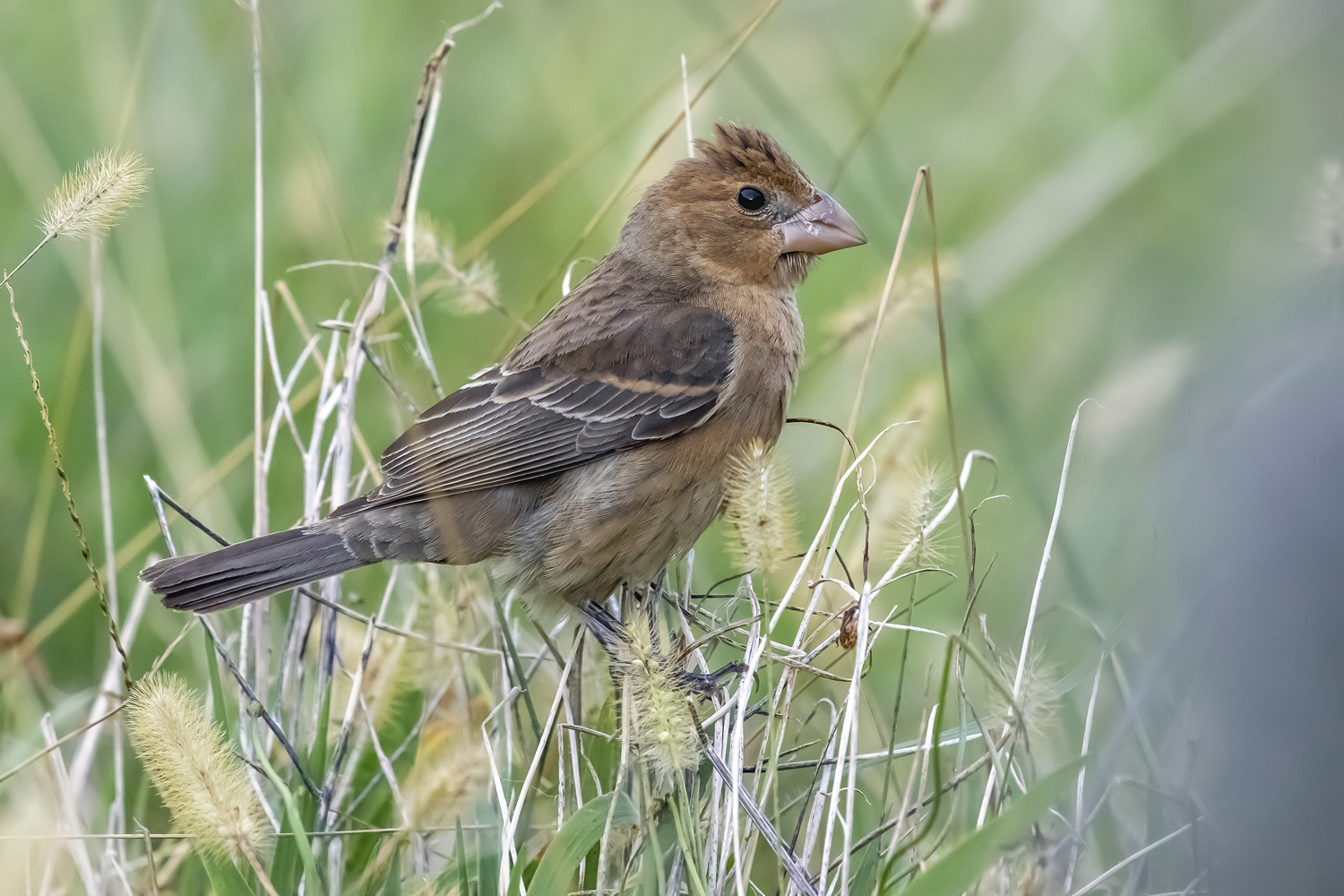 This bonanza year was associated with an above-average storm season in the Atlantic, with 15 named storms including eight hurricanes, of which two were major (Category 3, 4 and 5), notably Hurricanes Florence and Michael. An average season has 12 named storms and six hurricanes.

The birding period commenced in early October when a Northern Harrier was found on 4th. However, it wasn't until around 10th that things started to escalate fast (see fig 2) as the first main wave of birders arrived at the same time that Hurricane Michael was active on the Eastern Seaboard of the United States. Right on cue, the first major rarity of the year was a Wilson's Warbler on 12th. 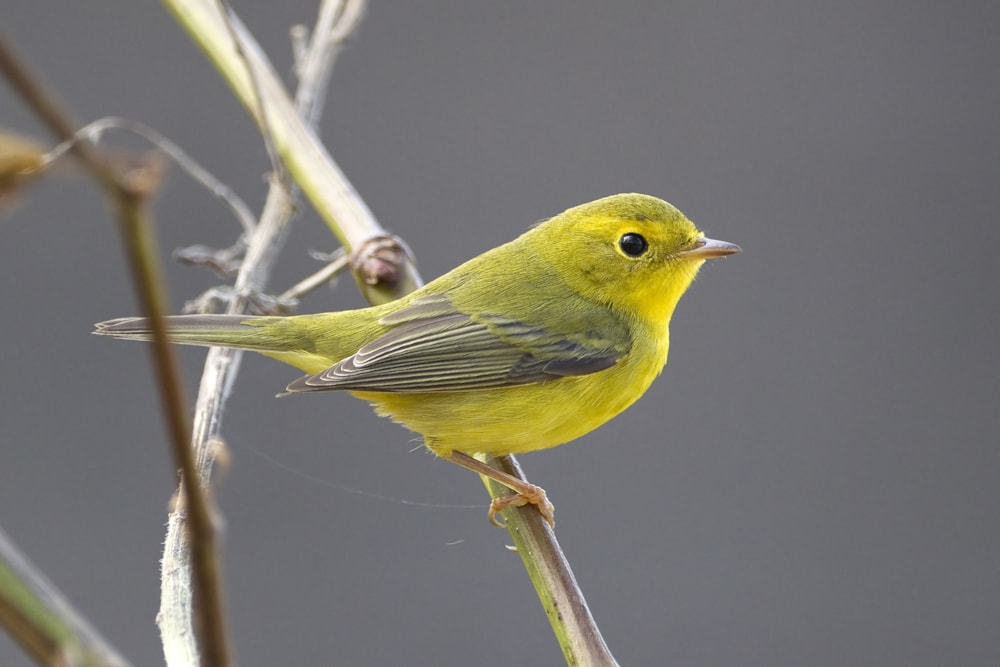 The Wilson's Warbler on 12th proved to be the first mega landbird of the season (Daniel Mauras).

From 10-12th, three American Redstarts, two Red-eyed Vireos and singles of Baltimore Oriole and Indigo Bunting were found, but it was the following days in which things went 'nuclear' (see figs 2 and 3). The Western Kingbird on Flores on 13-14th led the parade of a significant arrival of 'Yanks' over the period of 13-15th, with Corvo producing highlights such as White-throated Sparrow, Dickcissel, Black-throated Green Warbler, Northern Parula, Swainson's Thrush, Scarlet Tanager, three Red-eyed Vireos, Rose-breasted Grosbeak, two Indigo Buntings and Grey-cheeked Thrush, plus new individuals of American Redstart and Baltimore Oriole.

By 16th, a veritable flock of Nearctic passerines had congregated in the dense woodland of Ribeira da Ponte and Pico. No fewer than 14 landbirds of 10 species were all concentrated in the bottom of the valley and adjacent small wood, including singles of Yellow-throated and Philadelphia Vireos, three Red-eyed Vireos, three thrushes (Wood, Swainson's and Grey-cheeked), Ovenbird, three Black-throated Green Warblers, two American Redstarts and a Bay-breasted Warbler. An additional 17 Nearctic passerines were found across the rest of the island, including Northern Parula, Scarlet Tanager and Baltimore Oriole. 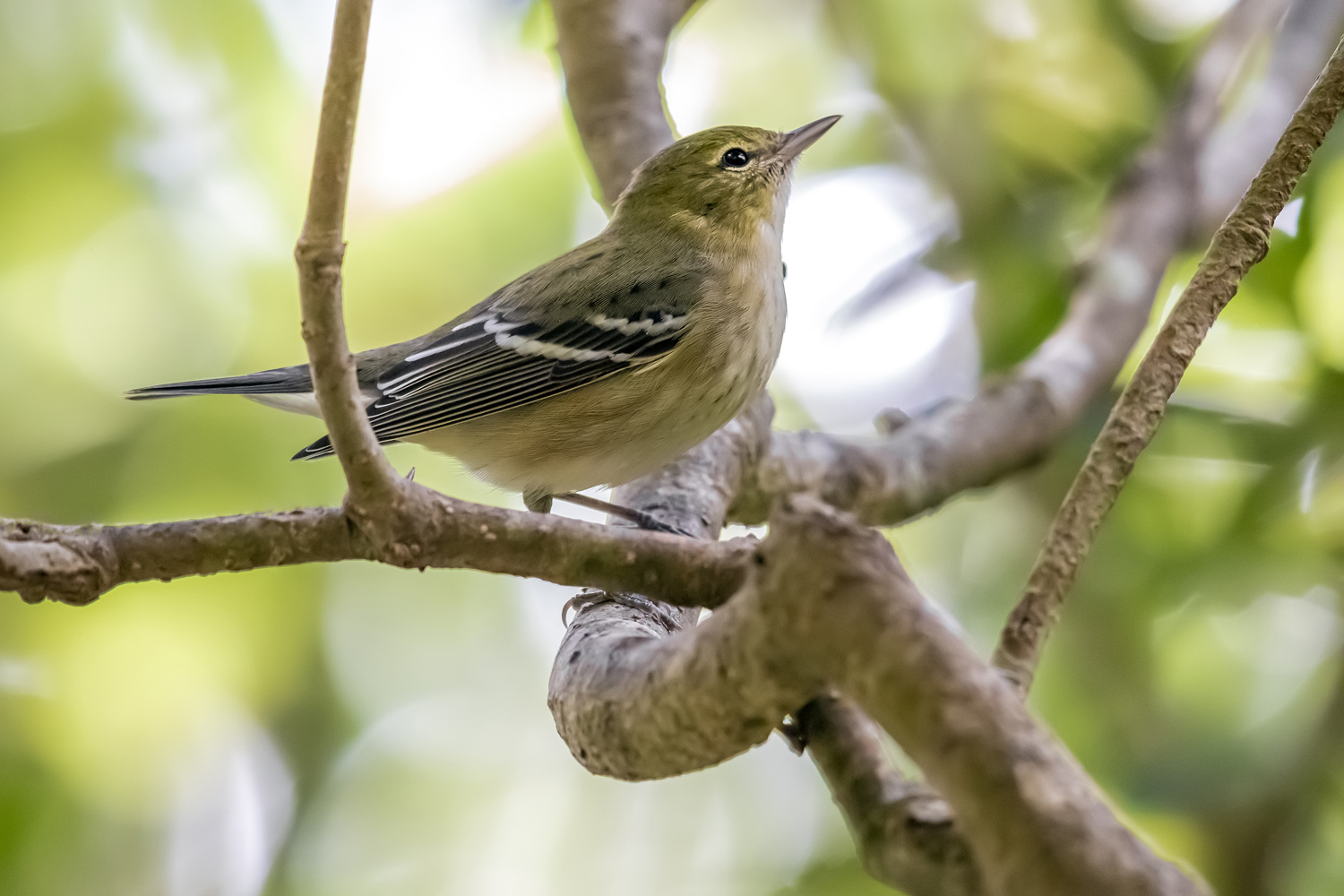 Following hot on the heels of Corvo's first in 2017, the island produced another Bay-breasted Warbler in mid-October 2018 (Vincent Legrand/www.vincentlegrand.com). 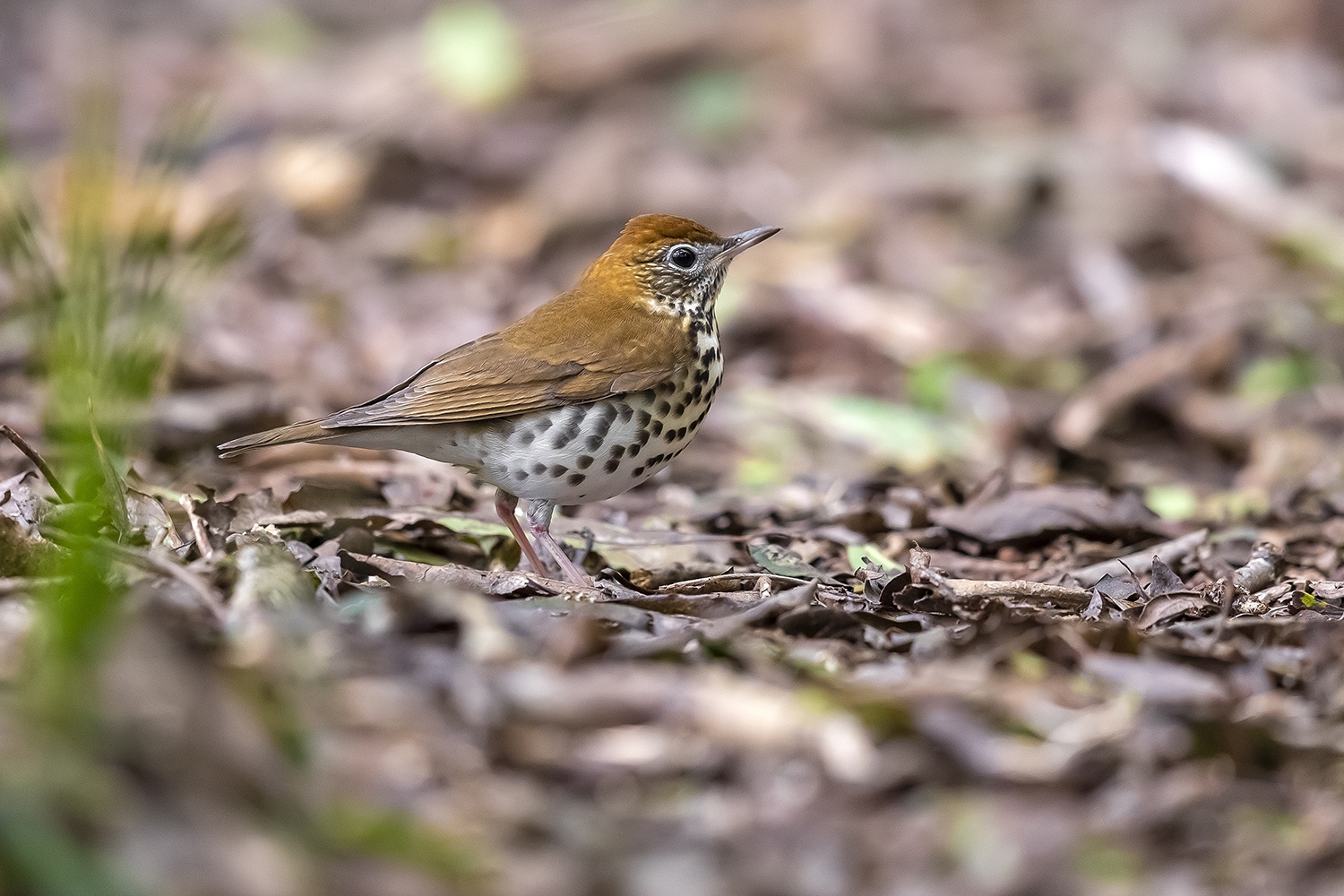 This stunning Wood Thrush showed well in the wood at Pico for an extended period after its discovery on 16th. It represents the second for Corvo, following an elusive bird in October 2012 (Vincent Legrand/www.vincentlegrand.com).

Though this seemed impossible to top, the following day (17th) produced a Blue Grosbeak. This first for the WP was found by Peter Stronach, Bob Swann, Ernie Davis and Marcin Solowiej. Other new birds that day included a Yellow-billed Cuckoo and up to six Indigo Buntings and seven Red-eyed Vireos. A Lincoln's Sparrow was unearthed on 18th, followed by Common Yellowthroat and Myrtle Warbler on 19th – all three being new species for the autumn.

By 19th the wind direction had swung round to the east and many birders presumed that the autumn was over. However, on 20th, a further two major American birds were found – White-eyed Vireo and Eastern Wood Pewee – as well as a new Dickcissel, an Ovenbird and the autumn's first Chimney Swift in the following couple of days. 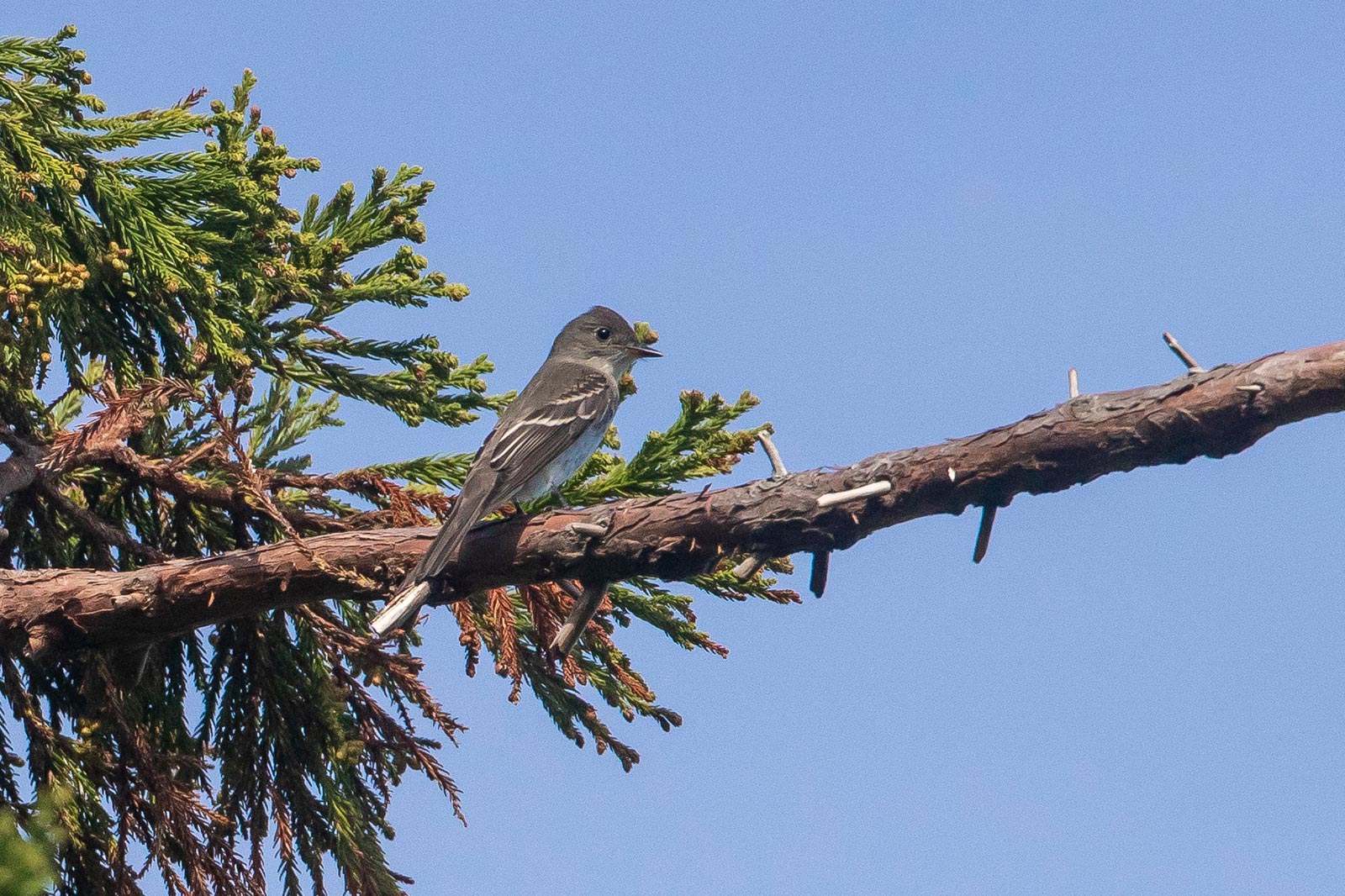 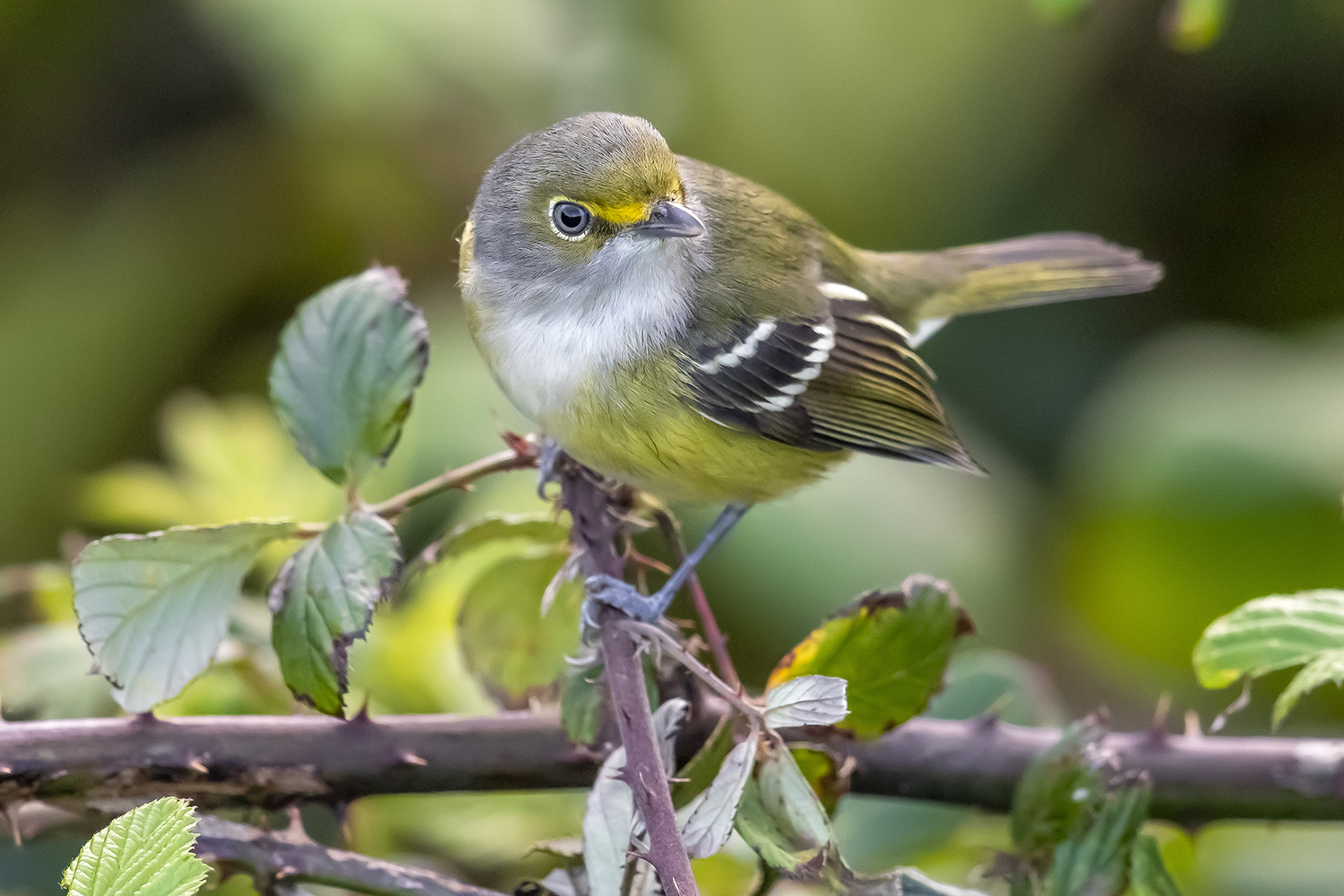 White-eyed Vireo is something of a Corvo speciality, with four records on the island since the first in 2005 – though this was the first since 2009 (Vincent Legrand/www.vincentlegrand.com).

A north-easterly breeze on 22nd unfortunately cancelled the plane – the island's short runway, which runs east-west, becomes dangerous to use in cross-winds, with an element of north posing the greatest risk to arriving aircraft. Almost another week passed before those birders could get off the island. Despite these frustrations, and indeed the winds continuing to blow from the wrong direction, a Magnolia Warbler and Sora were found in the last week of the month and, surprisingly, the Blue Grosbeak was rediscovered on 25th, having disappeared a week previously.

Nearby Flores, which had produced a steady trickle of landbirds throughout the month, had a female Black-throated Blue Warbler on 21st. Perhaps more impressive was the series of records of eastern vagrants from 19th onwards, including at least three Yellow-browed Warblers, a juvenile Pallid Harrier and a Red-breasted Flycatcher among the commoner European migrants such as Willow Warbler and Common Chiffchaff. 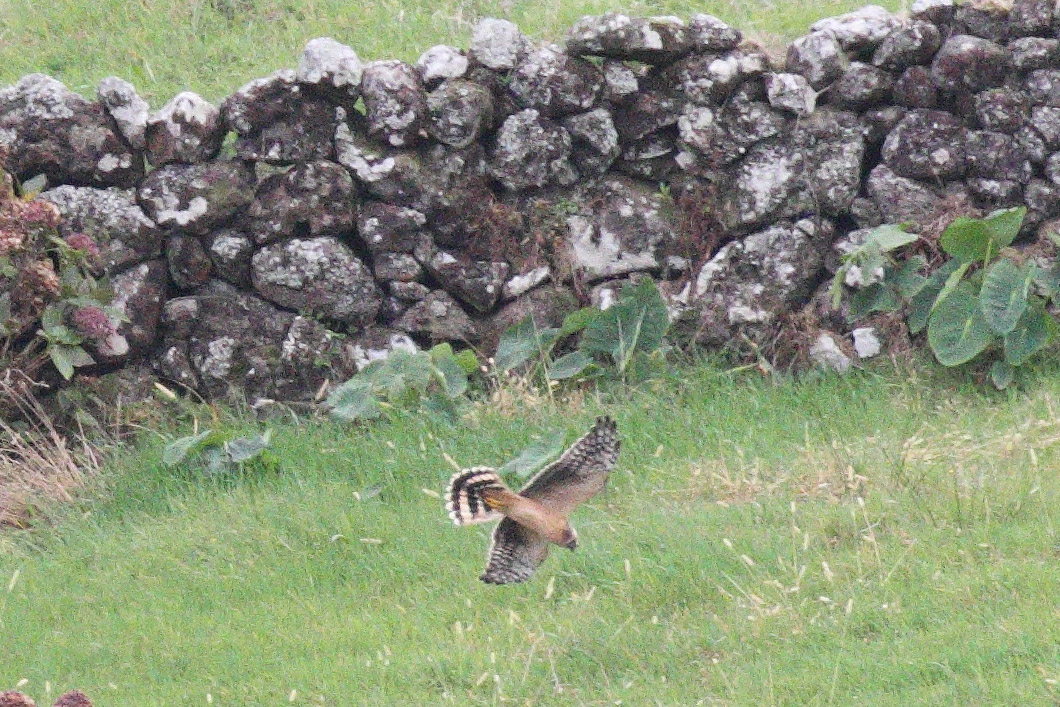 The first Pallid Harrier for Corvo and the Azores was one of the stand-out vagrants of the autumn (Peter Stronach).

Things quietened considerably into November and the number of birders spread across Corvo and Flores dwindled. However, Corvo produced a swansong on 3 November with an American Bittern in fields at Fojo, concluding another memorable autumn for this vagrant honeypot in the mid-Atlantic.

Unfortunately, due to the large numbers of birders now visiting Corvo, it is can be extremely difficult to book accommodation on the island. It is possible to camp, but Comodoro Guesthouse and other hotels are generally booked up years in advance. By comparison, there is less limited availability on Flores. Based on the latter island, it is possible to travel between Corvo and Flores on either a chartered boat or the ferry that crosses the channel twice a week (booking in advance is required). If you are interested in staying on Flores and would like more information please email me.

It must not be forgotten that birders often visit some of the other seven islands of the Azores on their way to (or back from) Corvo or Flores. Each also offers opportunities for rarity finding. A stunning Tricoloured Heron was found on São Miguel at the end of October, unfortunately a little too late for the majority of birders, who had already left the Azores. In early November, an American Kestrel was photographed on the rarely birded island of Graciosa, again highlighting the great potential of a late trip to this wonderful archipelago. 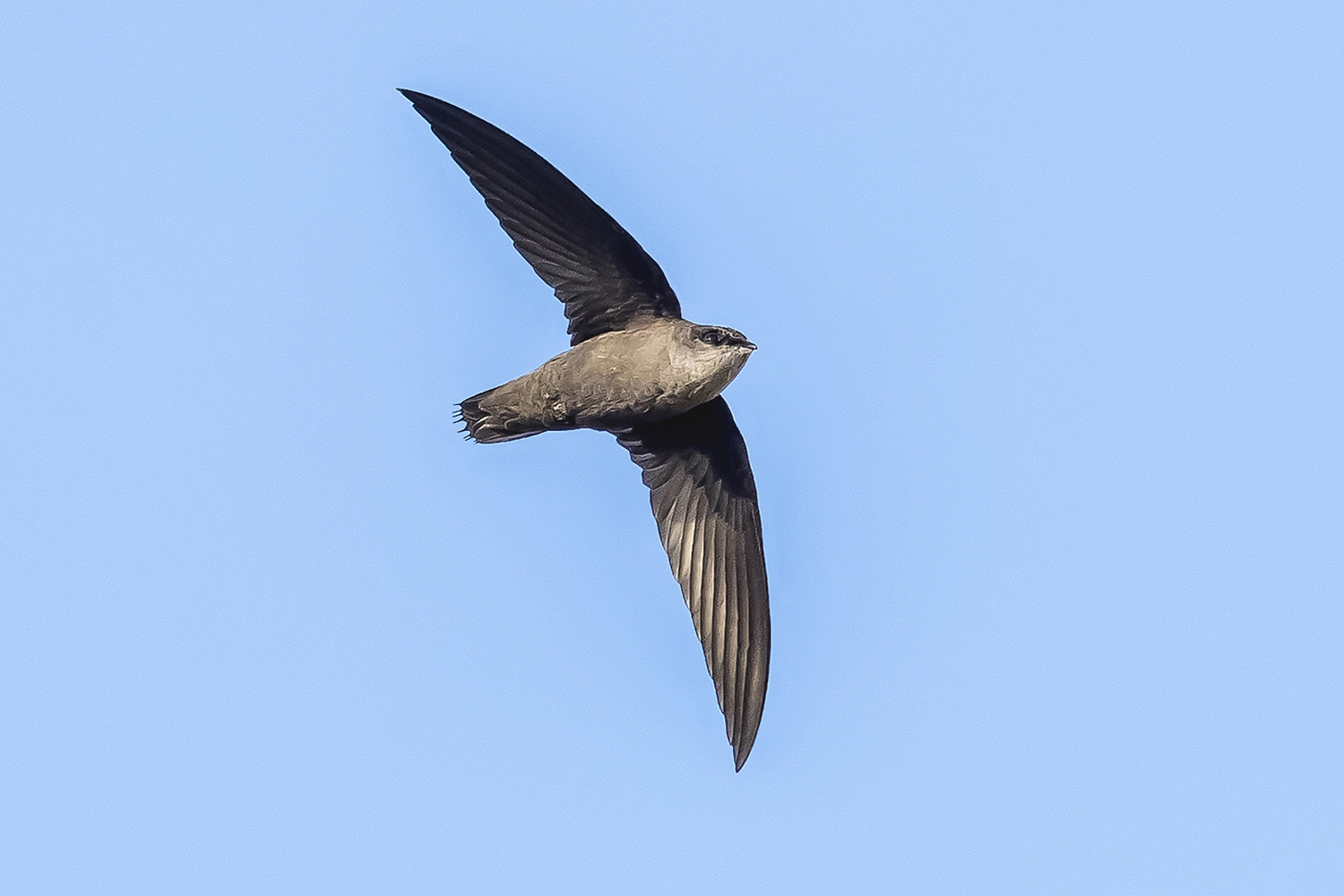 This Chimney Swift afforded fantastic views on Corvo for a few days in late October. At least four more were seen on Flores (Vincent Legrand/www.vincentlegrand.com). 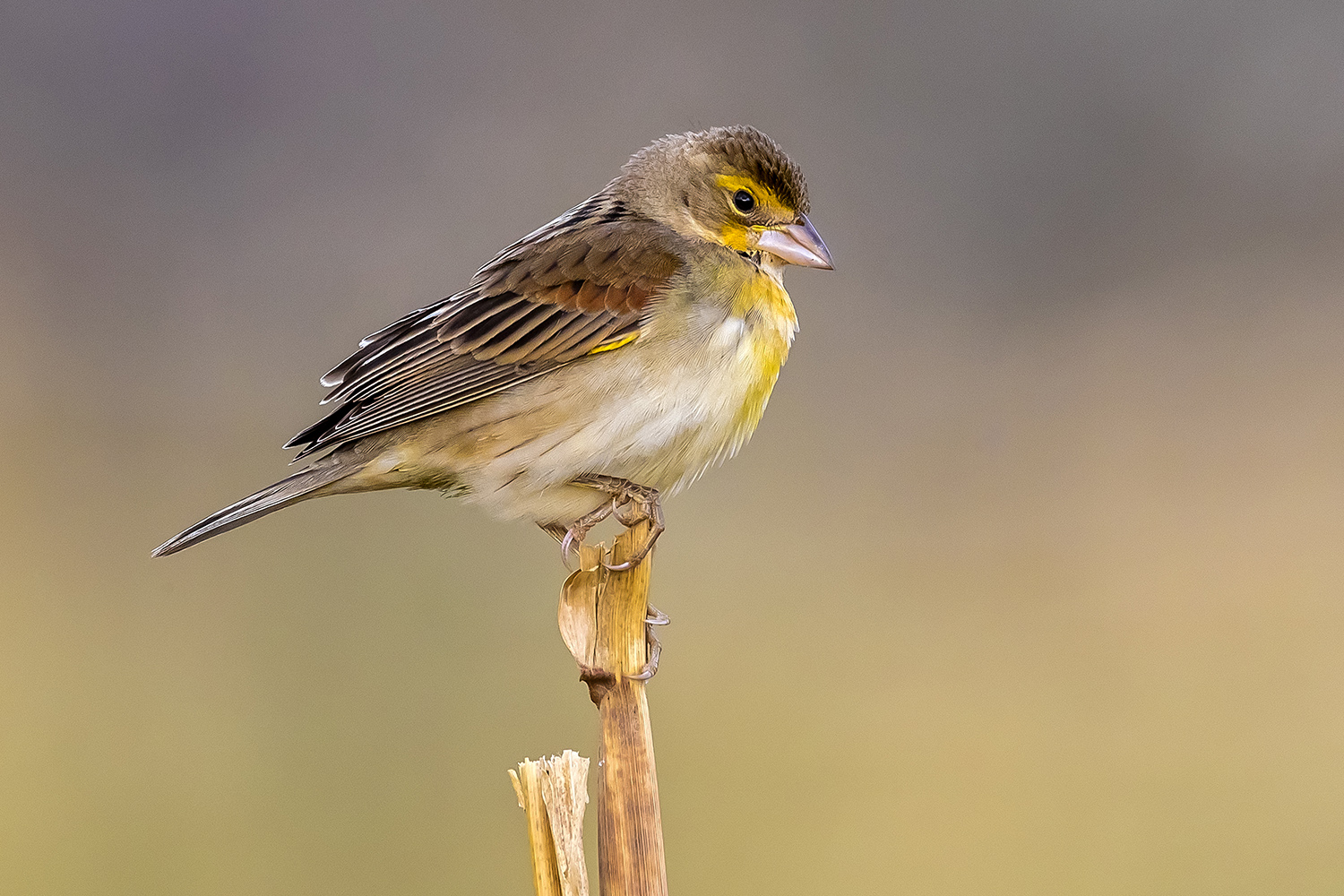 One of two Dickcissels seen on the island in 2018, this bird showed very well in the village for a few days (Vincent Legrand/www.vincentlegrand.com). 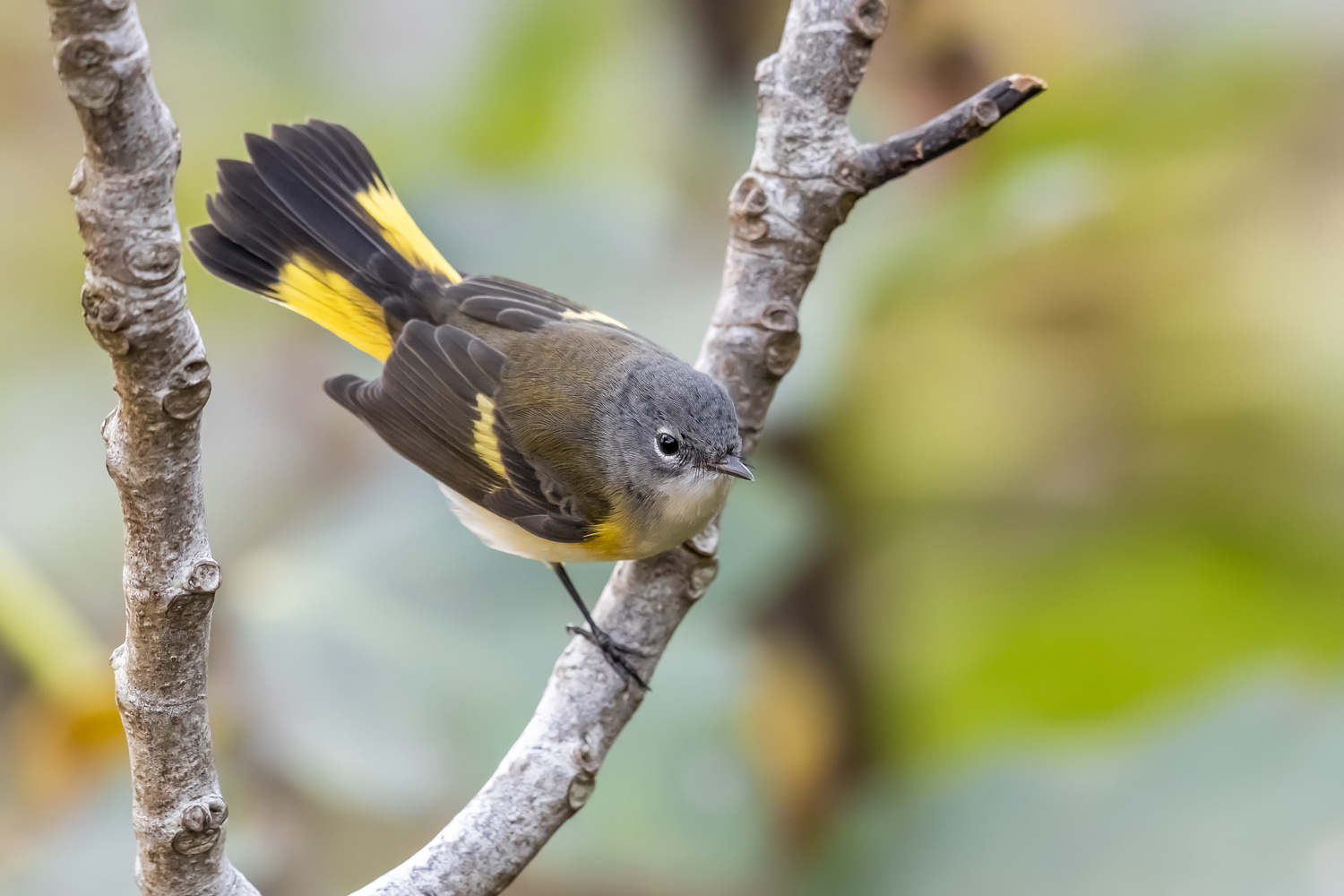 No fewer than eight American Redstarts were seen on Corvo in October 2018 (Vincent Legrand/www.vincentlegrand.com).

Autumn 2018: statistics at a glance 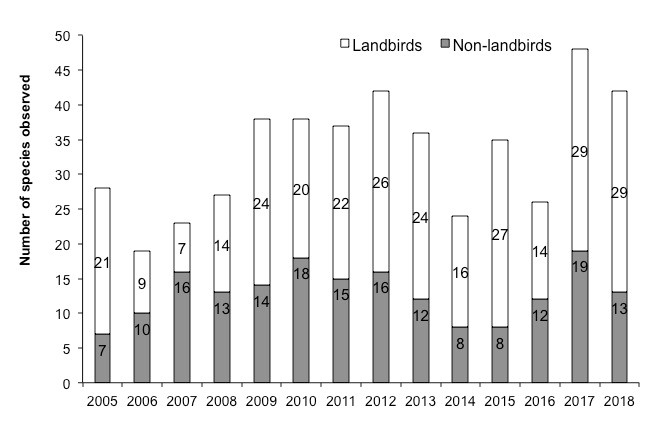 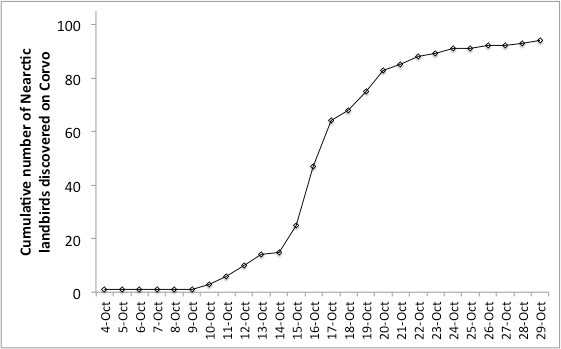 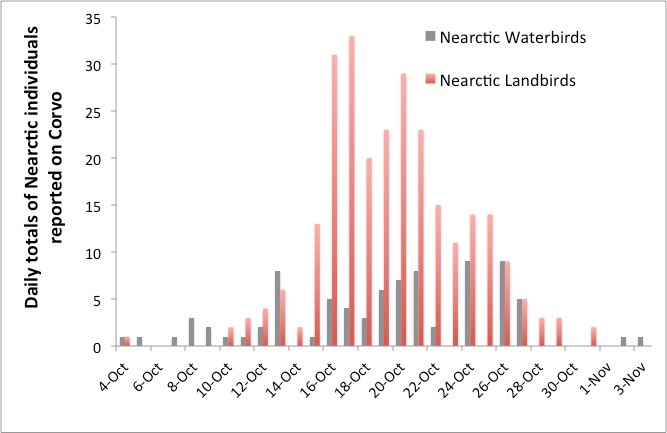