Young European Turtle Doves raised on a diet of seeds from non-cultivated arable plants are more likely to survive after fledging than those relying on food provided in people’s gardens, new research into Britain’s fastest-declining bird species has shown.

Ecologists at the University of Lincoln, Lincolnshire, investigated the dietary habits of adult and nestling European Turtle Doves – an IUCN Red List Threatened Species – breeding in the UK, using DNA analysis of faecal samples. They found significant associations between body condition and the birds' diet. 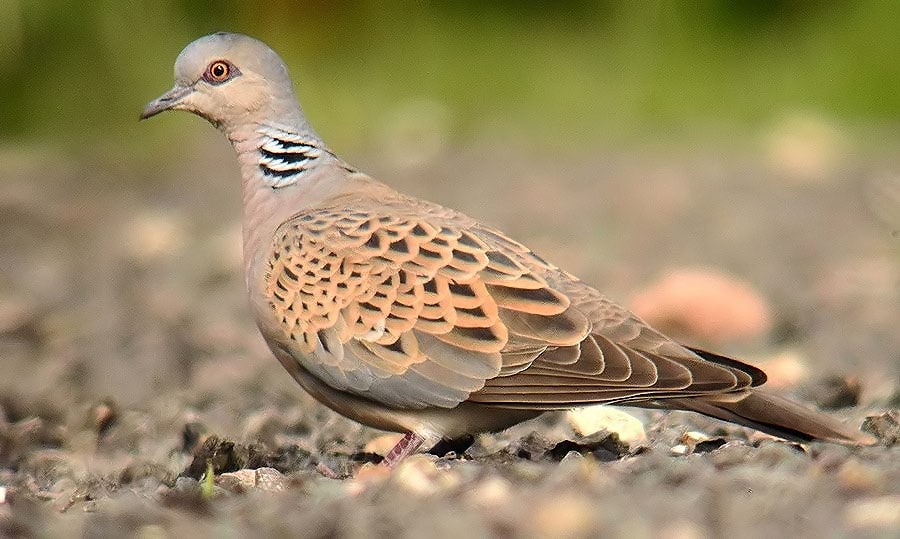 Nestling turtle doves still being fed by their parents were found to thrive on seeds foraged from non-cultivated arable plants such as Scarlet Pimpernel and Chickweed, but the birds were in poorer condition when their diet was high in seeds provided by humans in back gardens or public spaces. In contrast, adult body condition was better when more cultivated seeds such as wheat, oil-seed rape and barley were present in the diet.

Data collected for the study, which was carried out in collaboration with the RSPB, the University of Sheffield and Cardiff University, was compared with the results of previous studies carried out in the 1960s and 1990s. It revealed a fundamental shift in the species' diet, showing that the birds are now relying more heavily on food found in gardens, such as sunflower and niger seeds, than they did 50 years ago.

As the UK’s fastest-declining bird species, the results of the study have important implications for conservation strategies to save it. Previous research has shown that nestling birds with better body condition are more likely to survive after fledging, and strategies should be developed to provide the correct diet for the bird at each stage of its life.

Dr Jenny Dunn, Lecturer in Animal Health and Disease in the University of Lincoln’s School of Life Sciences, led the research while based at the RSPB. She said: “Turtle doves are the UK’s fastest-declining bird, with a loss of 98 per cent of breeding birds since 1970. Researchers are trying to tackle the problem by identifying ways to provide food resources for the species while they are breeding in the UK, but for this to be effective we need to understand the birds’ food sources and the impact they have on both adults and their young.

“The results of this study suggest that conservation strategies should include provision of anthropogenic seeds for adults early in the breeding season, coupled with habitat rich in accessible seeds from arable plants once chicks have hatched.”

To understand the diet of the birds, researchers caught turtle doves on breeding grounds at 11 sites across East Anglia and extracted DNA from the faecal samples which enabled them to identify the diet of each bird. Their body condition was also examined, and nest sites monitored.

Further research is now needed to link the findings of the study to the use of habitats provided for turtle doves through agri-environment schemes.