A team of scientists from the University of St Andrews, in collaboration with colleagues from the UK, Norway and Denmark, has been analysing the flight patterns of Barnacle Geese over the past half century. 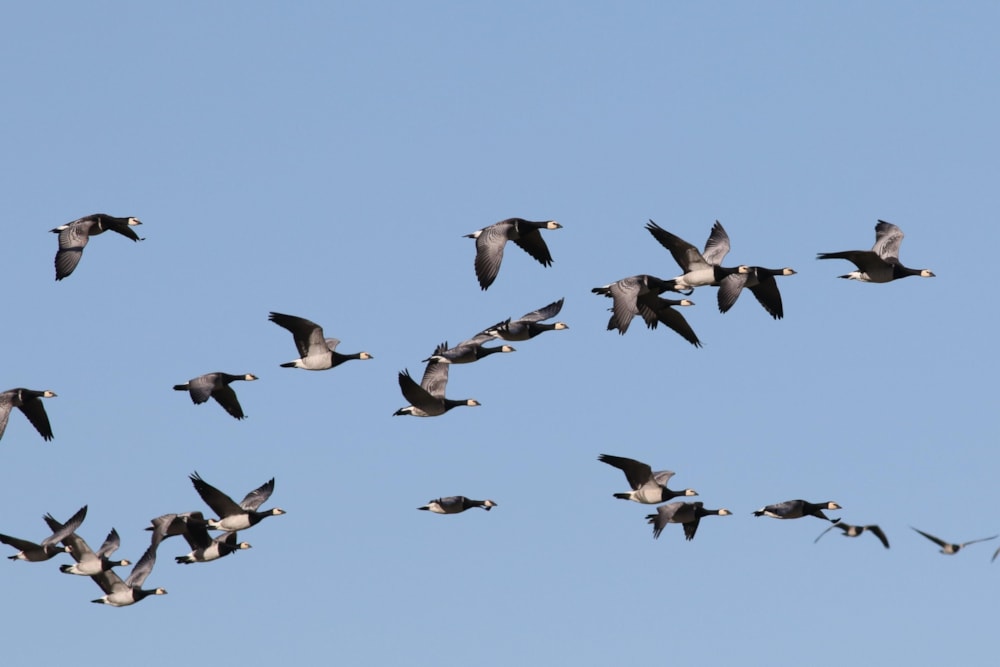 Barnacle Geese are stopping off further north on their journeys to breeding grounds (Derek Forshaw).

The species breeds in Greenland and Svalbard but spends winter further south with thousands visiting Britain, primarily Scotland, each year, mostly to the Solway Firth and Islay. The study is the first hard evidence that wild animals are changing their behaviour in response to warming of the planet.

Barnacle Geese traditionally stopped off to fuel-up on food just south of the Arctic Circle in Norway on their journey from Britain to nesting sites on Svalbard. Nowadays, though, most of the flocks break their journey in northern Norway, well within the Arctic Circle. The studies also suggest geese are learning the new habits from each other.

The findings are based on analysis of 45 years of observations by the Norwegian Institute for Nature Research, the University of St Andrews, the University of Groningen in the Netherlands, BirdLife Norway and the British Waterfowl and Wetlands Trust.

Dr Thomas Oudman, of the School of Biology at the University of St Andrews, said: "It makes sense that the birds went even further north, because where snow used to be very common there at the time of their arrival in Norway, these days it is often freshly green there: the most nutritious stage.

"What surprised us is that it is mainly the young geese who have shifted. The youngsters are responding to a trend they could not have experienced during their short life."