Warmer seas not so cool for Cormorants

Cormorants have started to move further north as the seas warm, but they then face an exhausting migration south to escape the Arctic night, scientists have found. Until now it was thought that Cormorants, in contrast to polar bears, could actually benefit from climate change. Populations have been growing as the seas around Greenland warm, letting the birds expand their range into more northerly areas that are now ice-free over summer. But new research shows that light, not just temperature, may limit where they can live.

Cormorants do not have great underwater vision — they can see fish only up close, and need certain minimum light levels to hunt. So when the Arctic night closes in, they fly south from their summer breeding grounds to spend the winter in sunny southern Greenland. Professor Graham Martin from the University of Birmingham, who led the international research team, has found that this journey may limit how far north the birds can breed. "It's as if they are on a bit of elastic that's tethered down in southern Greenland — that's where they've got to be for the winter," he explains. "The further they go north to breed in the summer, the more the elastic is stretched. So they are stuck where they are, regardless of how much warmer it gets further north." 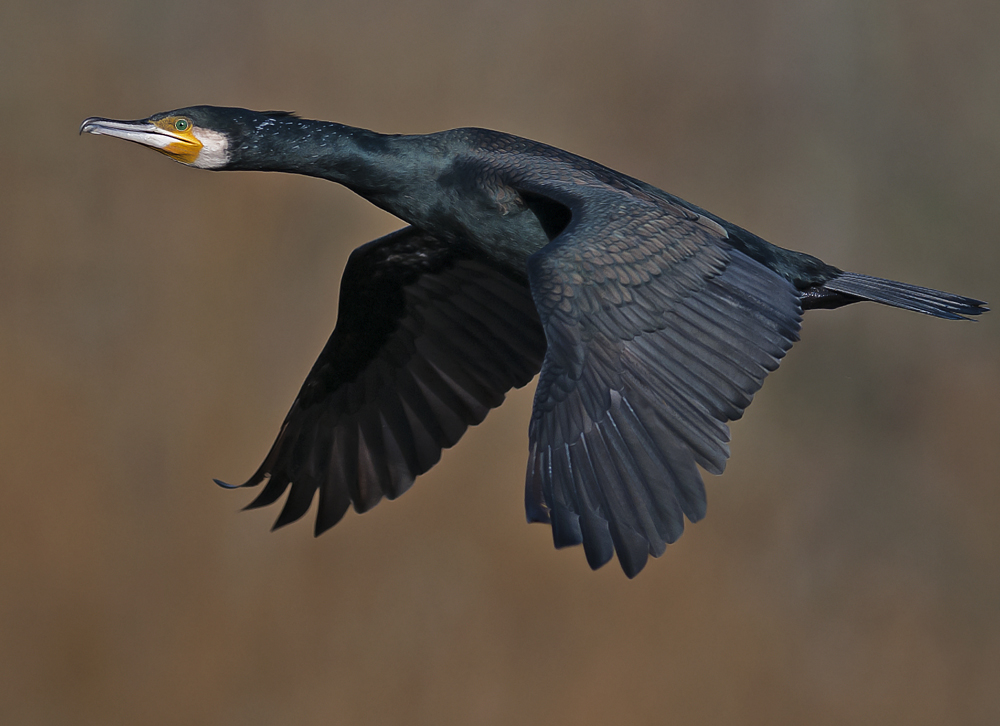 To work out how much energy the birds were using, the researchers travelled to one of the summer breeding grounds of the Great Cormorant at Disko Island, off the coast of west Greenland. They caught ten Cormorants and attached leg bands containing small data loggers which would record temperature and light levels regularly throughout the day. The next year, they returned to the island to recapture the Cormorants, which tend to return to the same nesting sites. They managed to retrieve four out of the ten loggers, and used the data to estimate how much energy the Cormorants were using to keep warm and to catch fish. The devices also recorded the birds' rough location over winter, so the team could assess how much energy they were using to fly south.

The results showed that the birds saved a lot of energy by moving south for the winter. Not only did they spend less energy keeping warm, but they could fish more easily in the longer and brighter days. But the long flight south was taking its toll. "When we look at their energy expenditure over the whole year, including the migratory journey, they're pushing quite close to the limit because they are not really very good flyers," explains Martin. "Because they are adapted for diving, the wings are a compromise."

This finding could also apply to other predators that depend on light to catch their prey, including polar seabirds such as auks. So it seems that we cannot simply assume that a warmer climate will benefit some species; we need to look at other factors, such as daylight hours, that also limit their distribution.