Wader 'shrinks' due to climate change

A migratory shorebird has 'shrunk' in size as temperatures increase on its Arctic breeding grounds.

The migratory Knot, which migrates through and winters in Britain in its tens of thousands each year, may have a lower survival chance on a different continent, new research has discovered. The species is a record-breaking migrant which can fly up to 2,000 miles non-stop.

A paper published in the journal Science looked at a 30-year study at one of the species' stop-over sites in Russia, and biologists now think that a shrinking body size is probably a response to climate change, and this may be true in other species too. 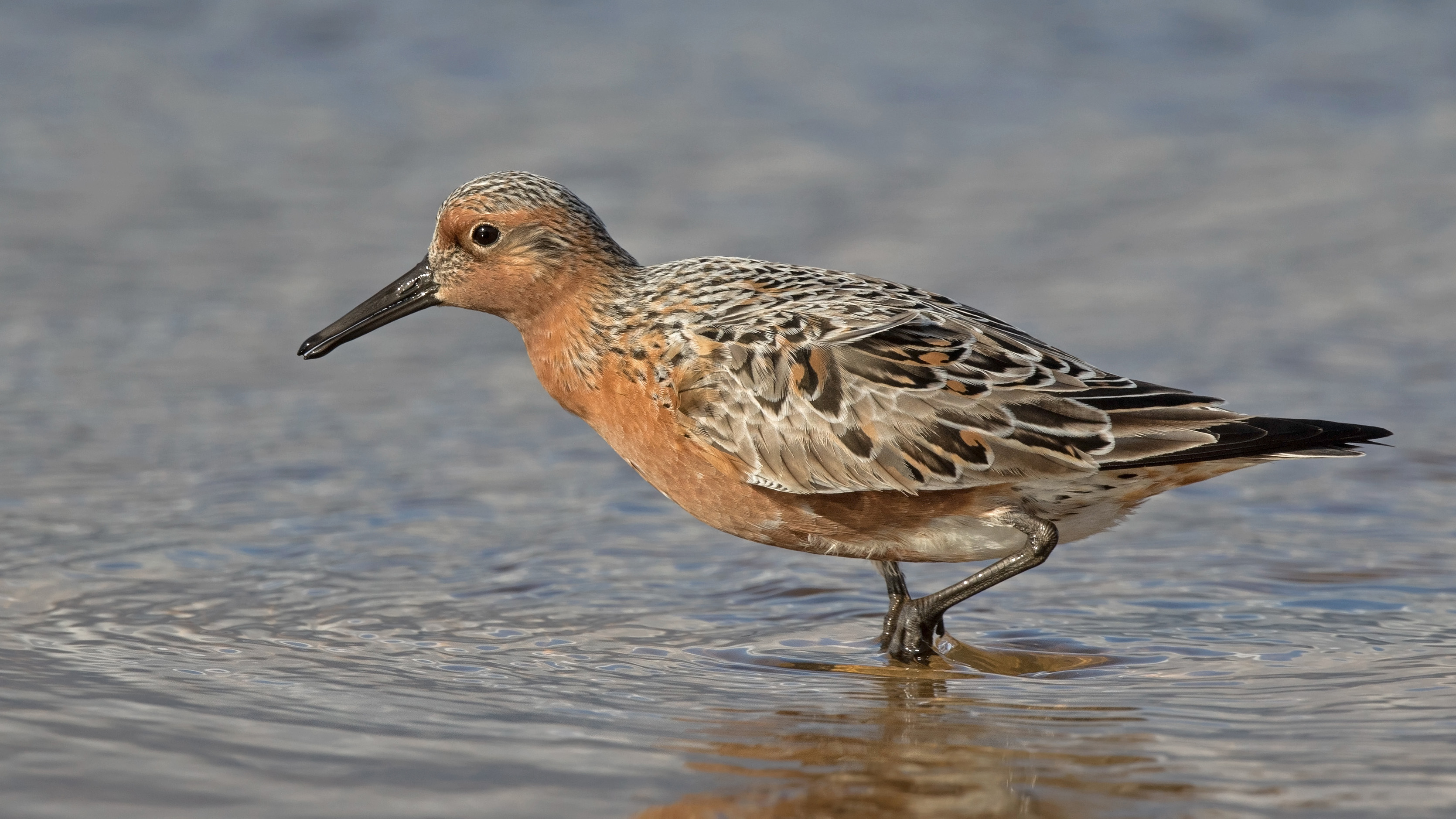 Lead researcher Dr Jan van Gils of the Royal Netherlands Institute for Sea Research and Utrecht University told the BBC's Science in Action programme: "We see a change in body size and also a change in body shape. What is peculiar about this is that we have strong evidence that this is an effect of climate change and people have seen in other species changes in body size in response to climate change."

Over the course of a 30-year period, the date of the snow melt in the Arctic had move forward by more than two weeks but the birds produced smaller and smaller offspring during this period, probably because the young chicks missed the species' main food supply at the time of the thaw.

Gaining a smaller size in response to climate change results in a lower survival rate, and the birds pay the price on arrival on their African wintering grounds. Analysis of the diet of individual Knot in Africa found that birds with longer bills could forage more molluscs from the mud, but those with a shorter bill could not reach the food and were forced to eat less nutritious prey. The birds which made it to adulthood were the smallest with comparatively long bills.

The study concludes that long-term changes in the structure of Arctic wading bird bodies can affect their survival on their tropical wintering grounds, and can have important ecological consequences halfway around the world.