Vocal nocturnal migrants most likely to collide with buildings

Researchers have found that birds using faint, high-frequency nocturnal flight calls (NFCs) during migration are often losing their bearings, crashing into buildings and, possibly, luring more birds to their death. The study, published in Proceedings of Royal Society B, examined 40 years' worth of bird collisions in Chicago, Illinois, as well as one year of data from Cleveland, Ohio, totalling some 70,000 records from 93 species.

The study found that a key but poorly understood social cue for nocturnally migrating passerine species to call strongly relates to a species' response to a disruptive environmental stimulus (in this case, artificial light). In previous studies it's been proven that the rate of NFCs among nocturnally migrating birds increased around artificial light, with this new study proposing a related interaction between flight calling and collisions with buildings. As a result, it's suggested that flight calls serve as a social attractant around artificial light, where the presence of calling individuals attracts more birds that utter and use NFCs, which in turn puts more birds at risk of collision. 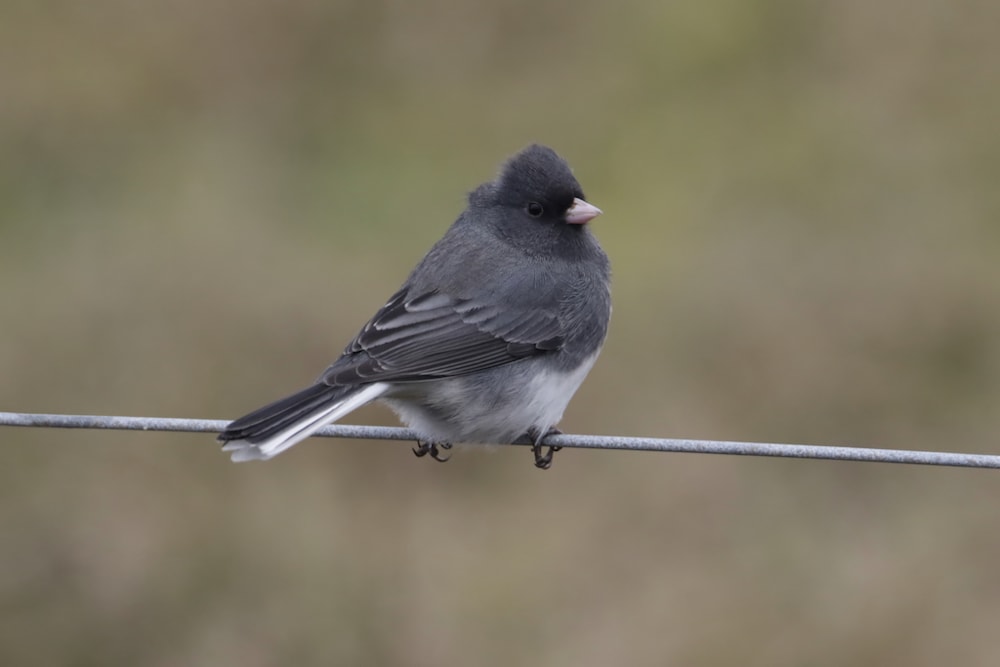 In North America, Dark-eyed Junco has one of the highest collision rates due to artificial light (Sean Gray).

Naturally, with more birds attracted to areas with high levels of artificial light, mortality rates increase. So, NFCs – the main tool these migrating birds use to negotiate their journeys – may in fact have a detrimental when birds are flying over illuminated and built-up areas, creating something of a vicious cycle. By demonstrating this relationship between NFCs and building collision rates, the study shows the importance of evolutionary context for successful flock decision making – as well as the possibility of flock cohesion to rectify mistakes en route. Whatever the social cue behind an NFC is, it could well increase the chance of individual error when birds encounter such troublesome and unusual stimuli (such as artificial light).

While the sheer amount of deaths caused by collisions linked to artificial light is undoubtedly a modern and human-created problem, there are older anecdotes of similar issues caused by 'non-electric' light. In March 1906, naturalist Witmer Stone witnessed a large number of nocturnally migrating birds flying over a huge wood fire in Philadelphia, drawn lower by the light being omitted. Most flew over unaffected, but some flew too close: "Up in mid-air, apparently clear of flame and smoke, though evidently within range of the terrible heat, a slender thread of silvery smoke came trailing out from the unfortunate bird, like the unfurling of a skein of yarn; it would fly wildly and then, bursting into flame, fall into the roaring furnace below. I saw 20 or 30 birds perish thus during the evening". Stone determined that most of the dead were Song Sparrows and Dark-eyed Juncos, two of the species with the highest modern rates of collision due to artificial light.