There was a time when any scoter with a white wing-bar was simply a 'Velvet'. Not any more, as what was once regarded as a single Holarctic species has been divided in two: North American birds have been split as White-winged Scoter, with an equally distinctive Asian subspecies, Stejneger's Scoter, which itself may be separated at species level. Both White-winged and Stejneger's Scoters have now been found among scoter flocks in British and Irish waters, highlighting the rewards for the vigilant observer.

Click on the image below for a downloadable PDF of this ID photo guide. 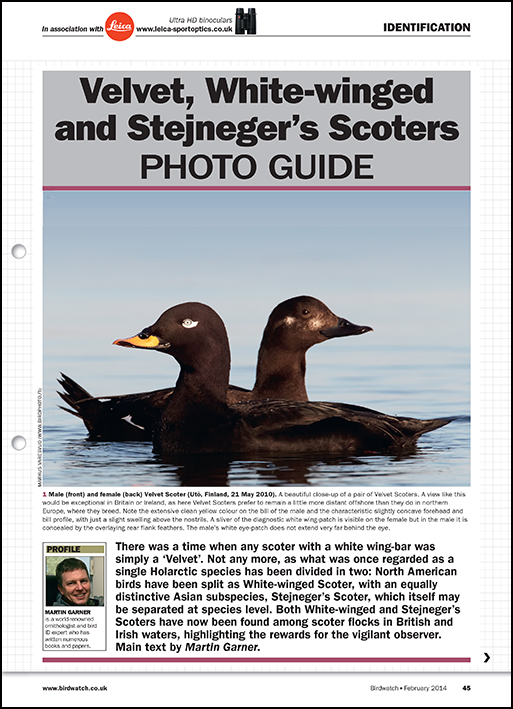