“Rock Thrush!” both I and the driver shout simultaneously as we swerve down a rough mountain track. This iconic Mediterranean upland species may not seem to deserve quite such elation, but when it’s the one bird you were hoping to find but had managed to miss so far on an exploration of the mountains of Castillo del Poyo, the excitement generated by its appearance can be palpable. 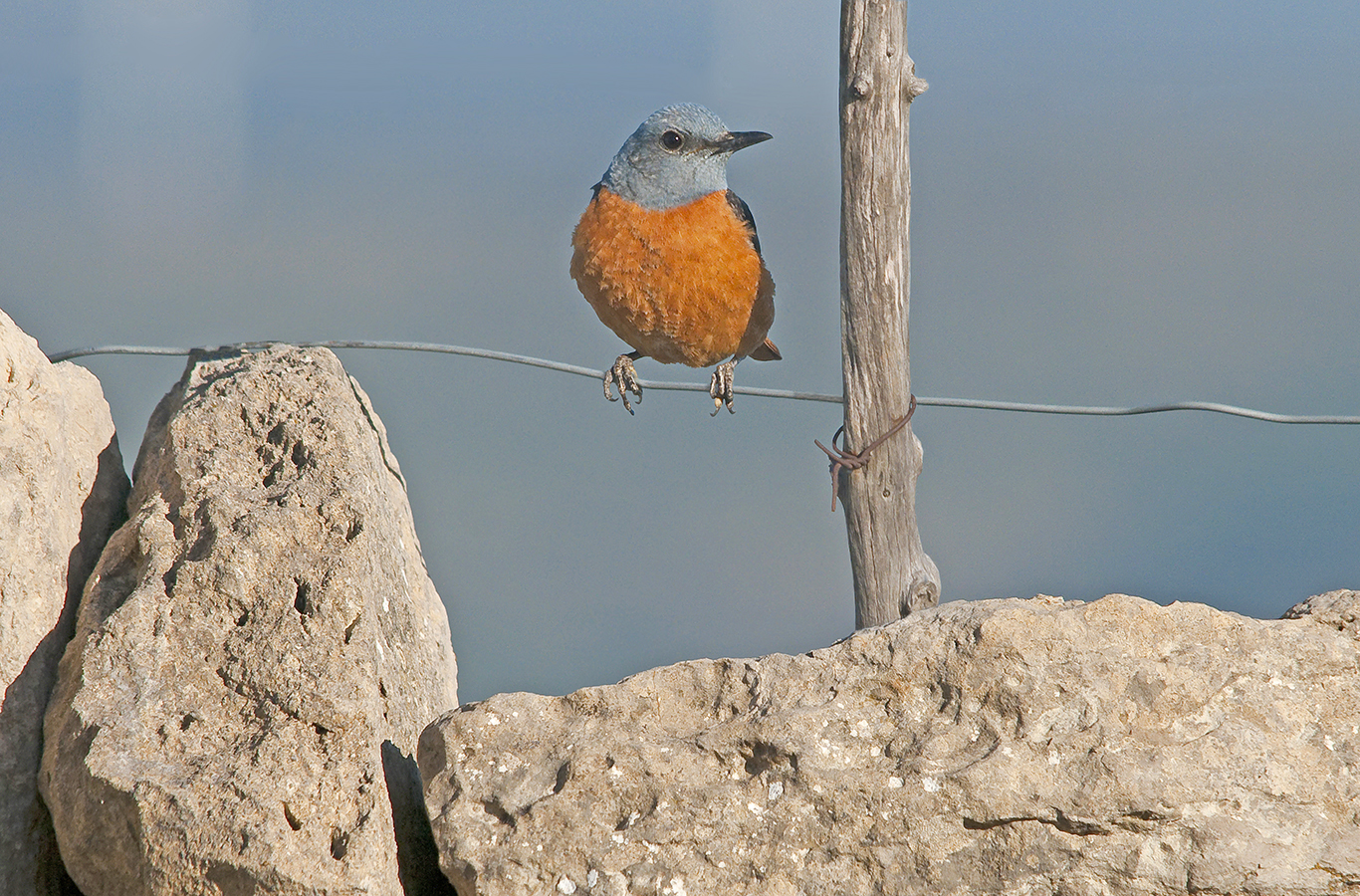 Common Rock Thrush frequents Castillo del Poyo and other uplands in the region, and can show well (Valencia Birding). 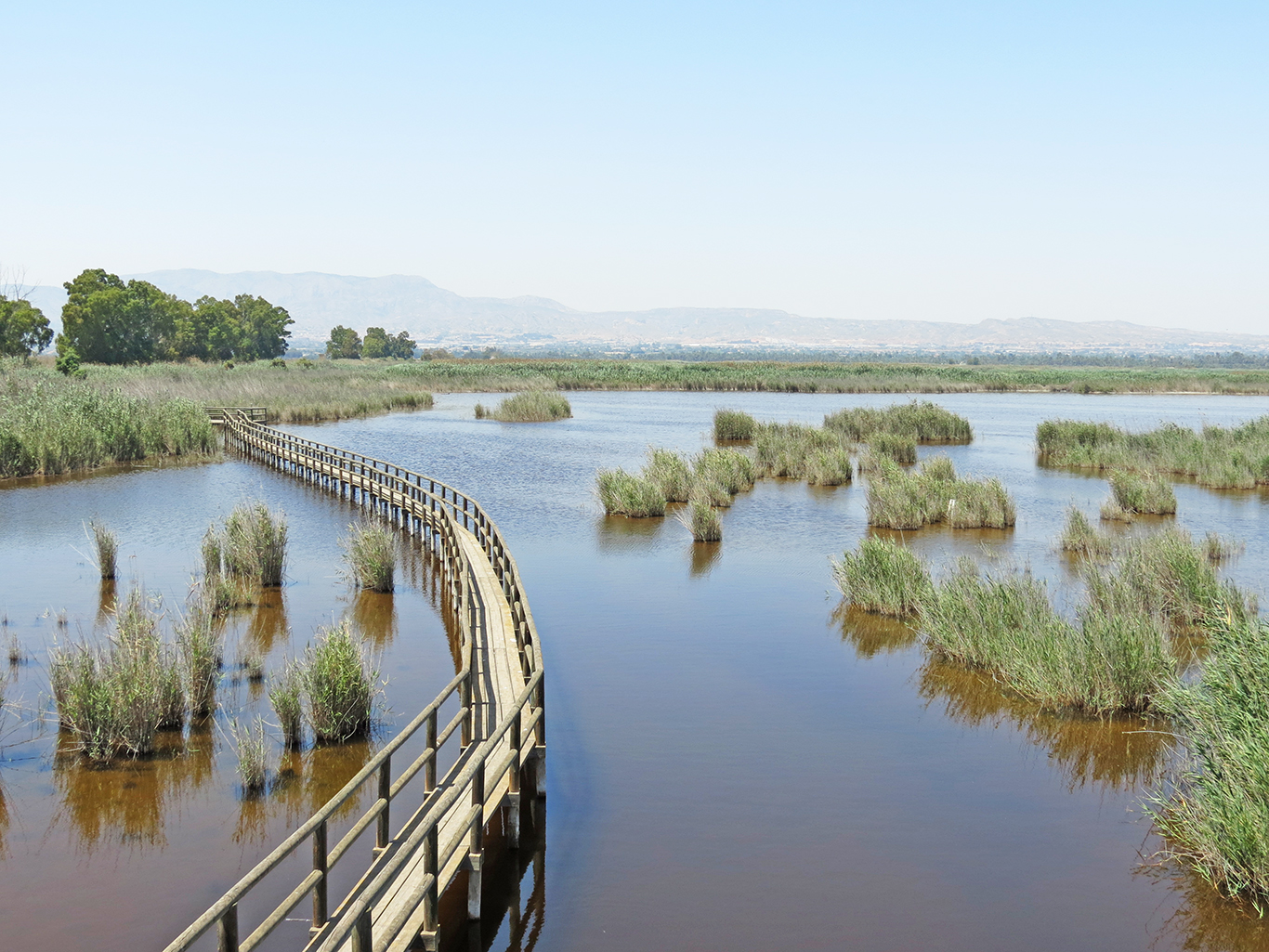 The huge wetland reserve of El Hondo, near Valencia, is composed of reclaimed reservoirs (David Callahan). 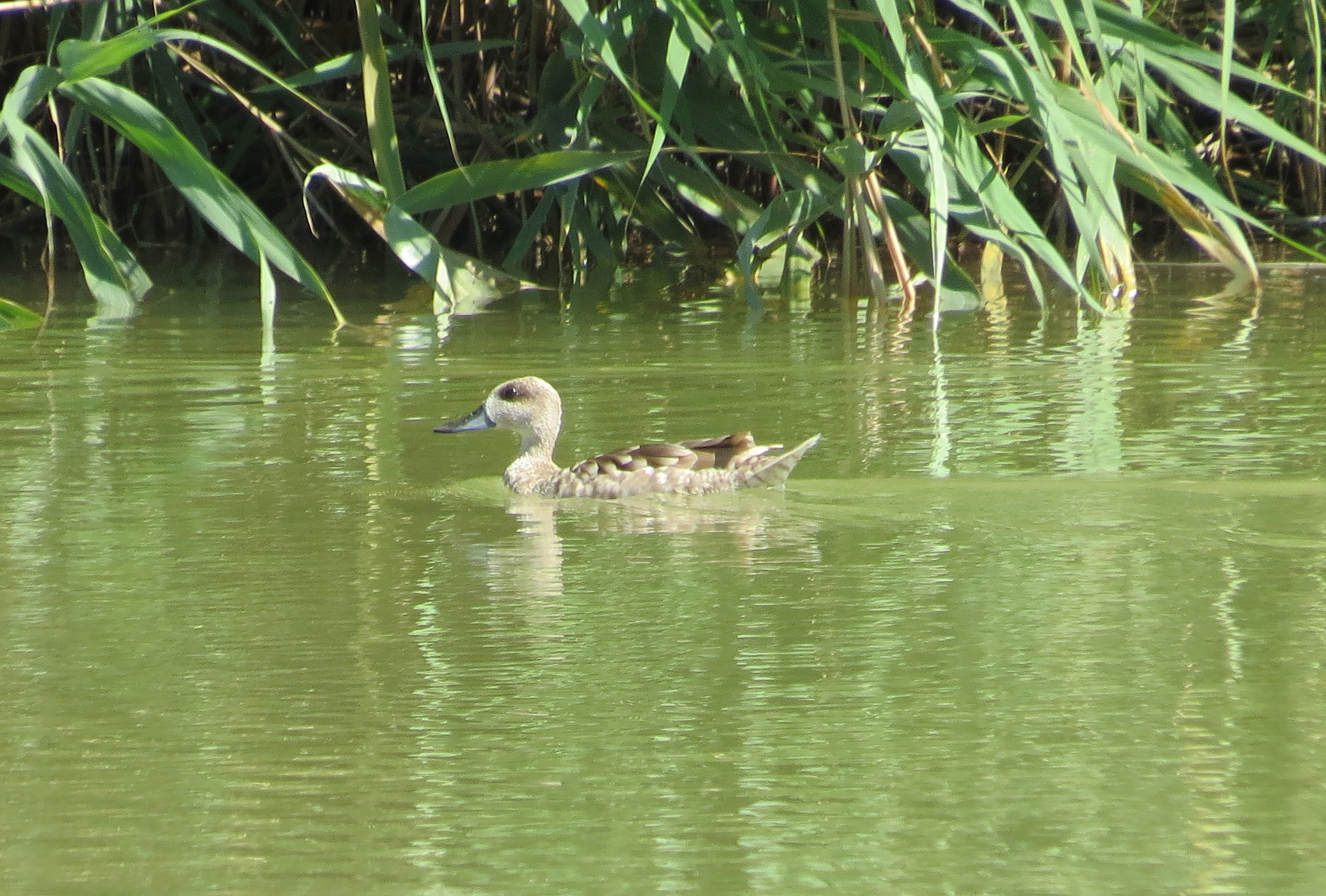 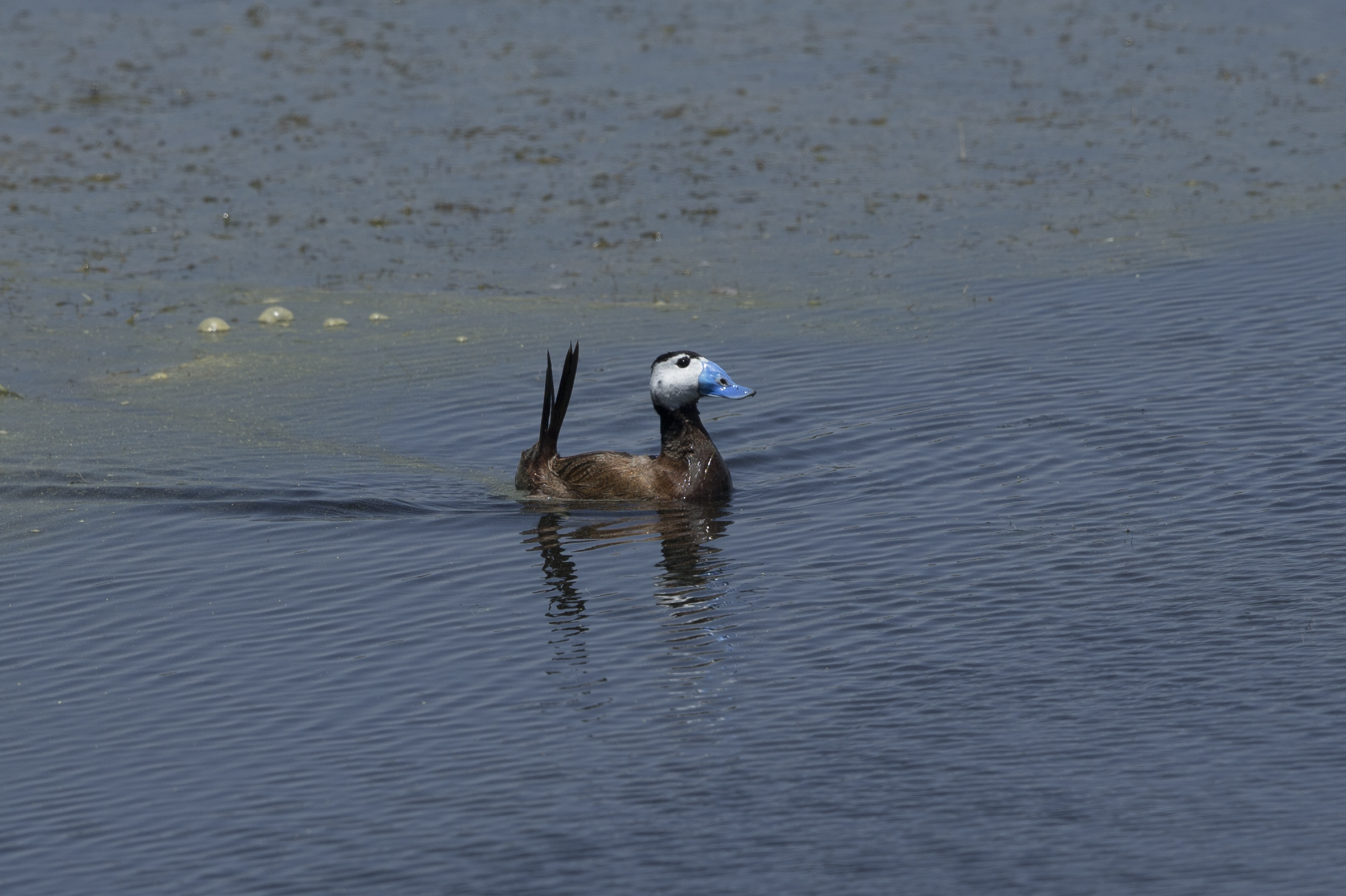 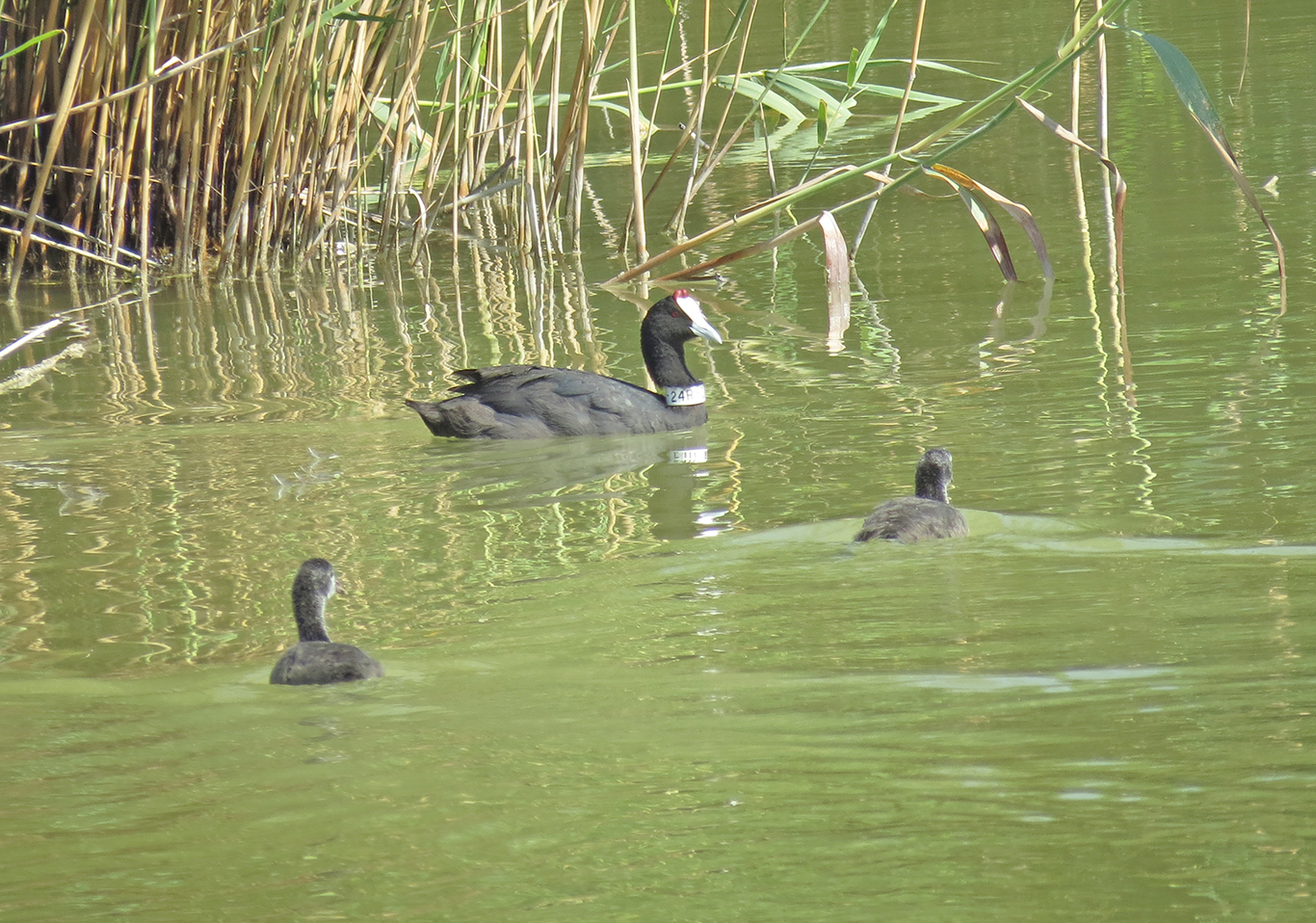 Above are the three species of waterfowl most wanted by visiting birders: Marbled Duck (top, photographed by David Callahan), White-headed Duck (middle, Jeff Baker) and Red-knobbed Coot (above, David Callahan). All are subject to reintroduction schemes, and coots can sometimes be seen sporting tell-tale neck rings.

An even shorter drive after lunch took us deep into the massive area of ex-agricultural reservoirs known as El Hondo (El Fondo in the local dialect), with towering reeds reaching more than 6 m in height and a number of elevated hides from which to observe the location. By the time you reach the first hide, you will have seen numerous Purple, Squacco and Black-crowned Night Herons, Little Bitterns and Great Egrets, as well as been deafened by the guttural croaks of Great Reed Warblers. Moustached Warbler and Eurasian Penduline Tit are also present, but the headline acts at this open arena are Marbled and White-headed Ducks and Red-knobbed Coots, all of which are present in some numbers and easy to see in the form of both reintroduced and wild individuals. At least 40 White-headed Ducks were on the water during my visit, with several each of the other two species.

Whizzing over the Black-necked Grebe-rich pools were many hirundines including Red-rumped Swallow, while the mud and Great Cane is stalked by Glossy Ibises, Eurasian Spoonbills and Purple Gallinules. Iberia is a veritable box of delights from which many of our southern scarcities and vagrants arise.

But the region isn’t just about the marshes. Forming the apex of a triangle with the two wetlands sites are the date palm groves on the outskirts of Elche – superficially an unpromising monoculture of trees and ploughed mud, but the reliable home of a local speciality: European Roller. A few minutes cruising the tarmacked farm roads, and we saw our quarry. Turning off onto a rutted muddy farm track brought us close enough for photos of a stunning orange-and-blue adult on overhead wires, while two more birds were seen shortly afterwards. The surrounding area added several Hoopoes, Iberian Yellow Wagtails and many of the ubiquitous Spotless Starlings to our tally. 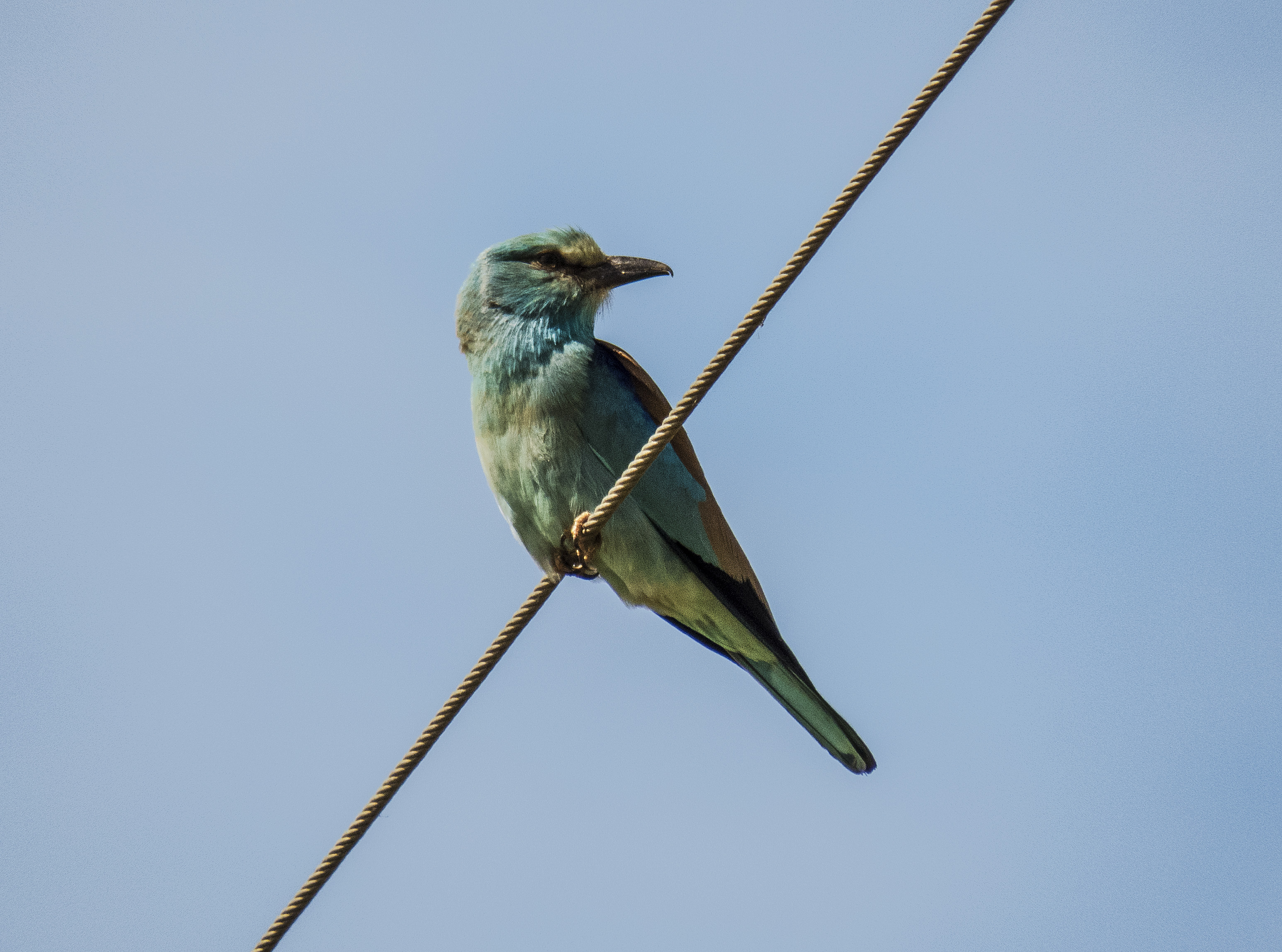 European Roller can be found in numbers in the date palm groves of Elche (Valencia Birding).

In the late afternoon, taking in a stop to watch a thermalling third-calendar-year Golden Eagle, we headed north towards the Parc Natural de la Serra de Mariola, in particular a gorge above the road where more Golden Orioles were seen, along with Common Nightingale and European Serin. The gorge itself gave up a freshly taxonomically split Iberian Green Woodpecker, Blue Rock Thrush, Chough and singing Rock Bunting. We stayed overnight in an old but comfortable hotel at Banyeres de Mariola, where Pallid and Common Swifts and Red-rumped Swallows hawked well into dusk. 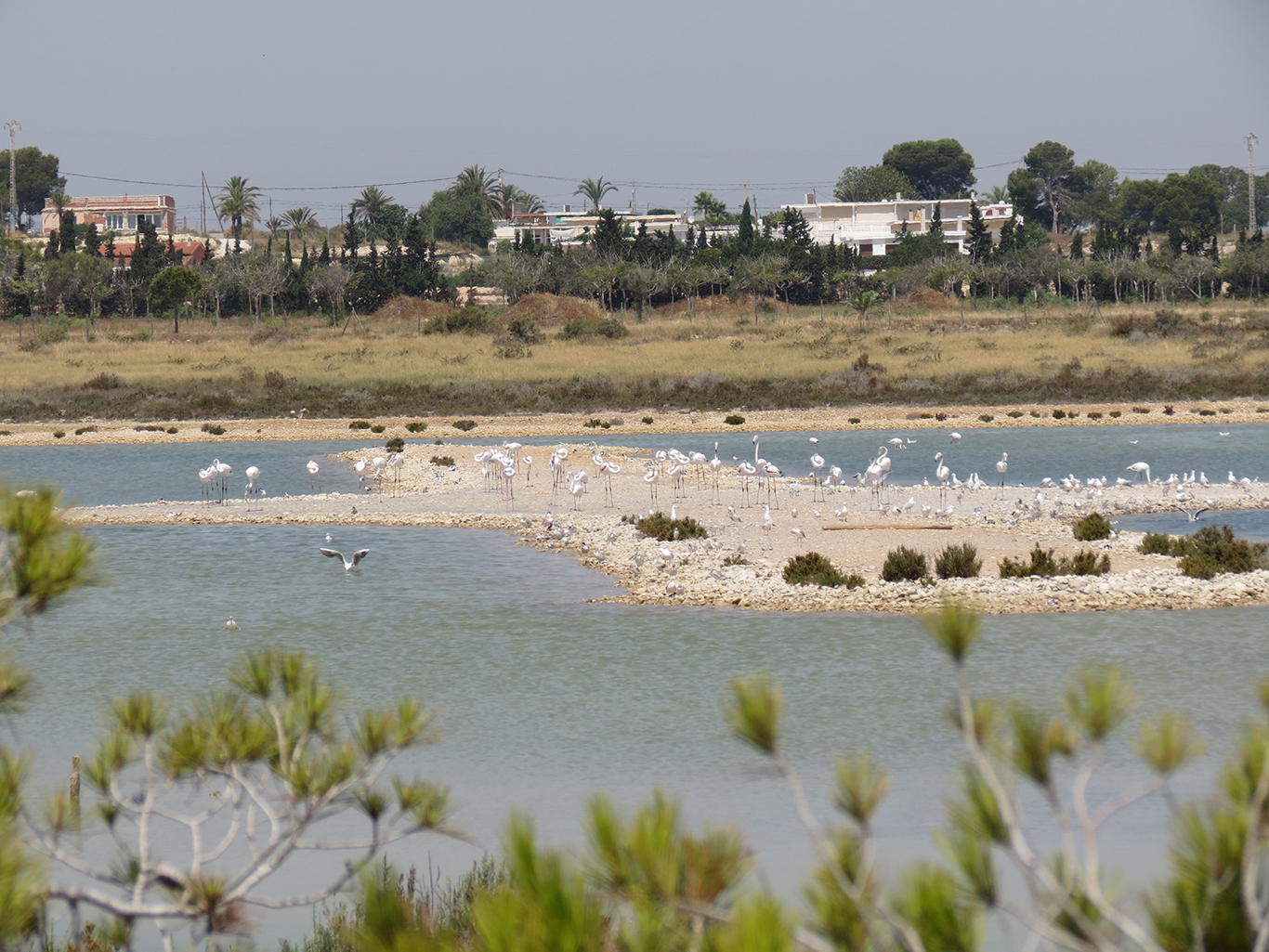 The extensive salt pans of Santa Pola are only a few minutes’ drive from Valencia, and hold a roost of non-breeding Greater Flamingos among hordes of terns and other waterbirds (David Callahan).

The next morning we visited the Parc Natural de l’Albufera de València. These former rice paddies hold extraordinary numbers of the Mediterranean’s large wading birds, as well as providing close-up views of Gull-billed Terns and, more notably, Audouin's Gulls drawn in by the abundance of red crabs which haunt the waterlogged plots.

Add to this showy Black and Black-eared Wheatears, Tawny Pipit, singing Spectacled Warblers, Black Redstart and fly-over Common Crossbills, and you begin to get a feel for this arid but intensely avian highland zone, productive even at the end of the breeding season in the glaring Spanish sun.