Despite frequent spells of good weather in both summer and autumn, the 2013 season was a relatively quiet one for rare and migrant dragonflies. The one exception was provided by Vagrant Emperors (Anax ephippiger). This species is primarily African or south-west Asian in origin, but is a well-known migrant that frequently penetrates into southern Europe. British records are, however, rare, with many years seeing none at all, or at most just one or two individuals being reported. Irish records are rarer still, with — until this year — only a handful of individuals recorded over the past hundred years.

On 12th August 2013, a female Vagrant Emperor was photographed in Godolphin Woods, Cornwall, but it wasn't until the last week of September that signs of something special taking place were first noticed, when no fewer than four individuals were discovered in County Cork, Ireland. Several of these had been attracted to UV moth-traps, and were probably migrating at night. In addition to all the Irish records, a female was also noted near Zennor in Cornwall. Early to mid-October continued to produce sightings, but they were more widely spread. Single Vagrant Emperors were noticed at Hilfield Park Reservoir, Hertfordshire, on 6th October and near Lowestoft, Suffolk, on 6th and 9th October (two different individuals?); there were also two further sightings in County Cork. Perhaps the most significant find was however of two or more individuals discovered at Bovey Heath, Devon. First noted on 8th October, the dragonflies clearly found the locality to their liking and lingered in the area until early November at least. Most excitingly, an ovipositing female was seen on at least two occasions, making this only the second-ever site at which breeding behaviour has been observed in the UK (the other being on The Lizard in Cornwall, where oviposition was noted during both spring and autumn 2011, neither breeding attempt being apparently successful). 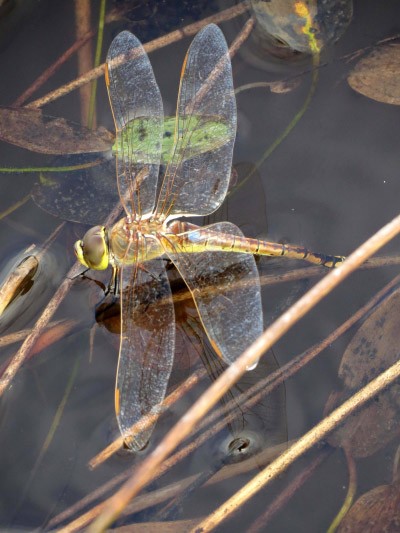 Despite the weather now starting to cool a little, the period from late October to mid-November continued to produce exciting new sightings. In Ireland individuals were noted in Counties Wexford and Waterford, while in Wales individuals were seen at Newport, in the Llynfi Valley near Maesteg, and at Aberystwyth (13th November, the latest record of the year so far). In England, new Vagrant Emperors were also noted near Bristol and at Shoreham, West Sussex. 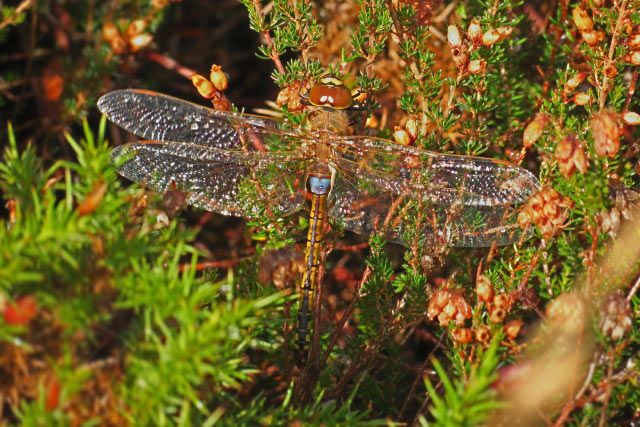 Clearly autumn 2013 has been an eventful time for Vagrant Emperors both in Britain and particularly Ireland. There have also been a few records from the near Continent, with for example at least two sightings in The Netherlands during late October and another two in Belgium around the same time. These events follow the dramatic spring and autumn influxes of 2011, and it would seem that Vagrant Emperor populations are currently at a high level. Hopefully further records of this intriguing migrant species are thus to come in the near future. Being of Afro-tropical origin, Vagrant Emperors can appear in Britain even during the winter months and observers are encouraged to keep vigilant! 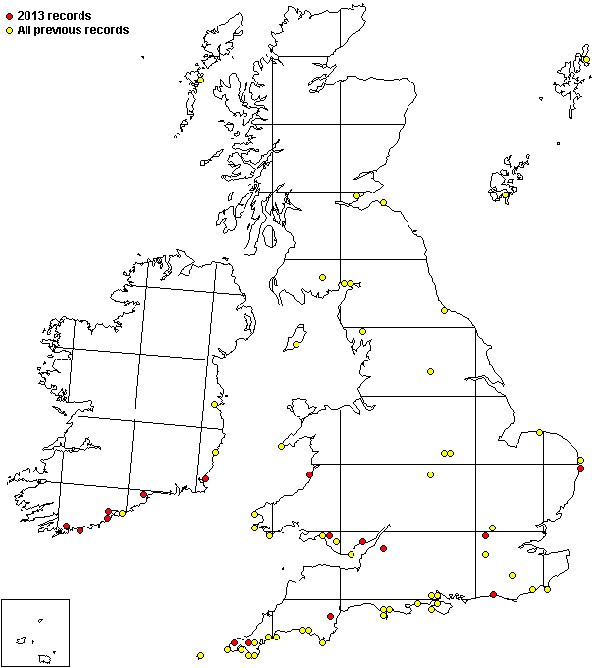 The British Dragonfly Society would welcome details of any other Vagrant Emperor records — these should be sent to Adrian Parr. Further background to the Vagrant Emperor and all other British dragonflies can be found in the forthcoming Atlas of Dragonflies in Britain and Ireland, due for publication in spring 2014. Please visit http://www.british-dragonflies.org.uk/content/home-page-dragonflies-section for more details of this publication, and how to obtain a copy at the special pre-publication price of £20 + p&p.