A Paris-based study has identified a likely reason for the common sight of mutilated feet in city-dwelling feral Rock Doves.

The traditional belief among scientists has been that pigeons in urban environments often lost their toes due to some form of infection, or that it was a reaction to chemical pollutants. Other explanations have included injuries from the metal spikes use to deter them from building ledges.

Surprisingly, though, human hair appears to be one of the culprits – it turns out that the higher the density of human activity in an area, the more pigeons there are with missing toes. Crucially, scientists have noticed that birds often have string or human hair wrapped around their toes and feet. This can eventually tighten, cutting off circulation and leading to tissue death and the toe falling off. 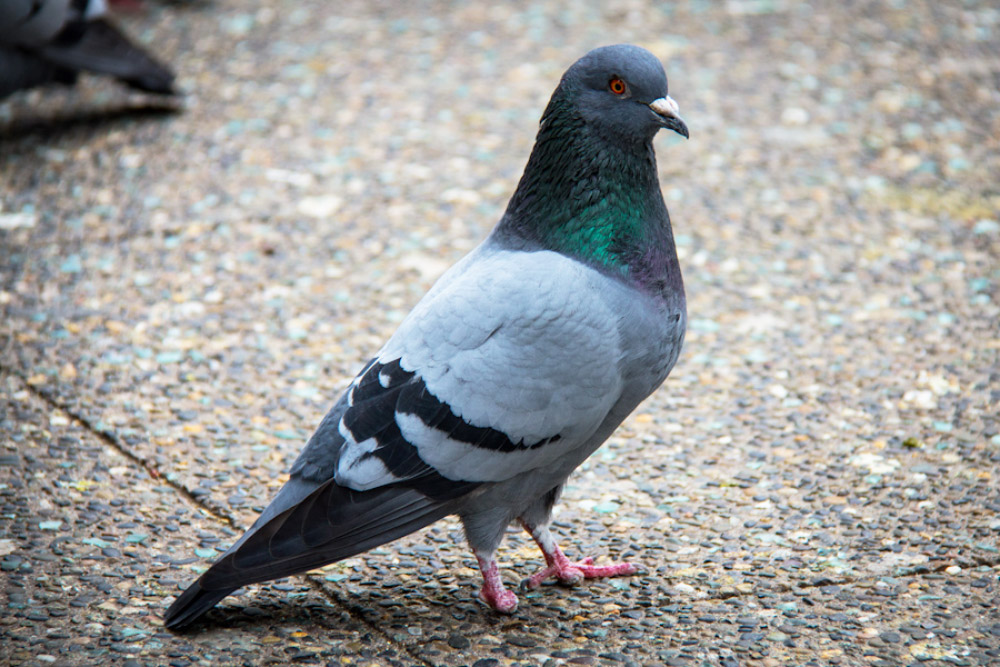 Feral Rock Doves missing toes are a common sight in cities around the world (commons.wikimedia.org).

Frédéric Jiguet at the National Museum of Natural History in France and his colleagues undertook a study into the relationship between the foot health of pigeons and possible sources of these hairs or strings.

To do this, they studied the number of foot mutilations in pigeons found at 46 sites across Paris, and how these related to different features in the environment.

They found that pigeons were more likely to have mutilated toes in city blocks where air and noise pollution was high, and where a greater number of people lived. These localities held a greater number of hairdressers in the immediate area, which in turn appears to be indirectly impacting the number of pigeons present with missing toes – apparently because waste hair is escaping into the environment.

The authors explained: "Hair cut at the hairdressers are removed by garbage collection services with household wastes, and during this process, we could expect residual cut hair to end on the sideways and pavements.

"If the birds can't untangle themselves, the hairs begin garroting the toes – causing what is known as 'stringfoot'."

Green spaces in the vicinity of the study sites appeared to reduce the chances of pigeons losing toes.

The team also found that foot health had nothing to do with the age of the birds, nor any relation to how dark their plumage was – which is typically a marker of of how resistant they are to pathogens.