A new study has revealed that an American hawk species fares better in towns than in the countryside, echoing recent research on Eurasian Sparrowhawks on this side of the Atlantic.

Depending on whether a species flourishes in a city environment, urban wildlife populations can be ‘sources’ or ‘sinks’, either reproducing so quickly that individuals leave to colonise the surrounding area or needing constant immigration from outside to stay viable. A new study examined the population dynamics of Cooper's Hawks in urban Albuquerque, New Mexico, USA, and found that city-born birds aren’t just thriving, they’re actually forcing their rural neighbours out of their nest sites. 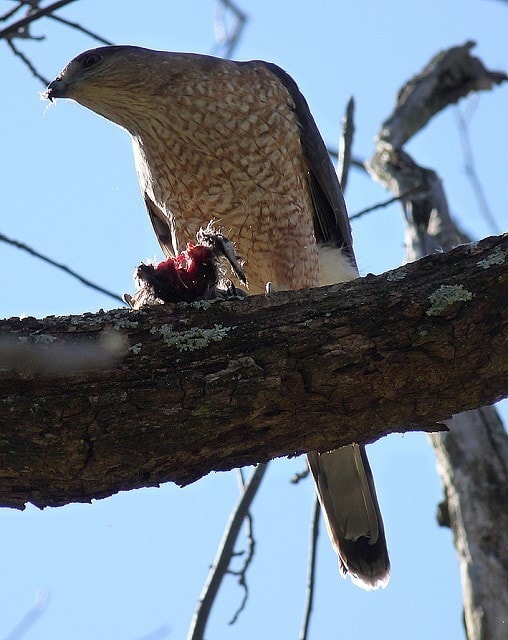 New Mexico State University’s Brian Millsap collected data on Cooper’s Hawks living in a 45 square-mile area of north-east Albuquerque from 2011 to 2015, monitoring each year’s nests and tracking newly fledged females with radio transmitters. He found that 30 times more hawks emigrated out of the urban area than immigrated into it, suggesting it was a source population for the surrounding region.

However, the details didn’t fit neatly with the traditional source-sink model. While the surrounding ex-urban hawk populations were breeding and surviving well enough to sustain themselves without immigration, females moving out of the urban area were able to beat them to their nesting sites; and unlike, their ex-urban neighbours, they didn’t migrate south for the winter.

White-winged Doves, which first became established in the area in the 1980s, provide an abundant food source for city-dwelling hawks. The reliability of food sources was also cited as the reason for the success of urban Sparrowhawks in a recent study in Edinburgh, Scotland, though dispersal habits were not monitored in that case. 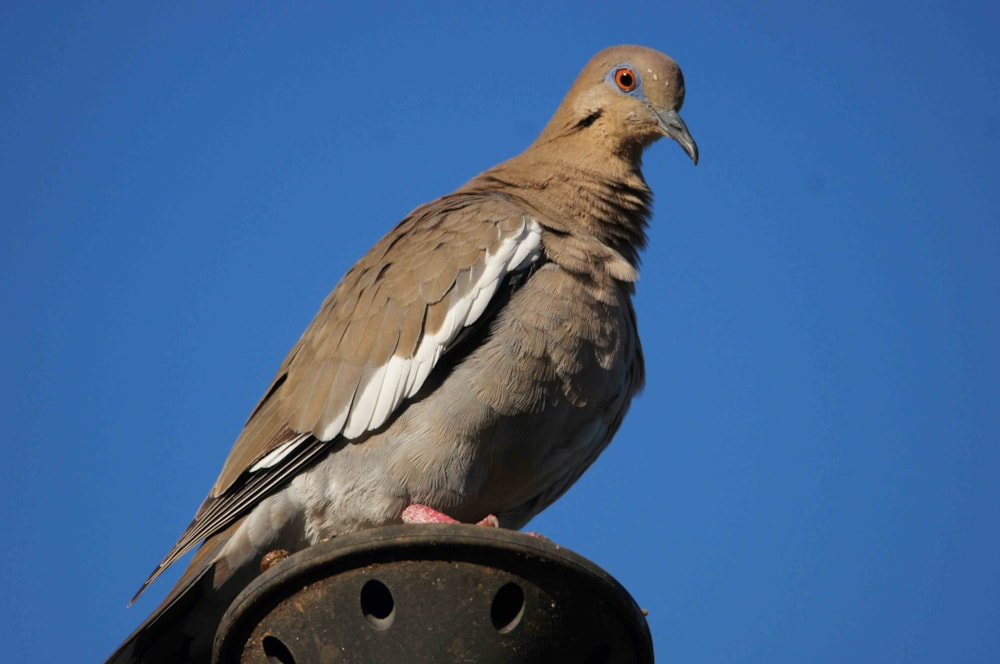 “Individuals living in urban Albuquerque actually have a fitness advantage over their neighbours living in natural habitats. This advantage comes from the higher prey populations in urban areas, which allow urban female Cooper’s Hawks to spend the winter near their eventual breeding sites, as opposed to rural females that migrate south in winter,” explained Millsap.

“The urban female hawks begin searching out and claiming nesting territories before the rural hawks return in spring and thus obtain nest sites without direct competition from migrants. Because of this advantage, the urban Albuquerque Cooper’s Hawk population not only supports itself but also serves as a substantial source of immigrant females for surrounding native habitats.”

Changes in migratory behaviour that lead to segregation between different groups can have profound effects on populations, altering how they interact both with each other and with other species in a community. According to the Peregrine Fund’s Chris McClure, an expert on raptor ecology: “This study is a great example of how solid field work and sophisticated modelling can yield new insights in basic and applied ecology.”

Millsap, B A. 2017. Demography and metapopulation dynamics of an urban Cooper’s Hawk subpopulation. The Condor 120: 63-80.