Chris Packham was honoured at a ceremony at the Royal Society in London yesterday [Wednesday 17th November]. Chris was awarded the prestigious Dilys Breese BTO Medal for his outstanding work in promoting science to new audiences. His 'science geek' pieces on the popular wildlife show Autumnwatch are regularly watched by over four million people. 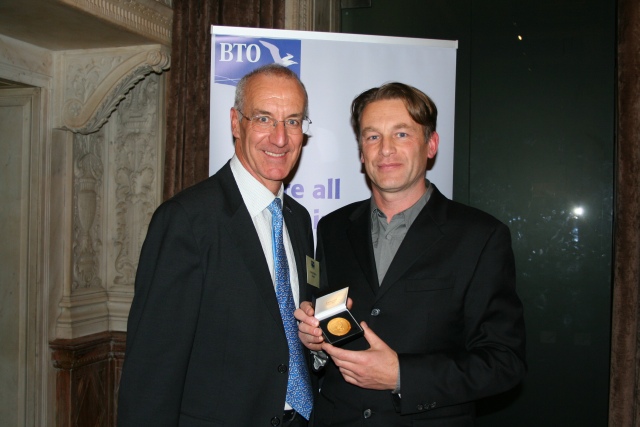 Dr Andy Clements, Director of the BTO, who presented the award to Chris, commented: "It gives me great pleasure to present this award to Chris. He is an outstanding communicator who has made science and natural history accessible to new audiences. In particular, he has promoted the work of the BTO and emphasised the importance of volunteers collecting information on our wild birds."

Chris said: "I have always been interested in scientific research and understood its importance in underpinning conservation action, not just in this country but around the globe. To receive this award from one of the leading scientific research establishments in the country is a real honour."

He added: "To receive the Dilys Breese medal is also very poignant for me. Dilys was instrumental in me getting my first wildlife presenting job at the BBC. I accept the award for her and citizen scientists everywhere."

Dilys Breese was a former Vice President of the BTO and a renowned radio and television producer. She did much to promote the science of ornithology to a broader audience, particularly through the work she did with the BTO. In her honour the BTO Council created the Dilys Breese BTO Medal, to be awarded on annual basis to outstanding communicators who deliver science to new audiences. 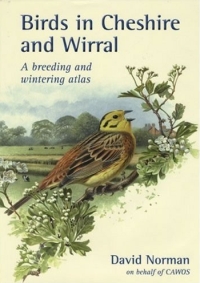 At the same ceremony, the Marsh Award for Local Ornithology was given to the Cheshire & Wirral Ornithological Society, in celebration of the recent publication of their ground-breaking Bird Atlas.

Dr Jennifer Gill of the University of East Anglia was awarded the Marsh Award for Ornithology for her considerable and ongoing contribution to British ornithology. The Marsh Christian Trust was established in 1981 and has two main areas of work: grant-making and the Marsh Awards. The Trust runs a portfolio of Awards, seeking to recognise unsung heroes who all aim to improve the world we live in. Recipients of Marsh Awards range from scientists working in conservation biology and ecology, to authors and sculptors and those who give their time unselfishly to work with the young, the elderly, people with mental health issues and for our heritage.

The Marsh Award for Ornithology is given to an ornithologist who is making a significant contribution to the field; typically someone who gained a PhD between 10 and 20 years prior to the award being made. Amongst other things, the selection panel considers the significance of the research undertaken so far, contributions to training and capacity building within ornithology, alignment with the BTO's mission and engagement with the wider ornithological community.

BirdGuides' own Fiona Barclay was one of the first recipients of the Dilys Breese BTO Medal in its inaugural year in 2009. More...