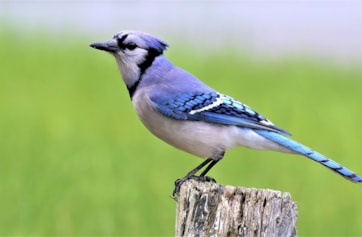 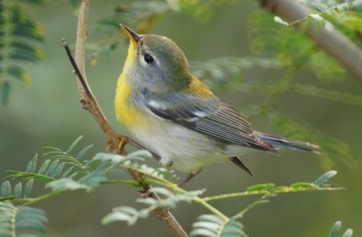 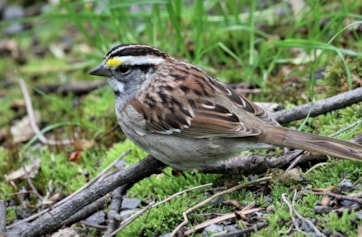 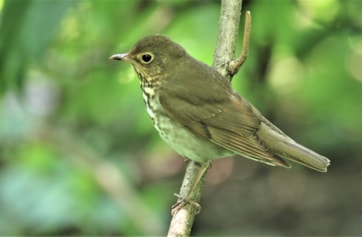 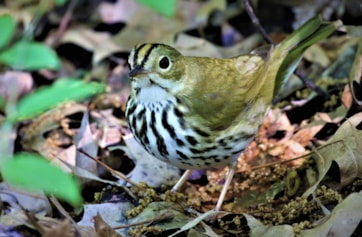 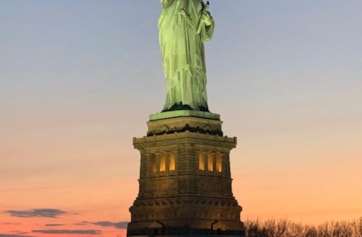 New York City is one of the world's great cities and offers an infinite number of possibilities for tourists. The state is also a fantastic birding region, excellent both in and out of the city.

In autumn, a good day in Central Park can produce 20 species of warbler, including Ovenbird, Black-and-white, Black-throated Blue, Blackburnian, Magnolia, Cape May, Yellow-rumped and Chestnut-sided Warblers. Another top feature in autumn is raptor migration, with sites such as Central Park's Belvedere Castle providing an excellent vantage point to observe migrating hawks. In September, a good day could produce thousands of Broad-winged Hawks and many American Kestrels, Western Osprey, Cooper's and Sharp-shinned Hawks. Turkey Vulture, Bald Eagle, Red-shouldered Hawk and Peregrine Falcon are also possible. At Jamaica Bay we should encounter further ospreys, egrets, migrating shorebirds, terns and wildfowl. We'll enjoy an evening river cruise and experience an illuminated Manhattan and the Statue of Liberty – a marvellous experience and super way to end a day. We'll also visit Ground Zero, Grand Central Station and Times Square to round off a tasty 'Big Apple' birding experience.

Day 1 A morning flight to New York's JFK Airport. On arrival we'll be met by our New York guide and then transfer to our Manhattan hotel. We drop off our luggage and have a chance to freshen up. An early lunch/brunch will be followed by our first taste of Central Park birding. The park is a fantastic location and full of surprises and there's no telling what we may discover on our first exploration. A number of resident species should be encountered, which could include Red-bellied Woodpecker, Blue Jay, Common Grackle and Northern Cardinal. We might expect to see a number of the fantastic American wood warblers. Other migrants could include vireos, thrushes, orioles and sparrows.

Day 2 Today we will spend a morning and early afternoon in Central Park, checking for newly arrived migrants. The Ramble, The Point, Strawberry Fields and North Woods are just a few of the hot-spots for migration and we will certainly be spending time at these areas. We will hope for new species such as Blackburnian, Chestnut-sided and Black-throated Blue Warblers, or Common Yellowthroat. We should not forget Jackie Onassis Lake, where Double-crested Cormorants are regular and at this time of year a number of duck species are possible – Bufflehead is often seen. Shorebirds include Solitary and Spotted Sandpipers. During the mid-afternoon we'll return to the hotel, freshen up and then, by Metro and bus, head for the pier. After an early dinner, we will join our tour boat for an evening Hudson River cruise, which will allow us to witness the spectacle of an illuminated Statue of Liberty and Manhattan.

Day 3 Jamaica Bay Wildlife Refuge is our planned venue today. This superb wetland reserve supports an array of birdlife and is one of the best places in New York City to observe migration. In fact, it's a birder's paradise, with more than 330 species recorded over the past 25 years, making it one of the most significant bird sanctuaries in the north-eastern United States. Birding is excellent year round and in autumn it's great for migrating shorebirds. Semipalmated Plover, Lesser and Greater Yellowlegs, Semipalmated and Stilt Sandpipers, Short-billed Dowitcher and Willet can occur in large numbers. Shorebirds are not the only highlight, for the lush reserve habitats also support migrating warblers, thrushes and vireos. There are also other bird specialties of the refuge, including Fish Crow, Yellow-crowned Night Heron, Little Blue and Tricolored Herons, American Black Duck and Swamp Sparrow. On our return journey by the Metro, we will stop en route to visit Ground Zero.

Days 4-5 During these two days, much time will be spent birding Central Park, with a period watching raptors migrating and looking for species such as Ruby-crowned and Golden-crowned Kinglets, Red-breasted and White-breasted Nuthatches, Indigo Bunting and Ruby-throated Hummingbird. However, we may well visit other sites such as Prospect or Riverside Parks and another site for hawk migration. We'll be searching for species previously missed and hoping for additions to our wood warbler list. One of the rarer warblers that does sometimes occur at this time of year is Connecticut Warbler, while Northern Parula and Mourning and Bay-breasted Warblers could appear.

Days 6-7 On Day 6, after a final morning's birding in Central Park, we'll have an early lunch, then collect our luggage and drive to JFK for the early evening flight back to the UK, where we arrive on the morning of Day 7.

This tour is operated for Birdwatch and BirdGuides by Avian Adventures. It is fully inclusive of economy-class scheduled return flights (UK-New York-UK), en-suite accommodation (based on double occupancy), all meals (beginning with lunch on Day 1 and ending with Lunch on Day 6), transfers and transportation in New York and services of leader and guide. Not included are drinks, travel insurance, ESTA cost and items of a personal nature. CLICK HERE for more information or to make a reservation.