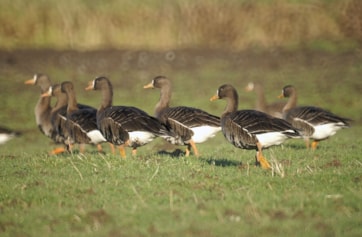 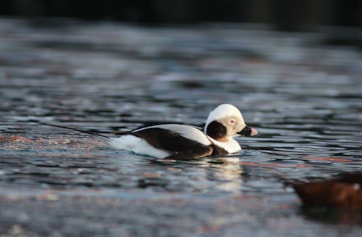 The island of Islay is located in the large and spectacular region of Argyll and Bute. It is one of the largest islands in the Inner Hebrides chain and is just north-west of Ireland. The mild climate attracts thousands of wintering geese, mainly Barnacle, and the distinctive Greenland form of White-fronted Goose on the fields and moors. Islay is almost split in two by the large sea loch, Loch Indaal. This is an important wintering area for divers, grebes, seaducks and waders.

Please note you should arrive in Glasgow on the night of 25 January as departure is early the next day.

Day 1 This morning we travel to Argyll and Bute from Glasgow and along the shore of spectacular Loch Lomond. Our journey takes us through increasingly spectacular scenery to Lochgilphead and eventually to the ferry terminus at Kennacraig. The ferry crossing offers the chance of Great Northern, Red-throated and Black-throated Divers, Northern Gannet, Common Guillemot and Razorbill. On arrival at Port Askaig or Port Ellen, we transfer to our accommodation at Bowmore which is ideally situated for exploring the island and views towards Loch Indaal.

Days 2-4 Islay has many places in which to observe birds in a wide variety of habitat. Loch Gruinart, situated at the head of a sea loch amid low-lying hills and moorland, is famous for Greenland White-fronted and Barnacle Geese. Careful scanning of the goose flocks may reveal annual but rare visitors such as Cackling and Snow Geese from Greenland and Canada. The presence of thousands of geese attracts good numbers of raptors, including Peregrine Falcon, Merlin, Hen Harrier and, on occasion, Golden and White-tailed Eagles.

The reserve has areas which flood, bringing in wildfowl and waders which can include flocks of Northern Lapwing, European Golden Plover, Eurasian Curlew and the occasional wintering Ruff or Greenshank. Loch Gruinard is blessed with a well-placed hide where we watch hundreds of wintering ducks including scarcer species such as Gadwall, Northern Shoveler and Northern Pintail. The drier islands might produce wintering Common Snipe and the uncommon Water Rail. The surrounding dykes and damper areas can hold Barn Owl and Eurasian Woodcock at dusk, along with the spectacle of geese coming into roost. Ardnave Point, a remote peninsula, juts out towards Colonsay. The loch often has Whooper Swan, Common Goldeneye, Tufted Duck and, occasionally, vagrant Green-winged Teal and Ring-necked Duck. The machair at Ardnave has Red-billed Chough and Twite and Snow Buntings along the sandy shoreline.

The mud at Bridgend is one of the best areas for waterbirds and we may locate uncommon birds for Islay including Pink-footed and Pale-bellied Brent Geese, Grey Plover and in some winters the Icelandic form of Black-tailed Godwit. Near Bridgend the fast-flowing rivers attract Grey Wagtail and occasionally White-throated Dipper. A large freshwater loch often holds Little Grebe and the commoner ducks.

In the south of Islay we visit the harbour at Port Ellen which is sheltered from the worst of the elements. This is a reliable area for wintering Glaucous and Iceland Gulls, although their numbers vary from year to year. The maltings around the coast attract Reed Bunting and Yellowhammer.

The Mull of Oa is close by, a RSPB reserve with important populations of Golden Eagle and Red-billed Chough and in recent years the huge White-tailed Eagle. Islay also has a good track record for rarities and we will look for these if they turn up during our stay.

Day 5 Today we take the morning ferry back to the mainland at Kennacraig and travel to Glasgow, where the tour concludes.

This tour is operated for Birdwatch and BirdGuides by Birdwatching Breaks (ATOL licence 4324). It is fully inclusive of accommodation and meals, ferry fares, transport and guidance. Not included are accommodation and meals in Glasgow, insurance and items of a personal nature, plus entry to RSPB reserves for non-members. For more information or to make a reservation, call Birdwatching Breaks on 01381 610495.