Senegal: pelagic birding and the birds of the Sahel 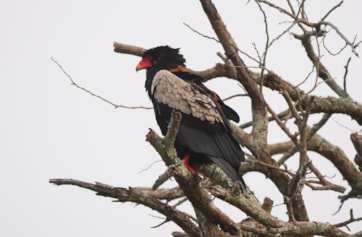 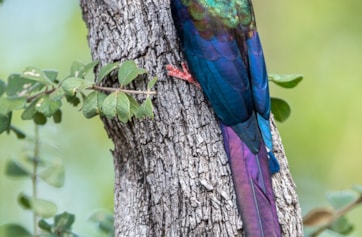 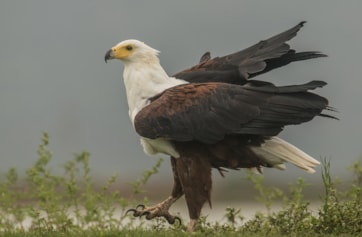 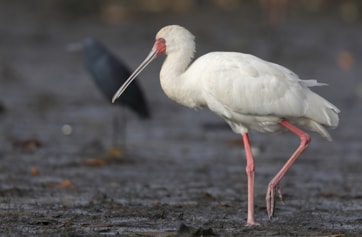 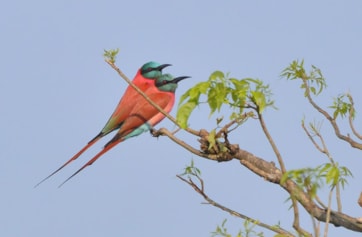 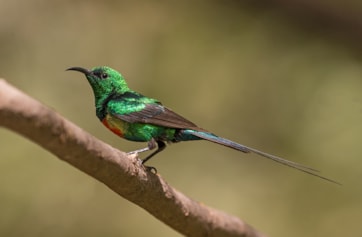 Senegal is one of West Africa's most stable countries, with a heavy French influence dating back to colonial days. The coastline has two important wetlands of international importance, which are protected as national parks. The north of the country has a wide belt of Sahel holding several species which prefer sub-desert habitats, while the south is primarily savannah dotted with stands of acacia trees and secondary forest. We visit Djoudj NP, a wetland where Palearctic migrants winter in their thousands. The range of bird species in this little-known country is impressive; Arabian and Savile’s Bustards, Goliath Heron, Saddle-billed Stork, African Swallow-tailed Kite, Little Grey Woodpecker and Cricket Warbler have all been found regularly on recent tours.

Birdwatching Breaks has operated several tours to Senegal since the 1990s and is pleased to offer these unique birding tours at a peak time for birdlife.

Day 1 Fly to Dakar and transfer to Popenguine for an overnight stay.

A dawn visit to the coastal scrub reserve of Popenguine should deliver Blue Rock Thrush and European Crag Martin, rare visitors from Europe. On the cliffs we have a chance of watching Gosling's Buntings. Yellow-billed Kite is abundant in the region and on our journey northwards birds of prey can be numerous and include Lappet-faced, Ruppell's, Hooded and White-backed Vultures. Near St Louis itself, we should find Red-necked Falcons in roadside palm trees. For the next few days we are based at Ranch de Bango and Djoudj NP, from where we explore sub-Saharan Senegal. The grounds of the ranch offer excellent birding with regularly seen species such as Western Red-billed Hornbill, Grey-headed Kingfisher, Grey Woodpecker, Blue-naped Mousebird, Tawny-flanked Prinia, Red-billed Firefinch, Beautiful and Scarlet-chested Sunbirds, African Silverbill, Sudan Golden Sparrow and Long-tailed Glossy Starlings. Wintering Palearctic migrants are common and include Melodious, Subalpine and Western Olivaceous Warblers, Common Redstart, Red-throated and Tree Pipits. Our base, adjacent to the Senegal River, is a haven for waterbirds – Reed Cormorant, Squacco and Purple Herons, African Swamphen, Spur-winged Lapwing, African Fish Eagle, Malachite and Pied Kingfishers, African Jacana, Winding Cisticola, Abyssinian Roller and Senegal Coucal can all be found. A thorn forest regularly has roosting Long-tailed Nightjars. The drier ground is home to Senegal Thick-knee, Black-billed Wood Dove, Little Bee-eater and Grey-headed Sparrow.

Marigot One is a privately run nature reserve. Our main interest here is in locating the internationally scarce Savile's Bustard. Other sub-Saharan birds present include Marsh, Montagu’s and, occasionally, Pallid Harriers, Barbary Falcon, Cream-coloured and Temminck's Coursers, Chestnut-bellied Sandgrouse and Chestnut-backed Sparrow Lark. A lake attracts shorebirds and many species of heron, including Black Heron. A stop at dusk may give us Verreaux’s Eagle Owl, a local resident.

We also spend a day at Marigot Two and Three; typical species could include Northern Anteater-chat, Black and Rufous-tailed Scrub Robins, Senegal Batis, Long-tailed and Chestnut-bellied Starlings, Green Wood Hoopoe and Blue-naped Mousebird. If cattle are present, we may find Yellow-billed Oxpeckers. Patches of acacia trees are home to specialised Sahelian birds – Cricket Warbler, Sennar Penduline Tit and Little Grey Woodpecker. Other birds may include Great, Intermediate and Little Egrets, Sacred and Glossy Ibis, Common Snipe, Ruff, Black-tailed Godwit, Black Crake and Collared Pratincole. We have further opportunities for bustards in this area.

Djoudj NP is the third-most-important wetland in the world. We have two nights here in a purpose-built camp just outside the reserve. En route we travel through acacia forest looking for Striped Kingfisher, Vieillot's Barbet and Desert Wheatear. The hotel grounds attract many interesting species: Speckled Pigeon, Northern Crombec, Village Indigobird, Yellow-backed, Village and Little Weavers and wintering Eurasian Wryneck. We take a boat safari into one of nature’s wonders. Our boat takes us along a branch of the Senegal River, which is alive with birds, to a colony of Great White Pelicans. This area usually holds large numbers of ducks and herons. Seasonal lakes in Djoudj attract Western Marsh Harriers and Striated Heron, kingfishers, Black Crake and Yellow-billed Stork. Other highlights include Black-crowned Night Heron, White-faced and Fulvous Whistling-ducks, Western Osprey, Caspian, Gull-billed, Black and Whiskered Terns and the range-restricted River Prinia.

Lac de Kahr and Grand Lac hold Greater and sometimes Lesser Flamingos. Grand Lac also holds thousands of Garganey with lesser numbers of Eurasian Teal, Northern Shoveler and Northern Pintail. Isolated trees on the surrounding desert landscape provide hunting perches for migrant Peregrine and Lanner Falcons. The park has what is possibly the only protected area for Arabian Bustard, a species under constant threat from hunting and, in this area of Africa, greatly endangered. On the return to Ranch de Bango, roadside lagoons may hold Eurasian and African Spoonbills, Spur-winged and Egyptian Geese, Greater Painted Snipe and shorebirds including Avocet, Marsh Sandpiper, Temminck's Stint and Black-winged Stilt.

A new road running east towards the town of Richard Toll allows us to explore the extensive Senegal River floodplain and the Sahelian environment. Among the many birds that we may encounter here are African Pygmy Goose, Black-shouldered Kite, Montagu’s and Pallid Harriers, Wahlberg’s, Short-toed and Booted Eagles, Kittlitz’s Plover, Common Quail, African Reed Warbler, Short-eared Owl, Black-crowned Sparrow Lark, Kordofan Lark, Singing Bush Lark, African Quailfinch, Desert Cisticola, Grey-backed Eremomela and, occasionally, Greater Hoopoe-Lark. This is also a known area for Arabian and, in some years, Denham’s Bustard. To the east of Richard Toll and towards the settlement of Podor several species occur which are hard to see elsewhere in the country. The dry grasslands with scattered bushes are reliable for Cricket Warblers and the shy Fulvous Babbler. The habitats around Podor offer us the chance to observe the rarely seen Golden Nightjar, Little Grey Woodpecker and wintering Cream-coloured Coursers. Nights in Podor.

Today we travel south towards the capital city of Dakar. There are several birding locations along the way including Technopole, a failed shopping complex with lakes and reedbeds. Careful scanning of the grass islands and shallow pools may produce a variety of gulls including Audouin's and Mediterranean and occasionally stragglers from North America, such as Franklin's Gull. Waders can be numerous and often reveal the presence of rarer species, which in recent years have included Buff-breasted Sandpiper and American Golden Plover. On Day 8 we take a pelagic trip off Dakar, where the deep, cool waters of the North Atlantic attract a variety of species. In the right weather conditions we should encounter Cape Verde and Scopoli's Shearwaters, the uncommon Barolo Shearwater, Pomarine, Arctic and Long-tailed Skuas, a wide range of terns comprising of Caspian, African Royal, Common, Arctic, Roseate, Little and Sandwich, the last being quite common. Other possibilities incude Grey Phalarope and rarer species – Bulwer's Petrel, Leach's, Wilson's and Madeiran Storm Petrels, South Polar Skua and Sabine's Gull could all figure. Nights in Popenguine.

This morning we travel south to visit birding areas near the coastal city of Mbour (or take the boat trip if weather conditions have been poor). Habitats include several patches of acacia scrub which are attractive to recently arrived migrants from Europe and may include Bluethroat, Spotted and Pied Flycatchers and Iberian Chiffchaff. Several small ponds dot the landscape and attract a wide range of waterbirds including numerous ducks and waders. Later in the day we return to Popenguine to freshen up and travel to the airport for our late-night flight back to the UK. Arrival is early on 8th.