Until fairly recently, these two similar-looking terns were treated as conspecific, with separate African and American populations classified as the subspecies albididorsalis and maximus respectively.

However, a 2017 paper used DNA analysis to demonstrate that the two were distinct, with West African Crested Tern genetically closest to Lesser Crested Tern. The split was adopted by the IOC in 2020. Analysing skulls from 27 West African Crested and 18 Royal Terns, Clive Barlow and his colleagues performed detailed measurements of both bill and skull metrics.

The most strongly supported difference in measurements between the two species was in gonys height, with Royal having a significantly deeper bill. This partly explains previous observations that Royal has a 'heavier' bill.

The distal part of the lower jaw, from the angle to the tip, is more curved in West African Crested, which, with the less prominent gonys compared to Royal, contributes to its bill appearing more uniformly downcurved. 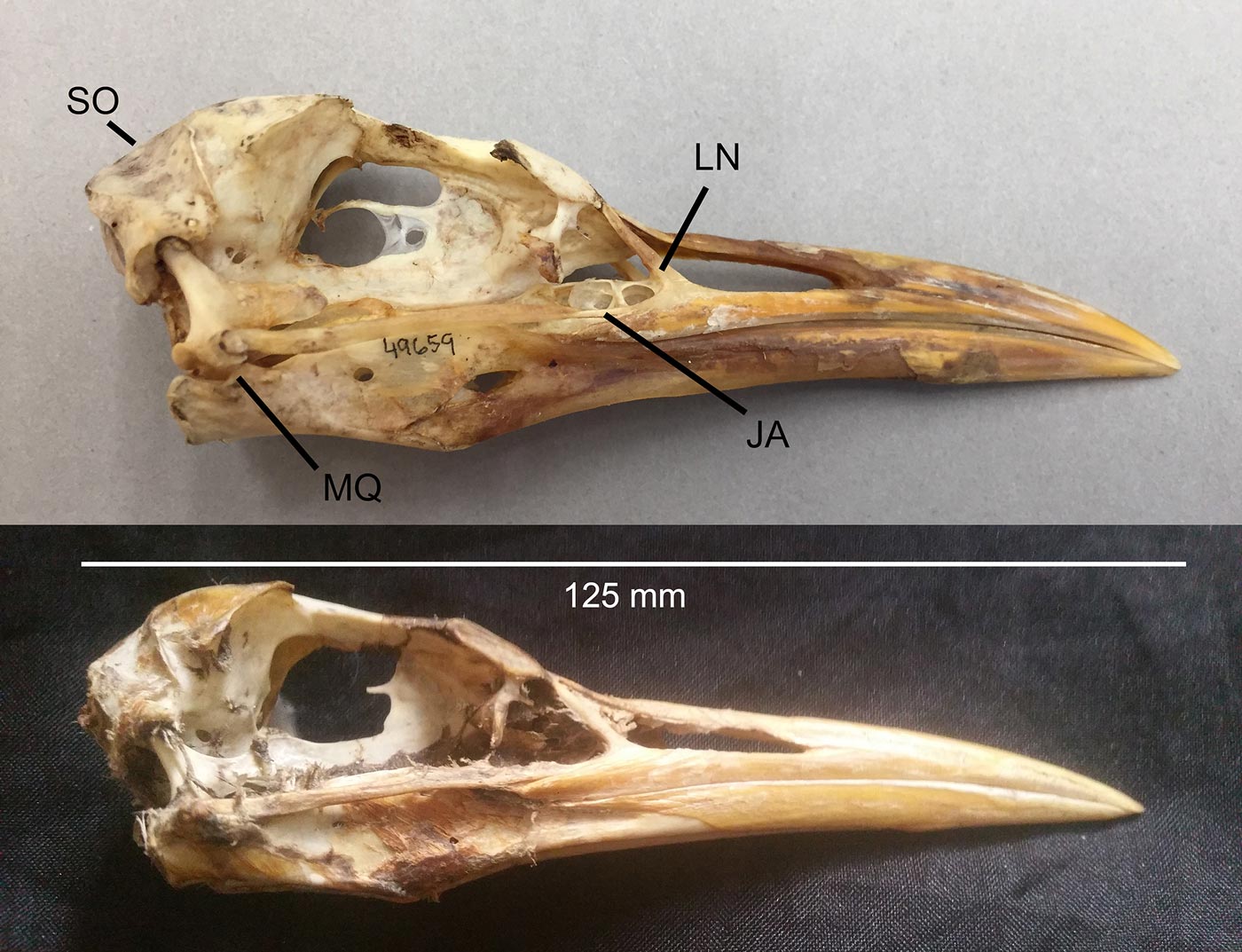 A comparison of the skulls of Royal (top) and West African Crested Terns, showing the deeper bill of the former (Barlow et al).

In summary, the paper demonstrates the subtle differences in head and bill shape between West African Crested and Royal Terns. Royal has a longer but proportionally deeper ('heavier') bill, which may consequently appear shorter relative to its bulkier head and body. Meanwhile, West African Royal has a shorter bill than Royal, but this is more slender and more uniformly tapered ('dagger shaped') and may therefore appear longer relative to its overall smaller body. This, the researchers say, presumably reflects differing ecological pressures such as prey type and size, diving depths and weight of prey they can carry.