In January 2006, a group of children aged between 10 and 18 attending a fossil-hunting expedition with Hamilton Junior Naturalist Club at Waikato, New Zealand, discovered a series of interesting fossil traces sticking out of a block of sandstone that had been uncovered by the tide. Initially mistaken for a rusty propeller, mentors Tony Lorimer and Chris Templer immediately identified it as an avian fossil.

Donated by the club to Waikato Museum in 2017, the skeleton was measured, scanned and reconstructed as a 3D model, showing that the bird would have stood at approximately 1.4 metres tall. Today, Emperor Penguin is the largest extant species of penguin, measuring up to 1.2 metres in length and weighing up to 45 kilograms. 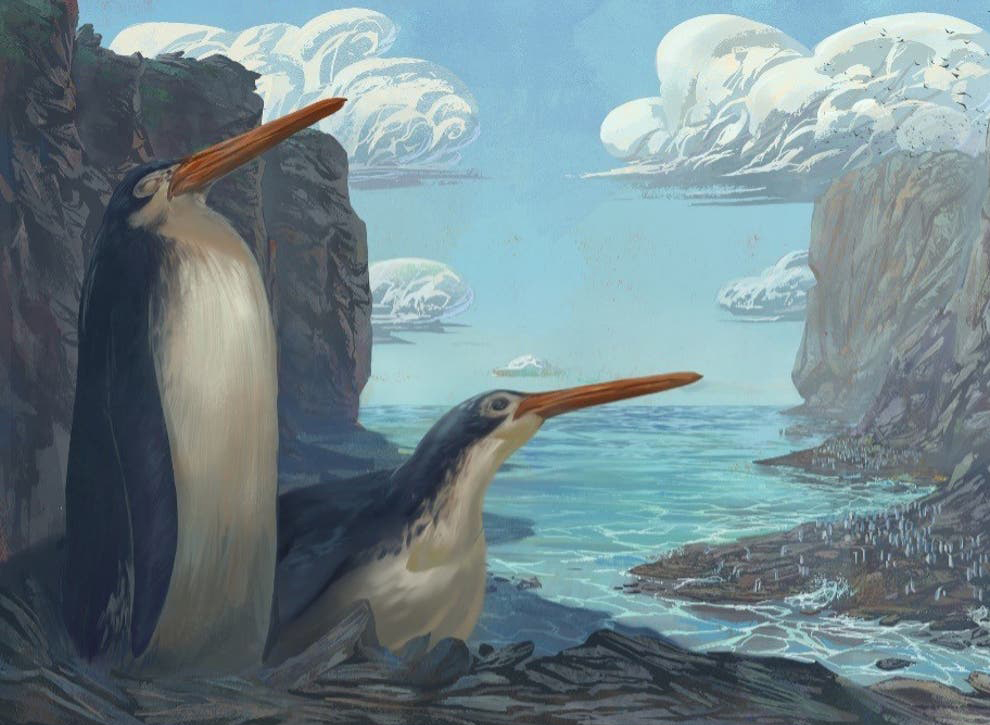 During the Paleogene period – between 66 million and 23 million years ago – giant penguins were widespread across Zealandia, a now mostly underwater landmass that includes New Zealand. As well as being taller, these giant penguins were also thinner than Emperor Penguins, the researchers reported.

Described as the most complete fossilised skeleton of an ancient giant penguin ever discovered, researchers concluded that the specimen is between 27.3 and 34.6 million years old, dating from a time when much of the area was underwater.

A recent study in Journal of Vertebrate Paleontology has described the find as a new species of prehistoric penguin, named Kairuku waewaeroa after the length of its hind legs. In Māori, "waewae" means "legs" and "roa" means "long".

The enormous diving bird had unusually long legs and beak for a penguin and the measurements showed that it would have towered over other species in the Kairuku genus. It is thought that the bird's longer legs may have helped it to dive deeper or swim faster. 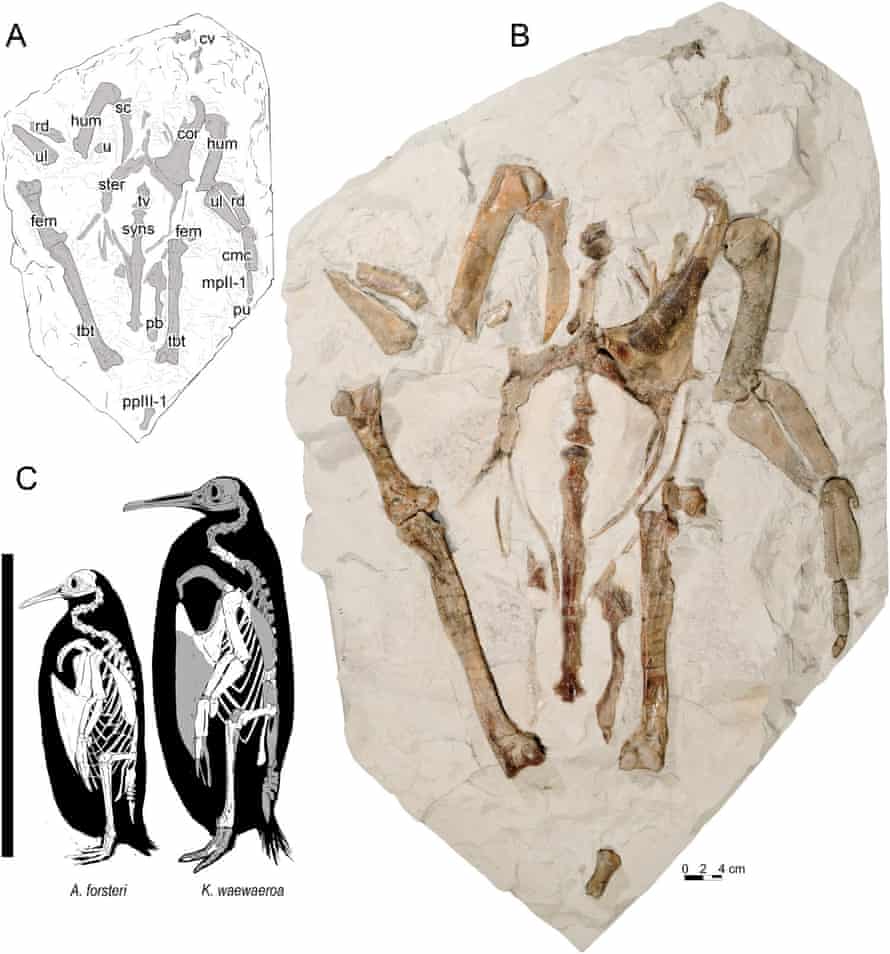 The fossilised remains alongside a size comparison of Kairuku waewaeroa and Emperor Penguin (Journal of Vertebrate Paleontology).

In an interview with Stuff, Dr Daniel Thomas, a senior lecturer in Zoology at Massey University's School of Natural and Computational Sciences, said: "These longer legs would have made the penguin much taller than other Kairuku while it was walking on land, perhaps around 1.4 metres tall, and may have influenced how fast it could swim or how deep it could dive"

"Kairuku waewaeroa is emblematic for so many reasons. The fossil penguin reminds us that we share Zealandia with incredible animal lineages that reach deep into time, and this sharing gives us an important guardianship role.

"The way the fossil penguin was discovered, by children out discovering nature, reminds us of the importance of encouraging future generations to become kaitiaki [guardians]."