Swans most aggressive to each other, study finds

A study commissioned by WWT and the University of Exeter has found that swans are most aggressive towards others from their own species, as opposed to different species of bird.

Of the three swan species observed, each of them – Whooper, Bewick's and Mute Swans – were most frequently antagonistic to, and received most aggression from, their own species. The findings suggest that similar individuals are the greatest competition for food and other resources such as shelter, which can lead to conflict. 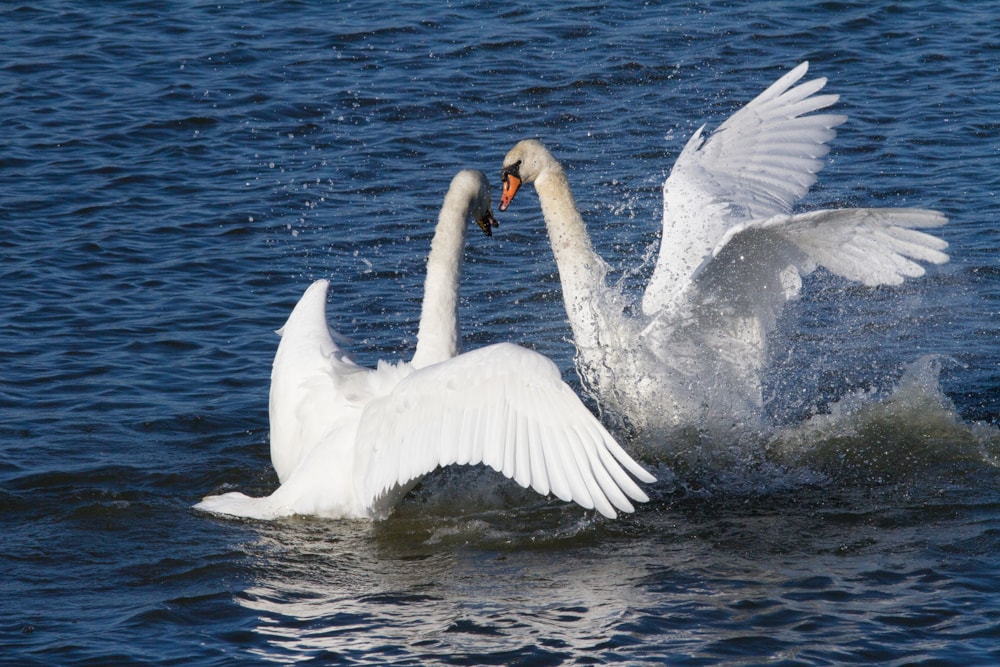 Swans are most likely to display aggression towards each other than other species (Malcolm Jones).

The study was undertaken to better understand how swan behaviour affects other waterbirds over winter. The data was collected by monitoring live-stream webcams on reserves at WWT Slimbridge Wetland Centre in Gloucestershire and WWT Caerlaverock Wetland Centre in Dumfries over the past two years. It's one of the first studies that has relied completely on remotely collected data and could be one of the solutions to continuing research with restrictions in place during the COVID-19 pandemic.

Dr Kevin Woods, Principal Research Officer at WWT and one of the authors on the paper, which has been published in the journal Avian Research, said: "We know that swans have a reputation for aggressiveness but some of us suspected that in reality a lot of the aggression was directed towards other swans rather than other birds such as ducks or geese. To test that idea, we recruited some great students who used the webcams at Slimbridge and Caerlaverock to collect behavioural data on aggressive interactions between the various waterbirds at those sites over the past two winters.

"As we expected, our suspicions were right. In fact, almost all of the waterbird species in our study were most aggressive to their own species, which makes ecological sense as the individuals that are most similar to you are your greatest competition for food and other resources. It's valuable to finally have the data to show that and it's another rung on the ladder of better informed judgement on swans."

University of Exeter Researcher Paul Rose added: "This is a great example of how undergraduate projects can really help wild conservation action by allowing students to practice key research techniques but at the same time collecting data that is valuable to field scientists. We'd been thinking of using the WWT webcams for a while, to learn more about the swans' behaviour without disturbing them, and this project on aggression and species differences seemed to beneficial to the needs of WWT's conservation work and to the students fulfilling the requirements of their degrees."

Across Whoopers, Bewick's and Mutes, aggression between the same species accounted for up to 80% of negative interactions. Bewick's Swans in particular were more likely to behave aggressively with one another, which could reflect their extreme lifestyles which involves a 7,000 km migration across a continent twice a year.

The study has helped show how remotely-collected data can inform scientific research, without causing as much disturbance to birds and reducing carbon footprint in terms of travel. It is likely to become an increasingly useful tool as conservationists try to carry out research while potential for field-work is limited.