Generally, little is known about the migration and wintering distribution of Eurasian Scops Owl, so a Spanish team deployed GPS loggers on birds from a southern Spanish population in order to analyse the migratory routes and migration timing, and recently published the results in the journal Ardeola. 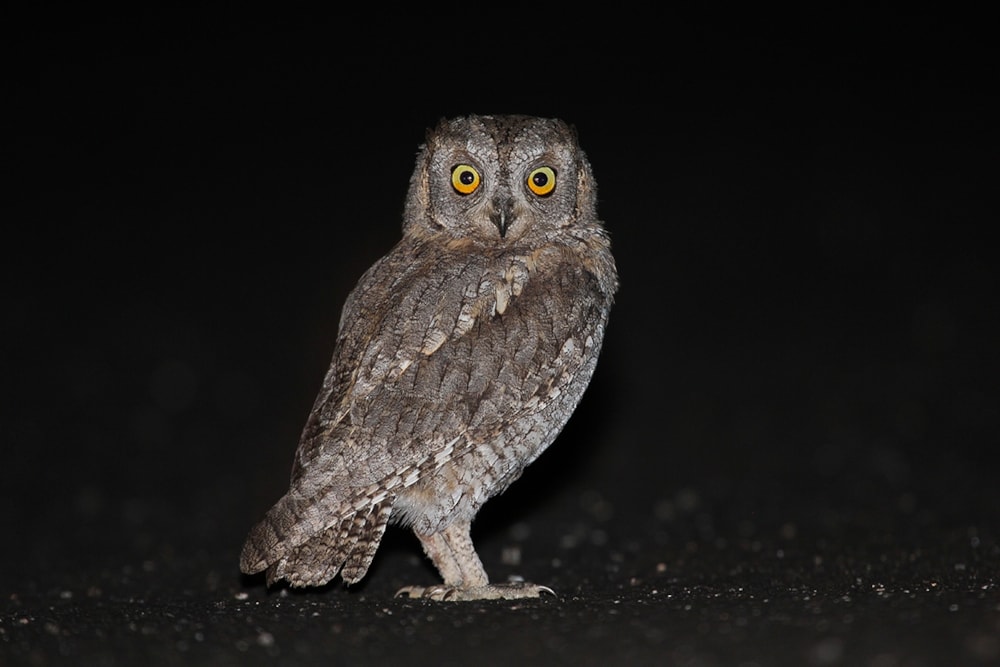 The species is a trans-Saharan migrant and the GPS trackers revealed rapid autumn and spring migrations along the coasts of Morocco and Western Sahara, at the western edge of the Sahara desert. Autumn migration typically began in September or early October, with birds reaching wintering grounds by mid-late October. Spring migration commenced at the beginning of March, with most birds having arrived back in Spain by early April.

Southern Spanish scops owls were shown to winter across a large area of West Africa. Birds spent the winter months in Mauritania, Senegal, Mali, Gambia, Guinea and Sierra Leone, where all but one stayed for 4-5 months. Five of the six tracked owls used more than one site during this period, moving a range of 472-792 km between different wintering localities. Studies of other insect-eating sub-Saharan migrants have reported winter movements in response to seasonal rains which may promote the emergence of insects, which may also explain these shifts in winter distribution in Eurasian Scops Owl.