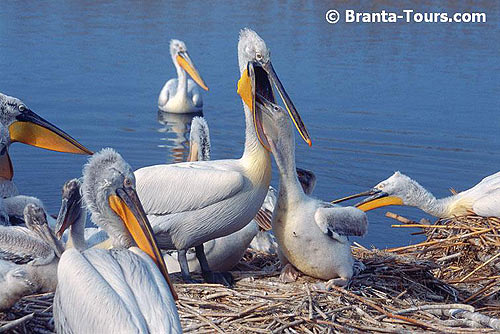 The Srebarna Biosphere Reserve, which also incorporates the Island of Devniya, is an area of just over 900 hectares situated in the northeast of Bulgaria on the River Danube. It includes Srebarna Lake which was connected to the Danube by a natural channel. This link was interrupted in the late 1940s when a dyke was constructed.

Sustained pressure following the area achieving Ramsar protection in 1975, and being declared a UNESCO Biosphere reserve in 1977, saw the dyke partially removed at the end of the 1970s.

In 1983 the Reserve was designated as a World Heritage Site and in 1990 became an Important Bird Area (IBA). A new canal was constructed in 1994 and the link finally restored.

Since then, dramatic changes, both positive and negative, have occurred in the Reserve. Whilst the numbers of bird species increased, some essential habitats were lost, including the majority of the reedbed areas used as breeding platforms by the Dalmatian Pelican. 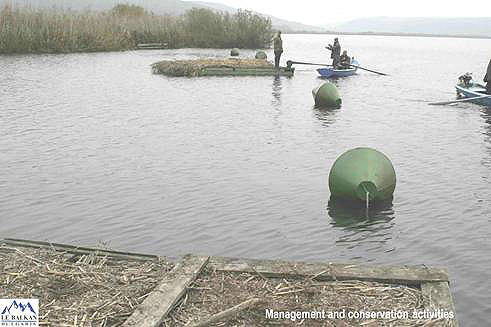 The lake is now just over 2 metres deep and a recent program of improvements has seen a series of walking paths and lookout-posts constructed at a respectful distance from the lakeside. Access to these is year-round and a team of rangers ensure that the impact made by people is kept to a minimum. There is a monitoring program underway to assess the ongoing effect of climate change and the threat posed to the wild bird populations from avian influenza.

Near the lake you can find the Office of the Central Laboratory of General Ecology, a museum, and visitors centre, the Ministry of Environment and Water Rangers Headquarters and the independent Srebarna Birding Field Station. All of these bodies are working to ensure the conservation of this beautiful and unique environment.

A special mention must also be given to Le Balkan Bulgaria Foundation who through their fundraising and commitment to 'getting the job done', have ensured that the colony of pelican's breeding habitats have been successfully restored. 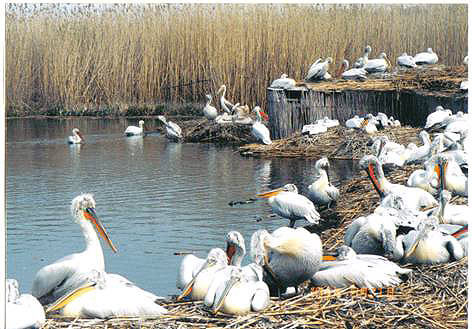 To find out more about the field station go to www.srebarnabirding.com.

If you require a complete checklist and bibliography for flora and fauna found in the area then Mike and Jerry recommend Biodiversity of the Srebarna Biosphere Reserve. 1998. Michev, T M, Georgiev, B B, Petrova, A V, and Styneva, M P (eds).

Written by: Mike and Jerry Black