Spotless Starling in the Netherlands? 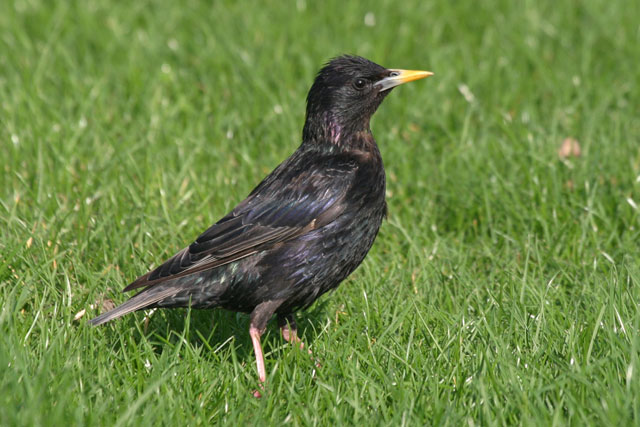 An unusually dark Starling was found on the 9th of October 2006, on the island of Texel, the Netherlands, having also been seen on Sunday the 7th. Could this be Holland's first Spotless Starling? Take a look at the following photos and notes and, if you have any relevant expertise, please let us know what you think.

The bird is very dark, has very little spotting and very pink legs (with white claws); the bill is yellow with a pale blue base. It is holding a territory on a chimney and was found in the harbour area of Oudeschild where it could be observed at close range with other Starlings on the car park, near the fish and chip shop. It sometimes sings, which is rather Starling-like but has some odd notes in the song and often gives a rather peculiar call. 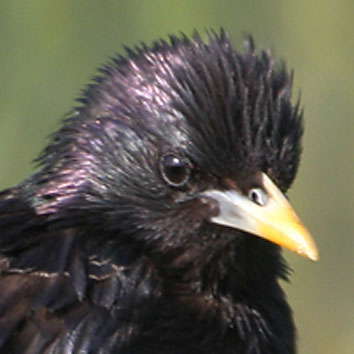 Spotless Starling?: Texel, The Netherlands Note the purple gloss on the head and nape with some green on the ear coverts (photo: Leo Boon).

On the basis of the bill colour, this bird can be sexed as a male but ageing it is far from easy, if not impossible. The outer two primaries (P8 and P9) are brown and worn; could these be retained juvenile feathers or are they unmoulted, very worn and bleached adult feathers? Also, as you can see in the images, P7 is still growing, so this bird is still in active moult. 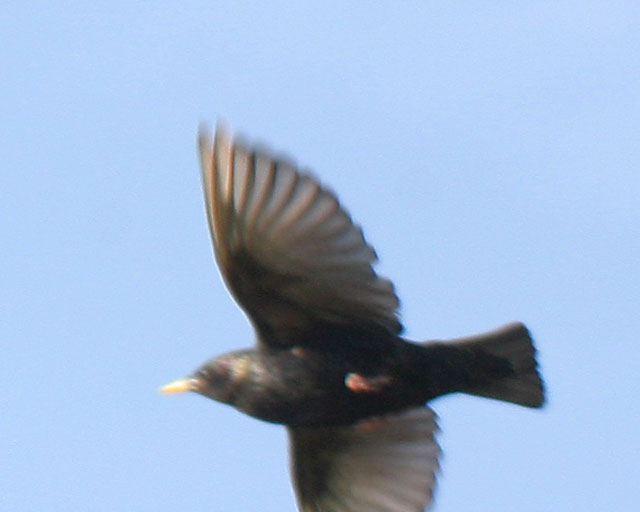 If the bird is aged as an adult, then most literature would suggest it can't be a Spotless Starling, as it is too spotty for an adult male. Or is it possible that, in very fresh plumage, adult males do show some very pale edges to the feathers, which wear off quickly? If it is a late-moulting bird, could this explain the bare part colouration? It seems the bird is also still moulting its body feathers, with a mixture of old brown feathers and new white-tipped feathers. A Common Starling should now be spotted all over its plumage. 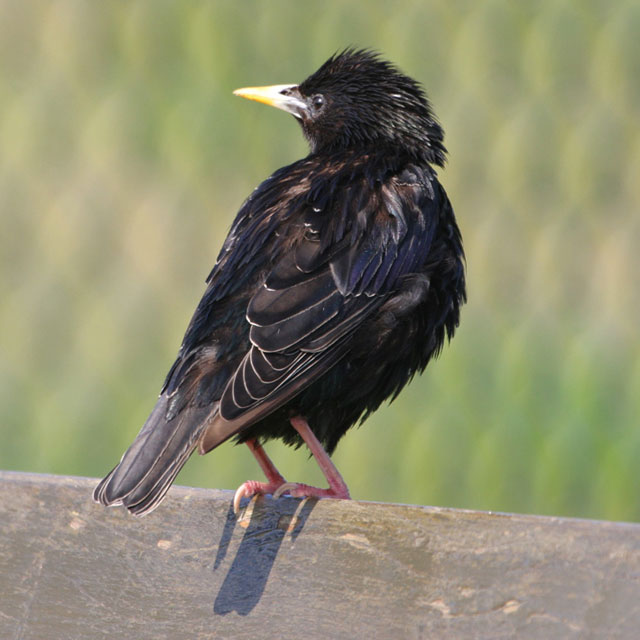 Spotless Starling?: Texel, The Netherlands Purple on the greater coverts, note the small white tips on the tertials and greater and lesser coverts and some on the mantle feathers. All pale tips on the feathers seem to be very similar; a small white crescent on each side of the tip divided by a small black line (photo: Leo Boon).

All the white tips to the feathers are similar in shape; on each side of the shaft there is a thin, white crescent divided by a black line. It seems unlikely that all these white-tips are simply due to feather wear. If the two outer flight feathers are juvenile feathers, can a Spotless Starling, assuming is it one, in its first-winter plumage be so advanced in bare part coloration? Or could this be a second-winter male?

So many questions! Any answers? 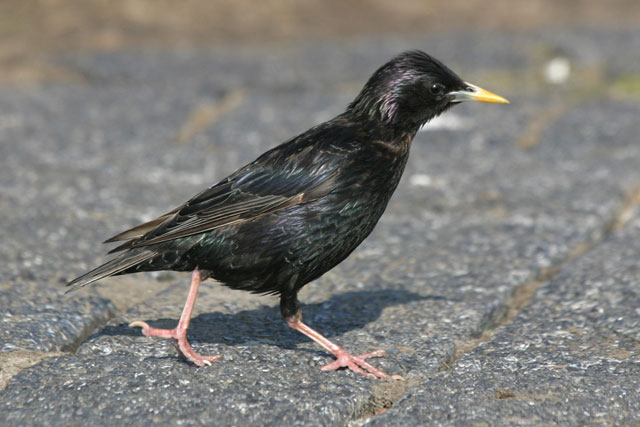 More pictures of the bird can be seen on Leo's website www.cursorius.com and any thoughts on the identity of this bird will be greatly appreciated. 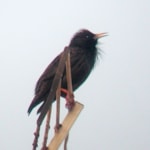