Newly published research led by the British Trust for Ornithology (BTO) sheds light on the impact that climate change has had on common and widespread songbirds across the UK.

The time that birds decide to breed has a strong impact upon the likely success of raising their young to independence. Pairs of birds will generally time egg laying to maximise the availability of food for their chicks. However, one of the strongest impacts of climate change so far has been to alter the timing of spring. In response to milder temperatures, flowers and insects are all appearing earlier than they used to. While many songbirds are also nesting earlier in warmer springs, conservationists have become concerned that they are nevertheless struggling to match their timing of breeding to their main insect prey, which could be driving population declines.

To test this, the BTO, in collaboration with The Woodland Trust, Rothamsted Research, Butterfly Conservation and the Centre for Ecology and Hydrology (CEH), have collated some of the most comprehensive long-term data on the timing of spring from across the UK. They have related changes in the timing of leaf and flower emergence as well as aphid, butterfly and moth emergence, to changes in the timing of egg-laying, tracked by the BTO/JNCC Nest Record Scheme.

As expected, in warmer springs, birds tend to breed later than usual relative to the timing of spring, and the most sensitive species to changes in timing, such as Willow Warbler and Linnet are suffering the greatest population declines. However, by using data from the BTO/JNCC ringing scheme to monitor changes in the number of fledglings produced by each species per year, the study's authors found no evidence that these mismatched species were also suffering a long-term diminishment of breeding success. This suggests that the population declines observed in many British songbirds are not directly caused by the effect of temporal mismatch on nesting outcomes. 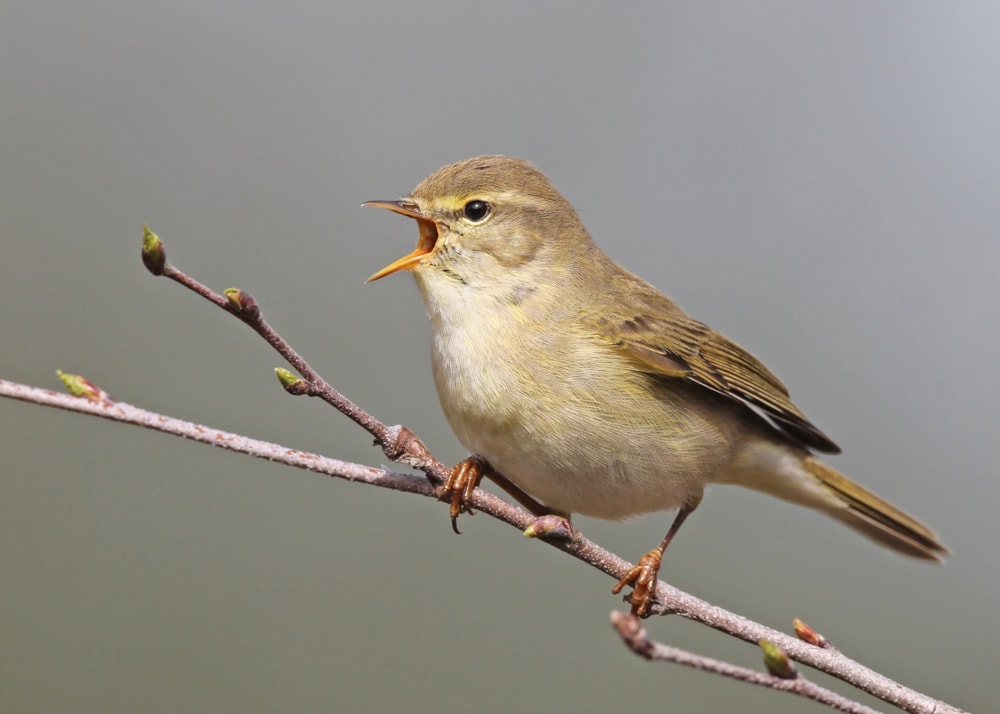 The study suggests that long-term declines in populations of species such as Willow Warbler are not necessarily a result of advancing springs (Paul Coombes).

Lead author, Sam Franks, a research ecologist with the BTO, said: "These results significantly increase our understanding of the specific ways in which climate change can impact bird populations. Despite a widely held belief that changes in the timing of spring are likely to be one of the factors underlying population declines because of long-term reductions in breeding success, we found that this is unlikely to be the case for these birds.

"It could be that breeding later than normal in warmer springs instead results in the poorer survival of either adults or fledglings, or alternatively, the species which breed late in warm springs are constrained by other environmental pressures which are actually responsible for their population decline."

The BTO's Director of Science, James Pearce-Higgins, who is also an author of the study, added: "The heroic efforts of thousands of volunteers recording information on birds, insects and plants provides us with the long-term data required to understand the impacts of climate change upon bird populations. While milder winters have probably boosted some of our resident populations, some of our declining long-distance migrant species have not benefited in the same way. Though they may not be suffering from changes in the timing of spring in the way we previously thought, we still need ongoing work to understand the causes of decline."