Solutions to increase in bird collisions

A Swansea University study has shown that collisions between birds and buildings, power lines, wind farms and aircraft are increasing, but the authors suggest some solutions.

Clearly, better management of the increasingly crowded airspace is needed to help animal conservation and reduce the human and monetary cost associated with collisions. The resulting paper has been published in Science, and demonstrates that, as humans increasingly use airspace for transportation, energy generation and surveillance, conflict with aerial animals has increased. However, these aerial interactions are often neglected when considering ecological consequences of human activities. 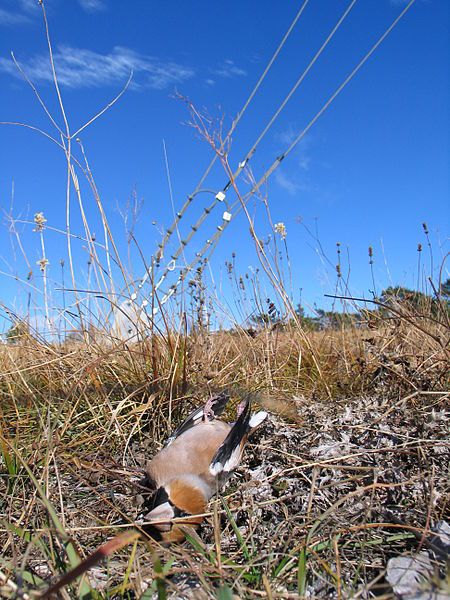 The study says that conflict is generally within the first 100 m of the ground, where most flying animals operate and human activity is concentrated. This is also where the majority of bird–aircraft collisions occur. Such collisions have resulted in more than 200 people being killed and thousands of aircraft being damaged, which costs more than $900 million a year in the United States alone.

Other effects of crowded airspace include disruption to airflows which impacts on bird distribution and habitat, and disturbance to aerial micro-organisms such as bacteria and algae, which affects cloud chemistry and climate. Drones also affect the behaviour of some species of bird when they fly close to nests, and may produce physiological reactions such as stress. However, this is a new field and only one study has systematically examined the responses of birds to drones.

Such negative ecological effects have prompted the research team to call for a more effective environmental management of national and regional airspace and a more detailed understanding of the movement of all aerial animals.

Lead author Professor Wilson said: “It is interesting to note that more is known about the routes of migrating animals that cross continents, rather than those taken by animals in parks or towns. But detailed data on how animals use space is now needed to help guide local planning decisions, building designs and measures that protect our wildlife.”

The research team also said there are strong arguments for establishing airspace reserves in aerial wildlife hot-spots, while temporary reserves could be introduced to protect birds when they migrate and permanent ones could be used to protect daily animal movements.

Co-author Dr Shepard said: “One of the main challenges is to increase the awareness of the many ways we are altering the airspace. The steps we can take to mitigate our impacts should be embedded in planning decisions from local to regional scales, just as it is for other habitat types”. Overall, the authors suggest the priorities should include the identification of near-pristine areas where air reserves can be established, as well as areas of high human–wildlife conflict where more protective measures are required.