Eating just about anything from dolphins and sea turtles to rubber tyres, Tiger Shark is widely referred to as the 'rubbish bin of the sea'.

A new study has confirmed that this varied diet is a feature of the species throughout its life. Before the apex predator grows to its mature size of 5 metres, young Tiger Sharks have been found to readily eat birds – and not the expected seabirds such as gulls or terns, but familiar landbirds including sparrows, doves and woodpeckers.

Marcus Drymon of Mississippi State University, the paper's lead author, and his team investigated juvenile Tiger Sharks' diets by capturing the 1-metre-long youngsters in the Gulf of Mexico, pumping their stomachs and releasing them again, before analysing a sample of the contents. Of the 105 sharks studied, 41 had bird remains in their stomachs. 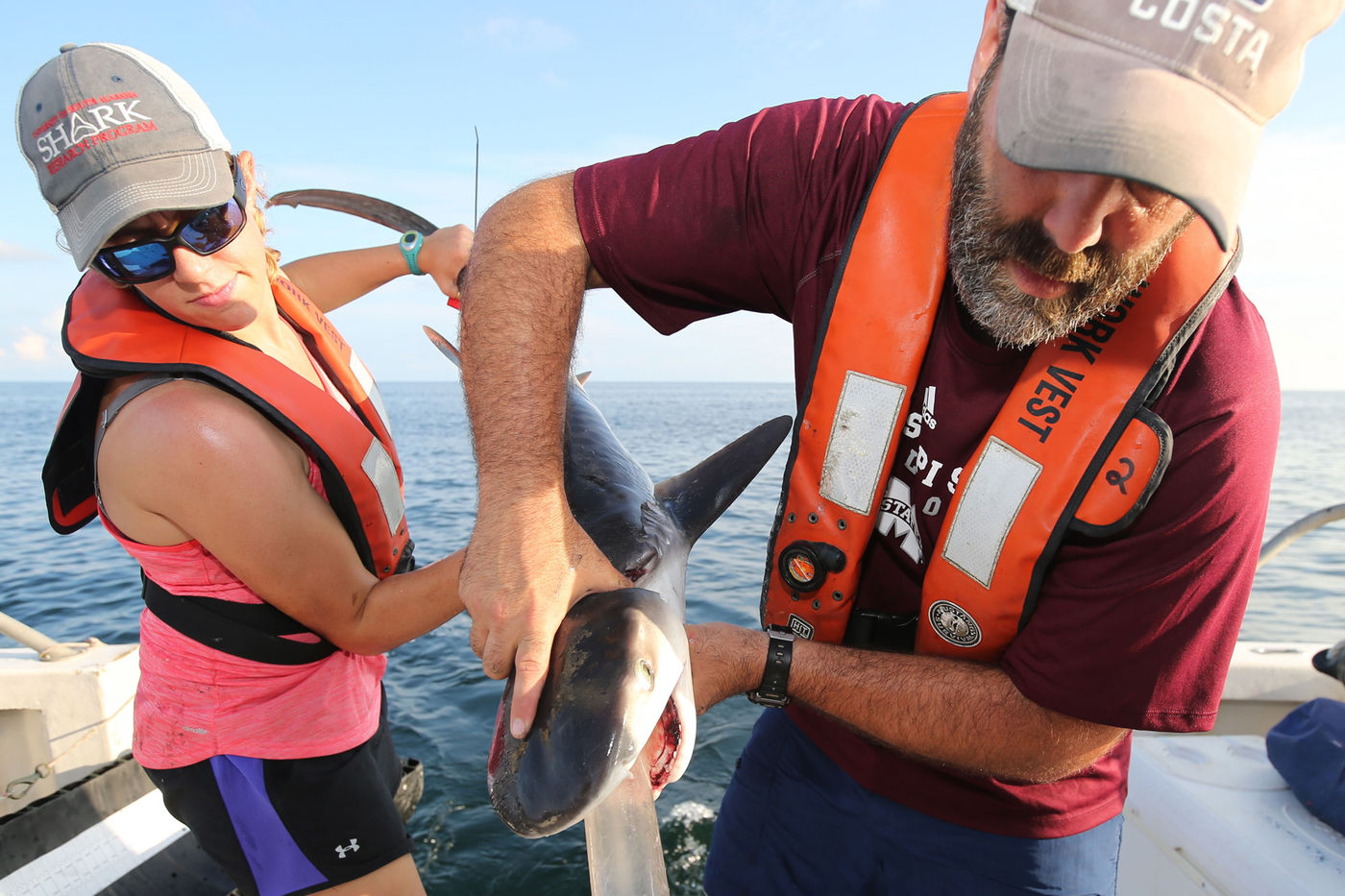 As many of the prey items were partially digested, assigning them to species was challenging. To overcome this problem, they sent the remains to the Field Museum's Pritzker Laboratory for DNA analysis. The scientists took tiny pieces of the bird remains and used chemicals to break them down into their basic molecular components. From there, they were able to examine the DNA sequences present in the bird tissues and compared them to databases of bird DNA to see what species they were from. This revealed something of a surprise.

"None of them were gulls, pelicans, cormorants or any kind of marine bird," explained Drymon. "They were all terrestrial birds – the kinds that might live in your backyard."

Although it's not unprecedented to learn that Tiger Sharks eat birds – in Hawaii, for example, adult sharks are known to eat newly fledged albatross chicks which are still struggling to fly – this is the first time that evidence has come to light to show that they eat songbirds that spent almost all their lives on land.

But how did the birds get there in the first place? The answer is clear: migrant songbirds cross the Gulf of Mexico each spring and autumn to and from their breeding grounds in North America. Comparing the dates on which the songbird victims were found in the sharks to eBird data, the researchers noticed a striking correlation. "In every instance, the timing of the Tiger Shark eating the bird coincided with the peak migration for that species of bird off our coast," explained Drymon. 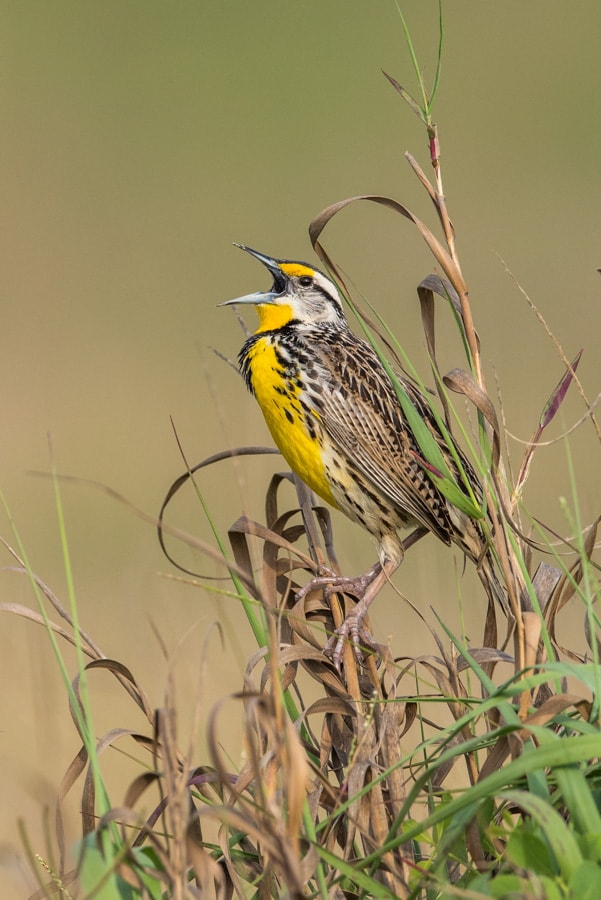 Typically seen on the grasslands and prairies of North America, it was a surprise for the researchers to find the remains of Eastern Meadowlark inside Tiger Sharks' stomachs in the Gulf of Mexico (Artur Stankiewicz).

Kevin Feldheim, a researcher at Chicago's Field Museum and a co-author of the study who led the DNA analysis, added: "The Tiger Sharks scavenge on songbirds that have trouble flying over the ocean. During migration, they're already worn out, and then they often get tired or fall into the ocean during a storm."

No fewer than 11 different landbird species were found in the stomach contents, including 'classic' long-distance migrants such as Barn Swallow, Eastern Kingbird and Common Yellowthroat, but also more surprising victims such as Marsh Wren, Eastern Meadowlark and Yellow-bellied Sapsucker.

Feldheim concluded: "Tiger sharks will see an easy meal and snatch it up, but I was surprised to learn that the sharks were eating songbirds – I assumed that they'd be seabirds.

"It was one of the coolest projects I've been associated with using DNA to tell a story."