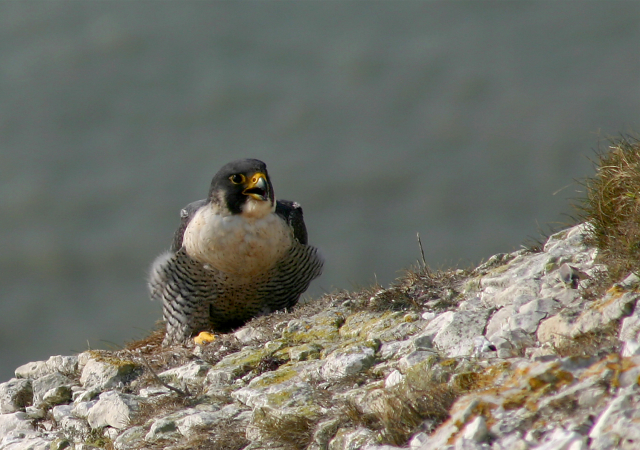 Previous studies have shown that Peregrine Falcons in particular have a track record of attacking migratory seabirds, especially Manx Shearwaters, European and Leach's Storm-petrels, and various wildfowl and waders. However, there appear to be no published data describing attacks on Balearic and Sooty Shearwaters. We therefore plan to produce a short article about this behaviour. To assist this process, we would be grateful for any examples of falcons attacking Balearic, Sooty, Cory's or Great Shearwaters (or any other unusually 'large' migratory seabirds). All contributions will be acknowledged in the published article. Please send any correspondence to the SeaWatch SW co-ordinator via the 'Contact Us' page on the project website: seawatch-sw.org.

Note that the next SeaWatch SW update will be uploaded within the next week or so, including the UK/Irish Balearic Shearwater monthly reports for September and October, and an overview of final two weeks of effort-based surveys in southwest UK.