Where do seabirds go when their nesting colony is buried by a volcano? A new study in The Auk: Ornithological Advances shows that the birds can be surprisingly adaptable, establishing a new colony on freshly created habitat nearby in just four years.

In 2008, the eruption of the Kasatochi volcano in the Aleutian archipelago provided a rare opportunity to track how the island's Crested and Least Auklet populations responded when their nesting colony was abruptly destroyed.

Crested and Least Auklets rely on habitat that must be maintained by continual disturbance. They nest in crevices in talus (scree) slopes formed by rock falls, which eventually become unusable when they're filled in with soil and debris. The volcano's 2008 eruption buried all of the suitable nesting habitat for the 100,000 Crested and 150,000 Least Auklets that had been nesting on Kasatochi. 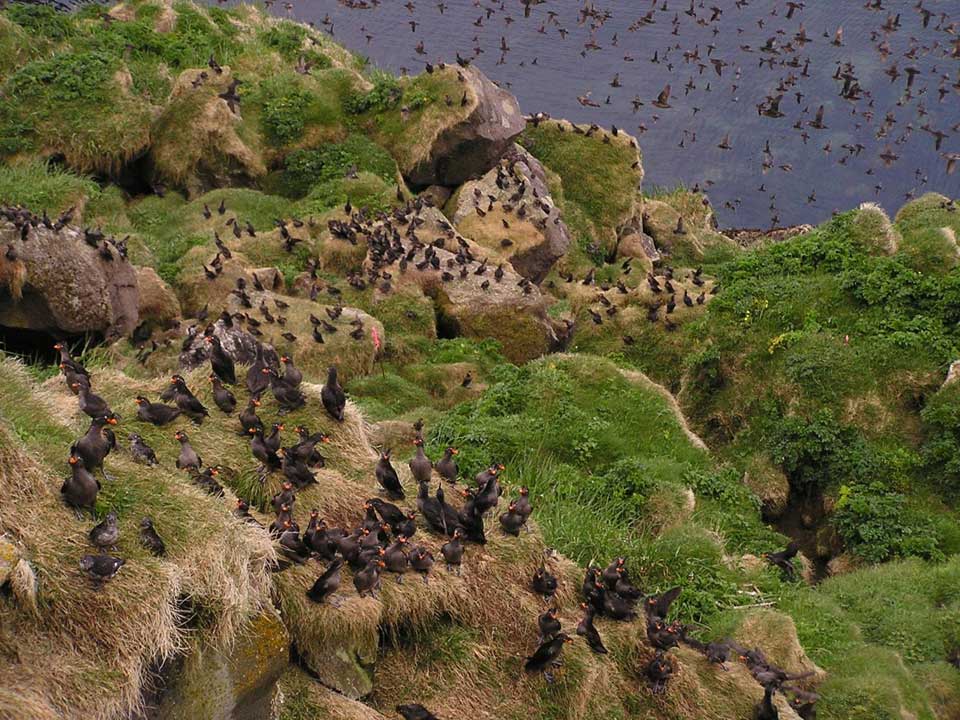 Crested and Least Auklets at Kasatochi before the eruption (USFWS Alaska).

The US Geological Survey's Gary Drew and his colleagues surveyed the island and its bird community by boat twice prior to the eruption and five times in the first eight years after, as well as deploying time-lapse cameras at two locations on Kasatochi to monitor the auklets' activity. Eleven months after the eruption, birds were sitting on the thick layer of ash covering their former nesting site, with no sign of any successful nests, and the number of auklets turning up at the site declined each year. However, in 2012, Drew and his colleagues found a new auklet colony at a recently formed talus field north of the original colony site. Surveys of birds at sea indicated that some may also have moved to a nearby island.

"We were surprised at the speed at which the auklets were able to shift and make use of the new colony site. These birds typically nest in very large colonies, so there may be a tipping point where newly available habitat shifts rapidly from being a site of no or low-density nesting to one of high-density nesting," said Drew. "Fortunately, both Crested and Least Auklets are currently doing well and we do not have any immediate concerns regarding the status of these two species. That said, these findings provide us a potential template for predicting the trajectory of auklet populations in response to habitat loss and interpreting auklet behaviours following future disturbance events."

"The volcanic eruption at Kasatochi in 2008 provided the rare opportunity to document the response of a colonial seabird to the sudden and complete destruction of its nesting habitat. This study capitalised on that opportunity and gives us a glimpse into the ability of these species to disperse to nearby colonies and colonise new habitat," added the University of New Brunswick's Heather Major, an expert on Aleutian seabirds who was not involved in the project. "This study is therefore important to our understanding of dispersal and habitat selection, and more generally, the ability of these two species to respond to large disturbances at their nesting colonies." 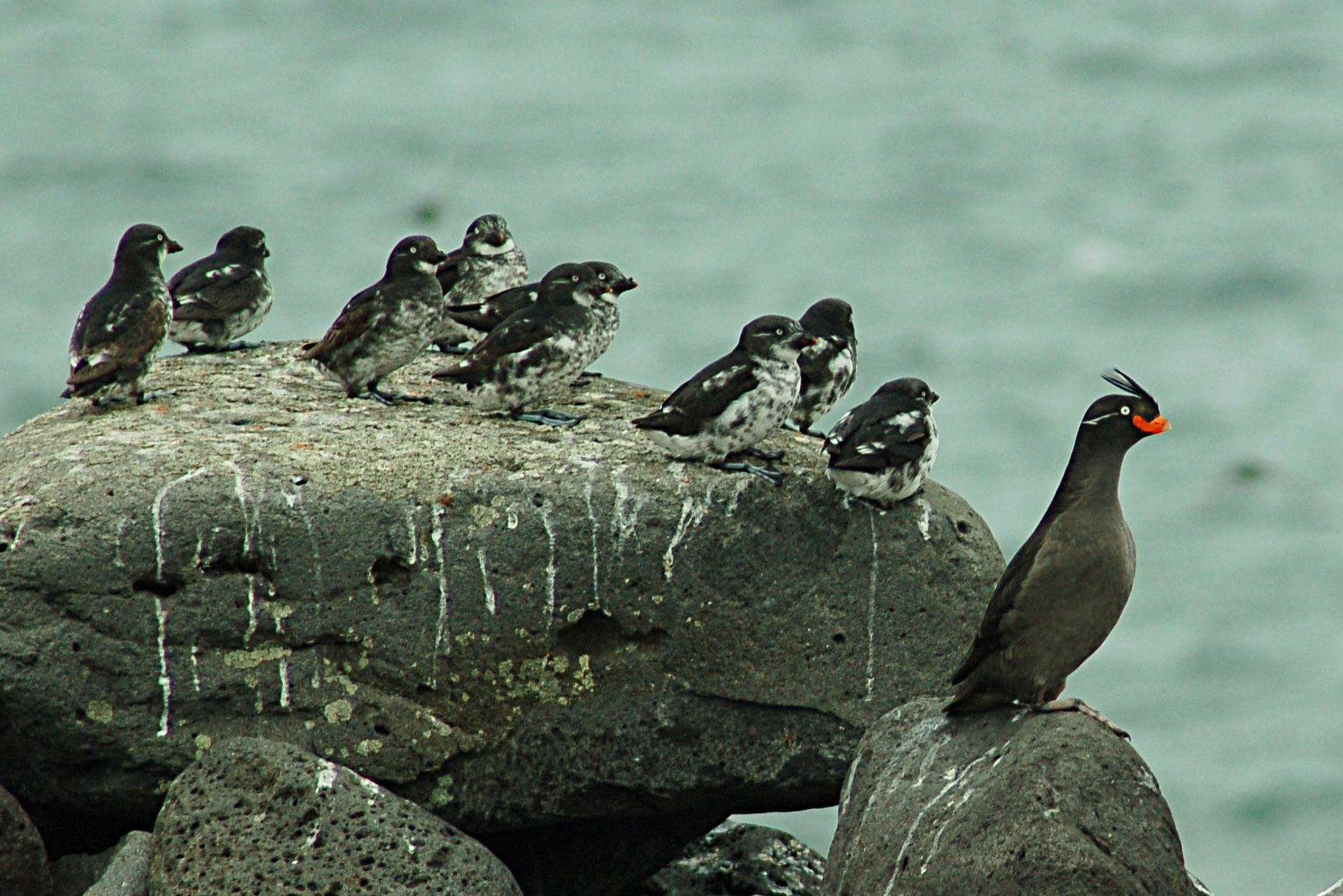