Saving the Polynesian Megapode: a clash between culture and conservation

During the second half of September, a two-week rapid survey of the Polynesian Megapode Megapodius pritchardii (known locally as Malau) was carried out on the island of Niuafo'ou — the first survey since 1993. The survey team consisted of Dr Huw Lloyd and Claudia Torres, from the World Pheasant Association, Sione Faka'osi from the Tonga Community Development Trust and Malakai Finau and Senituli Finau from the Tonga Ministry of Environment & Climate Change. 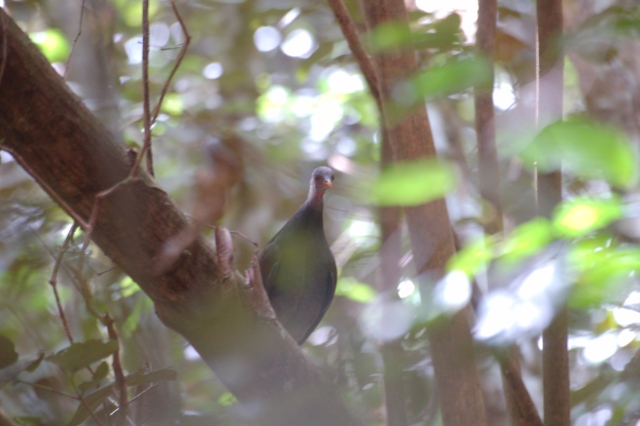 Polynesian Megapode is endemic to Tonga where, although fossil evidence indicates it was once widespread, there is now only a remnant population on the island of Niuafo'ou and a translocated population on Fonualei Island. This latest survey revealed that the Malau population has almost certainly undergone a serious decline, and is now confined to small areas within the caldera (a large sunken water- and forest-filled crater formed after volcanic activity). Discussions with local people revealed only rare sightings of wandering individuals (presumed adults) outside of the caldera in recent years. All sightings of adult birds during the survey were within close proximity to the few remaining active nesting grounds within the caldera. 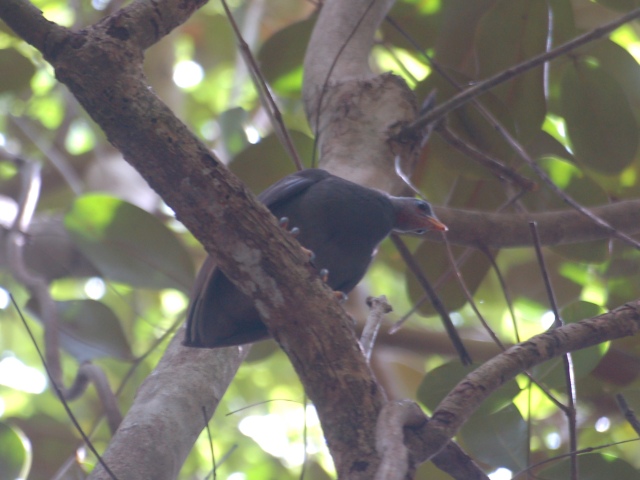 The survey team also found a sharp decline in the number of nesting grounds. Historically 27 Malau nests were known from 13 different sites across Niuafo'ou (Goeth, unpublished data), but during the September survey only 10 active nests at seven sites were found by the team. Given that traditional egg collecting has also declined since 1993, this steep decline is worrying and indicates that other factors may be having an impact.

The Malau has an interesting breeding ecology, closely linked to geothermal activity in the areas in which it is found. Traditional nest sites are large burrows up to 1.5m deep in loose soil in which the eggs are buried and subsequently incubated by the warmth from the geothermal activity. Malau chicks are precocial and when they hatch dig their way to the surface and are completely independent of their parents. 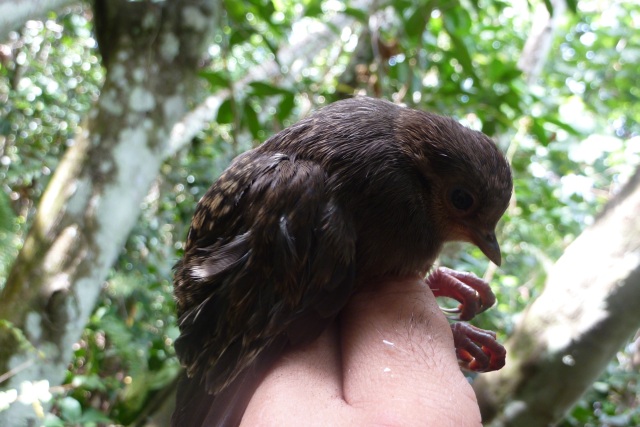 Polynesian Megapode chick found digging its way out of a nest burrow on Motu Lahi, the largest island in the volcanic lake of Niuafo'ou (photo: Claudia Torres).

The human population on the island of Niuafo'ou is in slow decline and currently numbers around 600, and these local people have a long tradition of collecting or harvesting eggs from Malau nests. There is a ban on egg collecting on Tonga but this has always been impossible to enforce, largely because the island is so remote, and egg collecting has always formed a part of their cultural heritage. 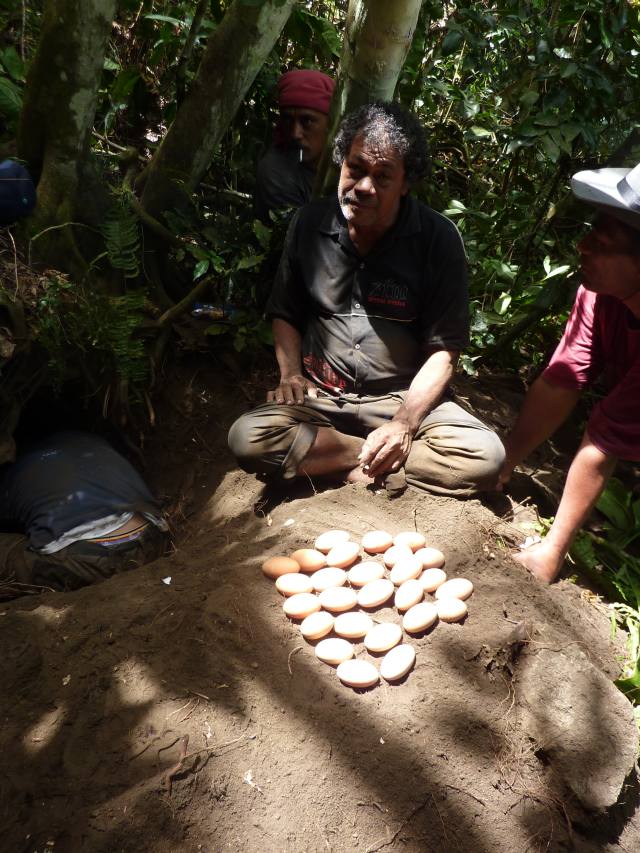 During the survey the team observed excavations at two nests by one of the most experienced egg collectors on the island. Malau are capable of re-laying within 16 days and will do so year-round. There is evidence to suggest that the periodic excavation of traditional nest sites is useful in that it removes rocks and vegetation allowing the adults easier access and excavation. Periodically keeping the soil loose also ensures that the formidable task facing the chicks of digging through the metre or more of soil above them is as easy as possible. This kind of community-based conservation initiative is key, as due to the remoteness of the island eco-tourism does not currently contribute significantly to the local economy: one tour ship calls annually, bringing as few as 30 individuals. Discussions with the egg collectors on the island revealed they too were concerned with the decline in the species' fortunes. With a three-year IUCN Action Plan currently in development, one of the key outcomes may be that the main egg collector on the island is employed to be the guardian and to manage the nesting grounds sustainably, recording the numbers collected and left undisturbed, and creating a local resource for regular census and surveys of the population.

The reason for the decline in the number of nest sites is currently unknown. One possibility is that natural shifts in geothermal activity may have caused changes in soil temperature profiles that would inhibit successful incubation of eggs. If this is the case (and the investigation is ongoing) it may therefore be possible to identify suitable areas of geothermal activity. Local egg collectors could then be engaged to create new nesting burrows in these areas, hopefully facilitating the movement of birds into new more suitable nesting areas within the caldera and perhaps even beyond it. For this to be successful, however, other threats have to be confirmed and quantified. These include feral cats, which local people suggest are responsible for mortality of chicks and egg-laying females — although the team found no direct evidence for this. Feral pigs are almost certainly destroying suitable foraging habitat for young birds and probably limiting individuals to the caldera.

The survey team was also able to collect some valuable genetic material — in the form of feathers — for further analysis back in the UK. It is hoped this will help determine the current status of the gene pool within the critically low population and how the species has managed to survive stochastic events such as past volcanic eruptions.

The survey was co-funded under the Critical Ecosystem Partnership Fund (CEPF) and Program of Work for Protected Areas (POWPA).