'Robot Birder': Robot Joins the Hunt for the Ivory-billed Woodpecker 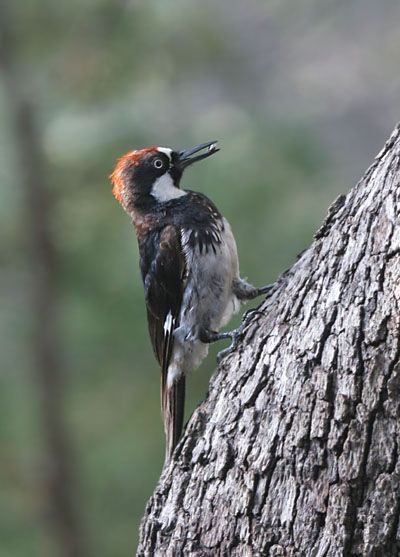 Will a robot be the first 'birder' to document beyond doubt the presence of one of the most enigmatic species on our planet - the Ivory-billed Woodpecker? There have been recent claims of 'the Elvis of extinct birds', fuelling a quest to confirm its continued presence in the woods of Arizona. Prior to these reports, the last fully documented American sighting was in Louisiana in 1944, and many believed the species extinct both in the USA and in Cuba, the only other country where it occurred.

These recent reports generated a blurred video image, and sound recordings, sparking heated debate as to whether or not they actually involved this 'lost' species. The possible rediscovery of the Ivory-billed Woodpecker was considered by sceptics to involve another species, the Pileated Woodpecker, and the debate continues.

Now, the world's first 'robot birder' has joined the quest to prove that this large woodpecker still exists in the Big Woods region of Arkansas. The robot is a sophisticated set of smart video cameras, which are combing suitable habitat hoping for a glimpse of 'Elvis'. Unlike real birders, the robot has no qualms about being bitten to pieces by mosquitoes and can head into quite inaccessible habitat in its quest. Each camera records eleven frames per second, at a resolution of two megapixels, in search of its quarry. So far it has not located one of the biggest finds of all time, its best avian finds including Red-tailed Hawk and Great Blue Heron.

But, just like 'real birding', you never know whether something good is just around the next corner. It will be truly sensational news if 'robot birder' makes the find of a lifetime! If it does, it throws up all sorts of possibilities for other extinct, or nearly extinct, species in impenetrable terrain.