The second week of August passes and we are now very much knocking on autumn’s door. However, in the absence of any early-season fall, there was a late-summer vibe to proceedings across Britain and Ireland, with seabirding and the occasional decent shorebird taking the headlines.

Mega rarities were limited to the long-staying American White-winged Scoter off Murcar Golf Course, Aberdeenshire, which was well watched alongside up to three Surf Scoter over the weekend, and a Barolo Shearwater that flew past Porthgwarra, Cornwall, mid-morning on 13th.

Seawatching once again stole the show this week, the continuing influx of Wilson’s Storm Petrels ensuring that pelagic birders enjoyed bountiful trips. Peak count this week was of 16 from a trip out of Baltimore, Co Cork, on 12th and a further five the following day. Up to four were seen from the numerous pelagic trips out of St Mary’s, Scilly, this week, but those aboard will long remember the trips not necessarily for the Wilson’s, but more for the sheer spectacle of hundreds of feeding birds. The trip on Sunday 13th was particularly spectacular, with some truly astonishing tallies: 1,200+ Cory’s, 550+ Great and 200 Sooty among thousands of Manx Shearwaters is a scene few would have believed possible in British waters, yet evidently the feeding is so good here at the moment that these birds are happily lingering just a few miles off the Scilly archipelago. The presence of baleen whales (Fin and Minke have been recorded this week) and Atlantic Bluefin Tuna only serve to highlight the unique opportunity available to both birds and birders in the South-West Approaches this summer. 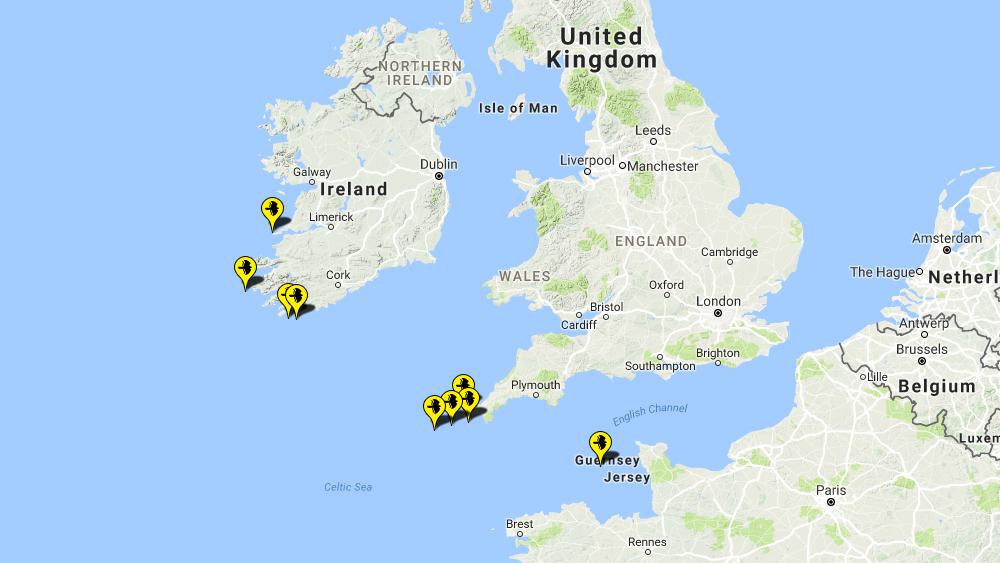 A Wilson’s Storm Petrel was recorded as far east as Guernsey on 14th and two flew past Bridges of Ross, Co Clare, on 12th. There were also a couple of reports from the Scillonian crossing and from pelagic trips out of Mousehole, Cornwall. The typical shift towards more ‘classic’ autumn seabirds seems to have begun, with the likes of Grey Phalarope becoming more frequent – as evidenced by 12 past Kilcummin Head, Co Mayo, on 12th. Meanwhile, back in Cornwall, both large shearwater species remain very prominent, and in a bumper year such as this perhaps they’ll linger well into the autumn. 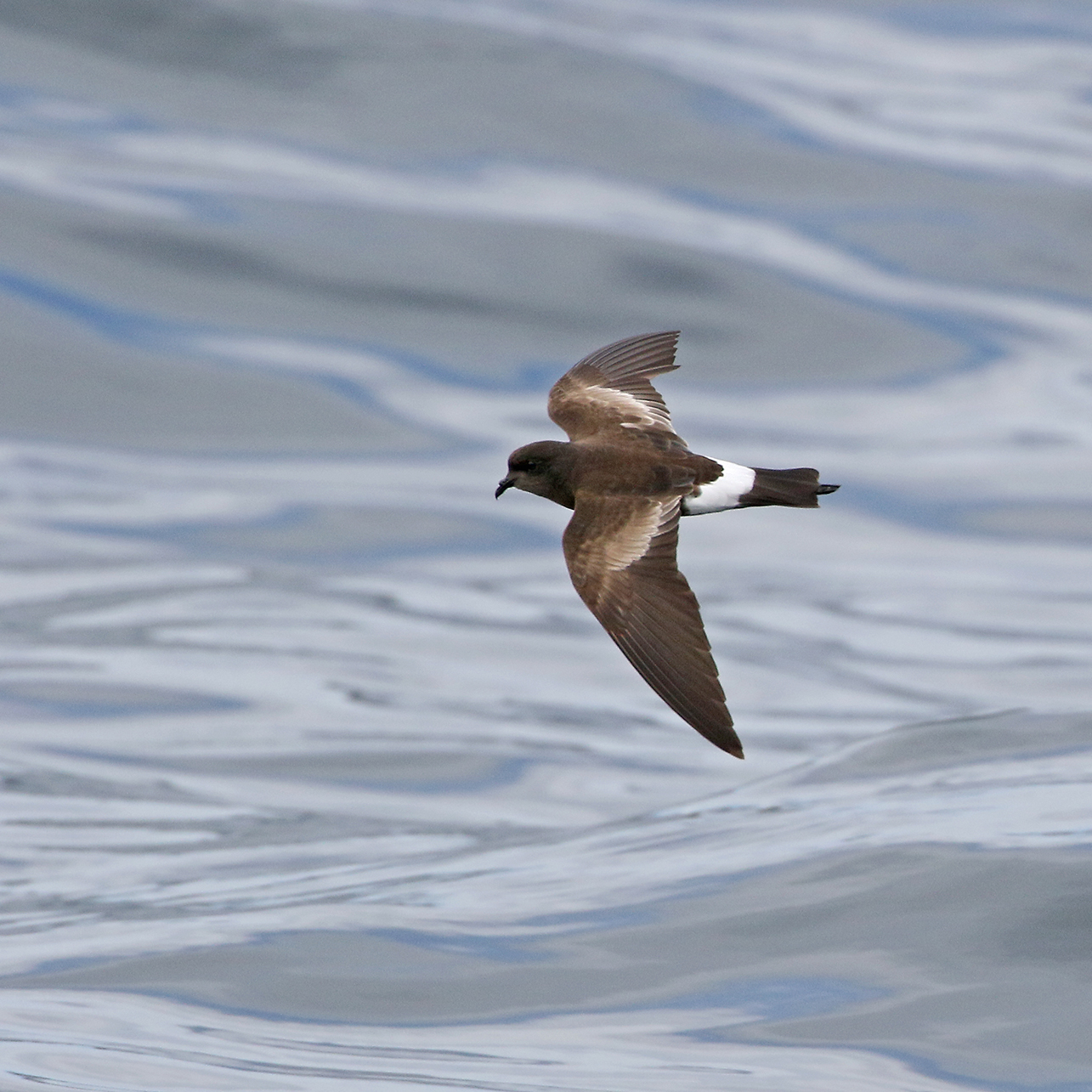 A smattering of Sabine’s Gulls included a few inland records. One briefly visited Napton Reservoir, Warks, on 9th, that day also producing adults at Lower Farm Pits, Berks, and Beddington Farmlands, London. Another roosted at Scorton Pits, North Yorks, on 13th. Larids otherwise included four Bonaparte’s Gulls, two of which there new: an adult on the River Taff in Cardiff (admittedly perhaps a returning individual) on 12th and an immature at Caherfearlane Marsh, Co Kerry, on 13th in addition to lingering birds in Dorset and Kent. The only Ring-billed Gull was the usual adult at Nimmo’s Pier, Co Galway; Caspian Gulls were reported from a dozen sites.

A Caspian Tern flew over Seal Sands, Cleveland, on 14th. The adult White-winged Tern was last seen at Rutland Water on 10th, with others at Farmoor Reservoir, Oxon, on 11th and Havergate Island, Suffolk, on 12th. A further individual toured Chichester Harbour and Hayling Island from 14th, while a juvenile roamed the Exe Estuary, Devon, from 9th. Meanwhile the long-stayer was back on North Ronaldsay on 13th.

Western Cattle Egrets were logged at upwards of 20 sites across Britain and Glossy Ibises were seen in four distinct areas: a flock continued to roam Cornwall’s Camel Estuary, up to two were at various sites around Devon’s Taw Estuary, one remained on the Somerset Levels and another moved from Cley to Salthouse, Norfolk. There were no reports of Black-crowned Night Herons from Somerset, but birds were seen at Lade Pits, Kent, on 9th and Hickling Broad, Norfolk, on 13th as well as the long-stayer still in central Shrewsbury. A fly-by Purple Heron was at Bembridge, IOW, on 9th, and a juvenile roosted overnight at Needingworth Quarry Lakes, Cambs, on 10–11th. After spending a few days in fields near Langton Herring, Dorset, on 10–12th, a green-ringed White Stork flew over Charmouth, Dorset, on the latter date and was then seen well to the north at Bewdley, Worcs, the following day. 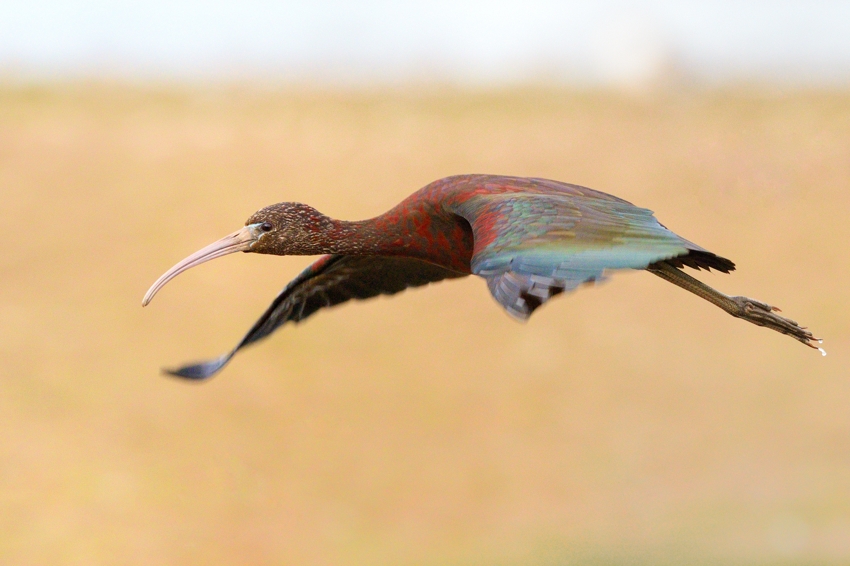 A Pectoral Sandpiper was a good inland find at Cropston Reservoir, Leics, from 13th, with others in Staffordshire, Lincolnshire and Co Mayo. The White-rumped Sandpiper continued to tour coastal Northumberland this week, last being seen at Druridge Pools on 14th. It or another then appeared at Greatham Creek, Cleveland, in the late evening on 14th, switching to Saltholme Pools the following day. At least one adult was in Co Wexford and a further individual was at Snettisham, Norfolk, on 14th. The adult Baird’s Sandpiper was last seen at Potter Heigham Marshes, Norfolk, on 10th. An adult Semipalmated Sandpiper was at Sully, Glamorgan, on 12–13th, but its identification was only realised on the latter date. The only Buff-breasted Sandpiper was an adult on North Ronaldsay, Orkney, from 13th. As well as the adult still at Oare Marshes, Kent, all week, a Long-billed Dowitcher was found at Clogheen Marsh, Co Kerry, on 13th, where there was apparently also a Lesser Yellowlegs. One of Cliffe Pools’ Black-winged Stilt families moved north to Bowers Marsh, Essex, this week while the other remained on the Kent side of the Thames Estuary. 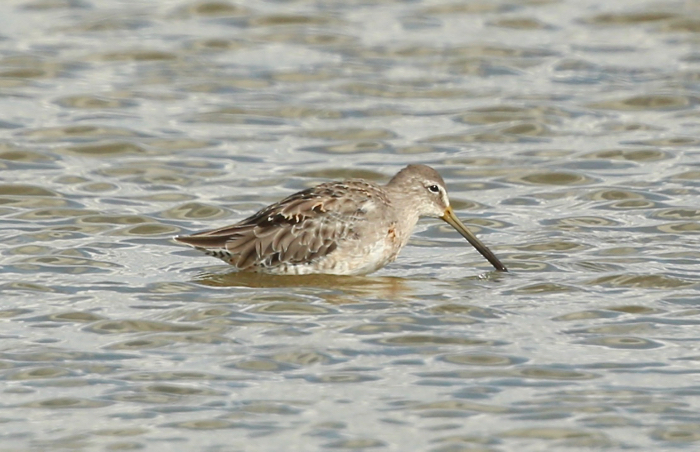 It was interesting to hear of the return of the adult female Snowy Owl to Co Mayo’s Tarmon Hill. This regal bird has been seen here intermittently for over a decade now, having first appeared in late summer 2006. In fact, aside from a brief appearance in March, this is the first time that the bird has visited Tarmon since autumn 2012 – where has it been in the interim?

Passerine migrants have been particularly scarce so far, so the appearance of a Thrush Nightingale at Gramborough Hill, Norfolk, on 11th was surprising yet pleasing. One species that did appear in reasonable numbers was Melodious Warbler, with seven seen. Birds were in Cornwall and Kent on 10th with records from two Dorset sites on 11th and 12th. Another was in Kent on 13th, with records from Scilly on 14th and Devon on 15th.

Other bits and bobs included a male Red-backed Shrike at Worth Marsh, Kent, on 9th, a male Common Rosefinch south of Mallaig, Highland, on 12th and three well-spaced Rosy Starlings in Highland, Guernsey and North Yorkshire, the latter involving a smart male in Scarborough from 13th. The flock of European Bee-eaters remained at Ulverscroft, Leics, throughout the week. A Eurasian Wryneck was reported at Lound, Suffolk, on 11th. The Alpine Swift returned to the skies above Bempton Cliffs, East Yorks, from 12th and was also seen at nearby Buckton. 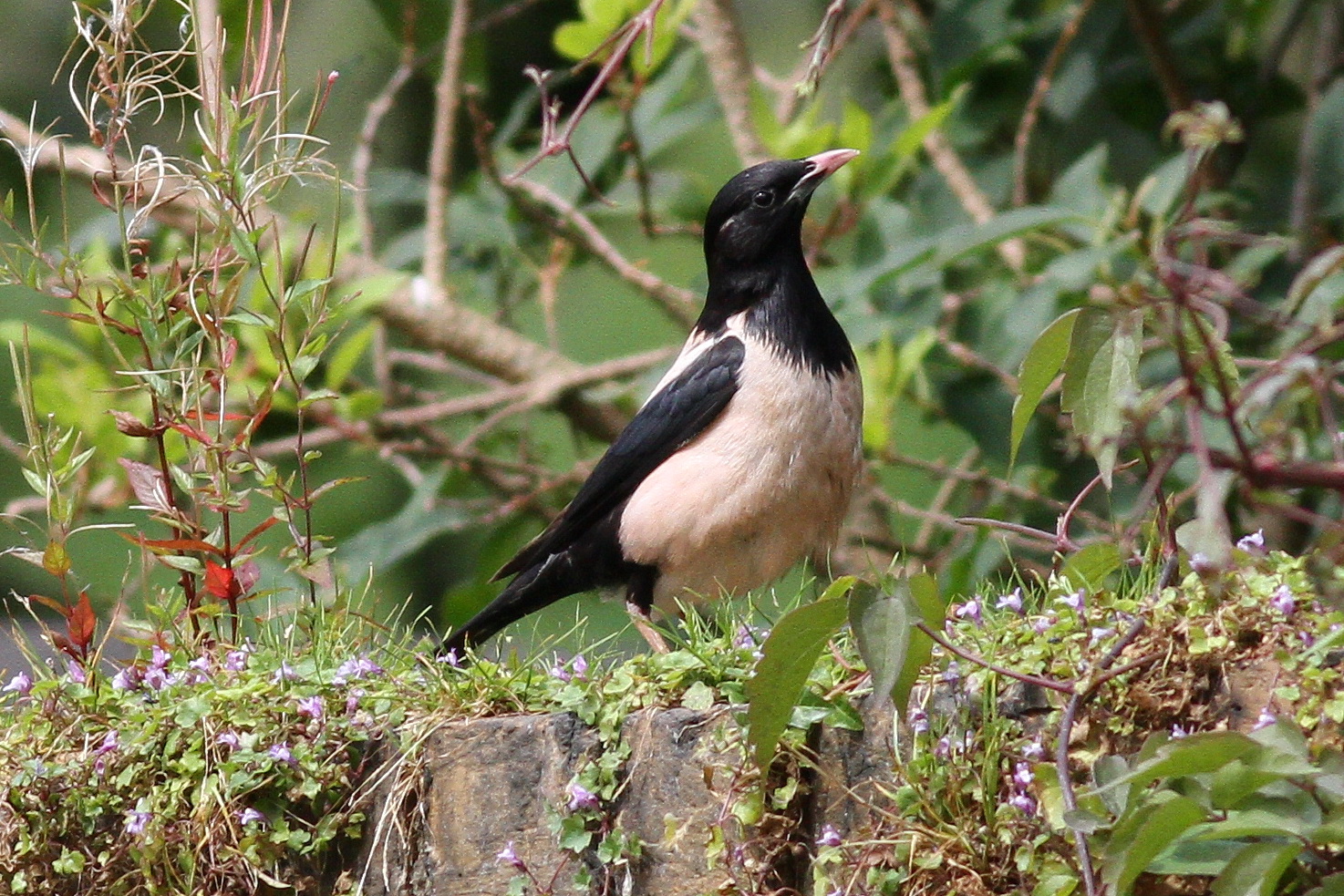 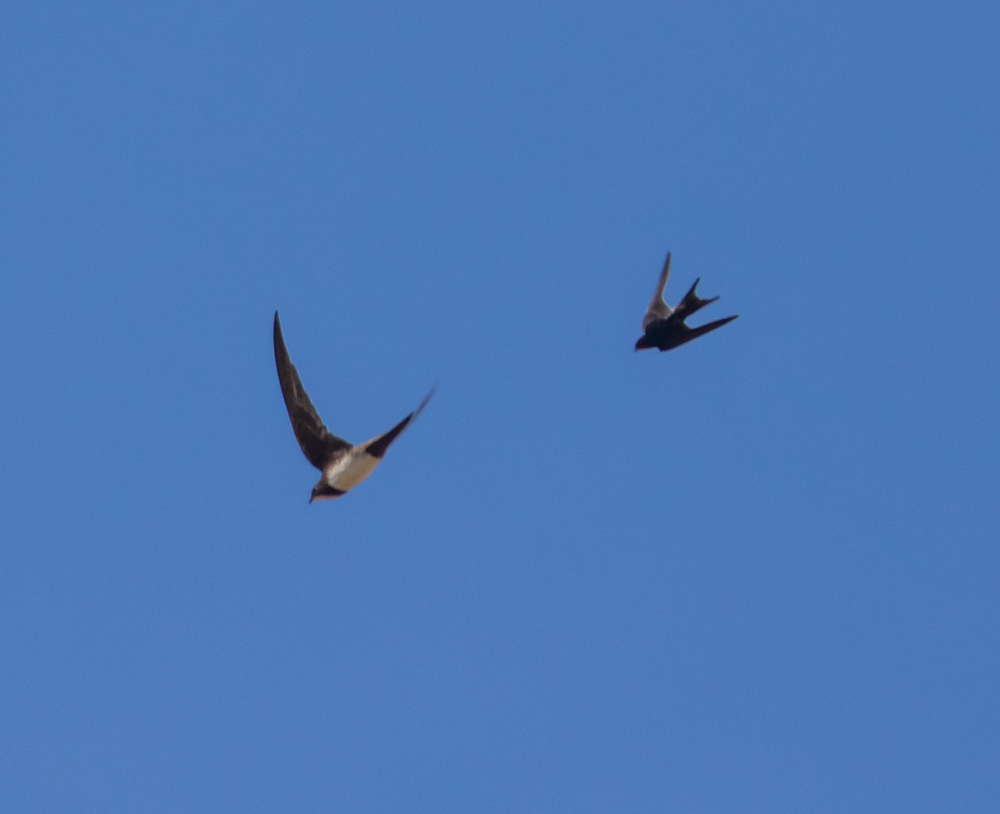 It was a great week to be on Terceira, Azores, with the Grey-tailed Tattler still on show at Cabo da Praia to 10th and a Solitary Sandpiper there from 11–13th. As if to sweeten the deal, the Snowy Egret seen in the centre of the island in early July was relocated at Ponta das Contendas on 10th. 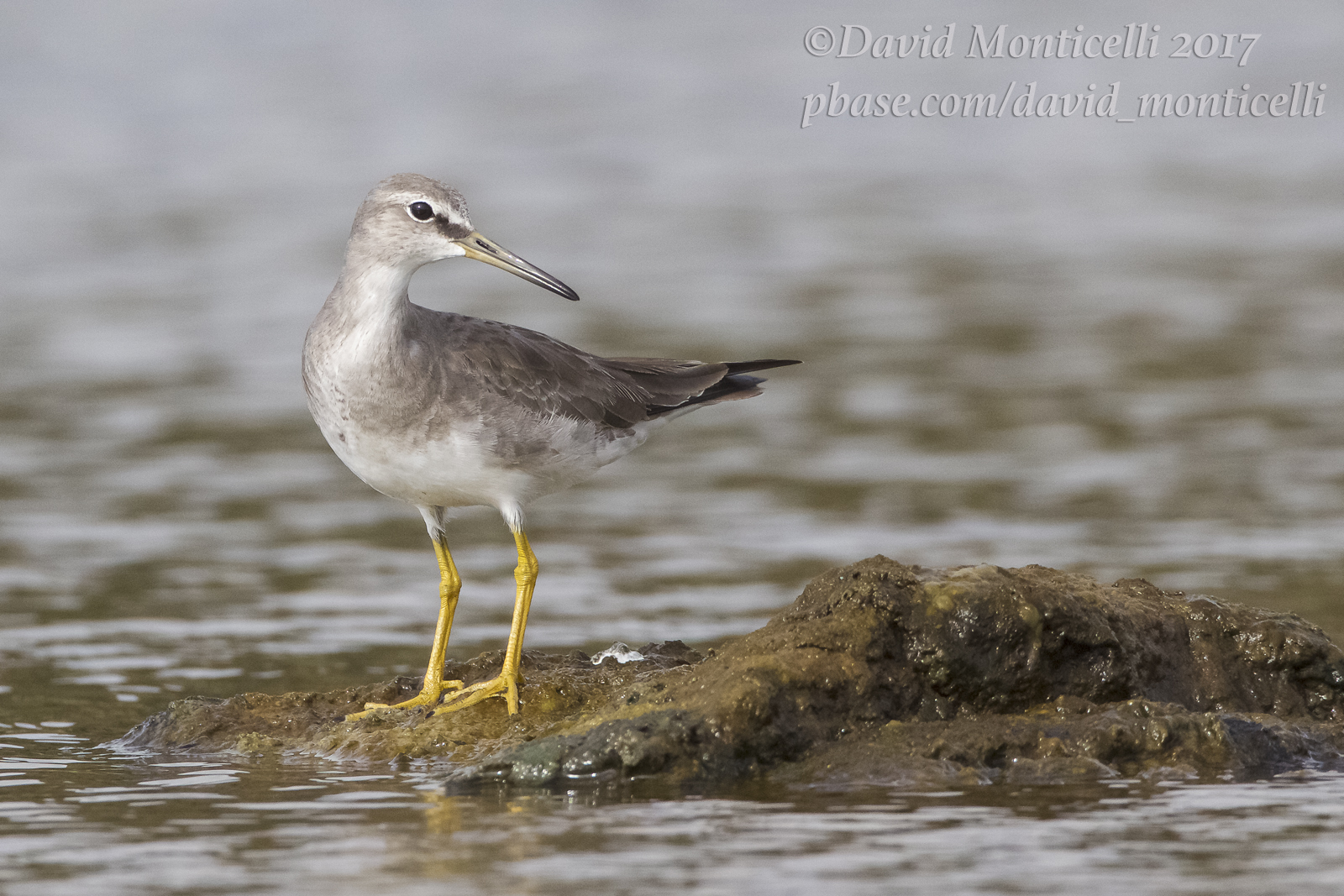 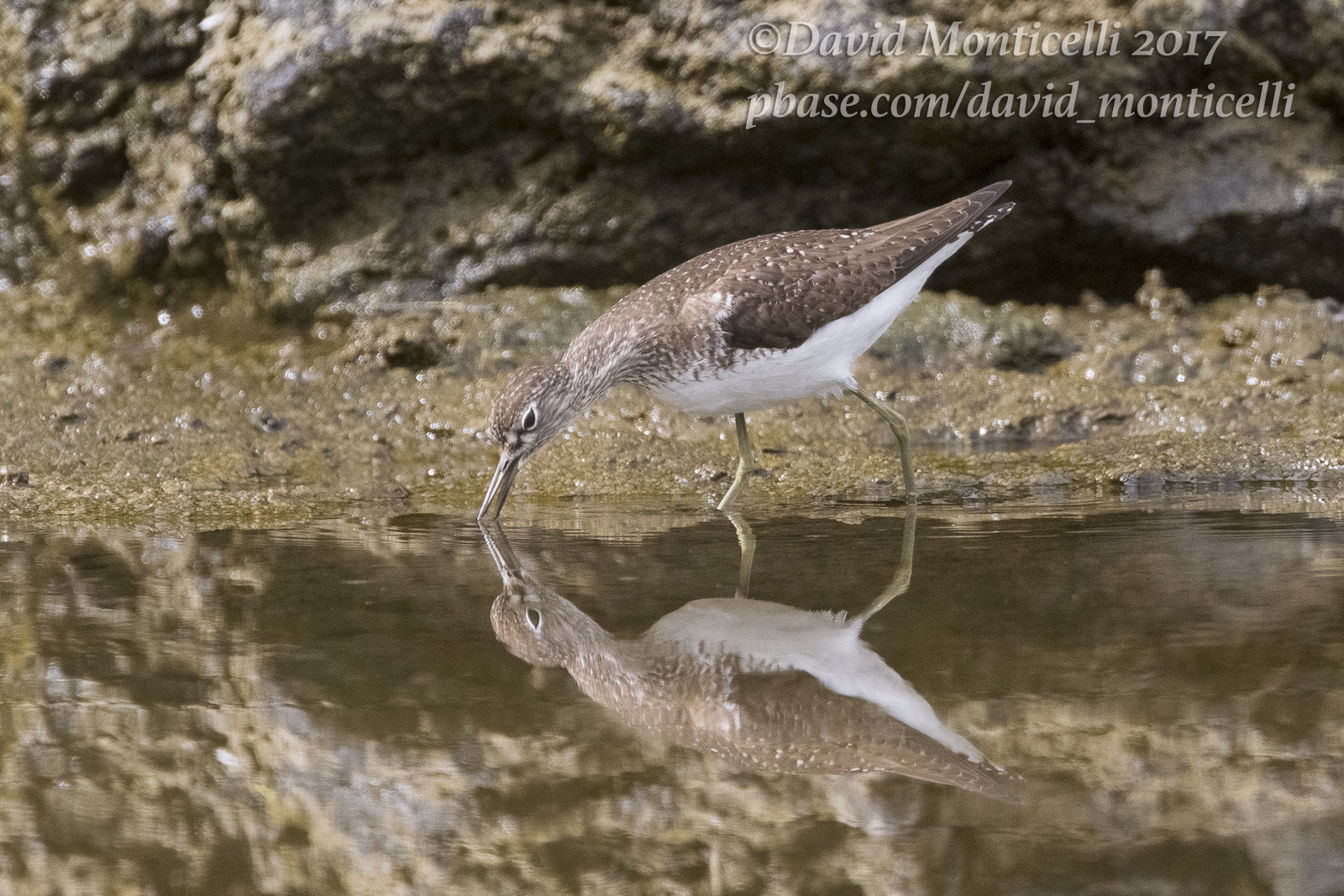 A pelagic off Madeira produced a Swinhoe’s Storm Petrel on 11th, while a Brown Booby was seen off Ponta de São Lourenço on 13th. Spain’s second Kelp Gull was at Isla Cristina, Huelva, on 8th, while an Elegant Tern was west of Almeria at Punta-Entinas Sabinar that day, with another near Valencia on 15th (and the Hudsonian Whimbrel still in Cantabria).

A Western Swamphen at Le Crotoy, Somme, on 10th represents the all-time most northerly French record and adds yet further weight (if it were needed) to the sure-fire future acceptance of last summer’s British bird. Also in France, it transpired that an immature Black-browed Albatross reported again off the Finistère coast on 10th (having been seen on 5th) had been seen very close to (if not in) British waters.

Talking of albatrosses, the regular adult Black-browed was seen daily on Sylt, Germany, to 13th, but disappeared from 14th – another British appearance would be most welcome before the summer is out. Not far from Sylt, a juvenile Pallas’s Gull flew past Blåvand, Denmark, on 12th, while yet another Black-winged Kite appeared in the Netherlands, at Overschild from 13th. A male Caspian Plover was at Laszka, Poland, on 9–10th and Swinhoe’s Storm Petrel was again recorded off Eilat, Israel, on 15th.