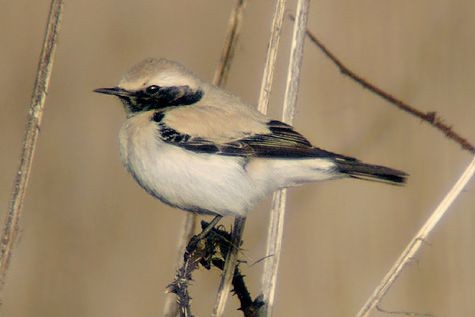 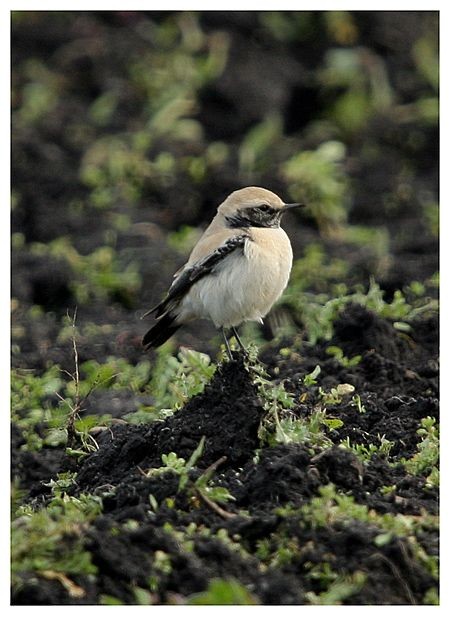 
Rare wheatears are normally a bonus for coastal birders, though they are detected inland from time to time. A surprise find this week was a lovely male Desert Wheatear at Irlam (Greater Manchester) from the 8th to 9th, but unfortunately it did not remain long enough for the weekend crowds. A Rustic Bunting was reported from Saltfleetby (Lincs) on 14th and the Little Bunting remained at Amwell GPs (Herts). An Alpine Swift was reported over Martin Mere (Lancs) on the 11th and a Richard's Pipit was at Northwick Warth (Glos) briefly on 9th. The Black-throated Thrush was last reported from Rothesay (Bute) on the 9th and the Dusky Warbler in Newquay (Cornwall) continued to provide a nice diversion for birders visiting the Southwest. A Penduline Tit was reported from Minsmere (Suffolk) on 9th and was apparently also there on the 28th February. Nine Yellow-browed Warblers were logged between West Sussex and Cornwall, and seven Siberian Chiffchaffs included three in Worcestershire. Five Great Grey Shrikes included birds at Grimes Graves (Norfolk), Ogston Reservoir (Derbyshire), Edderton (Highland) Perthcelyn (Glamorgan) and Parkend (Gloucestershire). Nine Lapland Buntings included five at Cowbar (Cleveland), small parties of Shore Lark remained in Norfolk and Kent, plus singletons in Lincolnshire, Aberdeenshire, Northumberland and West Yorkshire and Waxwings totalled 85 birds, including 32 at Longforgan (Perth and Kinross) and 20 in Glasgow (Clyde). 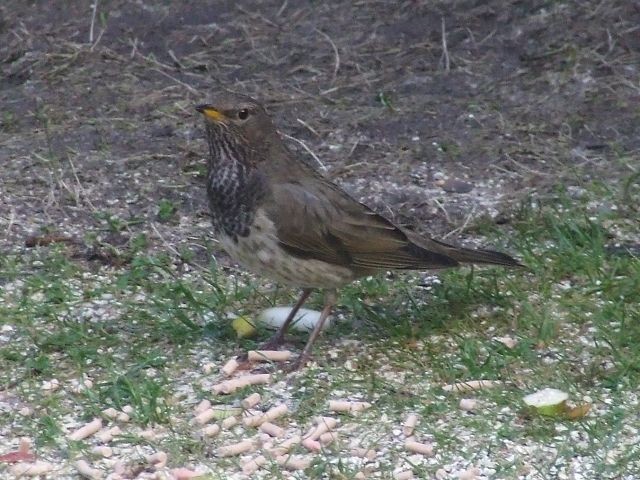 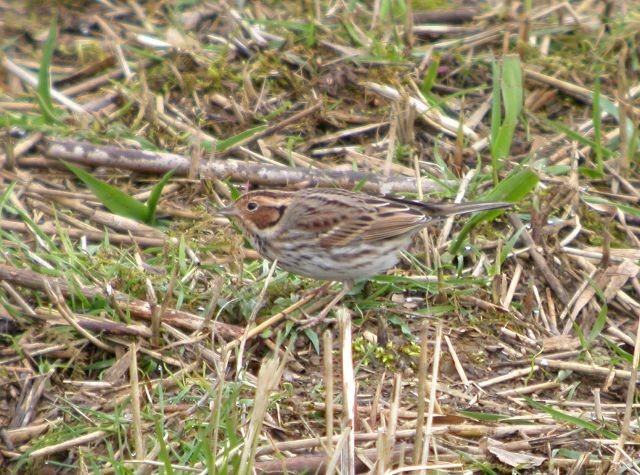 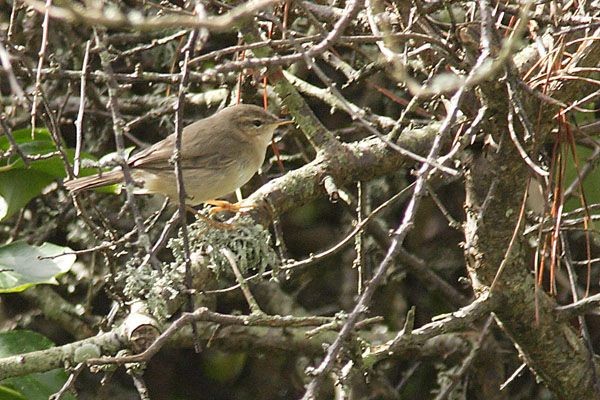 
The Pacific Diver was reported off Penzance (Cornwall) again on the 10th and the juvenile remained at Llys-y-Fran Reservoir (Pembroke) to at least the 12th. The confiding White-billed Diver remained on the Hayle Estuary (Cornwall) and the tricky Gyr Falcon was seen at both Stepper Point and Pentire Point (Cornwall) during the week. Two Snowy Owls were still present on Lewis (Outer Hebrides), the White-tailed Eagle remained at Loch of Strathbeg (Aberdeenshire) and two Rough-legged Buzzards were in north Norfolk and the wintering bird remained on the Isle of Sheppey (Kent). The Black-eared Kite remained at Snettisham (Norfolk). 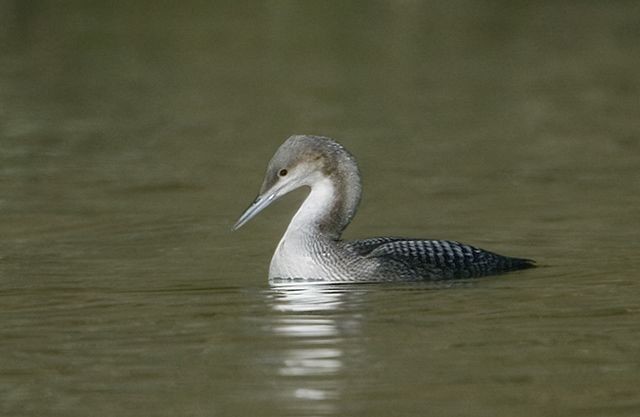 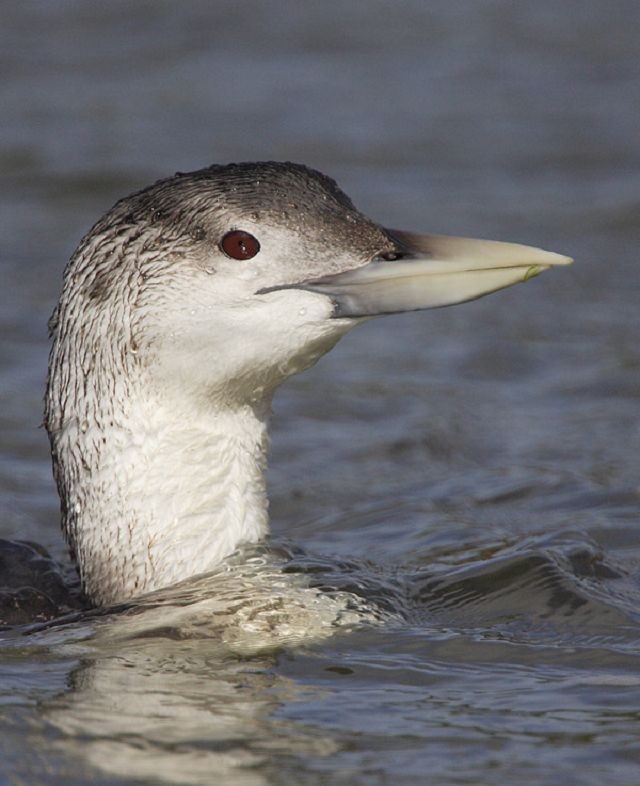 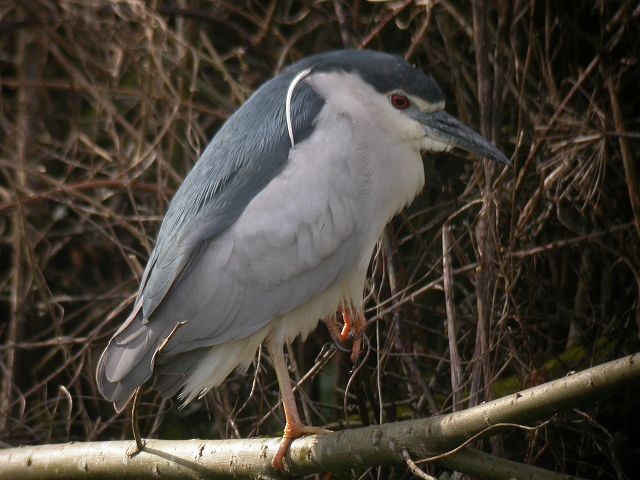 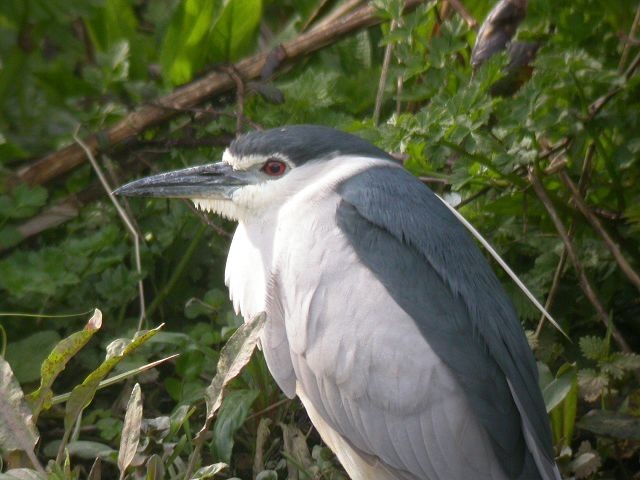 
A small arrival of Night Herons included adults at East Prawle (Devon) and St. Mary's (Scilly) on 11th and an immature on St. Agnes (Scilly) on 14th. White Storks included one over Orsett (Essex) on 8th and one at Wold Newton (E. Yorks) from 14th. The Glossy Ibis was still present at Lytham St. Annes (Lancs) and Great White Egrets were reported briefly from Stone Creek (E. Yorks) on 10th and Walmsley Sanctuary (Cornwall) on 12th. The long-staying Cattle Egret remained in Devon and Spoonbill flocks included seven at Arne (Dorset) and three at Isley Marsh (Devon). In London the Grey Phalarope was still at Crossness LNR and the Temminck's Stint was at Slimbridge (Glos) to at least the 12th. A Long-billed Dowitcher was in Suffolk/Essex, favouring Mistley, from 9th onwards and long-staying birds remained in Anglesey, Co. Louth and Kent, as did the Spotted Sandpiper on the Hayle Estuary (Cornwall). 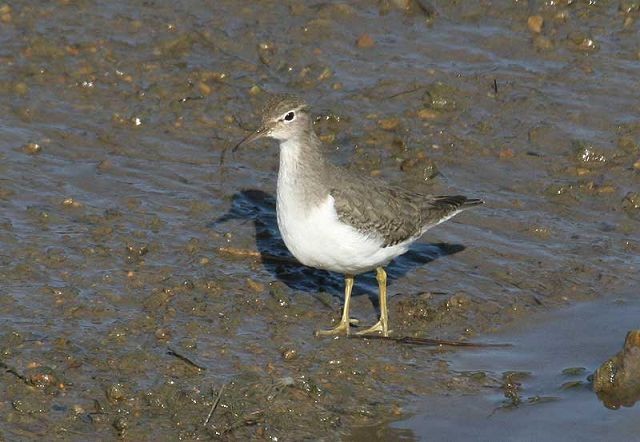 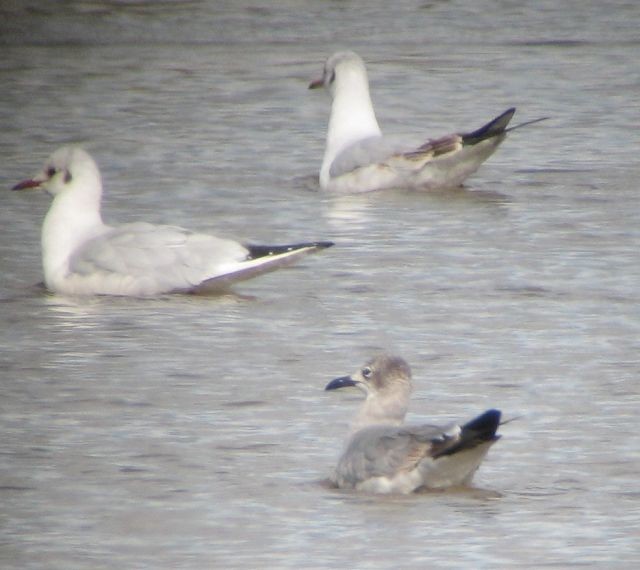 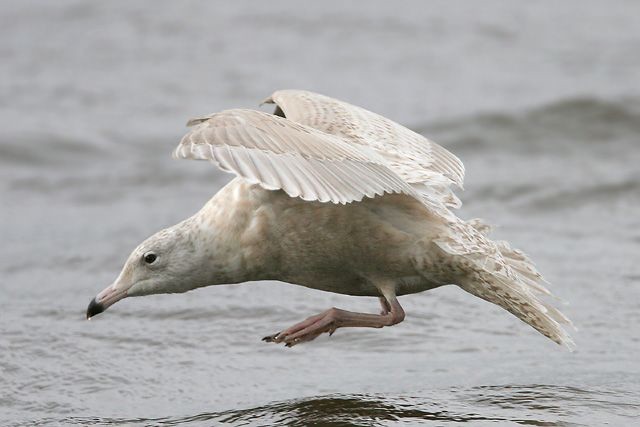 
The 1st-winter Laughing Gull was once again relocated in Devon, being seen at Exminster Marshes, Bowling Green Marsh and then Countess Weir from the 9th onwards. A trio of American Herring Gulls included the 4th-winter still at Nimmo's Pier (Co. Galway), with a 2nd-winter at Killybegs (Co. Donegal) and a 1st-winter at Mousehole (Cornwall). A handful of Kumlien's Gulls included adults at Killybegs (Co. Donegal) and Shanganagh (Co. Dublin), whilst good numbers of Iceland Gulls were still at large and Ring-billed Gulls totalled around 18 birds, including six at Sandymount (Co. Dublin). 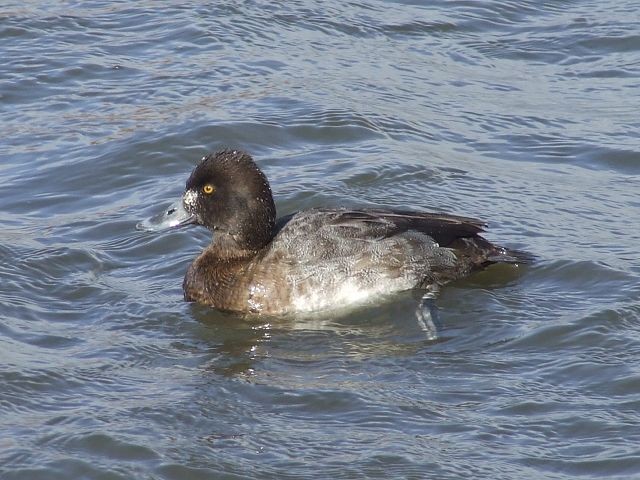 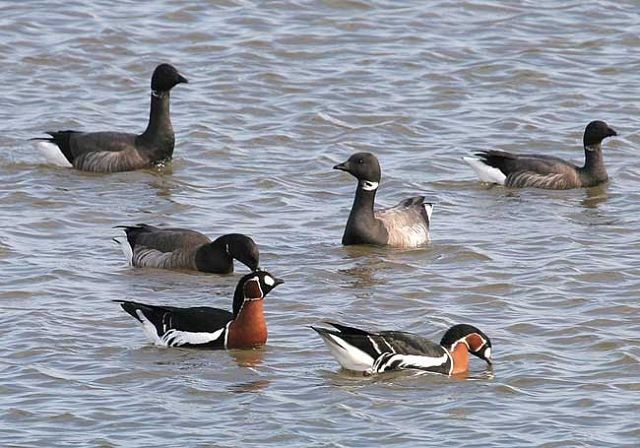 Two adult Red-breasted Geese were at Warham Greens (Norfolk) on the 10th, then Wells-next-the-Sea (Norfolk) from 11th-14th - presumably the birds present in Lincolnshire earlier in the winter. Nine Black Brants were reported and vagrant Canada Geese were still Northumberland and Dumfries and Galloway. The drake Barrow's Goldeneye remained in Forth and Lesser Scaup included two at Caerlaverock (Dumfries and Galloway) and singles on Benbecula (Outer Hebrides) and Blagdon Lake (Somerset). The long-staying female Ferruginous Duck remained in Kent, 10 Ring-necked Ducks were noted, along with six American Wigeon and 11 Green-winged Teal. The Black Scoter was still present off Llanfairfechan and the only Surf Scoter reported was the drake in Fife. 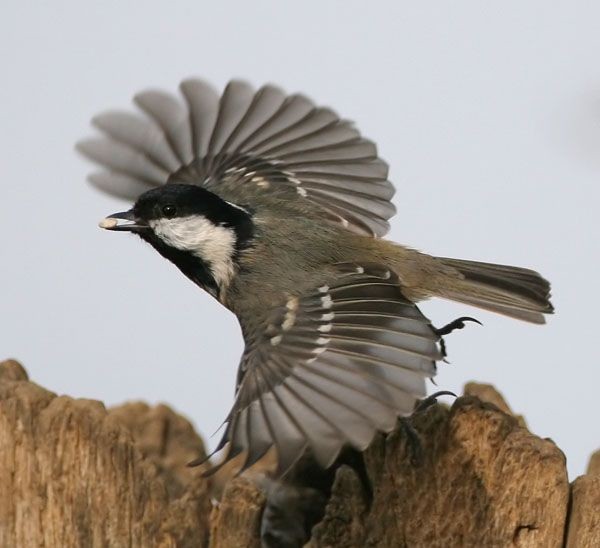 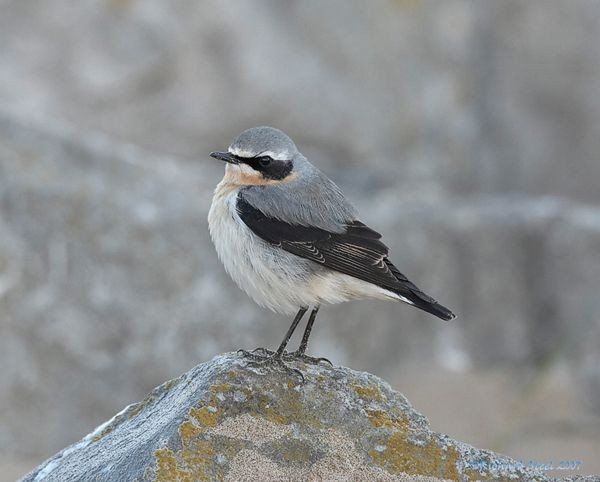 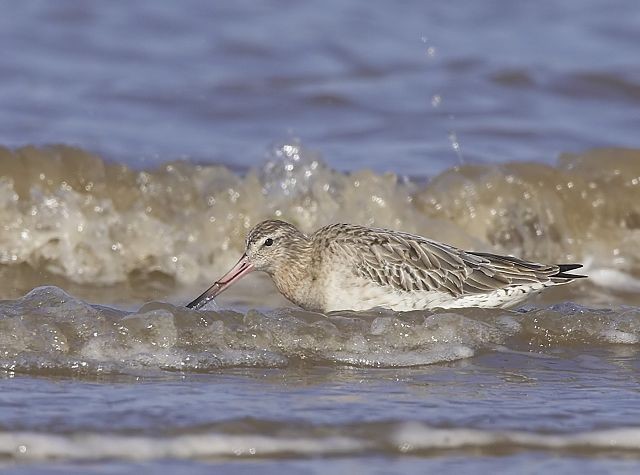