It’s beginning to feel a lot like winter. The excitement of the peak autumn weeks has largely faded away, many wintering species are now well established at traditional haunts and new rarities are rather difficult to come by. And, in many areas, it was really quite chilly at times this week, with widespread frosts over the weekend and another bitter northerly blow affecting North Sea coasts.

Attracting the greatest attention this week was an interesting sparrow in gardens at East Budleigh, Devon. Passing convincingly for a male Italian Sparrow, news first came out on 11th (with the bird having been present several days) and it was reported daily thereafter. Plumage looks more or less spot on for Italian, which is afforded full specific status by the IOC, although it’s perhaps more likely that a hybrid male Spanish x House Sparrow, which could feasibly look exactly like the Devon bird, could make it here as a genuine vagrant. 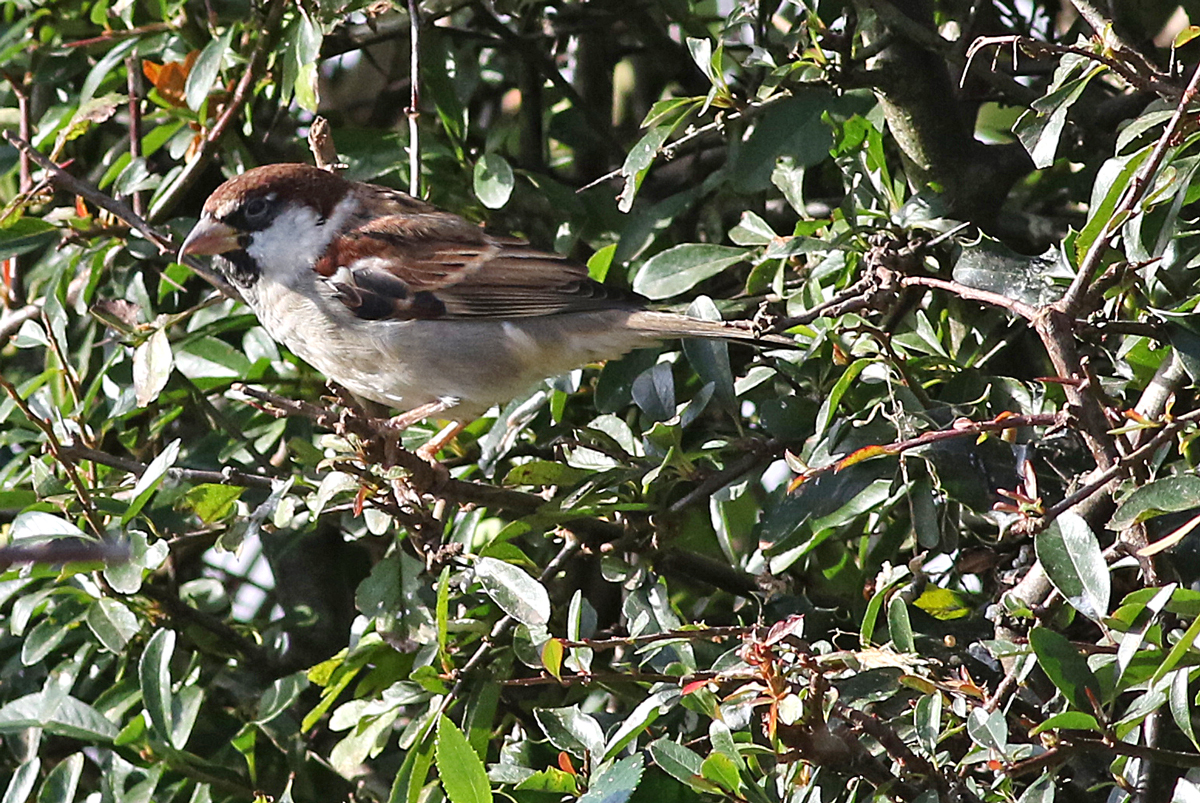 Previous studies of Italian Sparrows have shown them to be rather sedentary at the best of times, rarely moving more than a few tens of kilometres. And, although vagrant birds tend to do remarkable things (think of short-distance migrants that have reached us – Citril Finch on Fair Isle, for example), it's difficult to see this being accepted as a British first when the slim chance of vagrancy from Italy is coupled with the ongoing identification uncertainties caused by hybrids. That said, this bird does look very good for italiae, so it's likely as solid a candidate as we're ever going to get. Interestingly, another very convincing-looking bird was photographed at a private site in Cambridgeshire this week (see photos here).

In Co Kerry, an American Coot was discovered at Lough Gill on 9th. Surprisingly, however, there was no further sign in the following days, which is quite unusual for a species that often ends up staying several months after turning up in November. Its arrival closely mirrors Lough Gill's previous record of the species – a bird found on 4 November 2014 which lingered until the following March.

The Pacific Diver remained on show in Mount's Bay throughout the week. Meanwhile, fly-by White-billed Divers were noted at Spurn, East Yorks, on 8th and Eyemouth, Borders, on 10th, with a bird back at the traditional location of Kirkabister, Shetland, on 13th. The Pied-billed Grebe was still on show at Setter Marsh, Shetland, on 10th.

As well as the coot, Lough Gill produced a drake Lesser Scaup on 9th and a female Ring-necked Duck. Another drake Lesser Scaup was at Chew Valley Lake, Somerset, on 12th. In Essex, a drake Ring-necked Duck alternated between Abberton Reservoir and Abbott's Hall Farm, with other males in Cornwall, Gloucestershire and Dumfries & Galloway and Irish records from Achill Island, Co Mayo, Lough Morne, Co Monaghan, and Ardcloony, Co Clare. 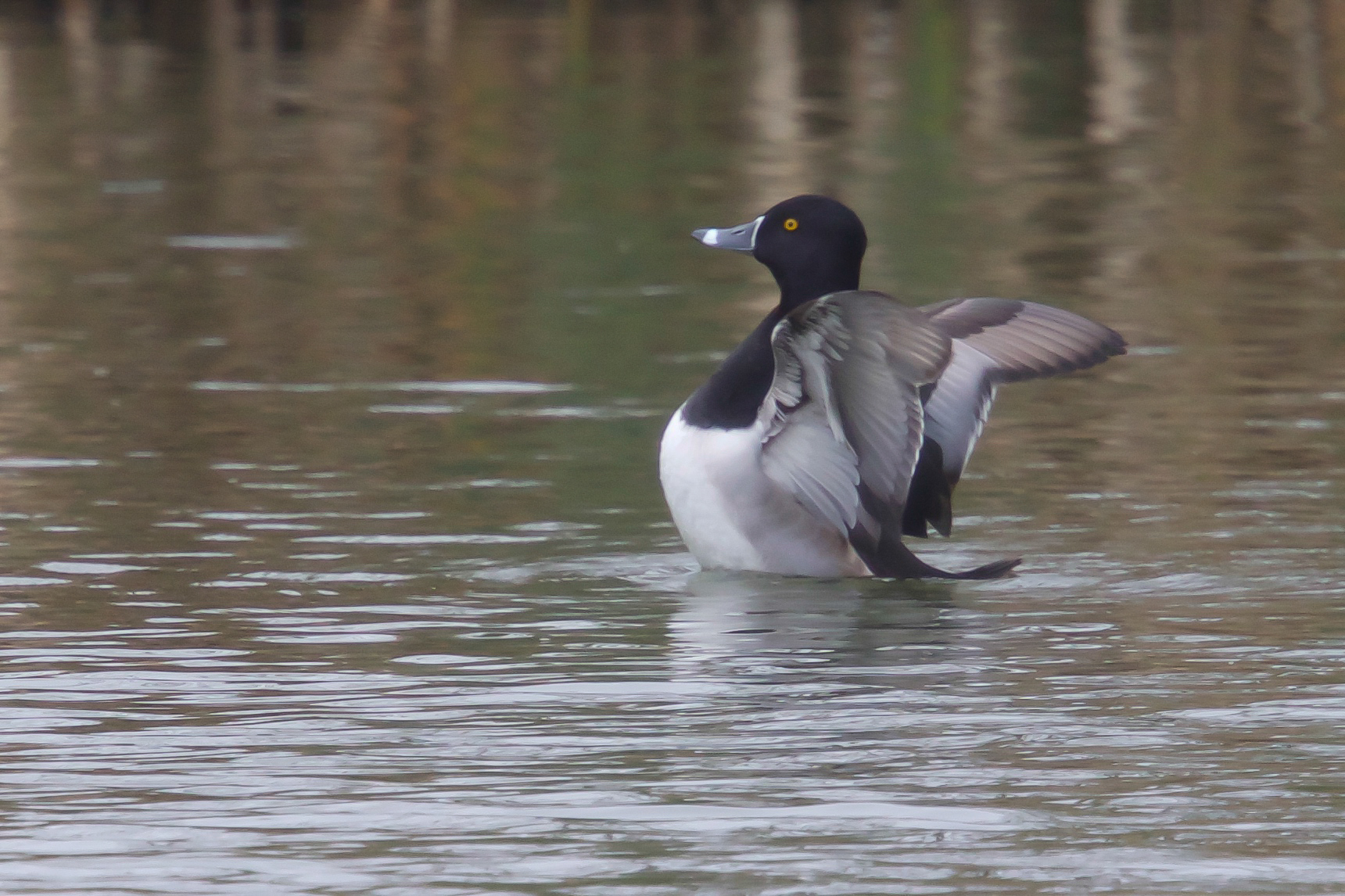 An interesting series of Ferruginous Duck records included a drake at Eyebrook Reservoir, Leics, from 10th – no doubt last week's bird from Rutland Water – and a drake arrived at Ham Wall, Somerset, on 8th. The drake also lingered at Blashford Lakes, Hants, but, most intriguingly of all, up to three drakes were at Dinton Pastures, Berks, during the week. One of these is presumed to be the long-staying escape, but the new arrivals have a more fascinating history. Both ringed, they were tracked to a reintroduction programme near Hanover, Germany, some 710 km away. So, not wild, but an interesting westward movement nonetheless. 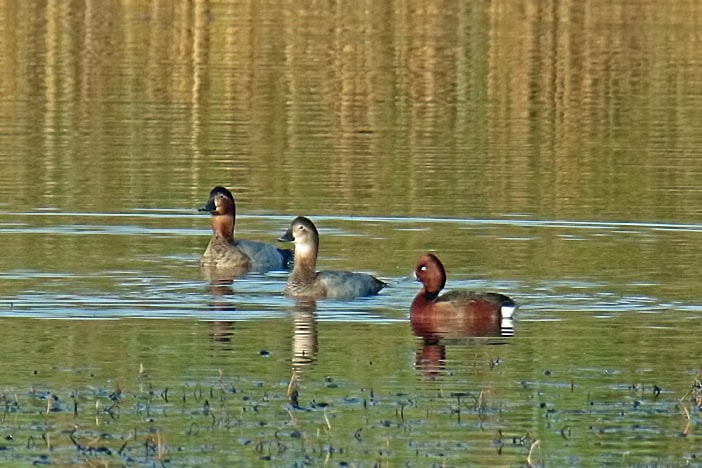 Just the four American Wigeon were reported this time out: the female in Worcestershire, lingering drakes in Rutland and Highland, and a new drake at Loch of Strathbeg, Aberdeenshire, from 8th. A new drake Green-winged Teal was at Blacktoft Sands, East Yorks, on 14th, with returning birds back at Lossie Estuary, Moray, and Ballymena, Co Antrim. Two Surf Scoter were 'tickable' off Porthpean, Cornwall, all week with the juvenile still around Scilly on 13th and drakes off Lothian and Fife. The female King Eider was still at Ynyslas, Ceredigion, on 11th, with drakes off Wester Quarff, Shetland, and Whiteness Head, Highland.

The white-morph Snow Goose was still on Berneray, Outer Hebrides, and two were noted again near Skinflats Lagoons, Forth. At least a couple of Richardson's Cackling Geese were on Islay, while a third commuted between Rockcliffe Marsh, Cumbria, and Gretna, just over the Scottish border, from 10th. Todd's Canada Geese were on Islay and at Tarbat Ness, Highland, on 10th. Four Black Brant were on the east coast between Donna Nook, Lincs, and The Naze, Essex, with another in Devon.

Birds of prey were few and far between, so news of a Rough-legged Buzzard flying over Titchwell, Norfolk, on 14th was welcome.

The American Royal Tern was back on Guernsey this week, reported from Belle Greve Bay on 13th. Just a few adult Ring-billed Gulls were seen, all in Ireland and at regular sites, while the Forster's Tern was seen at Newtownlynch, Co Clare, on the south side of Galway Bay, on 9th. A noticeable rise in Glaucous Gull numbers saw upwards of 30 recorded around Britain, almost all of which were in Scotland or along the North Sea coasts of England. Iceland Gulls were somewhat scarcer, with around 15 seen. Most were in Scotland, although there were a couple on Scilly and second-winters at Pennington Flash, Greater Manchester, and Cley, Norfolk.

Tacumshin continued to host the bulk of the week's quality waders, with Lesser Yellowlegs, American Golden Plover and two Long-billed Dowitchers all on show there. Elsewhere, the Lesser Yellowlegs remained at Lodmoor, Dorset, all week, as did the Long-billed Dowitcher at Oare Marshes, Kent. One or two American Golden Plovers stayed on South Uist this week, with the juvenile remaining at New England Bay, Dumfries & Galloway, to 10th. The long-staying Spotted Sandpiper was still at Abbotsbury, Dorset, on 10th. A juvenile Red-necked Phalarope showed well at Covenham Reservoir, Lincs, from 10th, while there was a good spread of Grey Phalaropes in coastal areas, particularly along the North Sea coast. The juvenile White-rumped Sandpiper remained on the coast near Elliott, Angus, to 9th, with one still at Lough Beg, Co Londonderry, on 11th. Meanwhile the putative Semipalmated Sandpiper at Slimbridge, Glos, was finally confirmed as a Little Stint. 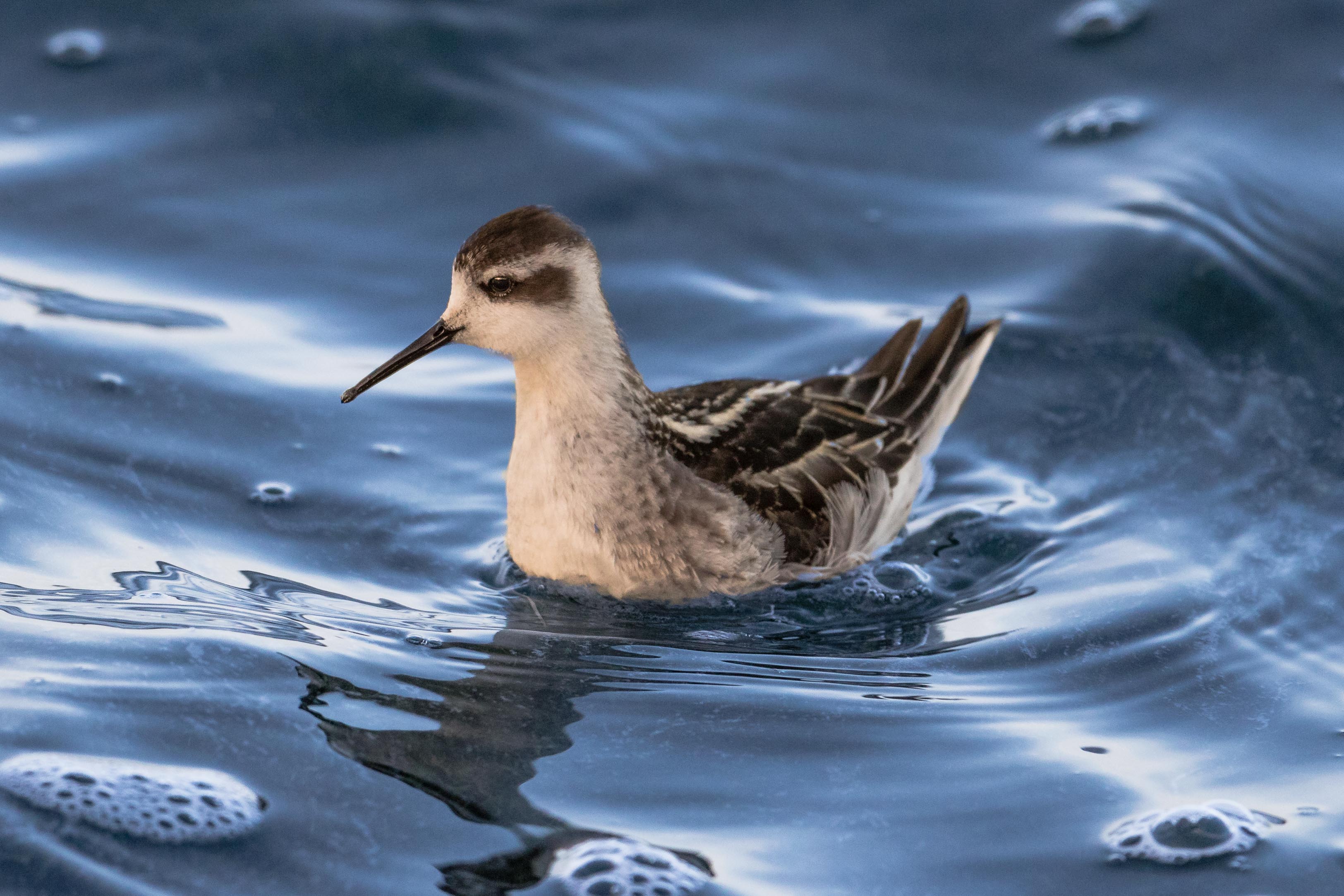 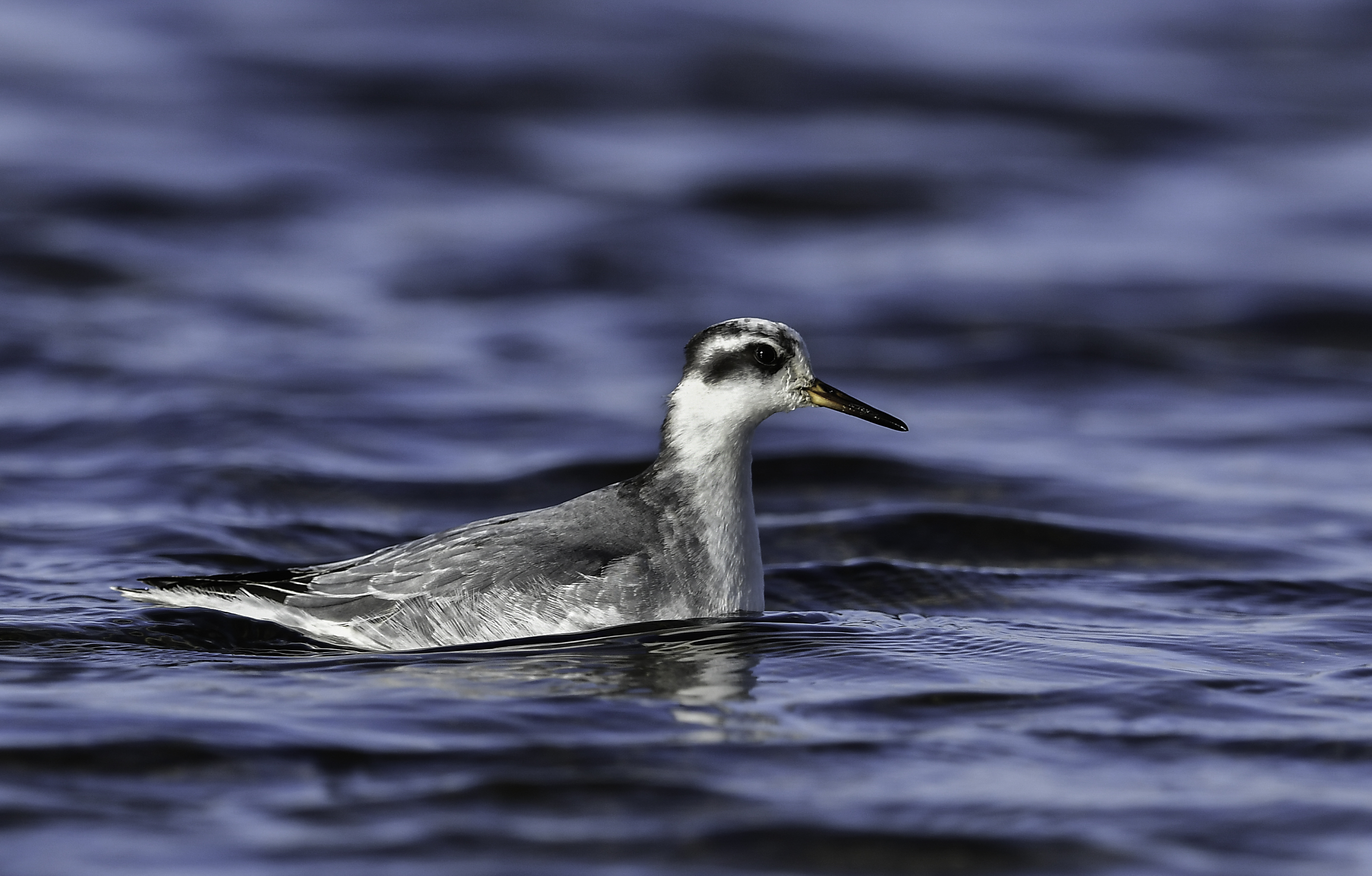 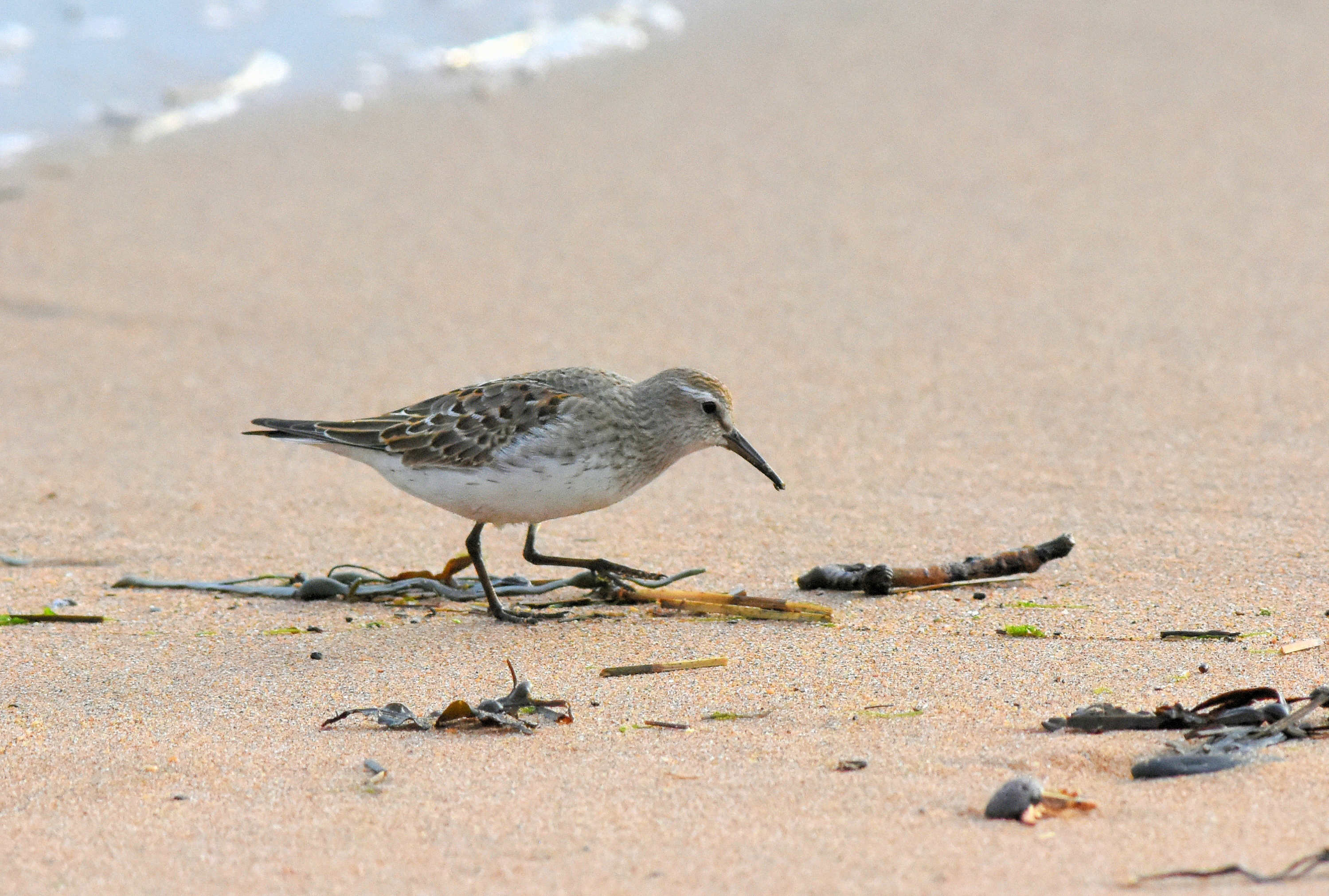 A very typical spread of Little Auk records saw numbers increase from 12th onwards as a northerly airflow took hold. As is so often the case, most were seen from eastern Scotland south to Norfolk. Totals included 37 past Whitburn, Durham, and 19 past Snab Point, Northumberland, on 12th, with 40+ north past Girdle Ness, Aberdeenshire, in half an hour on 13th. As is customary, reports shared information of the hapless auks landing on coastal rock pools and ending up inside Great Black-backed Gull stomachs, among other things. 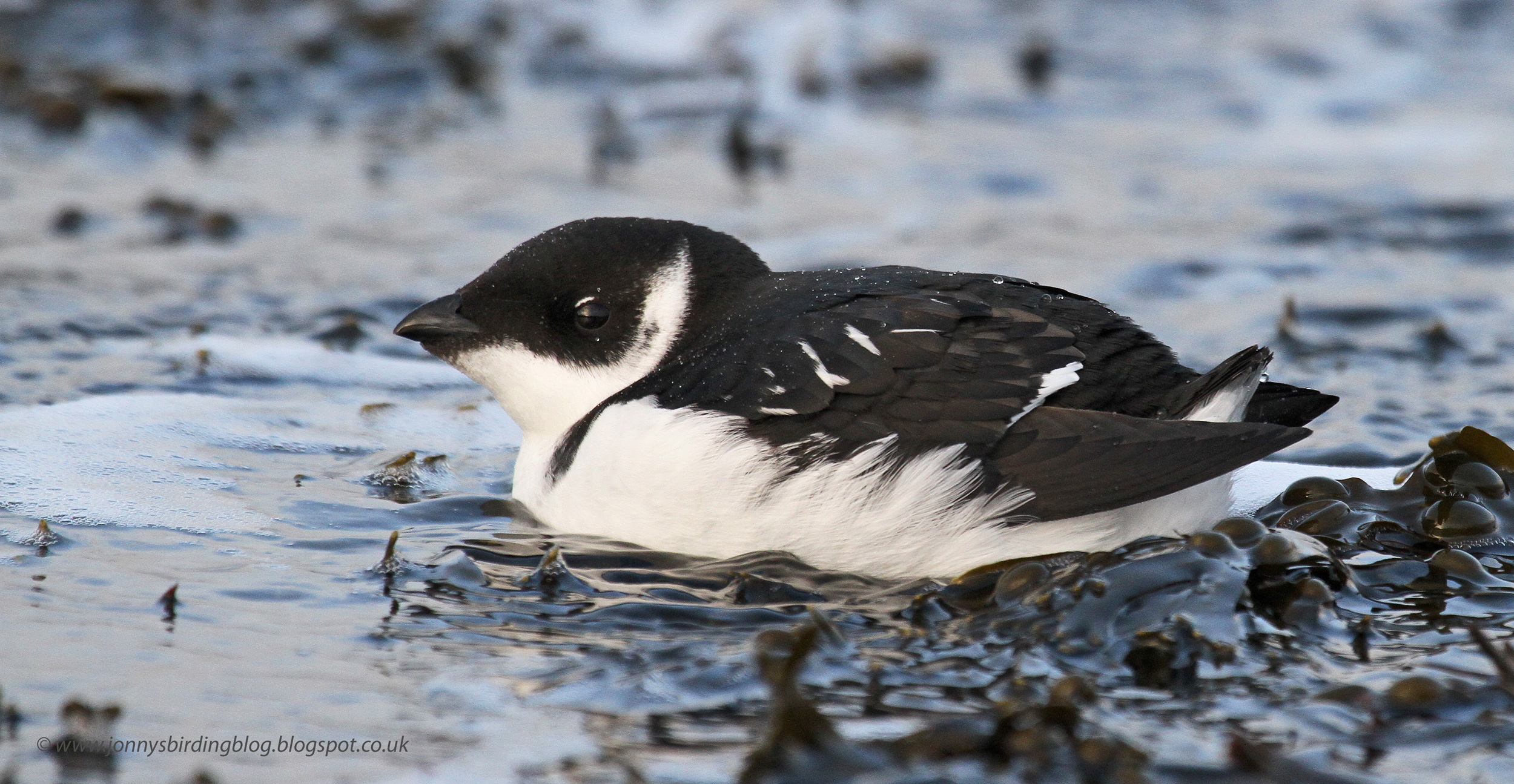 Pallas's Warblers were seen at Happisburgh, Norfolk, on 9th and Filey, North Yorks, on 14th. The 9th also produced a Hume's Leaf Warbler at Dungeness, Kent, although it was only heard after being trapped, ringed and released. Meanwhile a Dusky Warbler arrived at Clennon Valley Lakes, Devon, on 8th and was still present the following day. A Barred Warbler was trapped at Landguard, Suffolk, on 9th with another at Spurn, East Yorks, on 11-12th and a third reported at Hale, Cheshire, on 14th.

A Bluethroat surprised birders at Spurn when it was trapped on the morning of 8th, with the Red-flanked Bluetail last seen in Lowestoft, Suffolk, the same day. A Hoopoe was at Shrewton, Wilts, on 9th and 12th, with Richard's Pipits in Lincolnshire (Gibraltar Point) and Norfolk (Breydon Water and Titchwell). An Olive-backed Pipit graced Lundy, Devon, on 14th and there was a late Common Swift over Hauxley, Northumberland, on 11th. 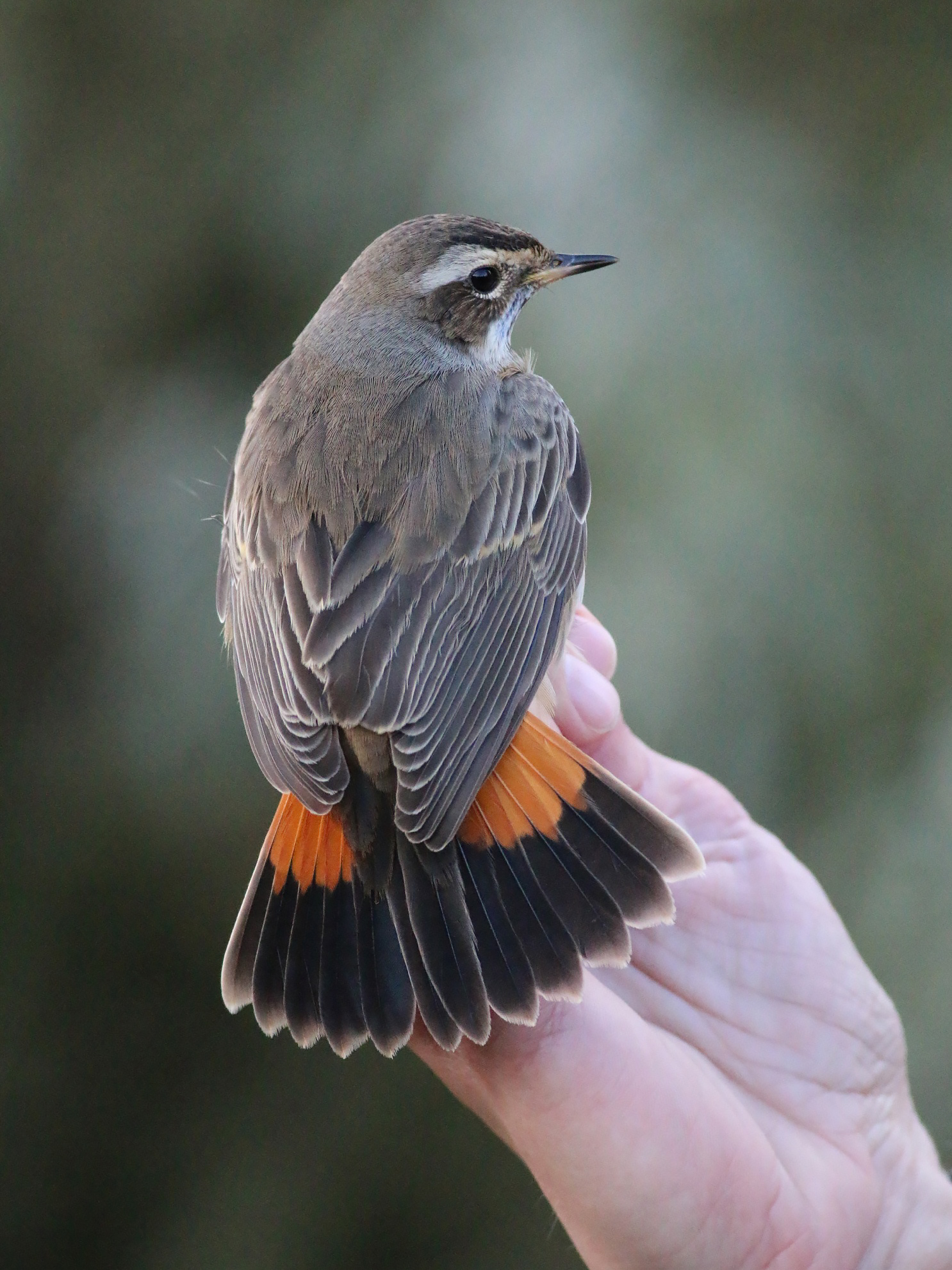 A Rosy Starling was in a garden at Roch, Pembrokeshire, from 12th, and another flew over Hook-with-Warsash, Hants, the next day. A couple of Little Buntings were at Poligigga, Cornwall, from 10th, with perhaps one of these accounting for a record from nearby Nanjizal on 13th. Most of the week's dozen Great Grey Shrikes were at inland sites in southern England.

This week's spread of Shore Larks included one as far north as Burghead, Moray, on 14th. Virtually all others were on the English east coast. Two records from Northumberland included one in off the sea at Snab Point. Other totals included four at North Gare, Cleveland; up to six at Flamborough Head, East Yorks, with a couple of fly-overs also noted down the coast at Spurn; three at Gibraltar Point, Lincs; Norfolk records from Holme (one), Holkham (five), Happisburgh (up to 18) and Cart Gap (four); and one at Dunwich, Suffolk. The only exception was the inland bird in Cambridgeshire, still at Burwell Fen to 8th. 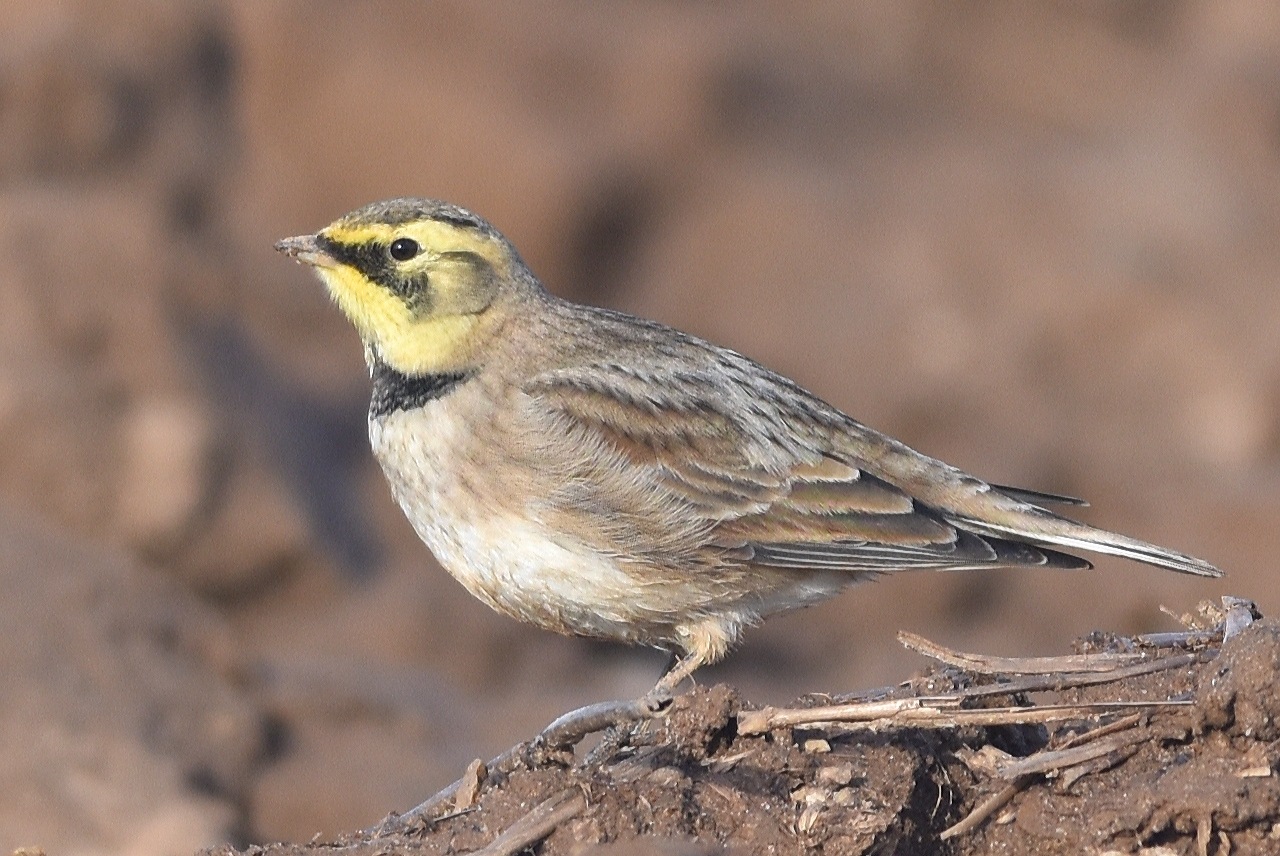 The reporting rate for Hawfinch was slightly down on last week, with ‘just' 439 records of the species carried on the BirdGuides sighting pages over the seven days. This may simply be a downturn in birders vis-migging, although there were still plenty of fly-overs being noted right across the country and, as this week's map below shows, birds were as well spread as they have been all autumn. Sample counts, to illustrate just how many remain at large, include 30 at Great Hampden, Buckinghamshire, and 43 at Wormley West End, Herts. 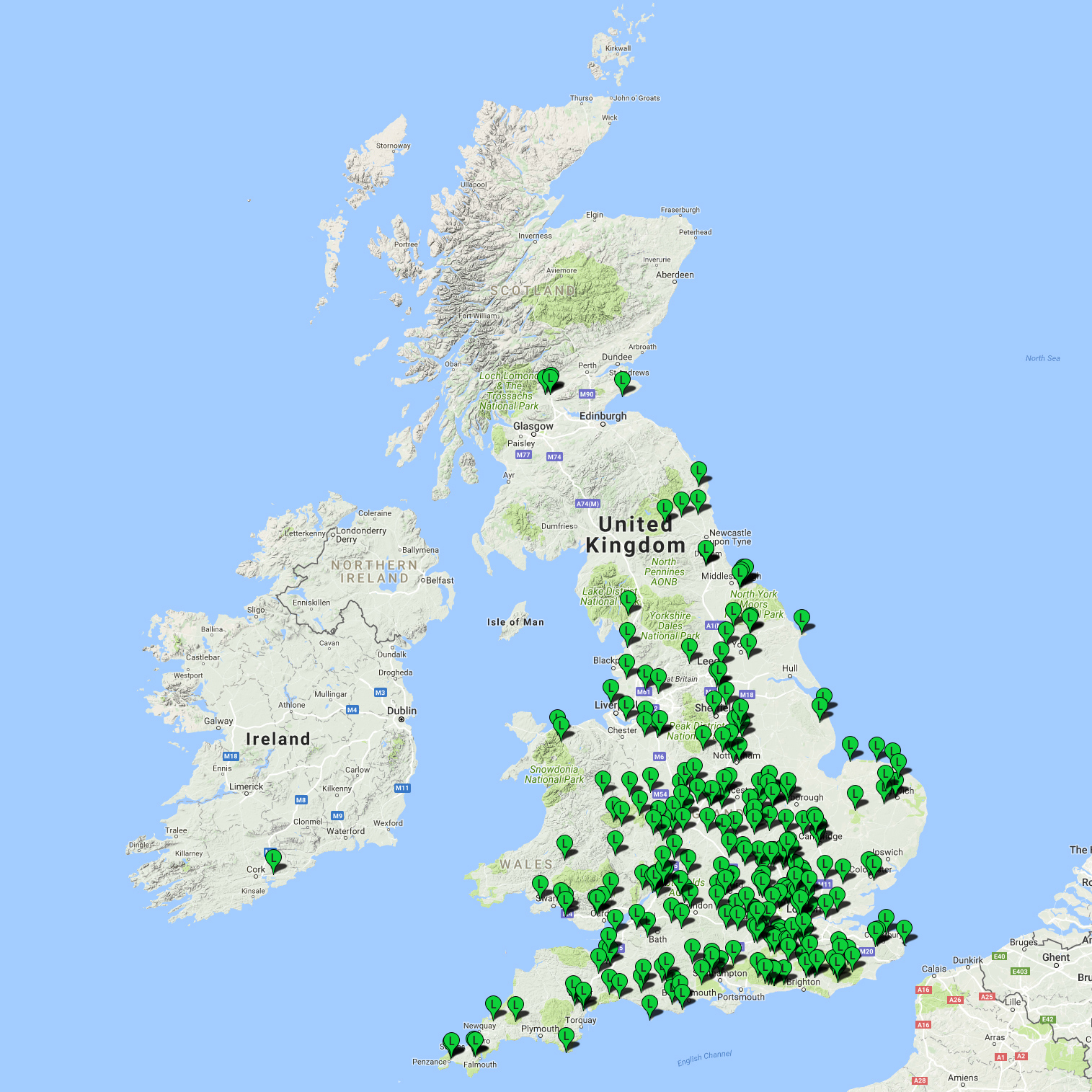 A Black-throated Accentor was trapped and ringed at Ottenby Bird Observatory, at the southern end of the Swedish island of Öland, on 8th. Other Siberian highlights included a Dusky Thrush on Heligoland, Germany, from 8-10th (a ninth German record) and an Olive-backed Pipit at Jahra Pools, Kuwait. 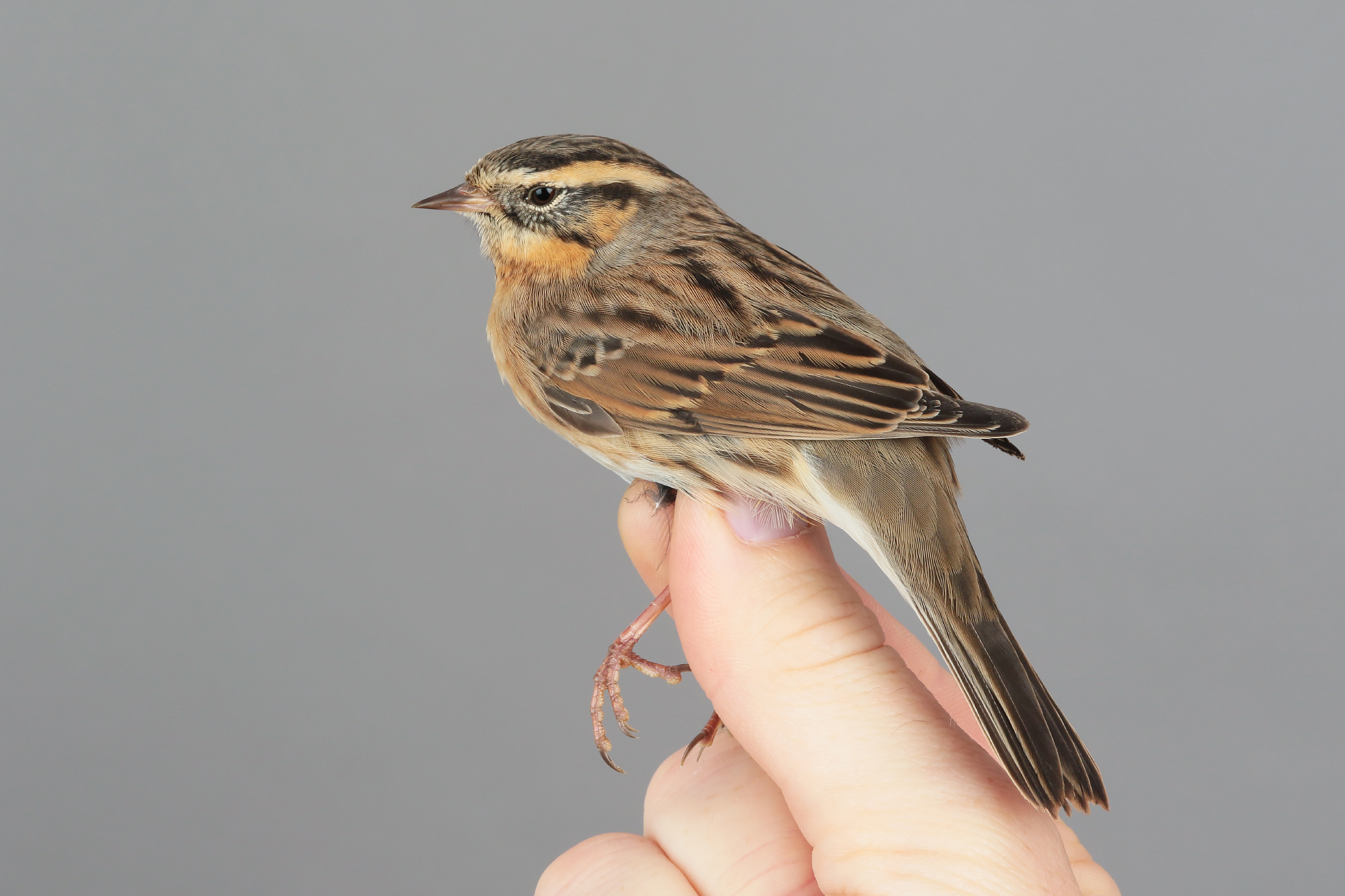 A Black-browed Albatross past Capbreton, France, could feasibly be the North Sea bird on its way south. Rather more exciting on a regional scale (if belated) was a Masked Booby off Mar de Alborán, Andalucia, Spain, on 27 October.

Israel's third Red-wattled Lapwing continued the country's excellent autumn when it pitched down at Kfar Blum, Hula Valley, from 13th. However, it was a male Two-barred Crossbill in south-west Iceland that may represent the most significant record the week. Given a complete lack of irrupting Two-barreds elsewhere in north-west Europe this autumn, and considering this bird's extreme westerly location (and indeed its striking appearance), this must surely be a bird of the nominate form leucoptera, native to North America (and known there as ‘White-winged Crossbill'), which would be a Western Palearctic first. 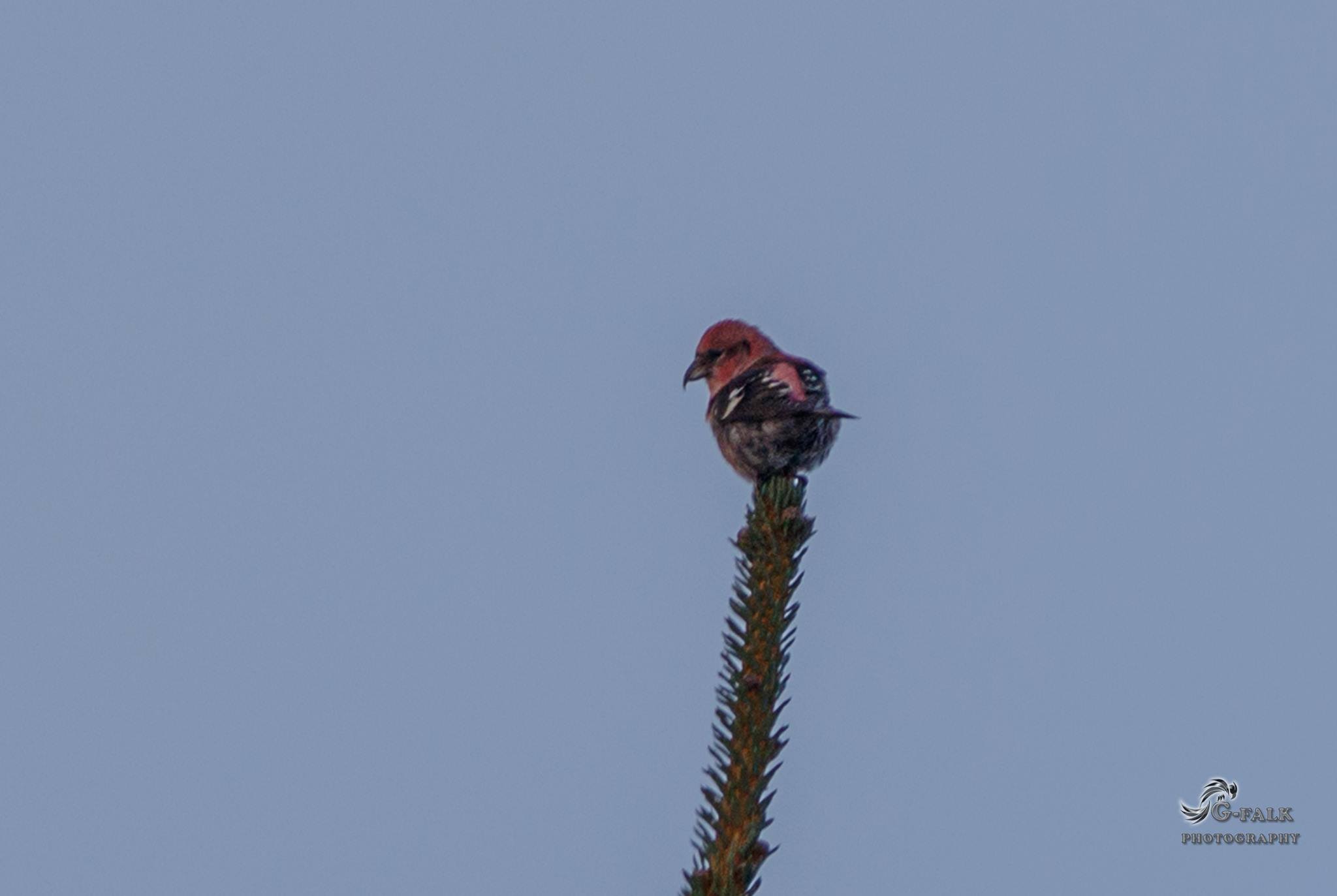 Talking of crossbills, the invasion of Parrot Crossbills into western Europe continued, with good numbers of birds noted in Denmark, the Netherlands, Belgium and even northern France. Surely a few will be found in southern England before the end of the winter? 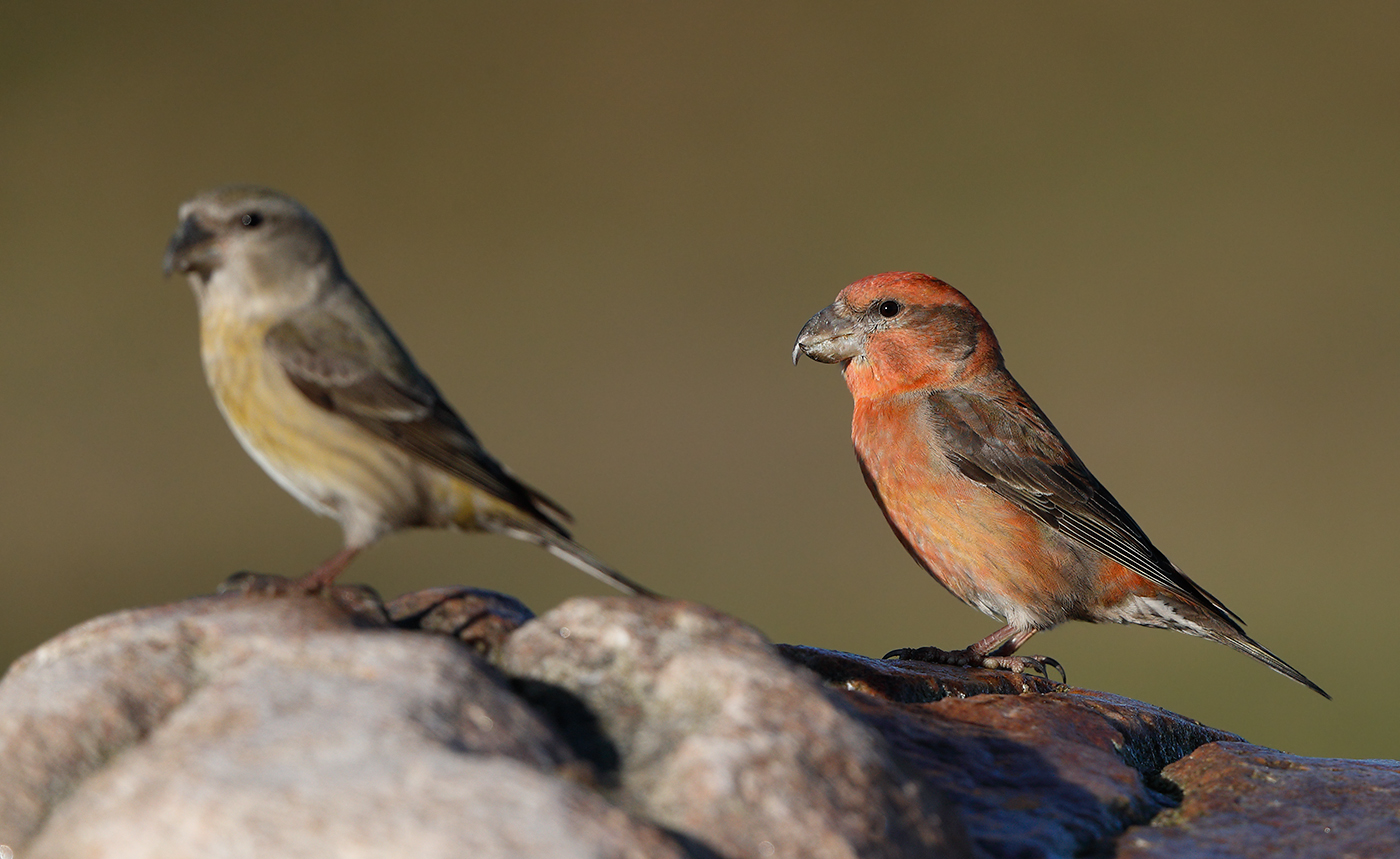