July is invariably a quiet time for British and Irish birding, the first half of the month often being one of the sleepiest periods of the year. Sure enough, this week proved to be the quietest of 2012 for the quantity of rare and scarce birds recorded, although a few quality new arrivals reassured birders that there was still some point in getting out in the field.

As expected for the time of year, many of the week's arrivals were early returning (or non-breeding) waders. Although both annual vagrants to our shores, the Marsh Sandpiper on Shetland and Long-billed Dowitcher in Cambridgeshire were ultimately the stars of the show, being of great significance to their respective regions if not on a national scale. The Marsh Sand, at Pool of Virkie for the day on 7th, was the first on the archipelago since a bird in May 1969 and was thus eagerly lapped up by the islands' birders. The Dowitcher — at Ouse Fen on 7th–8th — was, perhaps surprisingly, a Cambridgeshire first, although news was only released on the second day so only a few quick-moving locals connected. As stated by one county birder, "perhaps the most likely addition to the county list [has] now fallen". What next for one of our most productive landlocked counties? 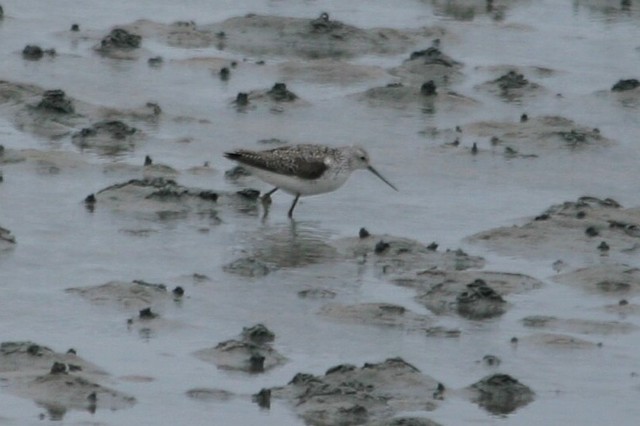 Other significant shorebird arrivals included two White-rumped Sandpipers on 7th. The bird at Rosslare Back Strand (Wexford) failed to linger, but that at Frampton Marsh (Lincs) proved more co-operative, and was still there on 11th. A Pectoral Sandpiper was at Burton Mere Wetlands (Cheshire) briefly during the evening of 9th, while both 'lesser' golden plovers were belatedly reported this week: an American was seen at Grune Point (Cumbria) on 22nd June, while a probable Pacific pitched down briefly at Grove Ferry (Kent) on 8th (reported on 9th). It was tempting to suggest that the latter might be the recent Cley bird making a reappearance in the UK after a week-long Dutch holiday, but it transpires that that bird was still over on Texel as of 10th. In Gloucestershire, the Red-necked Phalarope was still at Coombe Hill Meadows on 5th at least, while the week also saw a half-decent arrival of Wood Sandpipers. 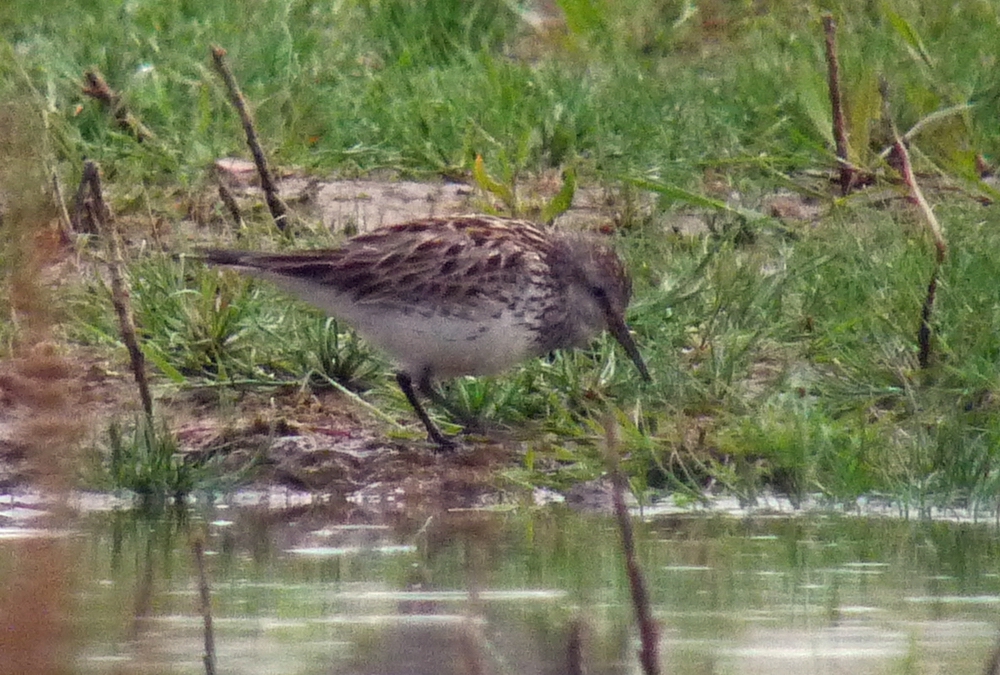 Also right on cue was the year's first Caspian Tern, which bustled its way onto the scrapes at Minsmere (Suffolk) in mid-afternoon on 6th. As always with the species, a long stay was not the order of the day: indeed, 20 minutes later it was winging its way south once more. Another roosted on Brownsea Island (Dorset) from 21:00 that evening, the distance being just a little too great to assume them one and the same. However, it seems a much more reasonable proposition that the bird at Wissington Beet Factory (Norfolk) the following day was the same as the Minsmere individual. Dorset also claimed a pristine adult White-winged Black Tern at Lodmoor on 8th, which uncharacteristically went on to linger for three days. Not quite so seasonable was the ever-present Ring-billed Gull at Groomsport (Down), the only individual reported this week. Several immature Caspian Gulls were noted in eastern areas, while the numbers of post-breeding Yellow-legged Gulls also continued to rise. 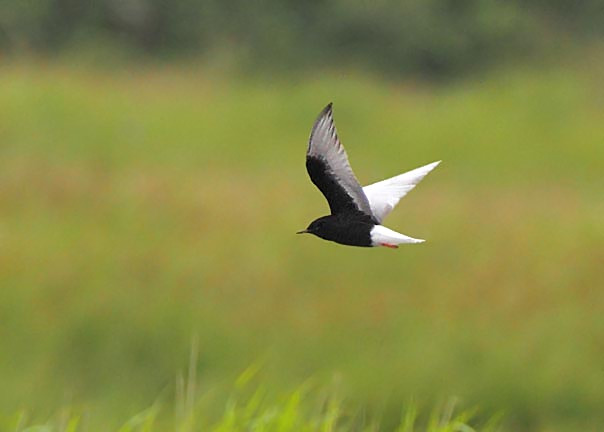 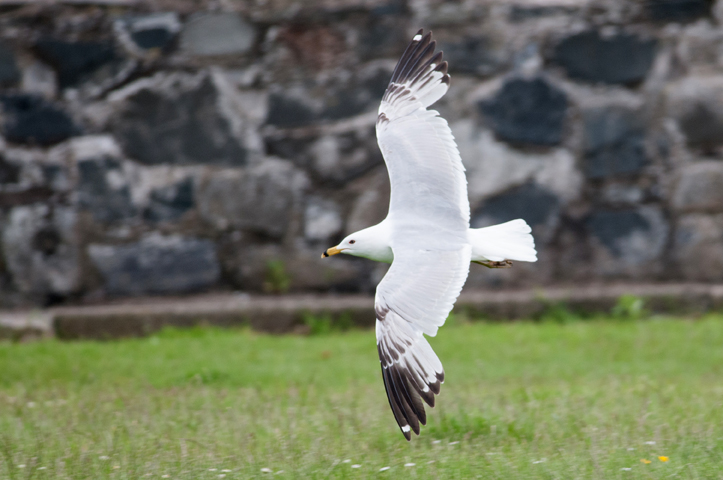 Up in Aberdeenshire, the immature drake Black Scoter lengthened its stay off Blackdog to 6th at least. Sharing the waters were at least six continuing Surf Scoters, although there were no reports of the King Eider. There were no reports of the Strathbeg American Wigeon either, although this was compensated for by a new drake at Graemeshall Loch (Orkney) on 7th. Over in Wexford, the drake Blue-winged Teal was still at Tacumshin on 8th, with Glossy Ibis and Montagu's Harrier also still entertaining visitors there.

Three of the week's other Glossies were all long-stayers: the Minsmere bird was again seen on 9th and 11th, while the West Sussex individual had moved from Pagham Harbour to nearby Sidlesham Ferry by the end of the week. In west Wales, the remaining immature at Marloes Mere (Pembrokeshire) seemingly took a day-trip to Skokholm on 8th. A further bird was at Timoleague (Cork) on 11th. For once, there were no reports of White Storks, although a Black Stork on the east side of Loch Fleet (Highland) on 6th was notable in what has so far been a lean year for the species. At least two Great White Egrets remained in the Shapwick Heath area throughout, where remarkable news came on 11th that a second nest had successfully hatched a chick! One of the colour-ringed adults was also seen 100 miles to the southwest of Shapwick at Amble Marshes (Cornwall) on 5th. 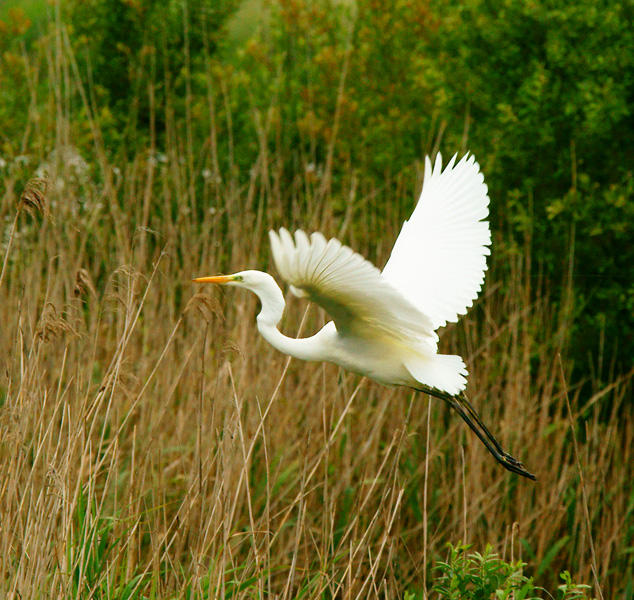 Despite the continuing unsettled weather, it was another quiet week for seabirds — even the Pomarine Skuas dried up. Just when it seemed that a long stay like that of the 2003 Lowestoft individual might be on the cards, Hertfordshire's showy Sabine's Gull put in its final appearance on 5th. Otherwise, notable seabirds were limited to a couple of Great Shearwaters from the Fishguard–Rosslare ferry on 7th, with a Scilly pelagic clocking a singleton on 9th. The first claim of Yelkouan Shearwater came early this year, with one reported past Flamborough Head (E Yorks) with a small group of Manxies in the early morning of 10th.

At least some of last week's rich flush of warblers continued into this week, with Fair Isle holding on to its impressive duo: both the River and Paddyfield Warblers could still be found skulking around in the observatory garden throughout. The lonely Iberian Chiffchaff continued to sing at Porlock (Somerset) throughout the week, with the Savi's still buzzing at Blacktoft on 5th and the Icterine mimicking away at Cockmuir Bridge (Lothian) to 8th. A singing Marsh on Foula on 5th was belatedly reported on 11th, with a male Subalpine also there even further back on 2nd.

Following last week's exodus, a renaissance of Rose-coloured Starling records was highlighted by the lingering bird still at Ynyslas (Ceredigion) to 9th, while belated news of birds on St. Martin's (Scilly) on 3rd and still in Wicklow town on 4th was received. Further one-dayers were noted at Newbiggin-by-the-Sea (Northumberland) on 5th and Malinbeg (Donegal) on 6th. 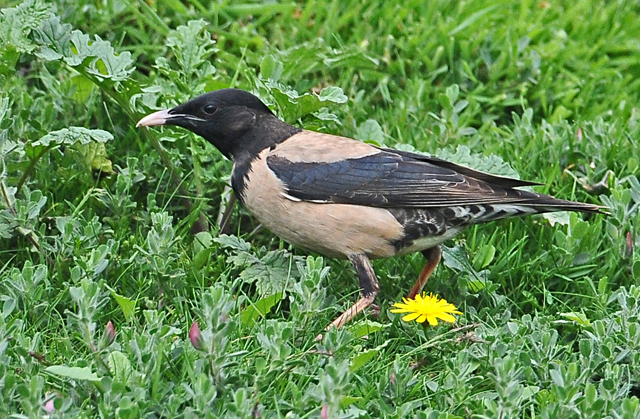 A new Short-toed Lark on Blakeney Point (Norfolk) on 8th was arguably 'best of the rest', while one was reportedly still on Lundy (Devon) early in the week. An unseasonable Wryneck was reported from Minsmere on 10th, a Hoopoe was in Richmond Park (London) on 6th and a Bee-eater flew over St. Just (Cornwall) on 8th. Three Red-backed Shrikes included a five-day male at East Chevington (Northumberland) from 5th and another near Hayes (London) on 11th, while Suffolk's long-staying Serin was again reported regularly at Landguard throughout. 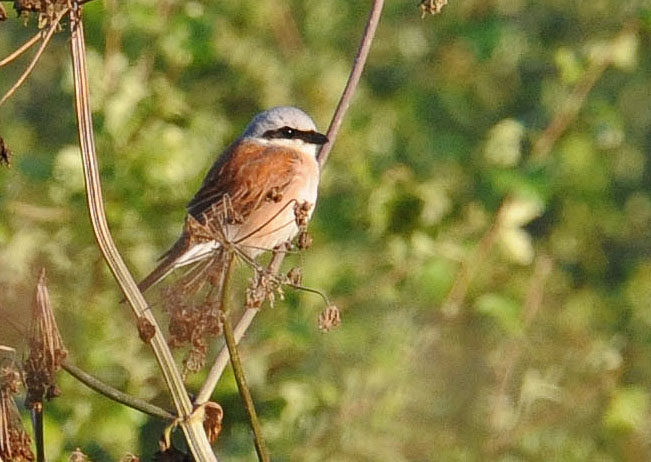 With unsettled and cool conditions set to continue, it seems inevitable that seawatching will pick up in the coming weeks. In the meantime, however, a midsummer 'mega' would awaken many from their slumber. After three in three years back in the early 2000s, Lesser Sand Plover seemed set to become a reasonably regular vagrant to our shores. However, since the Aberlady Bay bird of July 2004, British birders haven't had so much as a sniff — how about one this week? 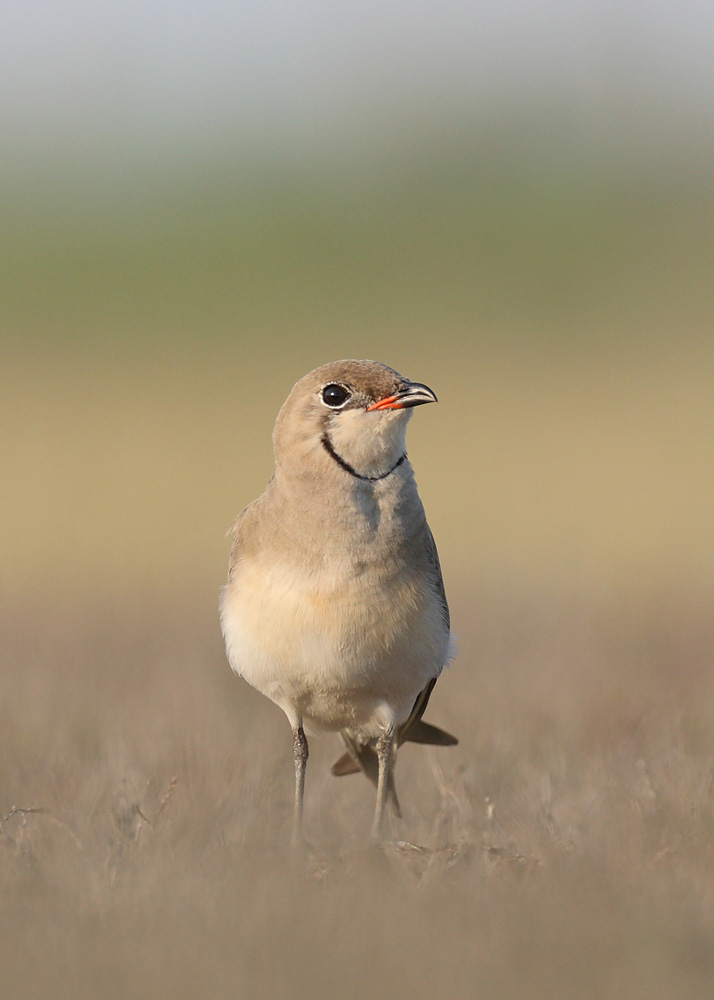 Recently, we've featured a couple of images taken in purpose-built hides in Hungary that show how travelling photographers can get otherwise-impossible images. This week, a series of photos taken in Romania by Mick Southcott show that Eastern European bird photography isn't just about hide-based shooting. As Mick explains in his blog, there are also plenty of opportunities for 'stalking' great birds in the nature-rich local environment. As an illustration, we've selected a beautifully subtle portrait of a Collared Pratincole taken in soft dawn light. A low shooting angle and shallow depth-of-field isolate the bird perfectly, while the subtle hues make a refreshing change from the increasingly common use of high-saturation, high-contrast post-processing. As a final point, despite the absence of detail, it's instructive to note the sense of place created by the four distinct colour bands of the background. 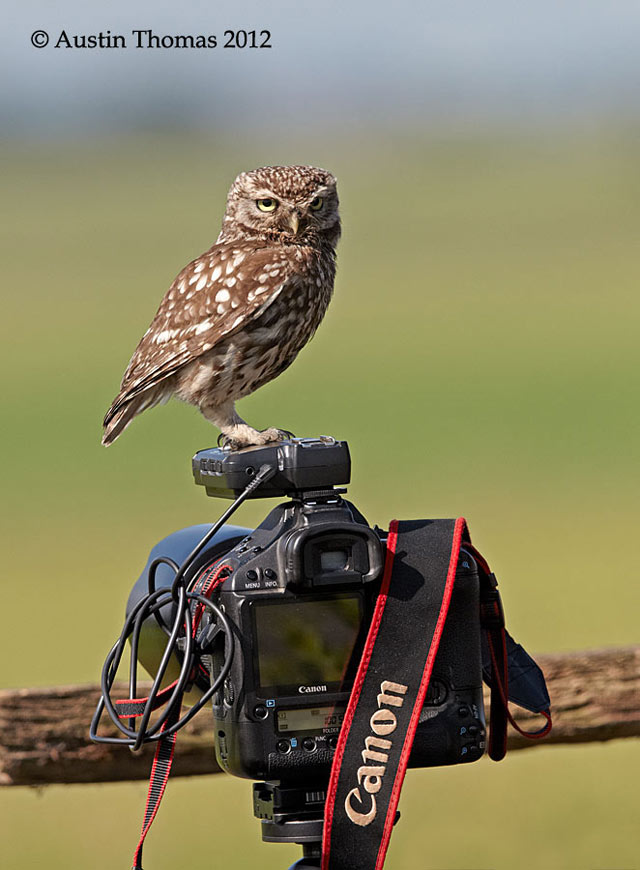 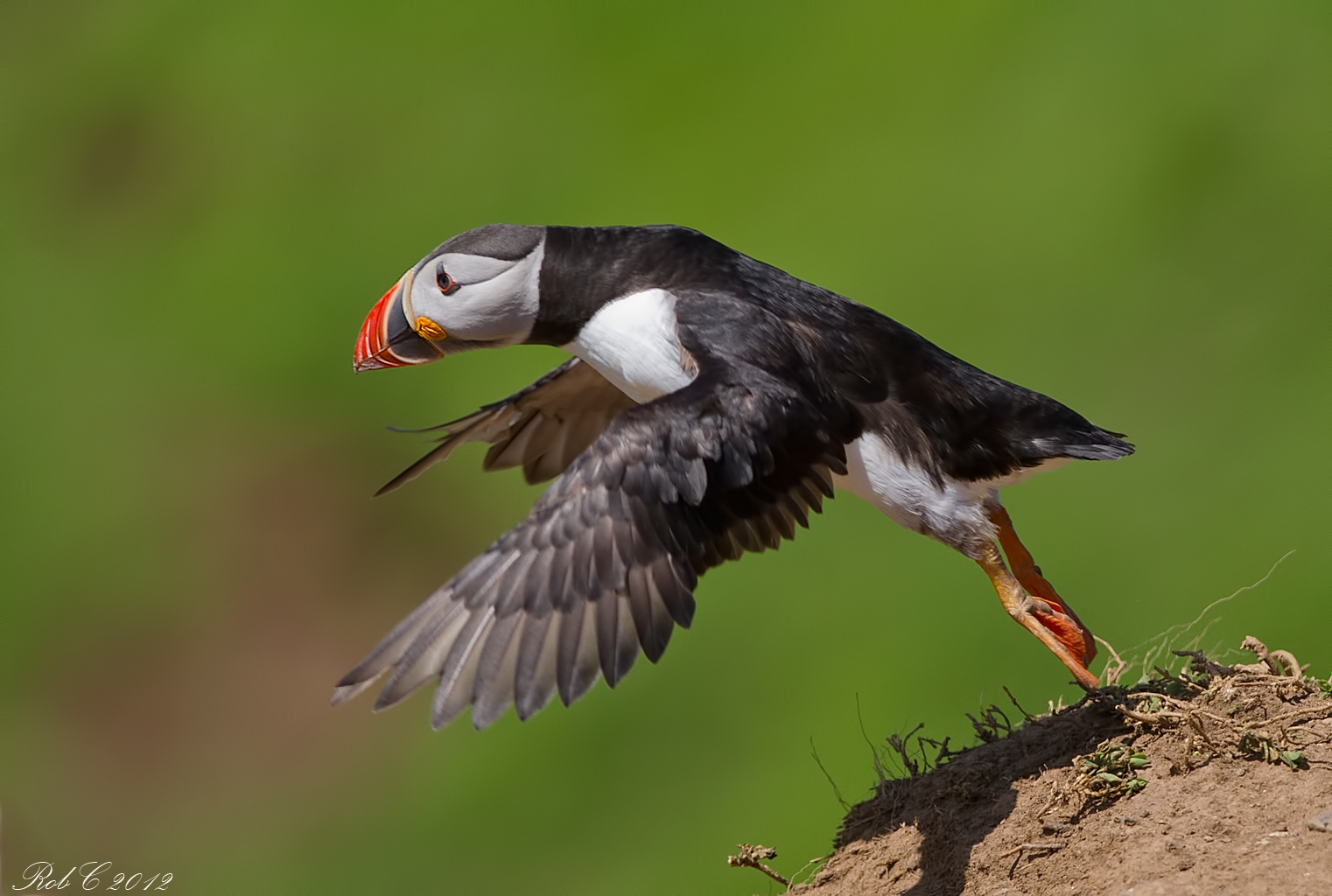 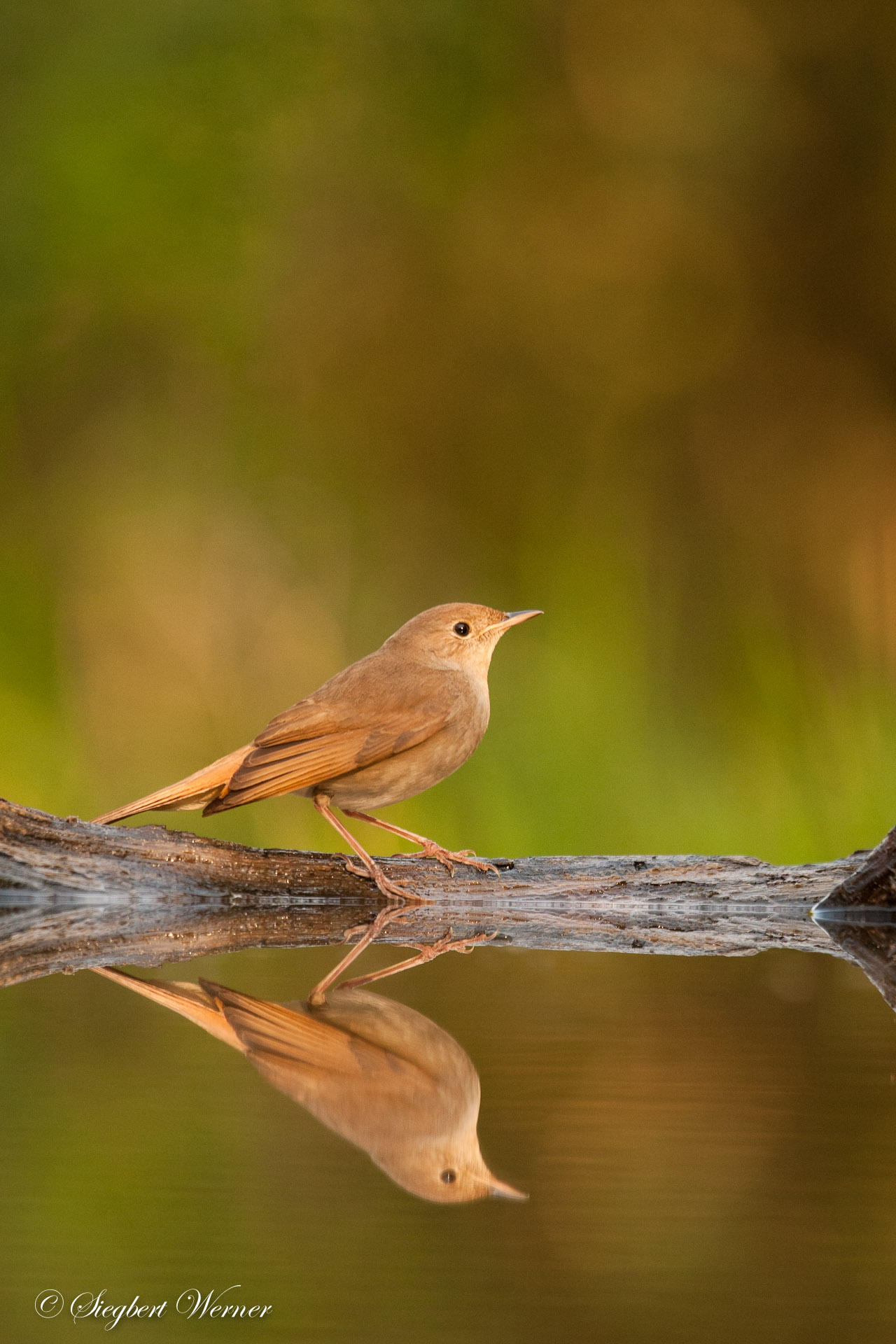 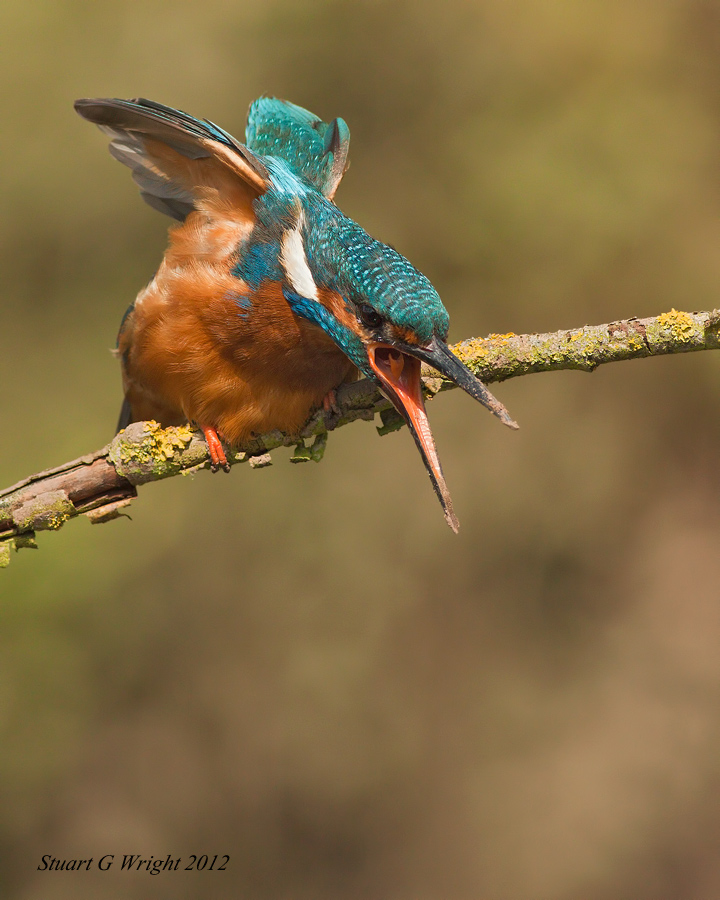 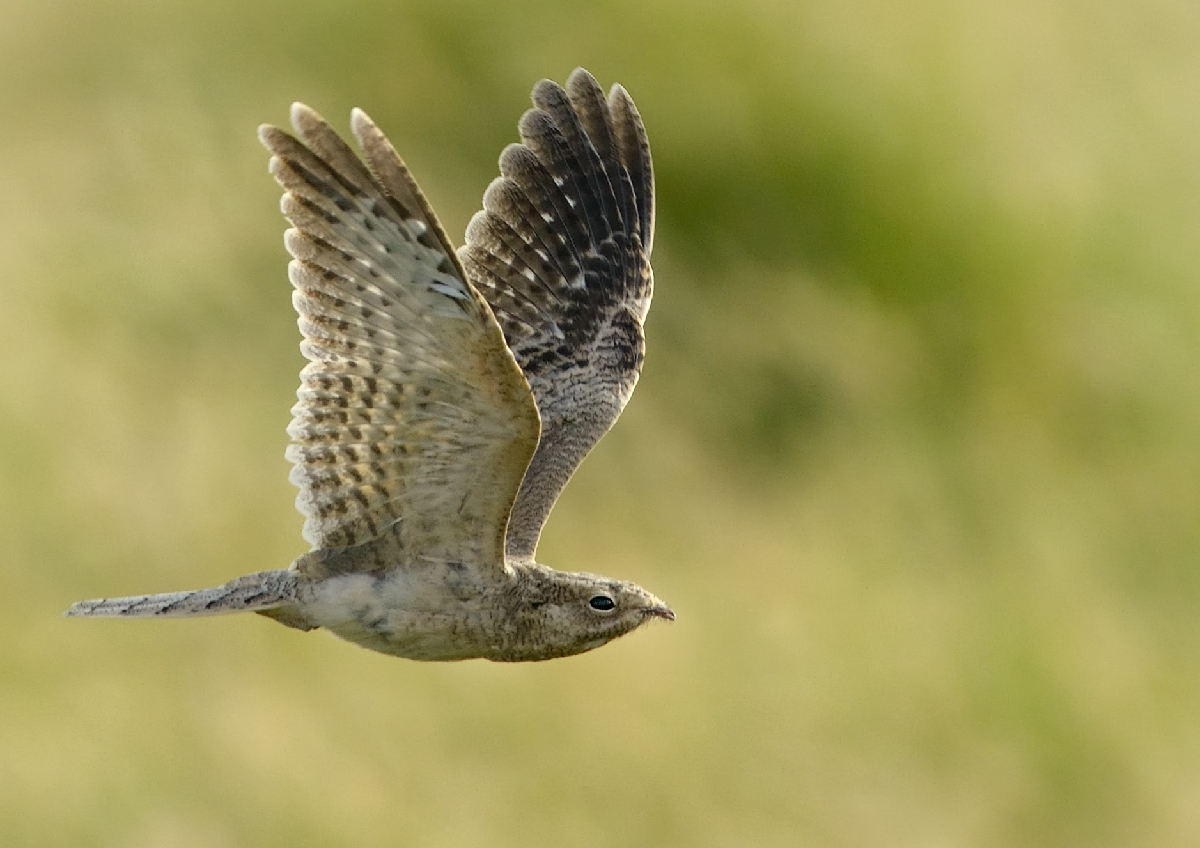 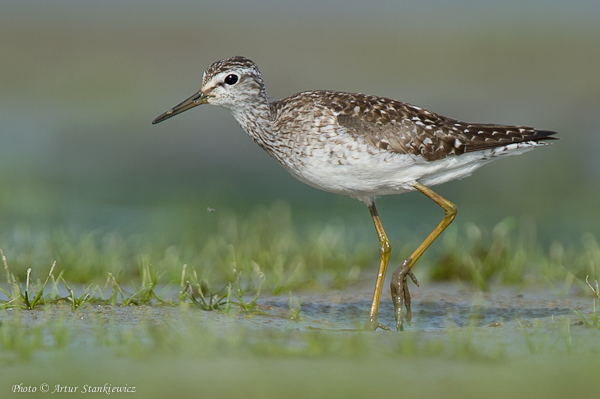 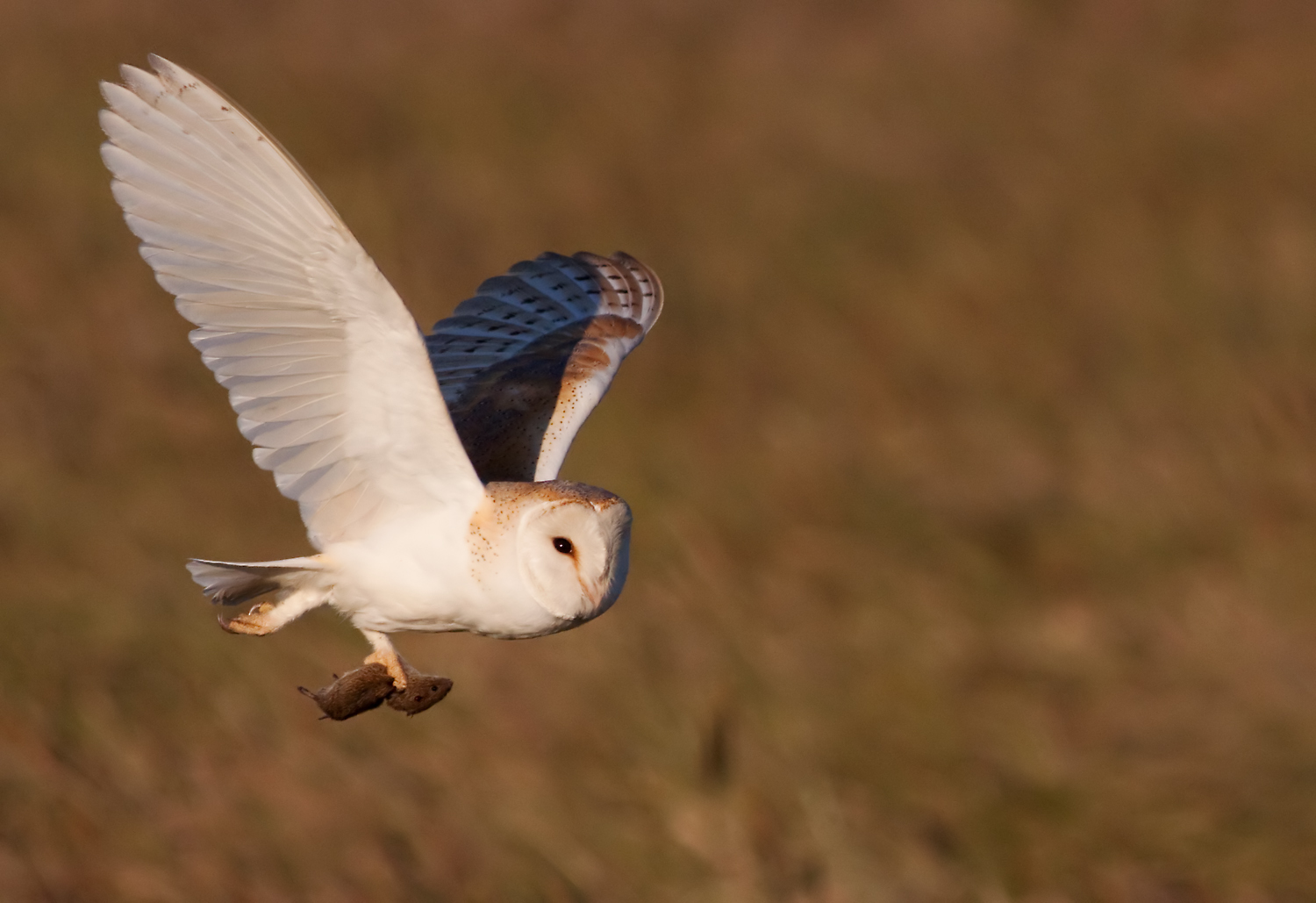 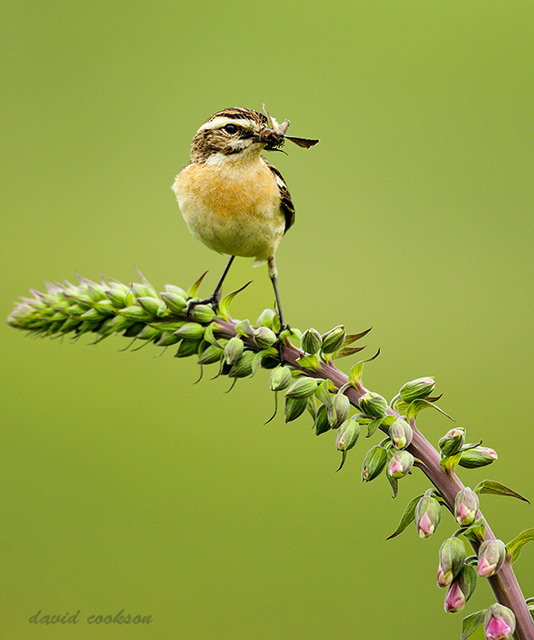 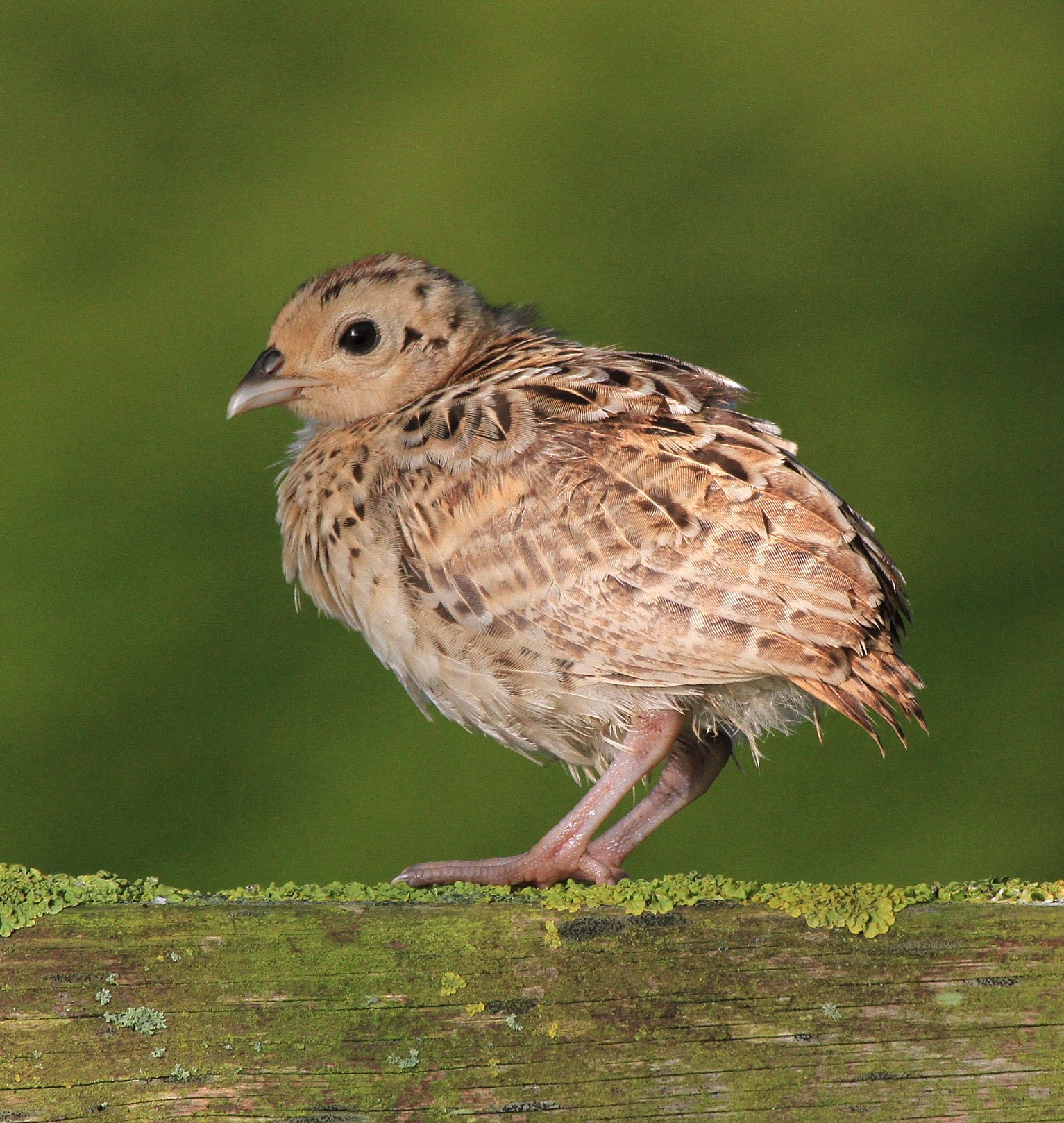 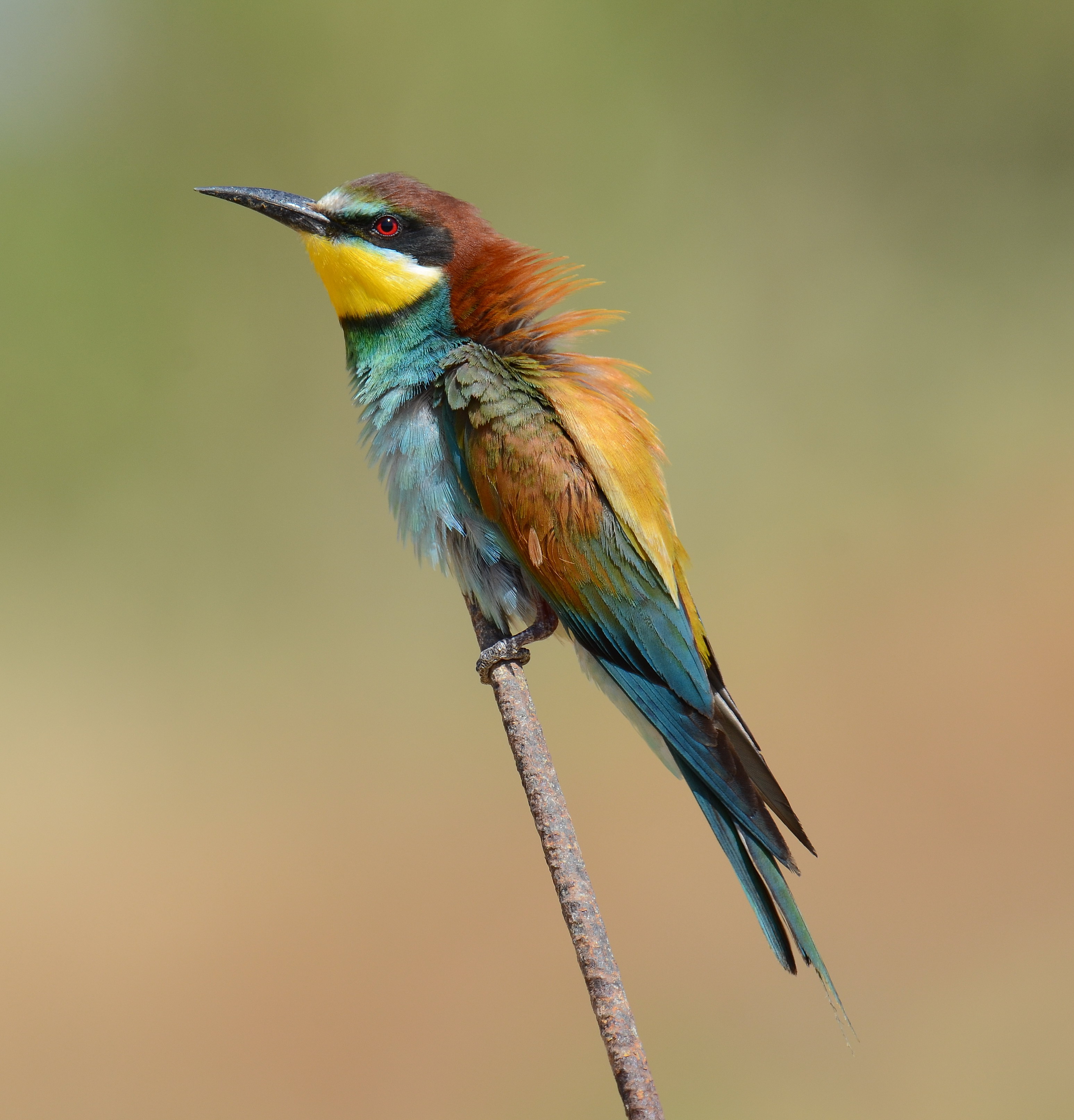 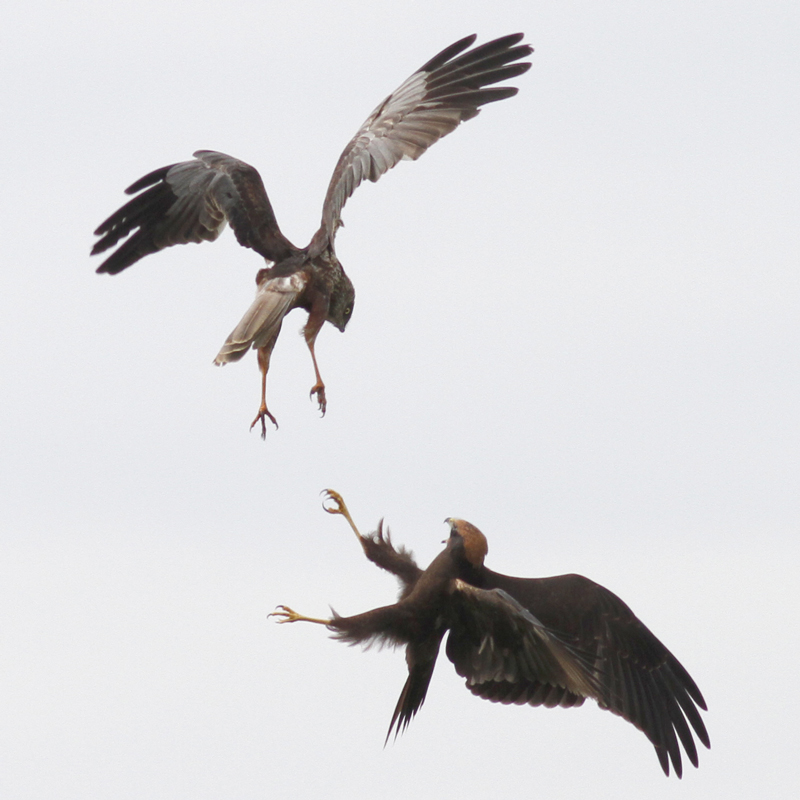 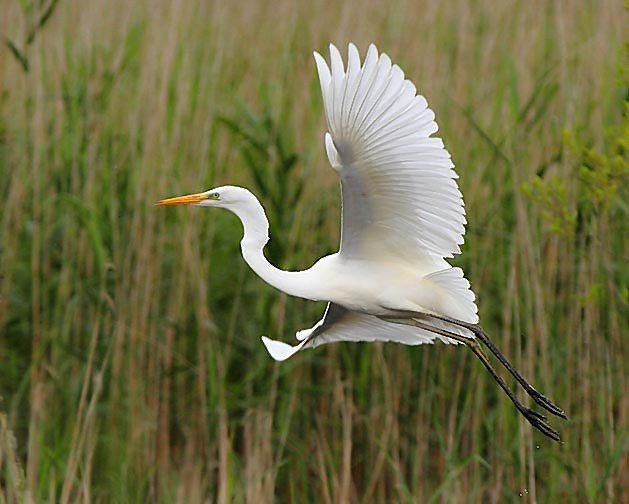 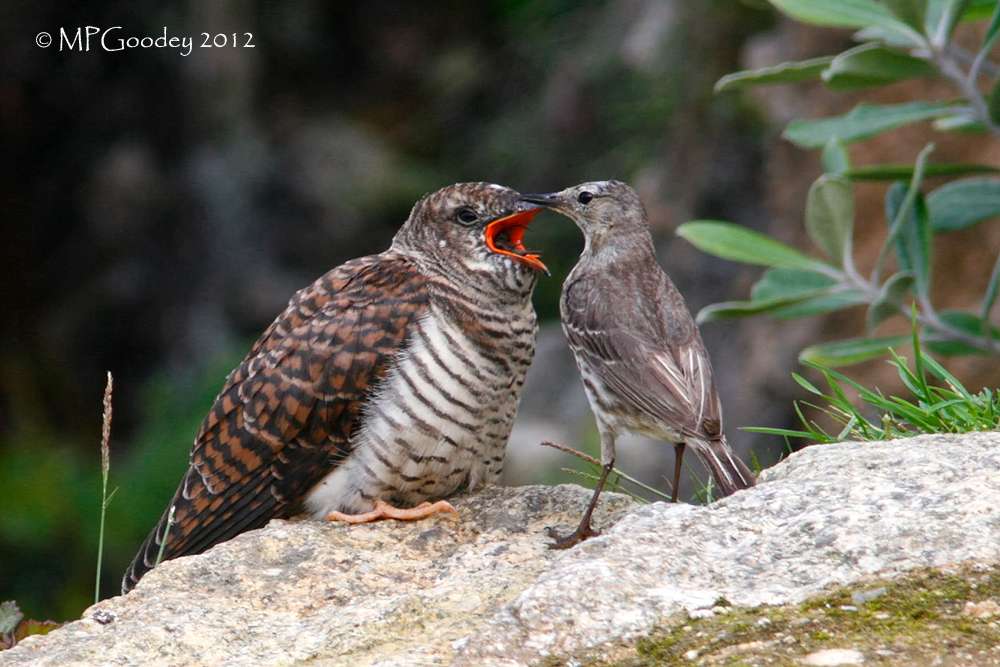