Review of the Week: 4-10 September

Who would have thought that, going into the second week of September, we would still be talking about Brown Boobies? As autumn begins to wake from its summer holidays and British and Irish birders were salivating at the possibilities that the remnants of Hurricane Dorian might bring across the Atlantic, it's nonetheless with the continuing south-coast Sulid that we start off this review.

Friday is changeover day for many on holiday in Cornwall and has long been an ominous milestone for many would-be twitchers with only weekends available. The Friday night curse appears to have struck again as, after showing well over the period leading up to the weekend the Kynance Cove booby promptly upped sticks and departed, leaving latecomers bitterly disappointed. 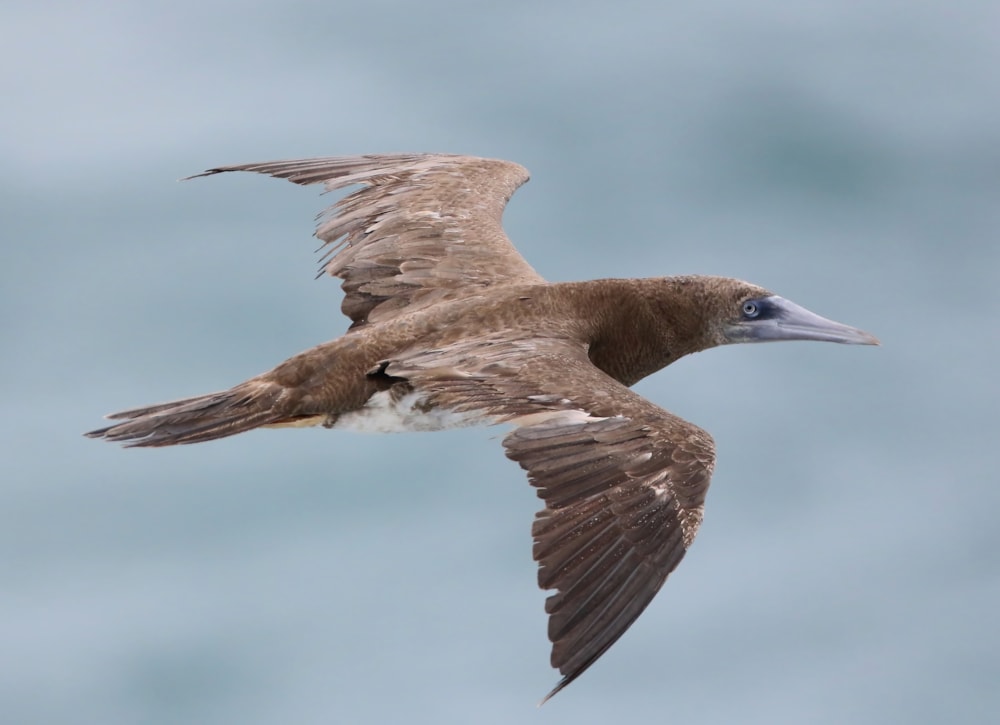 A juvenile Hudsonian Whimbrel made it to St Kilda, Outer Hebrides, on Saturday, well ahead of Dorian's arrival. This and the first-winter Wilson's Phalarope at Tacumshin, Co Wexford, from 8th provided a quality vanguard of what is hoped will be a strong arrival of North American shorebirds in the coming days. 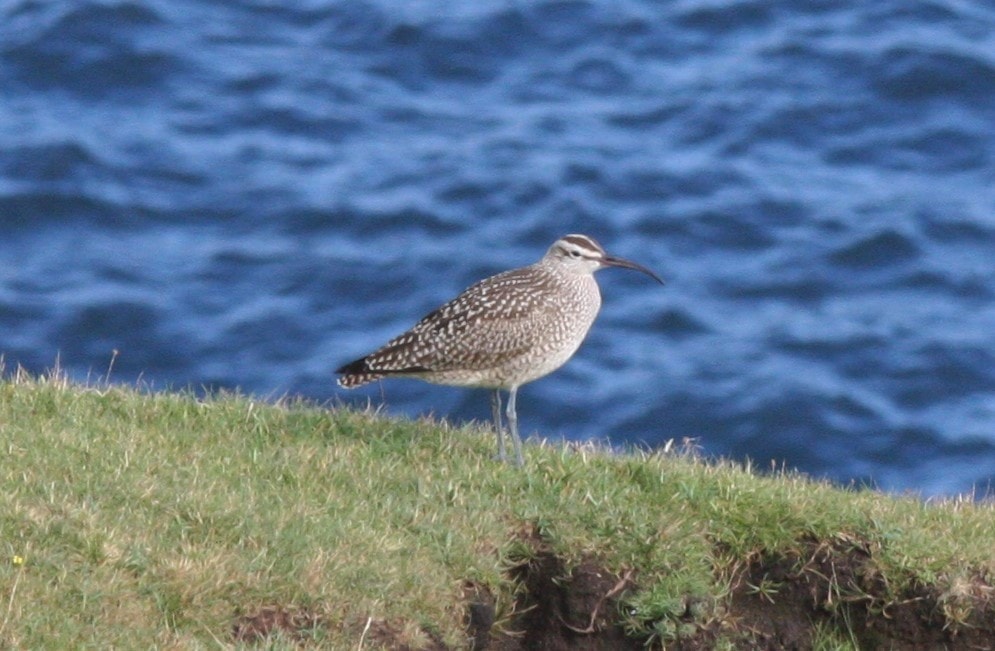 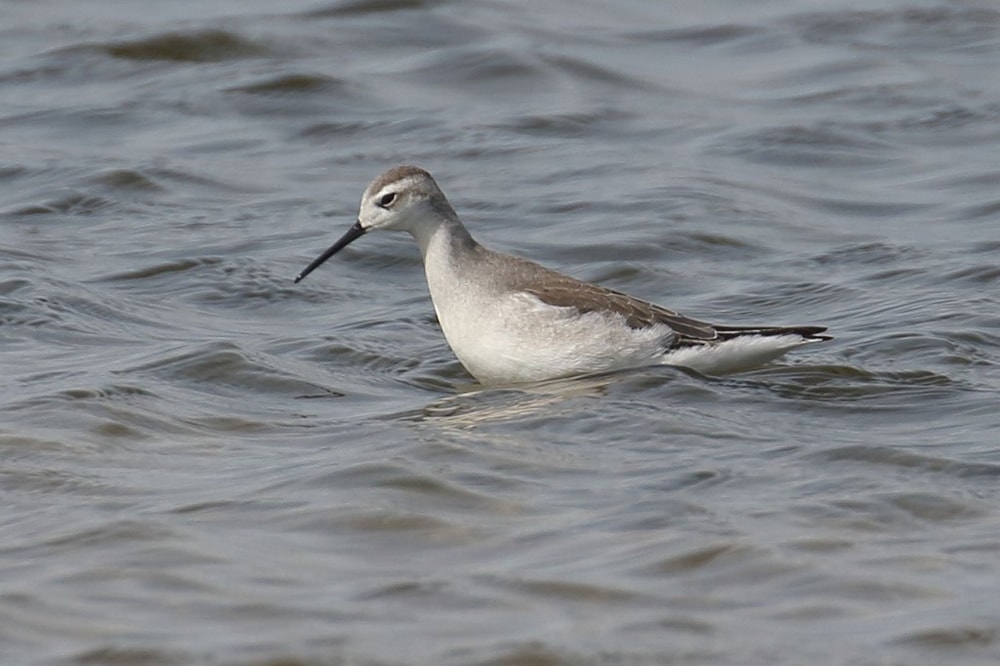 With better views, a possible Swinhoe's Storm Petrel briefly off Wallasey, Cheshire, late on 6th amid a decent passage of Leach's Storm Petrels would have been a stunning record. Sadly, a Peregrine Falcon put paid to that and nobody was able to recover the discarded corpse left on a sandbar after the predator had had its fill.

Last week's Eastern Black-eared or Pied Wheatear remained at Fluke Hall. So many stunning photos have been taken of this bird and, perhaps crucially, one image seemed to show a concealed whitish spot at the base of one of the mantle feathers – according to Svensson, this is a feature that Pied Wheatear cannot show, but it does not address the hybrid possibility that arguably still hangs heavy over this particular saga – and thus pinning our colours to a single photo of a single feather at this stage perhaps doesn't seem wise for such a complex case. 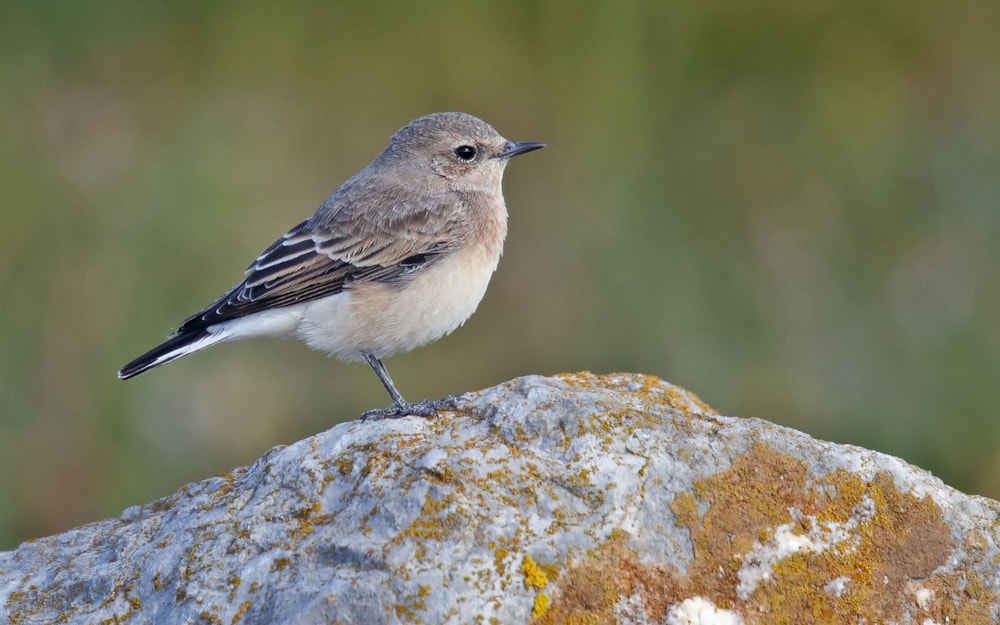 Less controversially, the Isle of May team wasn't waiting for their veteran warden to get back on the island as they kicked off autumn in style – an adult male Collared Flycatcher was extracted from the nets on the afternoon of 8th. This was followed by a rather smart Isabelline Wheatear on Bardsey Island, Gwynedd, on 10th. 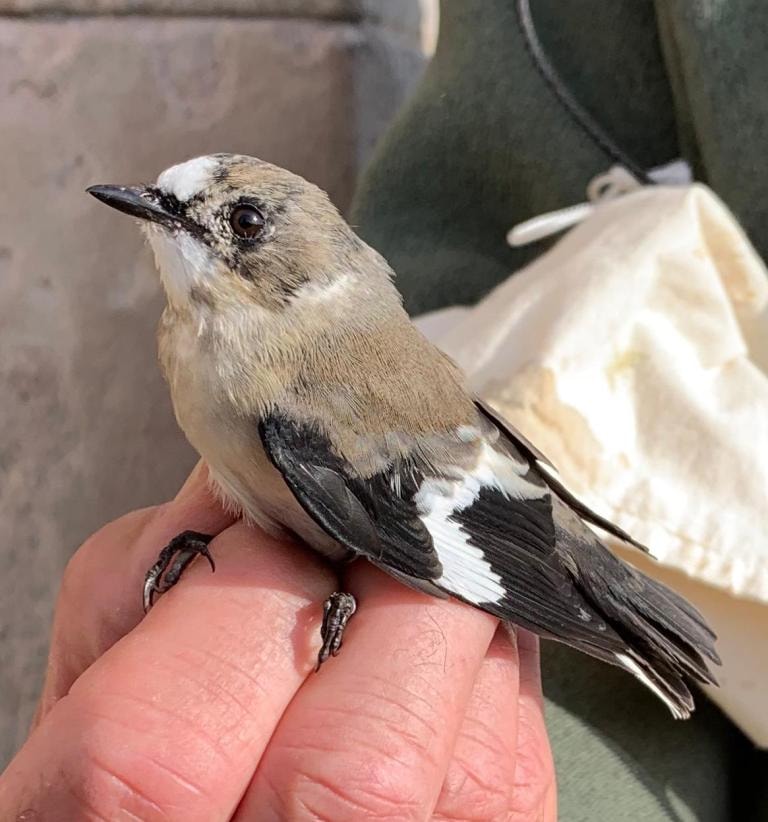 Collared Flycatcher, Isle of May, Fife (Bex Outram / Isle of May Bird Obs). 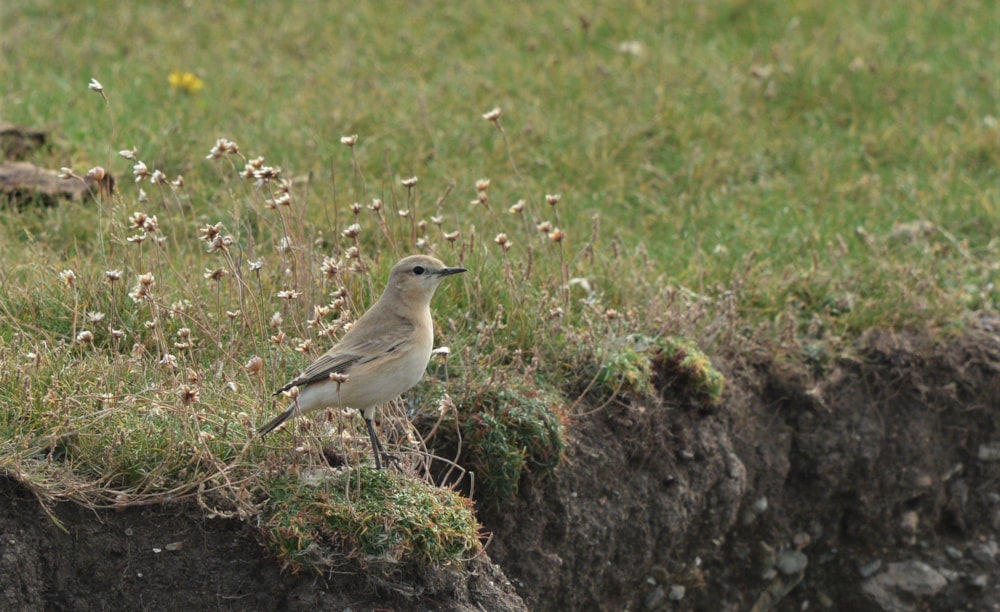 September wouldn't be September without some sea-watching and a Fea's-type Petrel north past Hunmanby Gap and then Filey early on 7th had east-coast observers on standby. Unfortunately, though, it wasn't seen again further north. Wilson's Storm Petrels flew past Bridges of Ross and Loop Head, Co Clare, on 4th and 5th and another was off Pendeen, Cornwall, on 5th. BirdGuides published over 90 reports of Leach's Storm Petrel this week in a decent movement; there was an obvious westerly bias, with most records coming from the Irish Sea or further north – a mouth-watering 32 past Hilbre Island, Cheshire, on 4th was in stark contrast to the lone record in the North Sea at Cley, Norfolk, on 7th. The east coast was a better bet to connect with the exodus of juvenile Long-tailed Skuas, with up to 21 recorded between North Yorkshire and Kent. 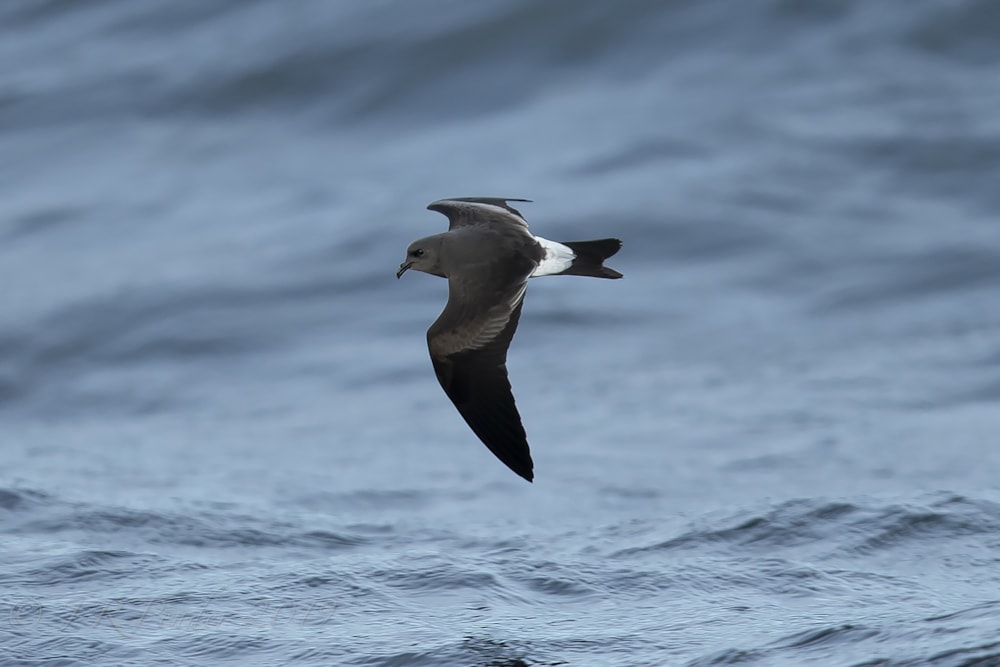 A new juvenile Semipalmated Sandpiper appeared, almost predictably at Tacumshin, Co Wexford, on 4th and last week's individual in Gwent remained to 5th. Some evidence of what Dorian might produce came with two further juveniles in Co Kerry on the evening of 10th, with singles at Cromane and Carrahane. Tacumshin's Baird's Sandpiper was also seen on 4th but not subsequently, while the juvenile was on Tiree, Argyll, to 5th. Last week's popular juvenile Black-winged Stilt hung on at Idle Valley, Notts, to 7th. 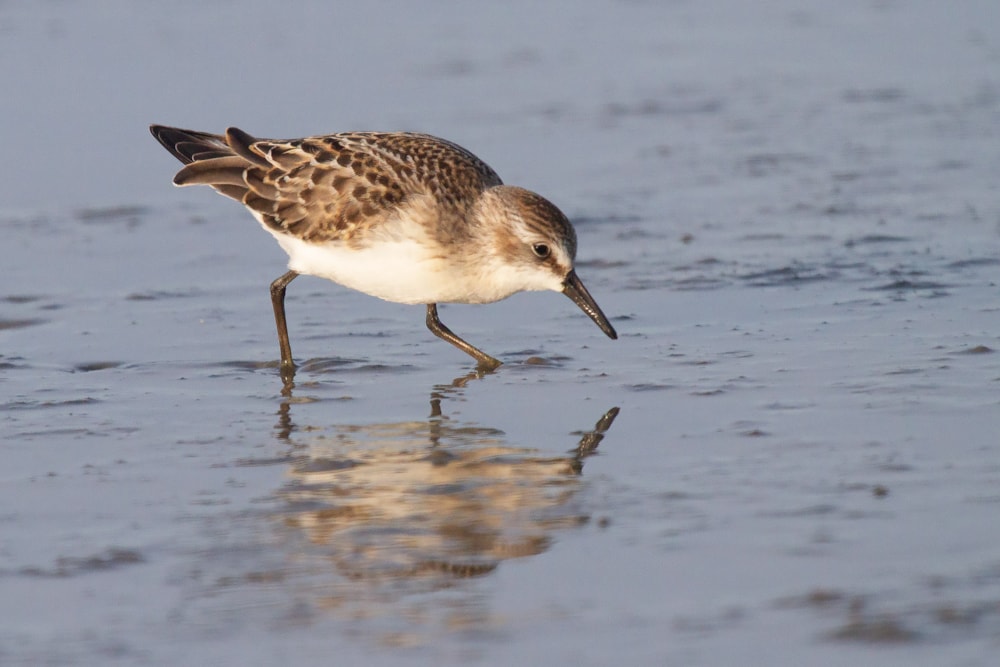 Three adult White-rumped Sandpipers were well spread, with the Kilnsea individual punching into its second week and entertaining visitors to MigFest. Others were in Aberdeenshire and on South Uist. Six adult American Golden Plovers formed a neat north-south split with northerly birds on Shetland, Outer Hebrides and Orkney and, down south, in Kent, Cornwall and Co Kerry. Last week's juvenile Kentish Plover went missing for five days before another brief appearance at Eastoke, Hants, on 7th. 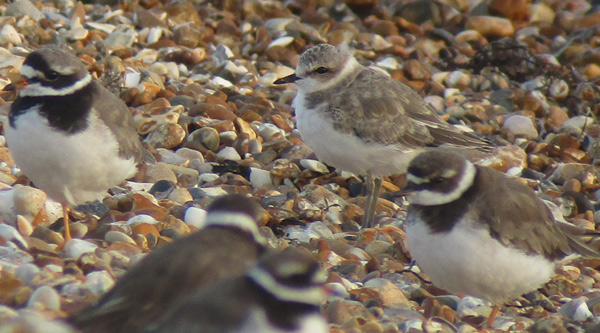 A young Lesser Yellowlegs was at Pembroke Mill Ponds, Pembs, from 6th. Buff-breasted Sandpipers continued their slack form with the adult at Davidstow, Cornwall, joined by a juvenile on 11th. Six Pectoral Sandpipers doubled last week's total, though they were conspicuous by their absence from England and Wales. 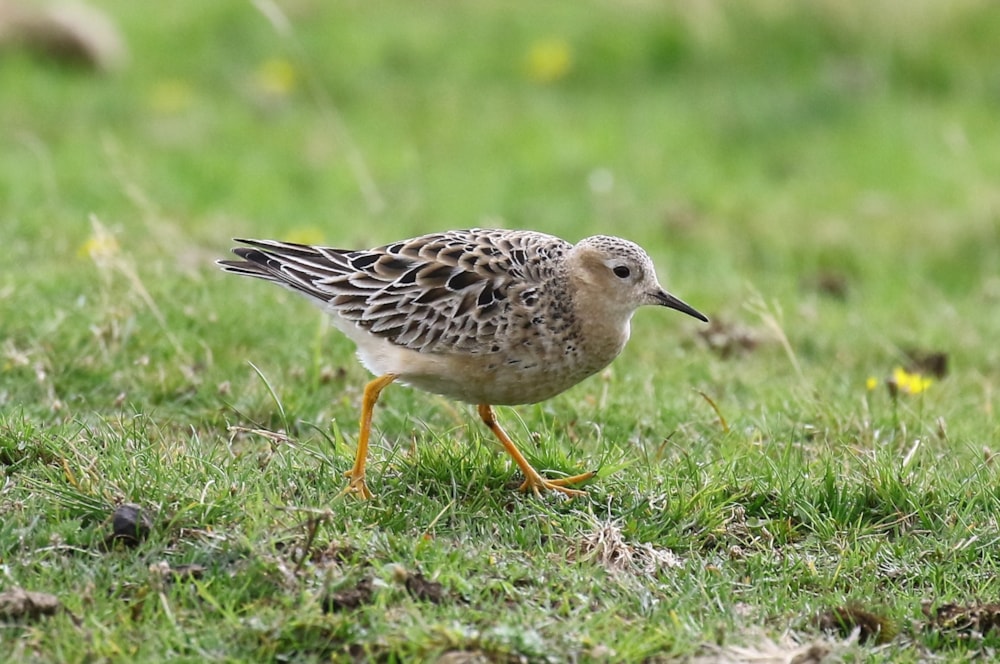 Over in Co Clare, the Bonaparte's Gull was noted again on 10th, as was the long-staying Forster's Tern at Soldier's Point, Co Louth. An adult Glaucous Gull at Barra on 9th was a timely reminder that winter is coming.

The Western Bonelli's Warbler at Uwchmynydd, Gwyned,  lingered to 5th, as did the showy male Black-headed Bunting on Lundy, Devon. Another Bonelli's warbler, not identified to species, was found on Tresco, Scilly, on 9th.

The crop of young Citrine Wagtails continued with young birds at Baltasound, Unst, on 4th, Papa Westray, Orkney, on 6th and, a little further south, on the scrapes at Minsmere RSPB, Suffolk, on 7th.

The mistnets at Nanjizal Valley, Cornwall, produced another Aquatic Warbler on 7th. Last week's Greenish Warbler at Brotton, Cleveland, hung on until 4th and a new individual was at Girdle Ness, Aberdeenshire, briefly on 10th. A Blyth's Reed Warbler in the nets at Kilnsea on 9th was unfortunately too late for MigFest and another was at Blakeney Point, Norfolk, on 9-10th. Five Icterine Warblers were well spread in Co Cork, Norfolk, Northumberland, East Yorkshire and Shetland. A new Marsh Warbler was on North Ronaldsay, Orkney, on 10th. 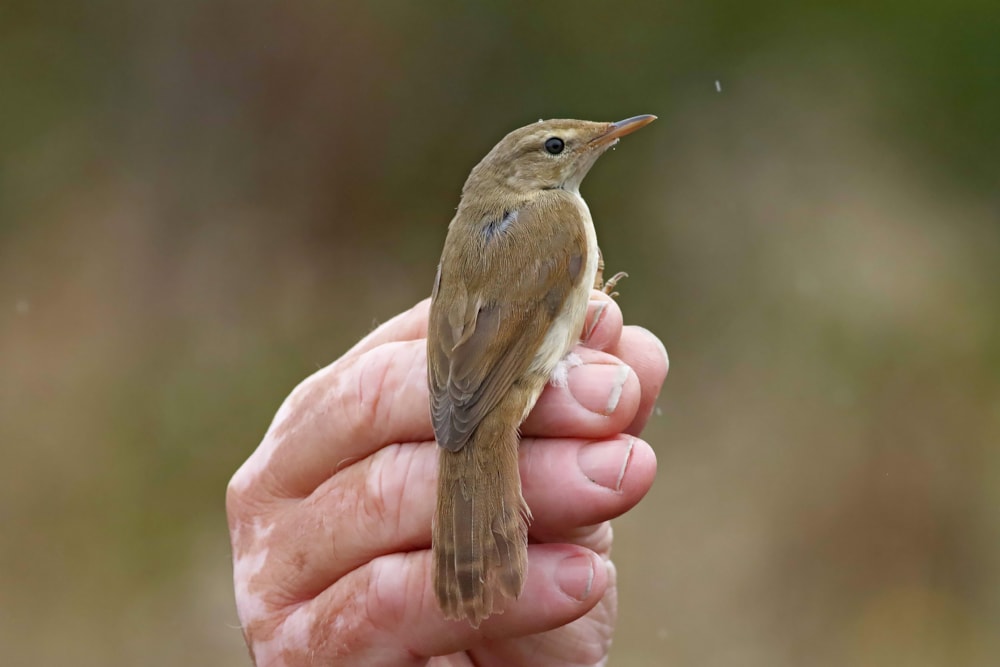 Cape Clear's juvenile Woodchat Shrike appeared settled at least and was joined by a juvenile Red-backed Shrike on 7th, another juvenile Woodchat appeared on Papa Westray on 10th. At least nine other Red-backed Shrikes were well spread between Fair Isle and St Mary's, Scilly. Up in the Outer Hebrides, the adult Rosy Starling first found in mid-August continued to visit a garden near Loch Euphort, North Uist, while, a juvenile at Cemlyn Bay, Anglesey, preferred the more ecclesiastical setting of the local church roof. 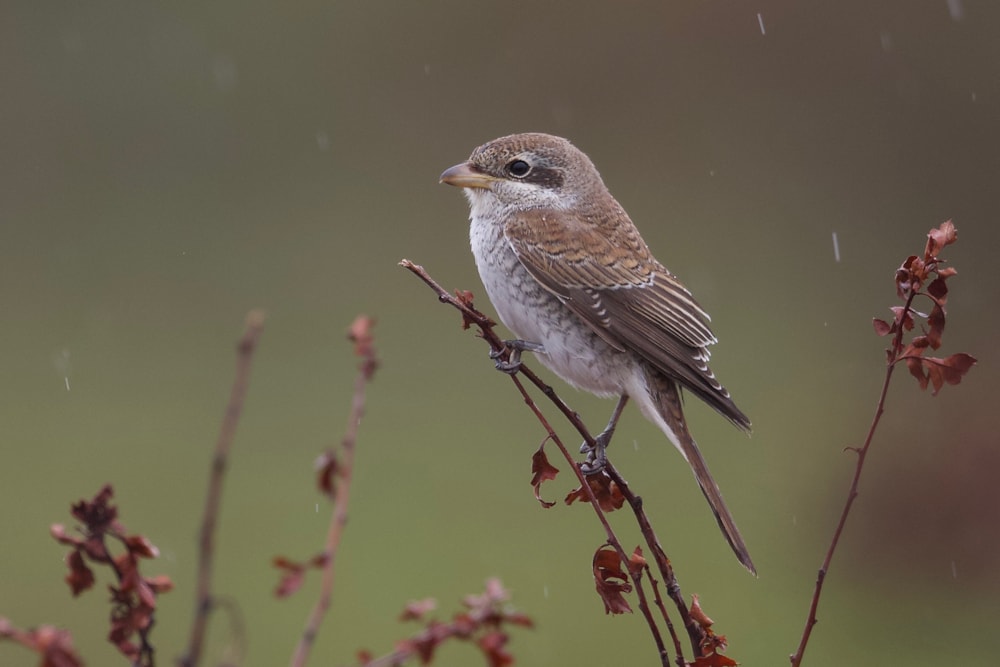 A well-marked male Bluethroat was popular at Hook-with-Warsash, Hants, with another at Norwick, Unst. The first Richard's Pipit of the autumn was on Ramsey Island, Pembs, briefly and Little Buntings were on Fair Isle on 8th and North Ronaldsay on 10th. Ortolan Buntings were noted at Cleadon, Durham, and the more regular location of Portland, Dorset, while another was sound recorded over Chafford Hundred, Essex, in the early hours of 9th. 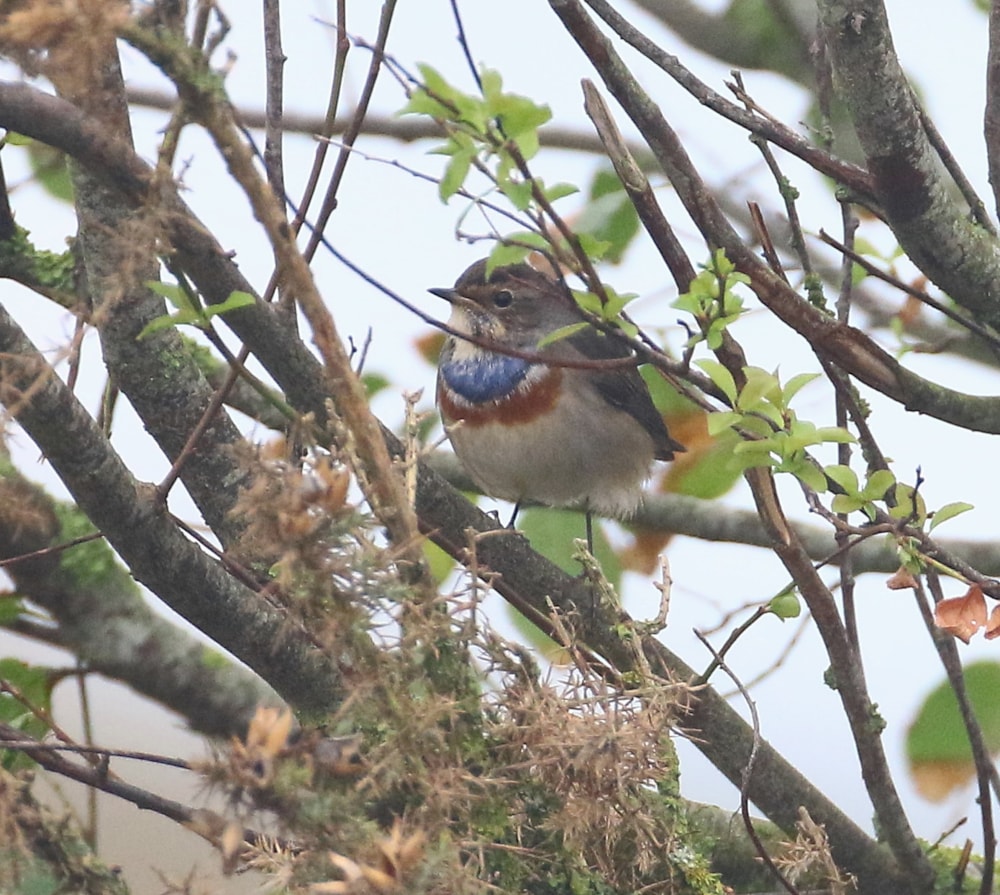 A Black Kite at three sites in Glamorgan was eventually pinned down as an escaped falconer's bird. An early juvenile Rough-legged Buzzard flew south at Hill of Alyth, Perth & Kinross. The female Snowy Owl remained on St Kilda and is now in its 18th month of residency.

The Strontian American Black Duck was noted again this week. A single eclipse drake Ring-necked Duck was at Loch of Skene, Aberdeenshire, on 10th and Surf Scoter were represented by a female at Musselburgh, Lothian, and a drake off Inch, Co Kerry. More significantly, an adult Red-breasted Goose arrived with returning Pink-footed Geese at Marshside RSPB, Lancs, on 8th. Iceland's second Tennessee Warbler, at Reykjanesviti from 8-10th, was a first opportunity for any birders under the age of 70 to catch up with the species, as the last was way back in 1956. Grubbing about in sparse grass and weeds and showing down to centimetres, it was extremely popular with a huge twitch of up to 14 observers! A Little Curlew flew south past Kråkudden, Sweden, on 3rd in the company of Whimbrels, while a Stejneger's Scoter flew past Cape Põõsaspea, Estonia, on 6th. Some distance to the south, the White-throated Bee-eater was still near Eilat, Israel.

Last week's French Elegant Tern was still at Le Grau-de-Roi, as was the ringed adult near Cadiz, Spain. The Ukranian-ringed juvenile Pallas's Gull remained in Poland, as did the immature Great White Pelican in northern Germany.

Guernsey had a week we all dream of with two firsts in two days: a Booted Warbler at Pleinmont on 8th and a cracking male Pallid Harrier around fields at the same site on 9th.

Elsewhere, Germany scored a Bimaculated Lark in Bavaria on 8-9th, while a House Bunting was photographed in Tarifa, Spain, on 7th.