Low pressure was again the dominating force of the week's weather, characterised by April showers, overcast conditions and fluctuating temperatures. Along with an increase in hirundine numbers, Ring Ouzels continued to trickle in, with no fewer than 126 reports peaking with a count of at least 21 at Penycloddiau, Clwyd, on 9th.

Most surprising on the migrant-front was an early adult Black Tern at Carr Mill Dam, Lancashire, from 8th. Arctic Terns made early movements this week too, with the first examples of the spring over Farmoor Reservoir, Oxfordshire, and Island Barn Reservoir, Surrey, on 7th. Common Terns were back at 31 sites. 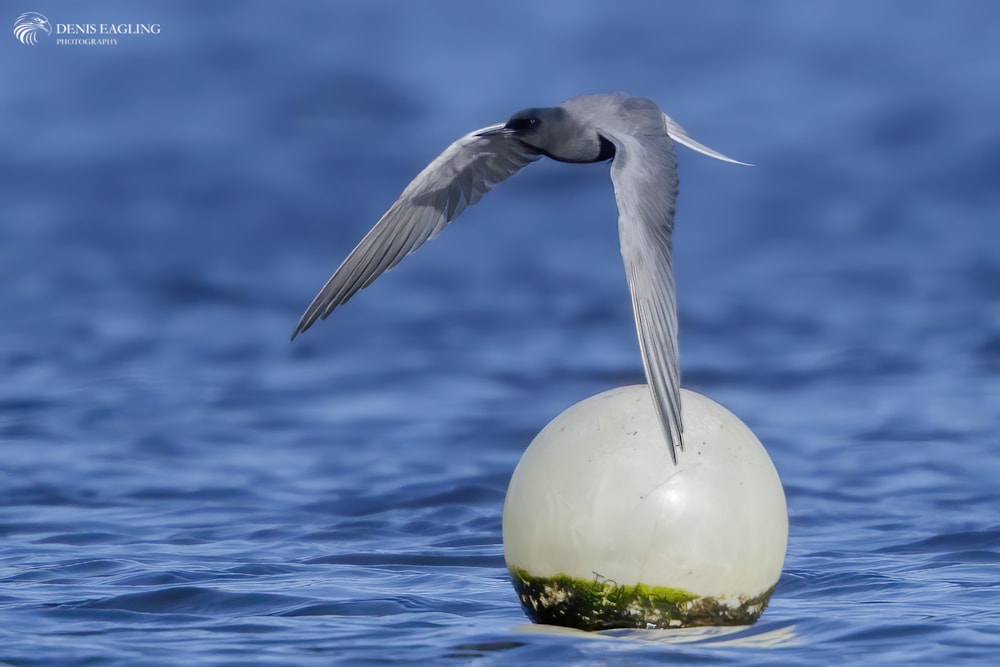 Appearing happily settled in the Staple Newk Northern Gannet colony at Bempton Cliffs RSPB, East Yorkshire, the Black-browed Albatross would remain an ever-present this week, spending much of the time cruising at close range along the clifftops and picking up right where it left off in 2021. 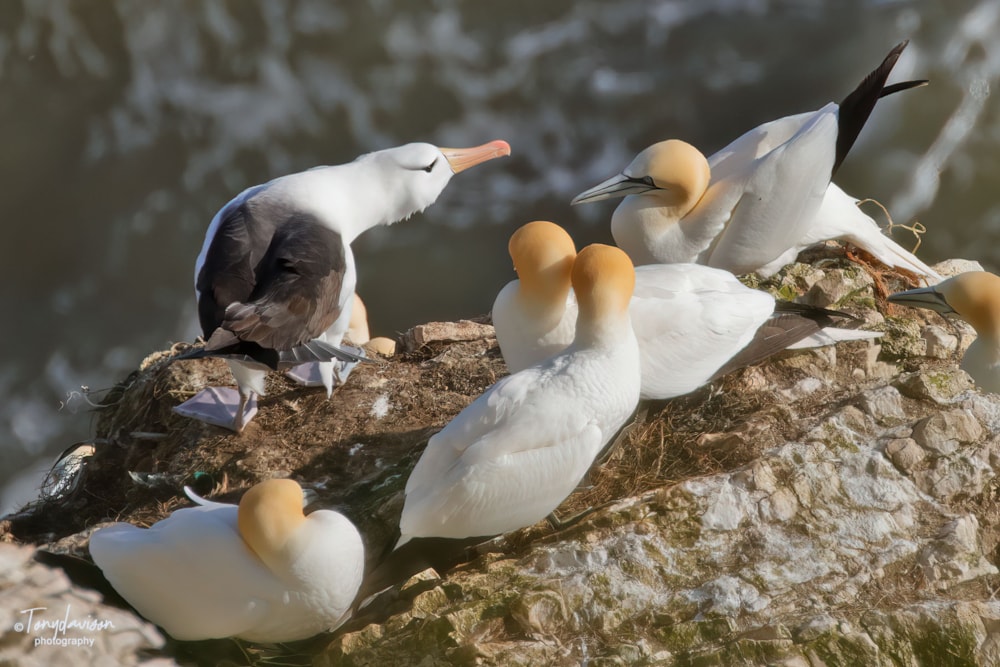 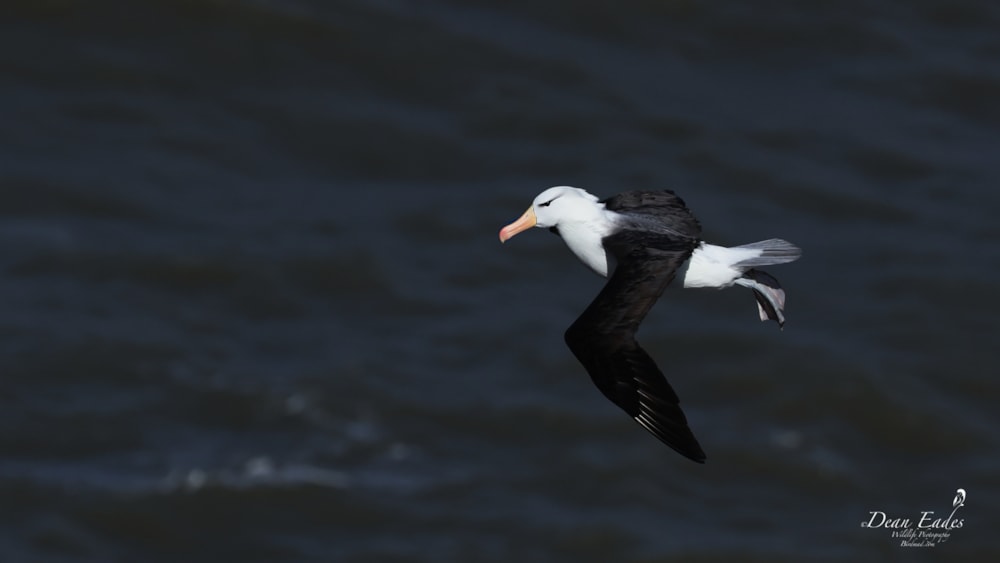 A surprise spring Hume's Leaf Warbler was photographed in a Hunstanton, Norfolk, garden on 2nd, with lingering winter visitors still at Eastbourne, East Sussex, and St Margaret's at Cliffe, Kent. Equally unexpected was a Hornemann's Arctic Redpoll on Fair Isle, Shetland, on 4th.

@DaveHawkins99 An interesting visitor this afternoon in the garden. I thought this was a chiffchaff but I’m told it’s not. Opinion seems to favour yellow browed warbler or Hume’s leaf warbler. Collins bird guide calls them both ‘vagrant’. pic.twitter.com/5cgHHo4VqP 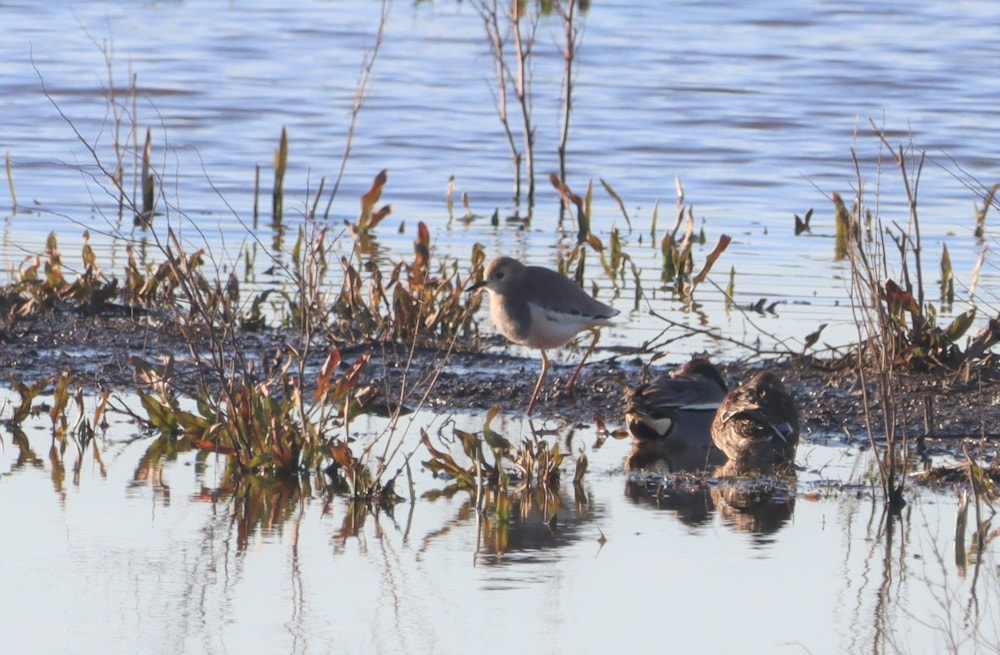 In Buckinghamshire, the Blue-winged Teal candidate at Marlow continued to confound. The bird, a female, appears to show a number of features seemingly at odds with Blue-winged that might be a better match for Cinnamon Teal. This is a species regularly found in captivity with no records accepted as wild in the Western Palearctic – although an adult drake on Lewis, Outer Hebrides, in spring 2004 appears worthy of further scrutiny. Potentially anomalous features include a longer and more spatulate bill than is typical for female Blue-winged, a weak loral spot, the absence of a pale supercilium and warm brown plumage tones. It is perhaps best left as unconfirmed, making a sure-fire female Blue-winged Teal at Berry Fen, Cambridgeshire, a much safer bet to connect with. 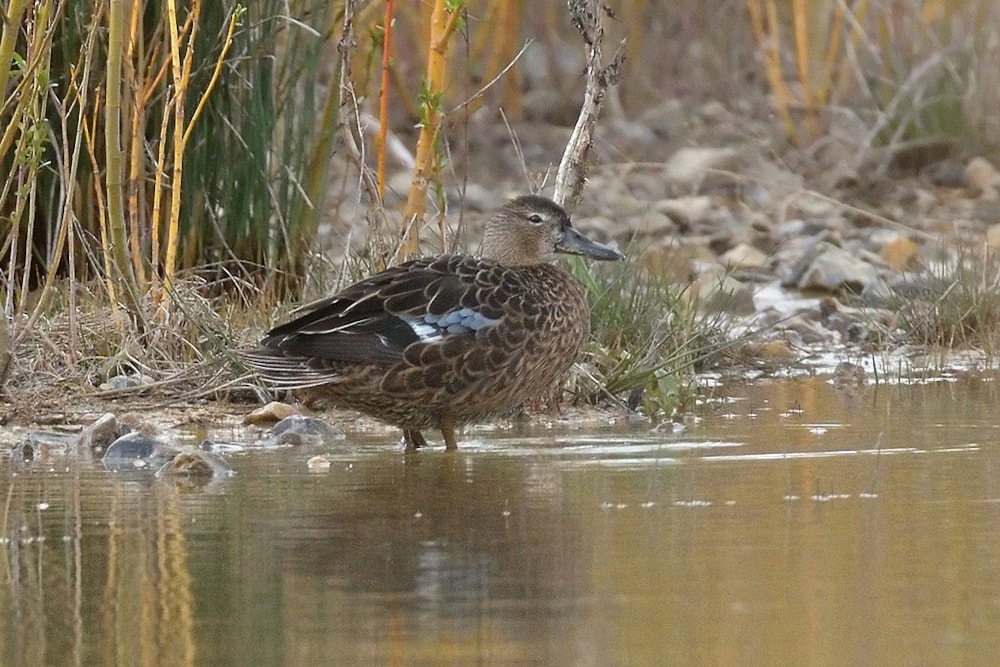 In Shetland, the drake American Black Duck resurfaced at Loch of Cliff, Unst, on 5th, with Ireland's example still at Cross Lough, Mullet, Co Mayo, on 7th. The Baikal Teal, meanwhile, held out at Swine Moor, East Yorkshire, until 5th at least. A decent week for American Wigeon saw two at Loch Fleet, Highland, and singletons at Lossie Estuary, Moray & Nairn, and Garlieston, Dumfries & Galloway, with a possible female at Walberswick, Suffolk, on 10th. 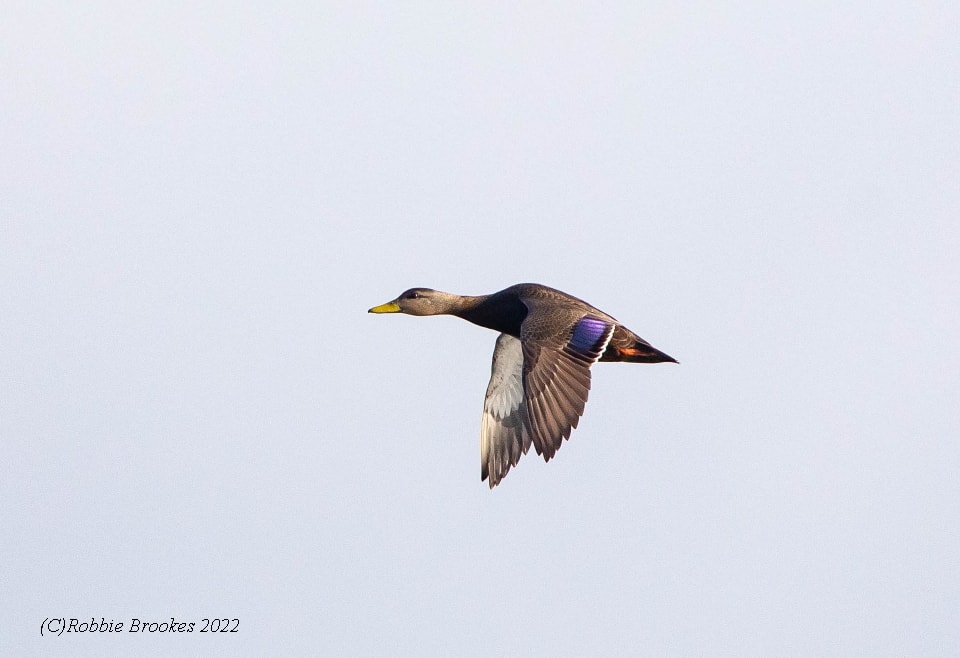 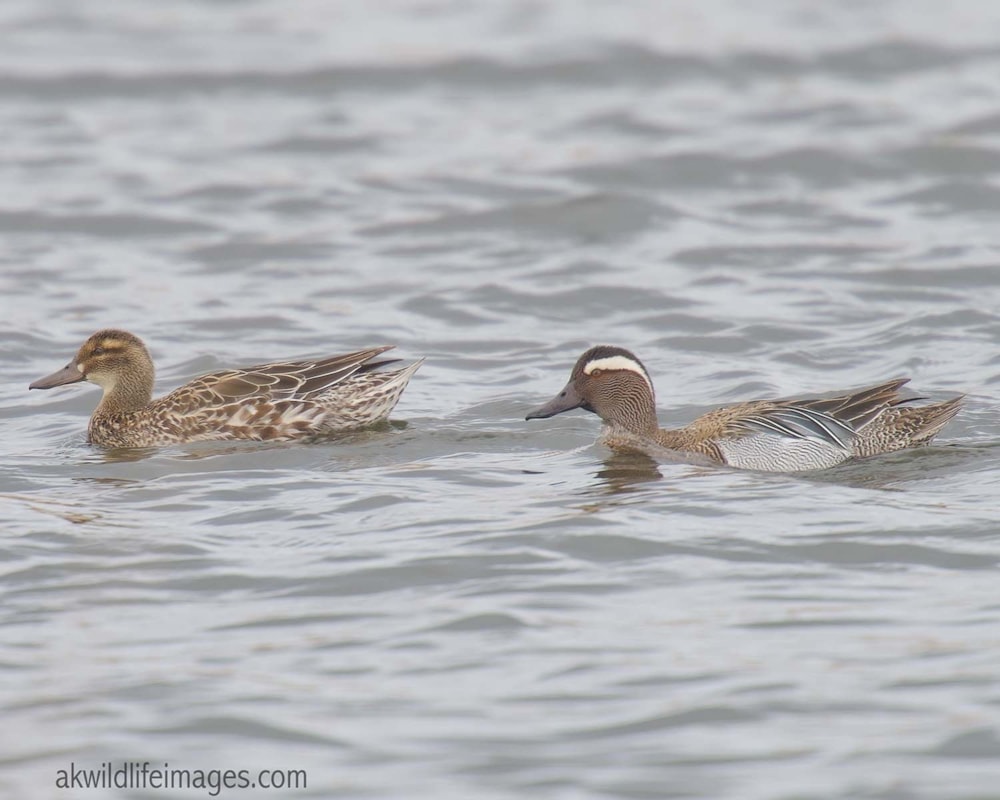 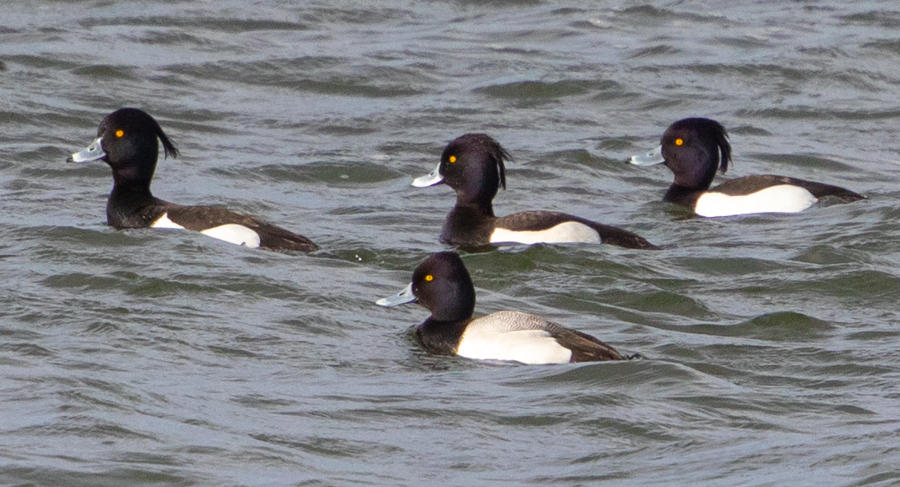 Both King Eider – at Loch Fleet, Highland, and Musselburgh, Lothian – remained in place. A young female Surf Scoter was again off Tresco, Scilly, for the first time since 11 March, with others off the coastlines of Lothian and Moray & Nairn. 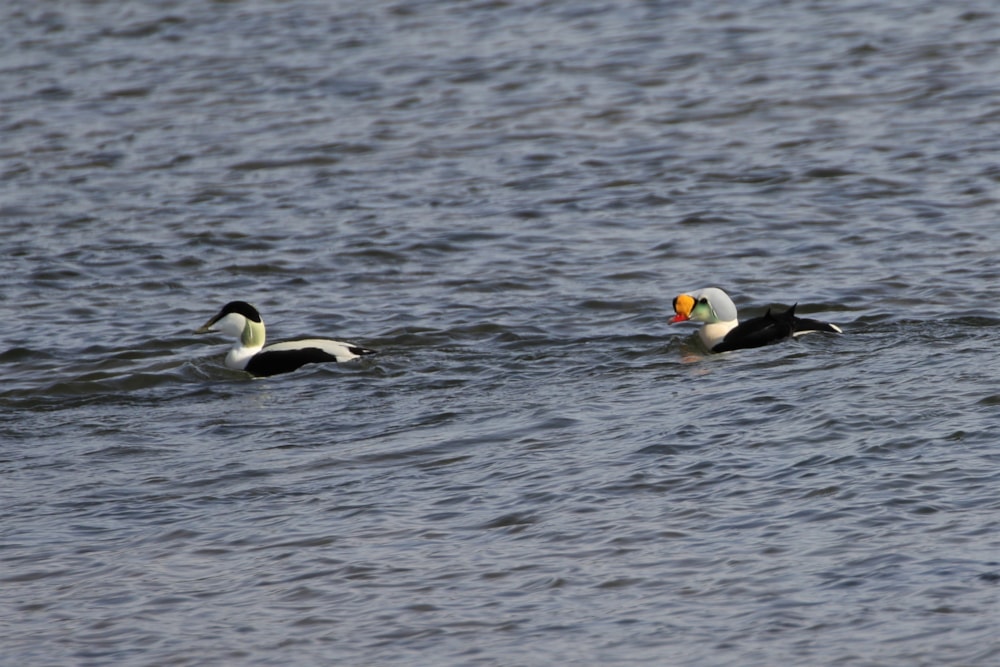 It is tempting to speculate about the origins of three white-morph adult Snow Geese at Challister, Whalsay, Shetland, from 4th. Interestingly, they appear to be the same trio that resided 800km south-west at Slimbridge WWT, Gloucestershire, from 18 January-31 March. It is enticing to think of these are potential genuine Transatlantic vagrants, but a number of feral European populations cloud the issue, including several known to have reached Shetland and Orkney. Plans are afoot to collect a feather or two for stable isotope analysis to help establish the birds' origins, just in case … Others remained at Banks Marsh, Lancashire, and Drumlemble, Argyll. 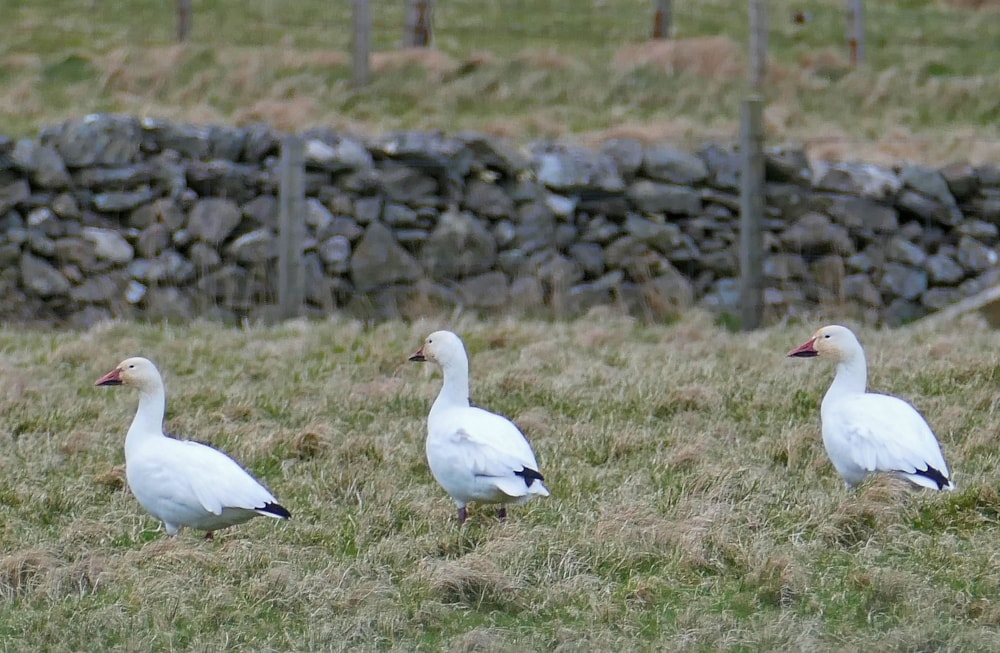 The sole European Serin of the week concerned a first-winter male trapped and ringed at Landguard NR, Suffolk, on 5th. Unconfirmed Iberian Chiffchaffs sang at Sinfin, Derbyshire, and Wimalford, Cornwall, with Dusky Warblers still in Kent, London and Norfolk. Four Hoopoes saw birds at Deeping St Nicholas, Lincolnshire, and Dunquin, Co Kerry, with others in Devon and Scilly. 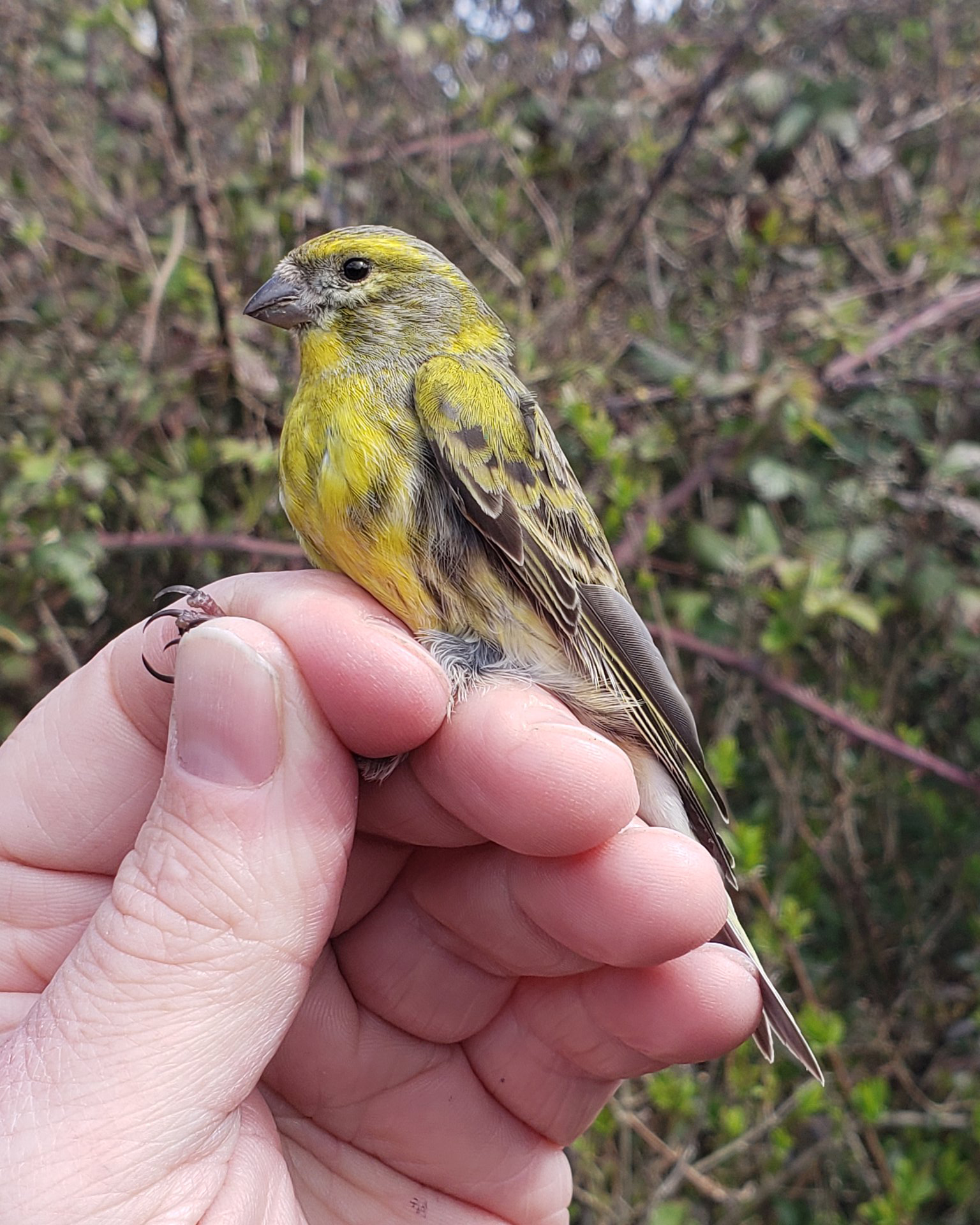 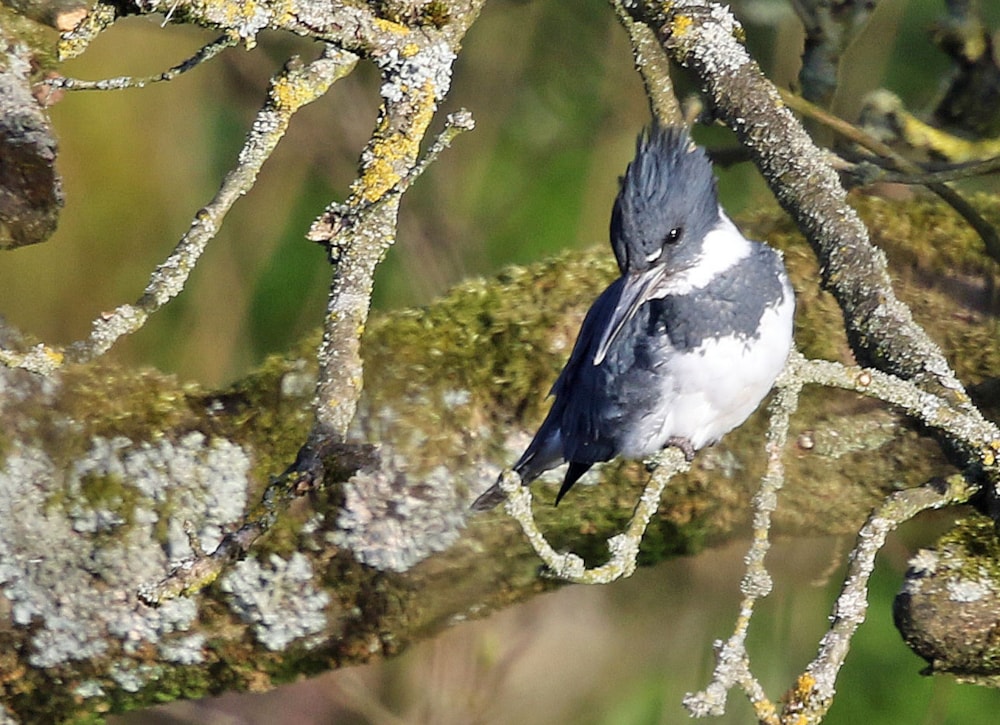 A Black Kite flew over Camel Estuary, Cornwall, on 6th. Four White Storks must have proved a shock for a birder-cum-aviator at 2,000 feet high over Preston, Lancashire, on 10th! New Glossy Ibis were in Norfolk, Orkney and Co Kerry; Common Cranes included one over Northumberland on 4th and 7th and two over Nottinghamshire on 10th. 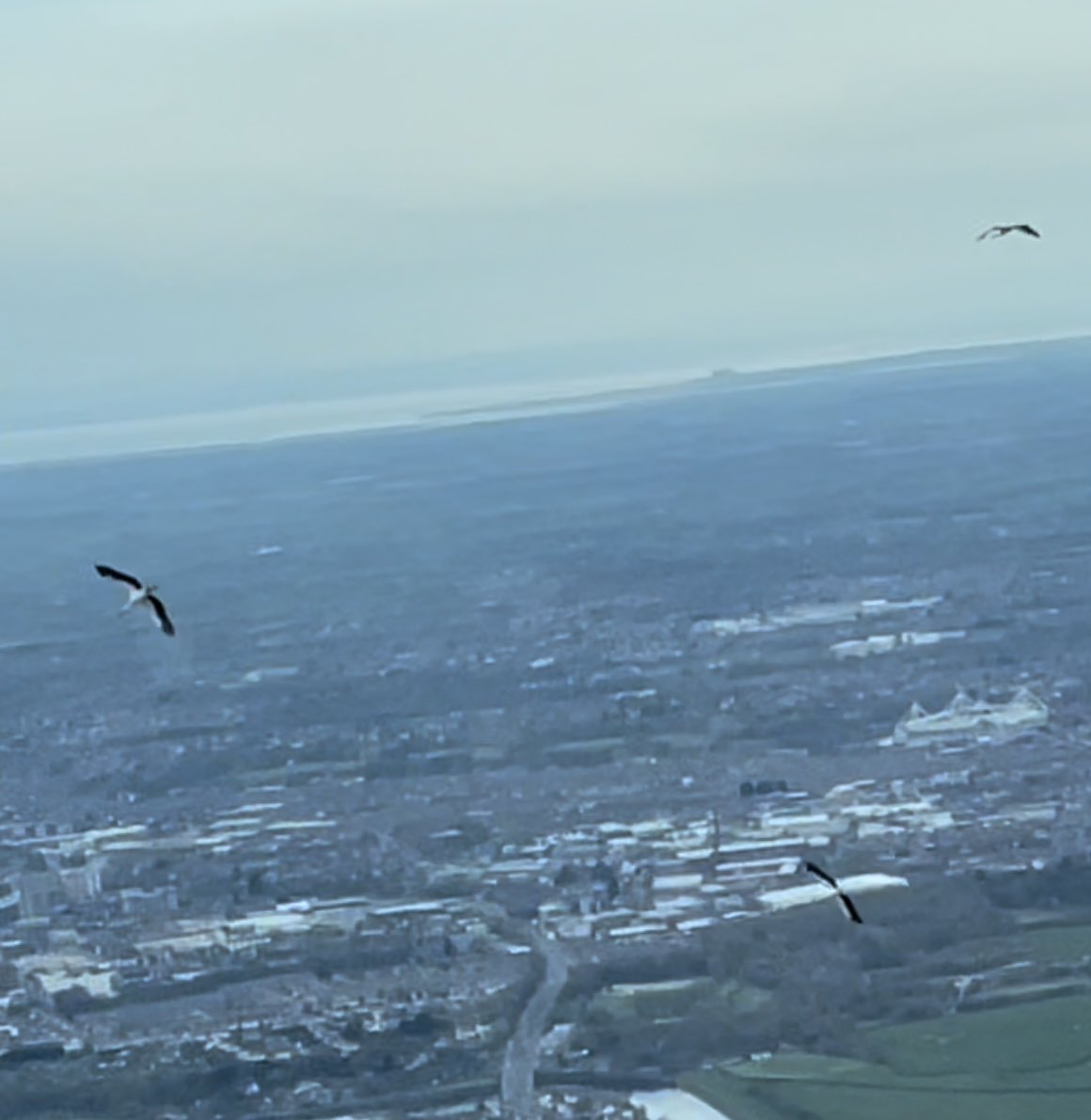 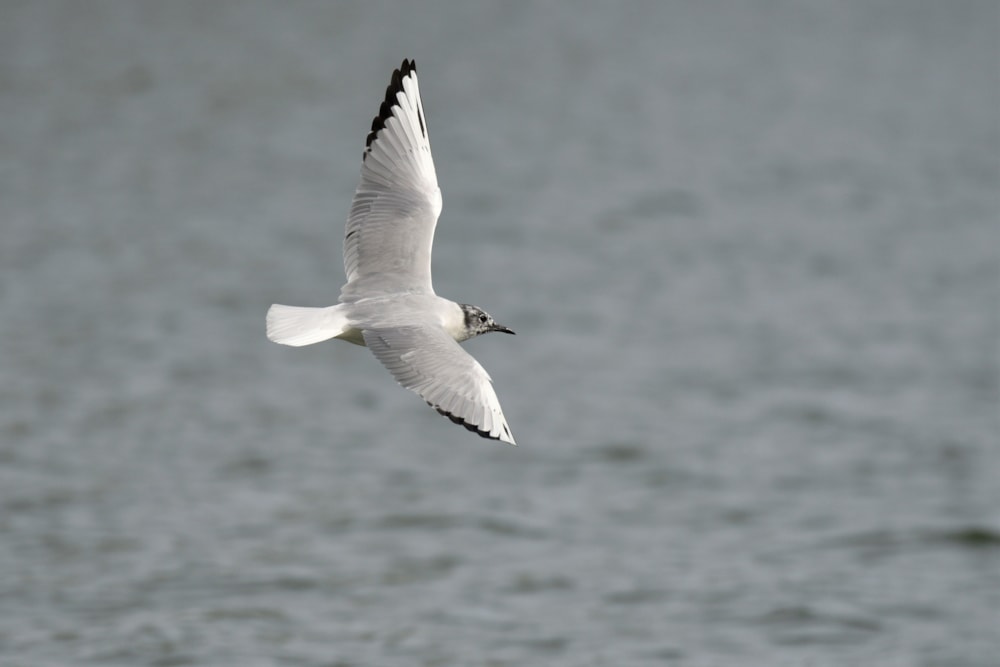 Last week's European Black-browed Albatross flew past Salo, Sweden, on 4th before a brief visit to Heligoland, Germany, on 9th, although an American Robin photographed in the centre of Reykjavík, Iceland, on 8th would, unfortunately, evade relocation.

The widely-travelled satellite-tagged second-winter Bonelli's Eagle completed a Baltics tour during the first few days of April – where it became the first for Poland, first for Kaliningrad, first for Lithuania, and first for Latvia – before heading back into Germany. 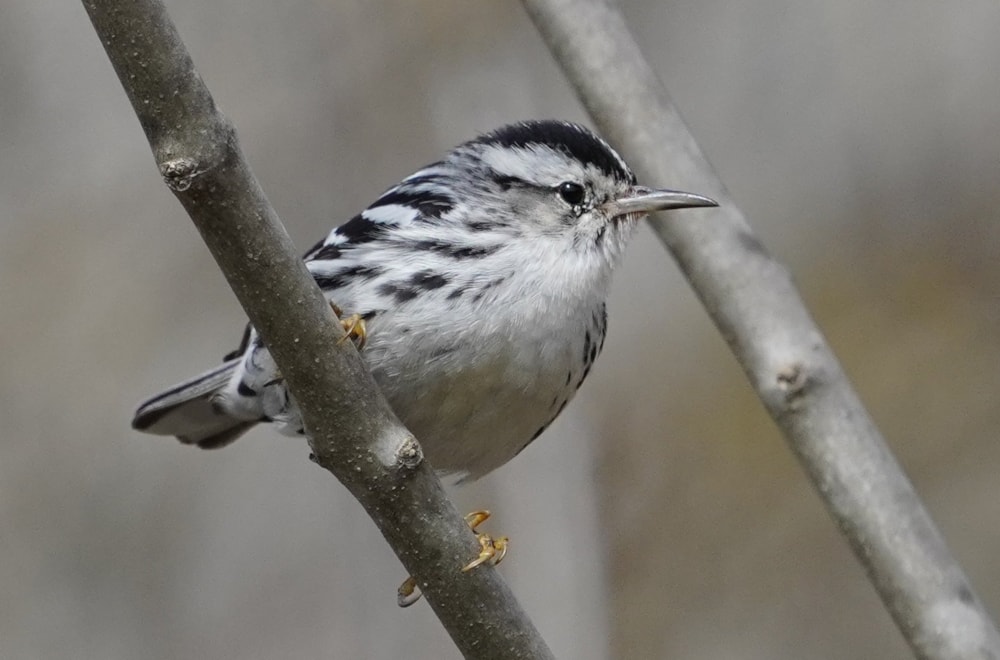 In Catalonia, Spain, two Elegant Terns were off Torredembarra on 7th and the female Black-and-white Warbler continued to perform a short distance away at Sant Joan de Mediona. Elsewhere, the Moroccan Wagtail lingered at El Puerto de Santa María, a Cream-coloured Courser was still at Cabo de Gata and Lesser Flamingos were back at Alcázar de San Juan (two) and Laguna de Fuente de Piedra.

On Terceira, Azores, the young female Belted Kingfisher and Great Blue Heron both held on at Praia da Vitória.

An immature Brown Booby was at îlot Saint-Ferréol, France, from 2-7th, while the Eastern Black-eared Wheatear continued in the centre of Nice. Austria's third Desert Wheatear – a female – was at Groß-Enzersdorf on 4th, with a Falcated Duck still at Snellegem, Belgium, and at least one Baikal Teal and a Western Swamphen still in The Netherlands.