Despite being early April, a time when most birders are focusing their attention on returning migrants and exciting overshoots from warmer climes further south, our news page produced a list of mega rarities that should have been on the other side of the Atlantic … in fact, searching for megas this week produced a list dominated by the prefix 'American'.

The stand-out discovery was a species that few Suffolk birders could have envisaged adding to their county lists this time last week. An American Bittern was something of a shock at Carlton Marshes, having been identified from photographs posted on Twitter on the evening of 7th. 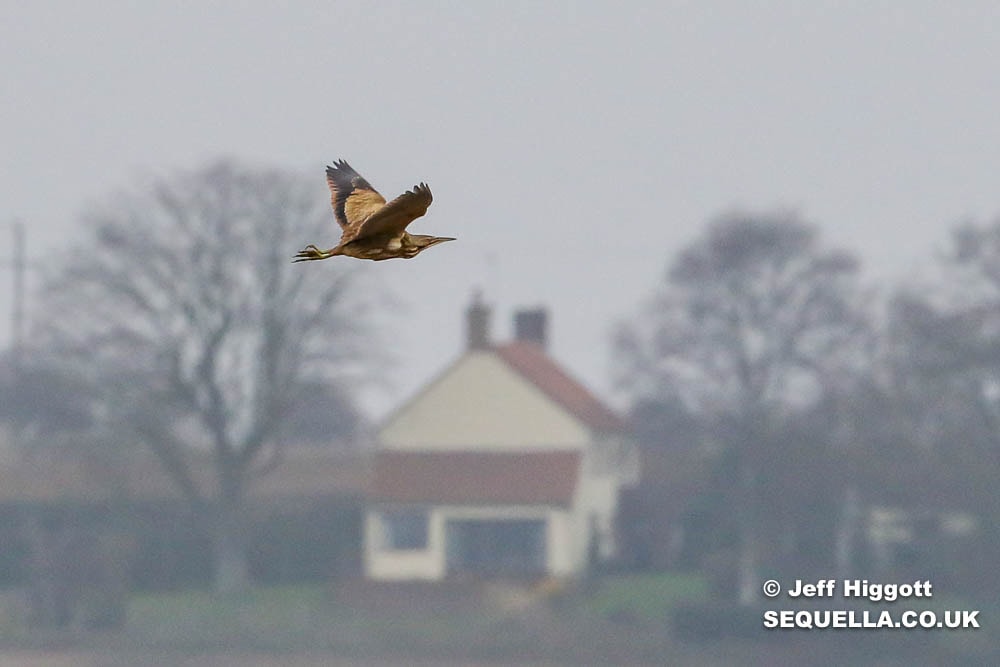 Fortunately, the bird was seen again the following afternoon, after a long wait for the gathered crowd. It was predominately observed on the wing, and this pattern of occasional flights continued until at least 10th, although a fortunate few were treated to 'on-the-deck' views. 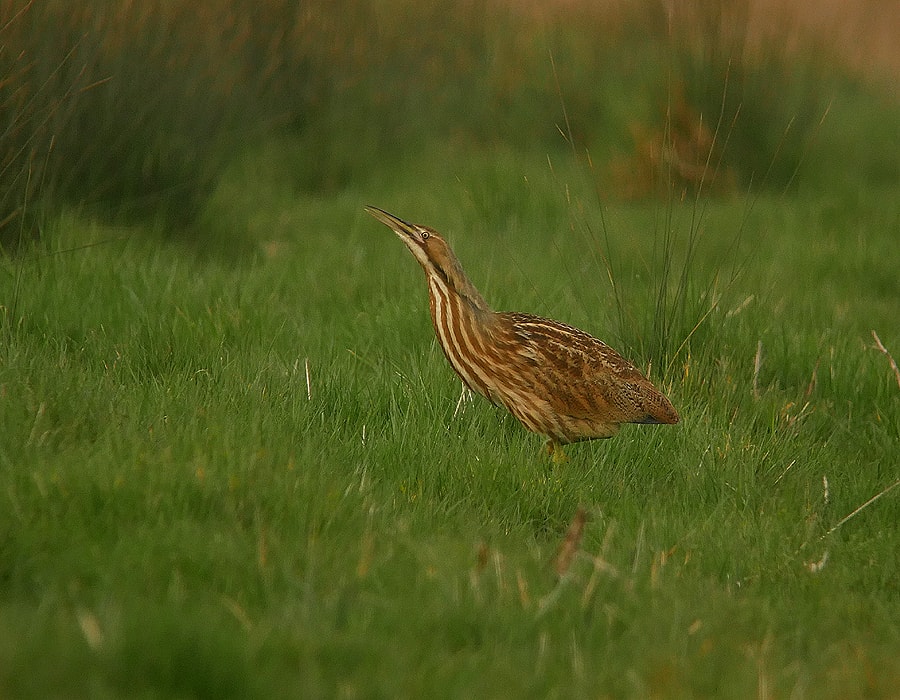 The other Americans concerned the Horned Lark still at Staines Reservoirs, Surrey, all week and the White-winged Scoter off Musselburgh, Lothian, to 9th. Also American, although not afforded the term for their branding, were the Pied-billed Grebes at Loch Feorlin, Argyll, and Loch of Spiggie, Shetland, neither of which show any sign of disappearing just yet.

The exception came in the form of a second-winter Audouin's Gull reported from a pelagic off Mousehole, Cornwall, on the evening of 8th. Unfortunately, no photos were obtained and it hasn't been seen again – yet.

The Audouin's was the star of a reasonable showing of classic spring overshoots, with several species recorded for the first time in 2018 this week. Two Alpine Swifts were right on cue over Lizard village, Cornwall, on 5th, being seen there intermittently to 8th. No reports came on 9th, but then an impressive three were seen together just north of the village on 10th. 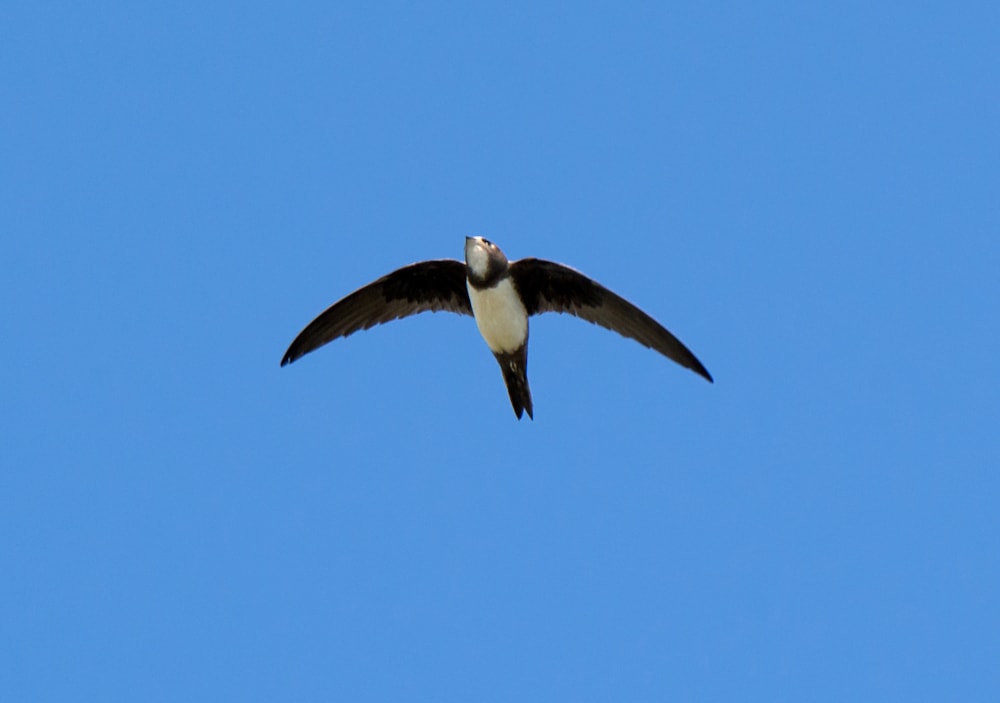 The first Red-rumped Swallow of the year reached St Ouen's Pond, Jersey, on 9th, while a Woodchat Shrike took up residence at the classic location of St Agnes, Scilly, from 9th; the same day also produced a Wryneck on nearby St Martin's. A respectable total of 14 Hoopoes was logged, including three in Cornwall, four along the southern coast of Ireland, one in Carmarthenshire and two in London (at Brent Reservoir on 6th and Walthamstow Reservoirs on 6-7th). A pair of European Serins was in a garden on Foulness Island, Essex, on 8th, with fly-overs noted at Cley, Norfolk, on 4th and St Mary's, Scilly, on 7th. Two Savi's Warblers were picked up in song: one at Minsmere, Suffolk, late on 6th and another at Wise Rise Marsh, East Sussex, from 8th.

As well as the scarcer species, there was a good push of common migrants, including the first Reed and Grasshopper Warblers, Common Nightingales (in Kent and Glos on 7th) and Yellow Wagtails. The first Pied Flycatcher was a male at Portland, Dorset, on 7th and Common Cuckoos began to arrive in good numbers. However, Common Redstarts still appear quite thin on the ground. Ring Ouzels began to show up across England and Wales; curiously there were only two reports from Scotland. The more than 260 reports of the species on the news page this week included respectable numbers at classic locations across the English Midlands. 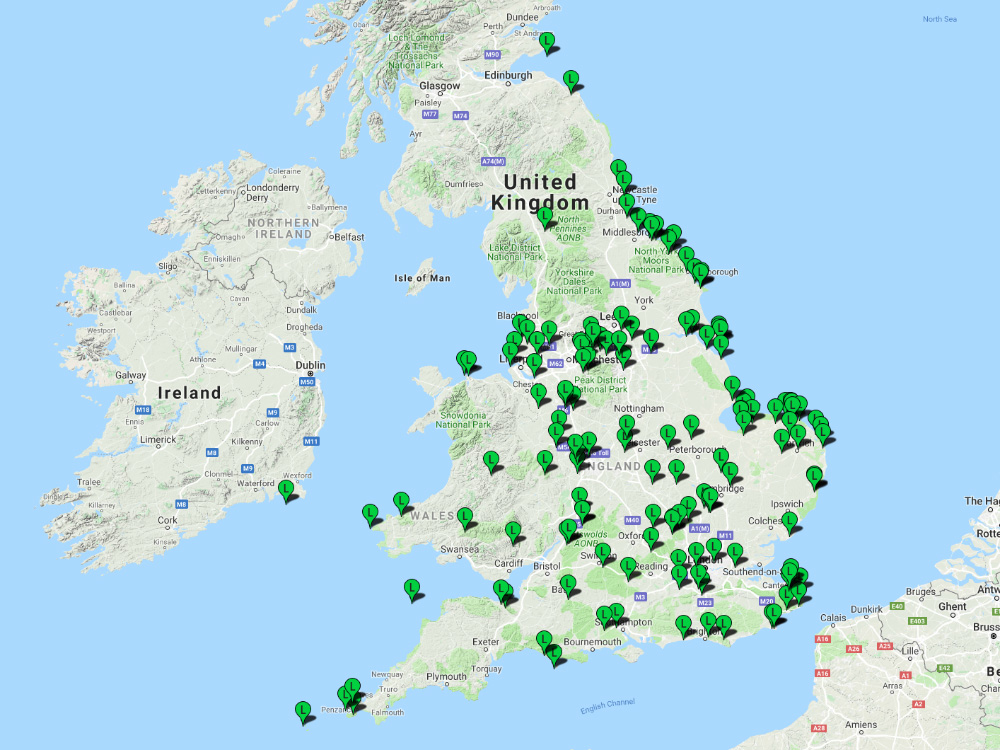 Ring Ouzel sightings across Britain and Ireland, 4-10 April 2018. Note that there were only two reports from southern Scotland (BirdGuides.com data).

A single White-billed Diver was still off Eoligarry, Barra, with another off Cava, Orkney, on 8th. An astonishing 24 were off Portsoy, Aberdeenshire, on 8th, with smaller numbers seen on other dates between here and Portknockie, Moray. Another was seen to the west off Lossiemouth, Moray, on 9th.

The often dank and dreary conditions once again produced a strong passage of Common Scoter across the interior of England, primarily across the Midlands but also further north, between the coasts of Lancashire and Yorkshire. The drake Black Scoter reappeared off Holy Island, Northumberland, from 6th and actually showed well. The group of Surf Scoter at Balbriggan, Co Dublin, increased to six, including five drakes, on 6th. Two were off Gullane Point, Lothian, on the same date, with one also nearby off Musselburgh, two off Porthpean, Cornwall, and two off Rosslare, Co Wexford, plus a single still in Co Clare. A drake King Eider was at Tresta, Shetland, on 9th, while the female remained at Dunmanus, Co Cork. The only remaining American Wigeon was the bird at Rutland Water, which has been at the reservoir since August 2017. Eight Green-winged Teal were noted, including new drakes at Pennington Flash, Manchester, on 8th and Ham, Highland, on 4th. Seven Ring-necked Duck included a new bird at Lower Farm Gravel Pits, Berks, on 6th and the confiding drake still touring sites in Edinburgh, Lothian. The Hooded Merganser on St Kilda, Outer Hebrides, was last seen on 5th – for a gripping finder's account of this bird, see here. 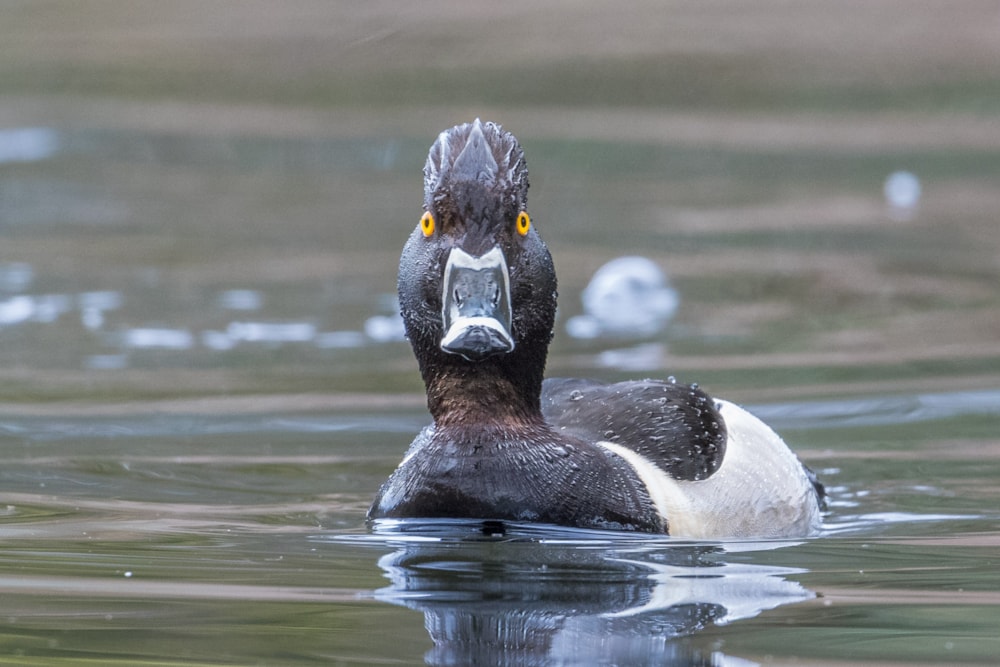 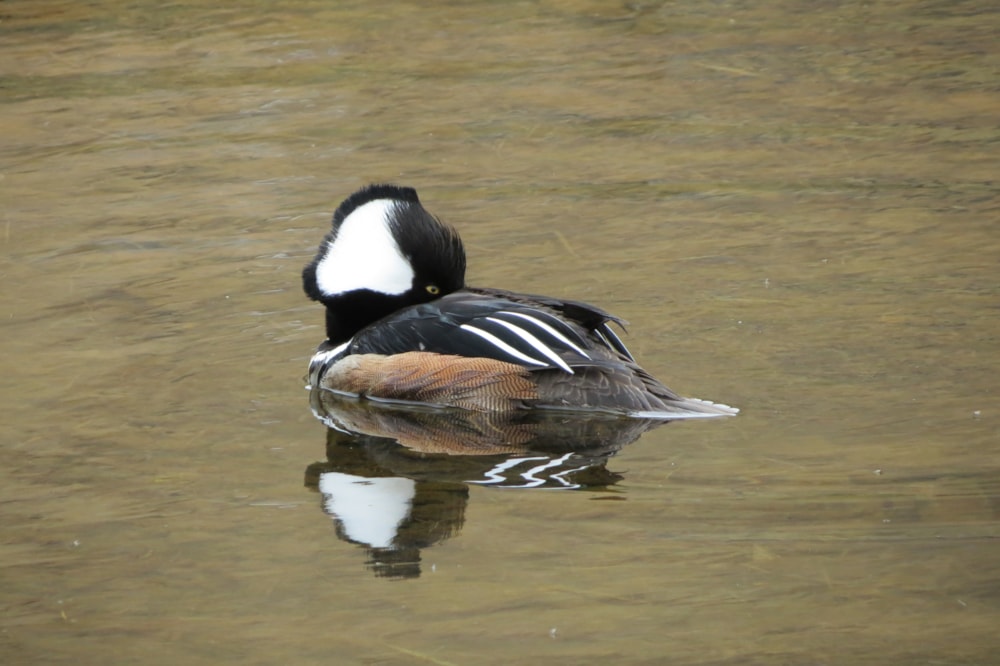 Late news concerned a white-morph Ross's Goose among Pink-feet at Bay of Skaill, Orkney, on 31 March, having been present for a month and previously reported as a Snow Goose. Two of this last species were at Brims Ness, Highland, while a Richardson's Cackling Goose was on Tiree, Argyll, on 5th. Black Brant were in Cumbria, East Yorkshire and Essex (two).

A Glossy Ibis arrived at Upton Warren, Worcs, on 10th, with others reported at six further sites around Britain and Ireland. At least a couple of White Storks were touring England, one with blue rings and the other with red, although there were no confirmed sightings of the metal-ringed bird seen last week. Western Cattle Egrets were reported from at least a dozen sites as far north as Lancashire.

An unfortunate discovery was a white-morph Gyr Falcon near Crossmolina, Co Mayo, which later died. Meanwhile, the Snowy Owl lingered at St David's Head to 6th and was later seen flying north past New Quay, Ceredigion, on 8th. 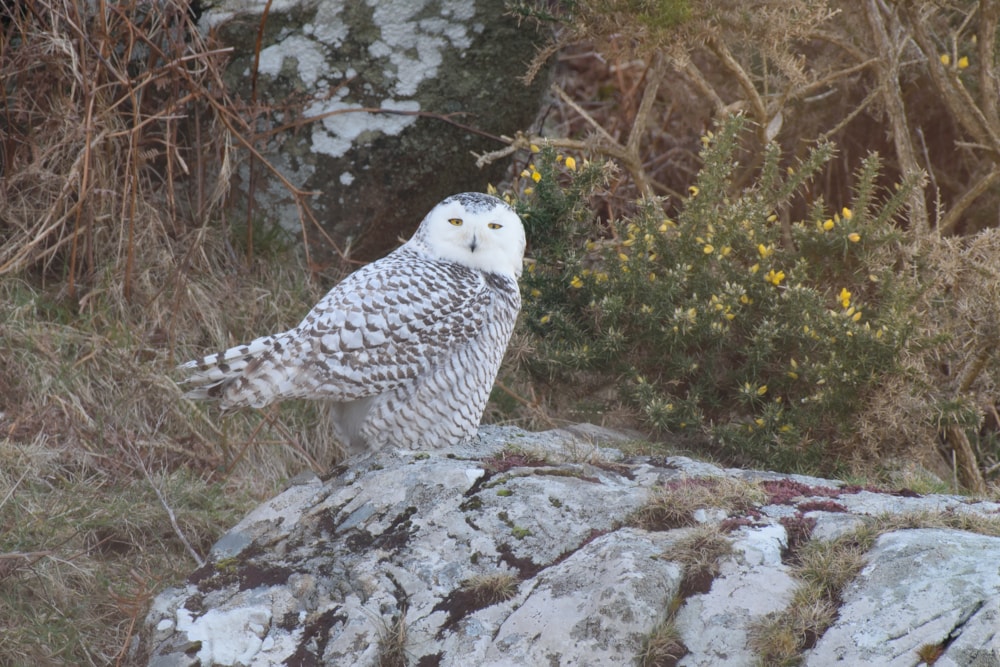 The American Herring Gull continued to frequent the beach at Kilkee, Co Clare, to at least 8th, while the Forster's Tern was at Newtownlynch, Co Galway, on 5-6th. The adult Bonaparte's Gull was again at Longham Lakes, Dorset, from 6th, and is now moulting into summer plumage. Surprisingly, just a single Ring-billed Gull was noted: a first-winter at Crantock, Cornwall, on 7th. Meanwhile, for inland birders, a good run of Little Gulls, Kittiwakes and Sandwich Terns were noted on the move at various waterbodies, with the first Arctic Terns also moving through and Black Terns past Selsey Bill, West Sussex, on 7th and at Shapwick Heath, Somerset, on 10th.

The male White-spotted Bluethroat was again singing at East Halton Skitter, Lincs, on the morning of 5th, while Northumberland's male remained at Newbiggin to 4th. A Black-bellied Dipper was on Foula, Shetland, from 4-9th, with another on Fair Isle from 7th. 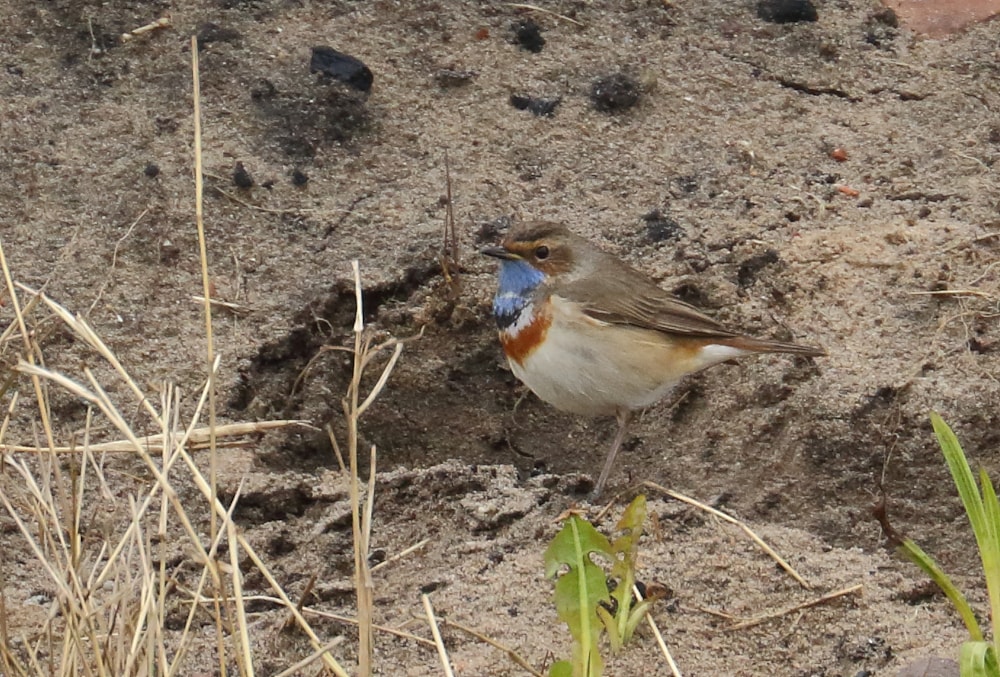 Up to three Coues's Arctic Redpolls remained near Felthorpe, Norfolk, with the Hazlewood Common, Suffolk, bird also still around all week. The Little Bunting at Walthamstow Wetlands, London, was last reported on 5th, with the North Baddesley, Hants, bird still there on 8th and a new individual at Linsiadar, Lewis, Outer Hebrides, from 9th. 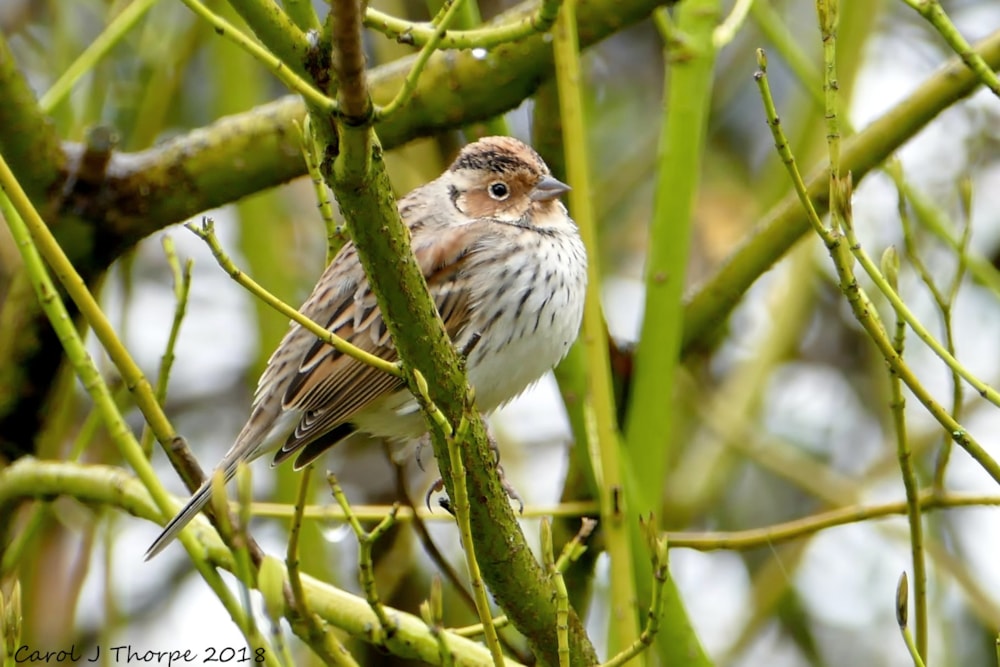 Birders around north-west Europe will be happy that the Black-browed Albatross has returned to Germany for another summer, being seen regularly at Sylt, Schleswig-Holstein, from 4th and visiting Heligoland on 6th.

Another returning bird was the Lesser Flamingo at Kulu Lake near Konya, Turkey, on 5th. The East Siberian Wagtail was still at Phassouri, Cyprus, on 5th and a male Caspian Plover was at Yotvata, Israel, on 10th. The Dwarf Bittern lasted for another week on Fuerteventura, while a Sooty Tern was seen on Raso, Cape Verde. In Mauritania, the Abyssinian Roller continued in Nouadhibou and, nearby, a Pied Crow was seen at Baie d'Étoile. 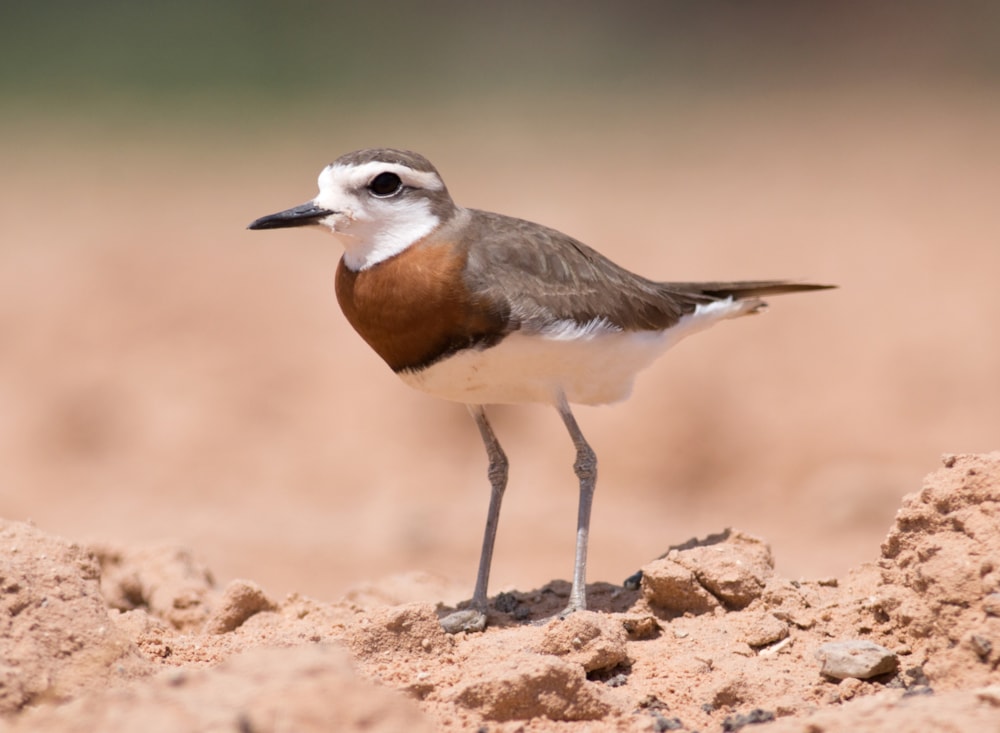 Just the third Red Kite for the Faroe Islands visited Gasadalur on 5th.