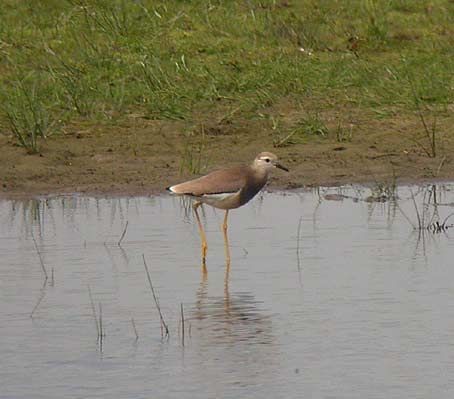 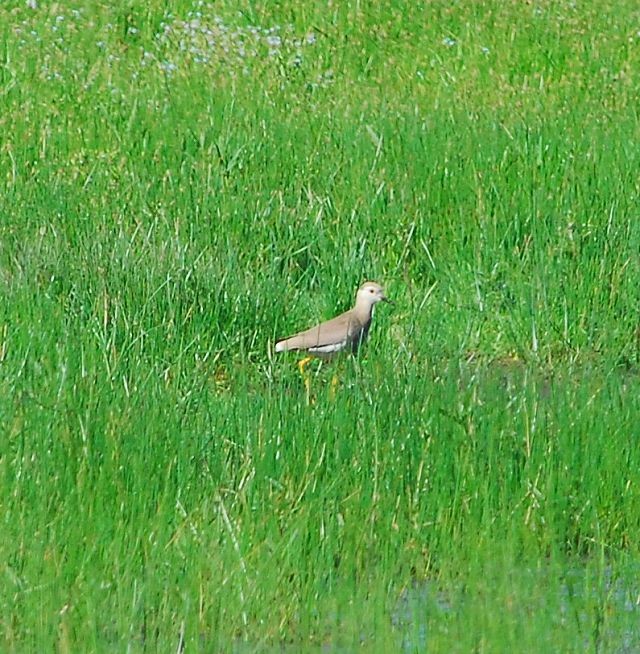 Surprisingly, perhaps, the event of the week (and spring?) was provided by a long-legged wader. This came in the shape of a White-tailed Lapwing (Plover) at Caerlaverock WWT in Dumfries and Galloway from mid-morning on 6th onwards. With previous records comprising a long-staying bird in 1975, followed by brief birds in Dorset in 1979, and Durham and Shropshire in 1984, this is a species that has teased a modern generation of birders for some time now. With a number of records in northwest Europe in recent years it was always expected that one would eventually 'pop' across the North Sea and 'do the decent thing', but this central Asian Vanellus has always had other ideas - until now that is. Recent records in Denmark and Sweden once again raised the possibility and, at last, one has made it. Still present at the time of writing, this will prove to be an exceptionally popular attraction to the WWT reserve should it continue to be as obliging throughout the weekend. 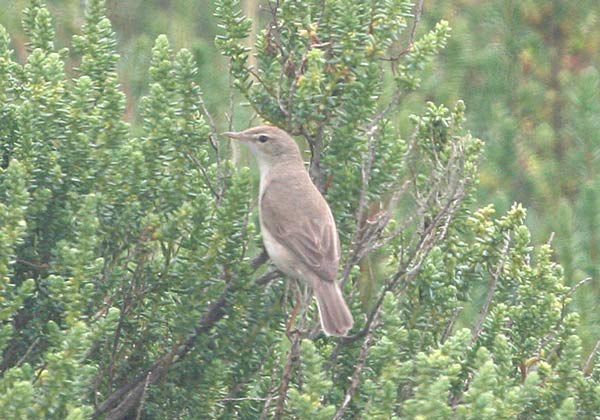 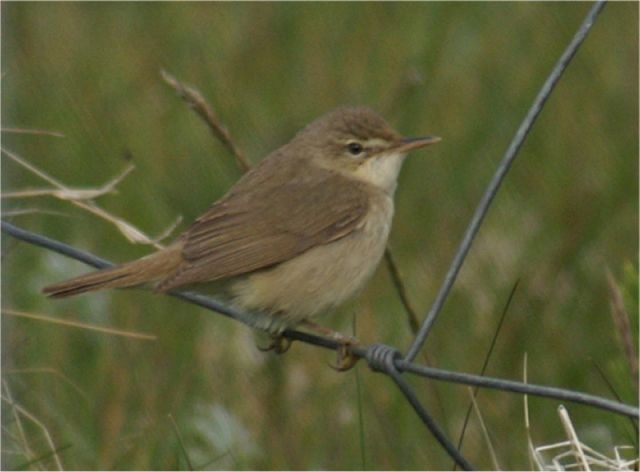 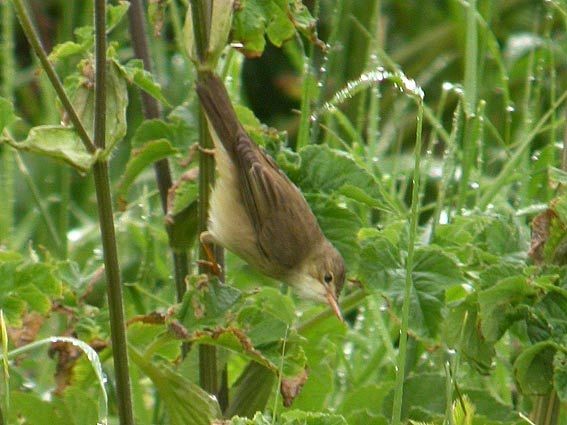 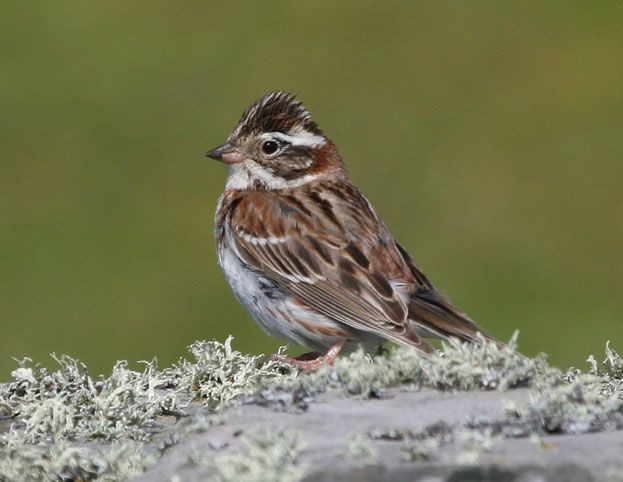 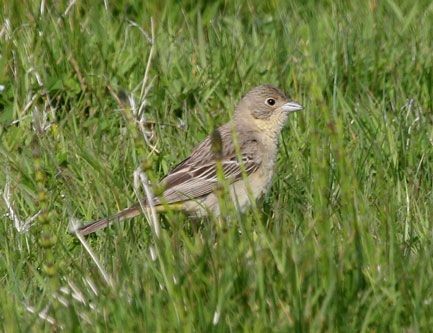 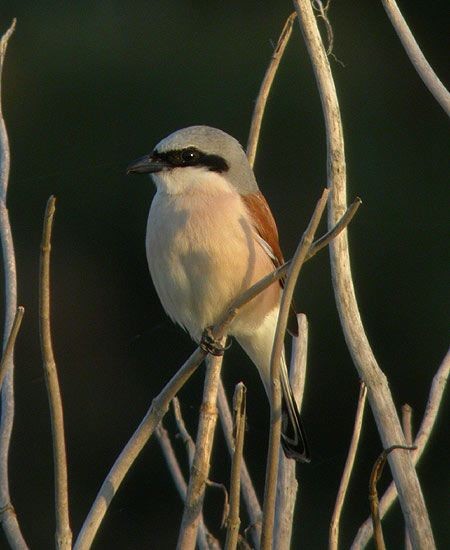 A Dark-eyed Junco on St. Kilda (Outer Hebrides) on 30th was presumably associated with several Nearctic overshoots last week. A Booted Warbler at Blakeney Point (Norfolk) on 2nd was a rare spring sighting and was supported by a good cast of scarcities; unfortunately for mainland birders, though, the majority made landfall on the Northern Isles. Blyth's Reed Warblers were on Unst and Whalsay (Shetland), and there was a Black-headed Bunting on St. Agnes (Scilly) on 5th, with a Black-headed or Red-headed Bunting on Fair Isle (Shetland) from the 1st, where the Lesser Grey Shrike is still present along with a Rustic Bunting. Further Rustic Buntings were at Grutness (Shetland) on 31st and Foveran Links (Aberdeenshire) on 2nd. A Subalpine Warbler was on the Calf of Man (Isle of Man) on 6th, some 25+ Icterine Warblers were noted, nearly all on the Northern Isles including 8 on North Ronaldsay (Orkney), and 15+ Marsh Warblers included one at Carnsore Point (Co. Wexford) and a bird sporting a Norwegian ring controlled on Fair Isle. Nearly 45 Red-backed Shrikes made landfall, including six on Fair Isle and five on Fetlar (Shetland), and five Woodchat Shrikes included one in a garden in Leeds (W. Yorkshire). An Ortolan Bunting was at Marwick (Orkney) on 1st, there were single Wryneck, Hoopoe and Rose-coloured Starling, plus two each of Red-breasted Flycatchers and Bluethroats. Eight migrant Golden Orioles were well distributed, as were a number of Bee-eaters, including one on Fair Isle, and Common Rosefinches were into double figures. The dependable Iberian Chiffchaff remained at Colney (Norfolk) and Red-rumped Swallows were at Finedon (Northants) on 1st and Ventnor (Isle of Wight) on 2nd. 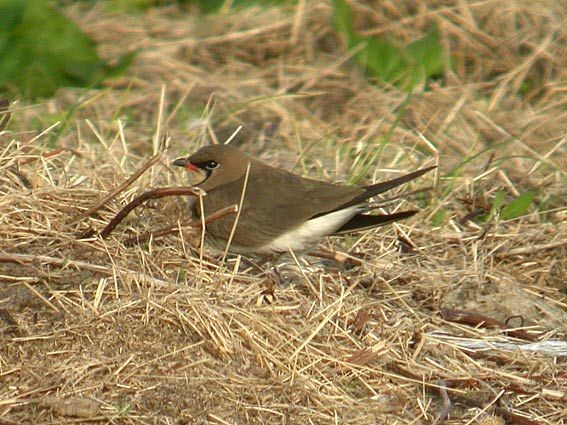 
There was a good array of waders, in addition to the White-tailed Lapwing, found during the week. A Collared Pratincole at Annagh Head (Co. Mayo) from 5th onwards was the second for Ireland. Elsewhere, Lincolnshire accommodated the elusive Greater Yellowlegs at Gibraltar Point to the 1st and a Spotted Sandpiper frequented Messingham Sand Quarry on the 31st. A Black-winged Stilt was at Pannel Valley NR (E. Sussex) on 5th, the Baird's Sandpiper was on Tiree (Argyll) to the 31st, with the Broad-billed Sandpiper at Saltholme Pools (Cleveland) to the 1st, plus the long-staying Killdeer remained in Shetland. Two Buff-breasted Sandpipers were at Rattray Head (Aberdeenshire) from 31st to 1st, a Red-necked Phalarope was at Martin Mere (Lancs) from the 4th onwards and one was on Benbecula (Outer Hebrides) on 6th. A Dotterel was at Marshchapel (Lincs) on 1st and four were at The Ayres NNR (Isle of Man) on 5th. A Kentish Plover was at Dawlish Warren (Devon) on 31st and another at Rue Point (Isle of Man) on 4th, plus three passage Temminck's Stints were noted along with Pectoral Sandpipers in Argyll and Angus and Dundee. 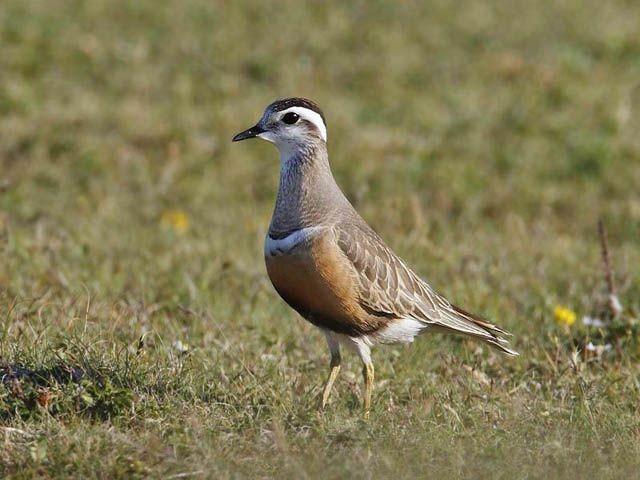 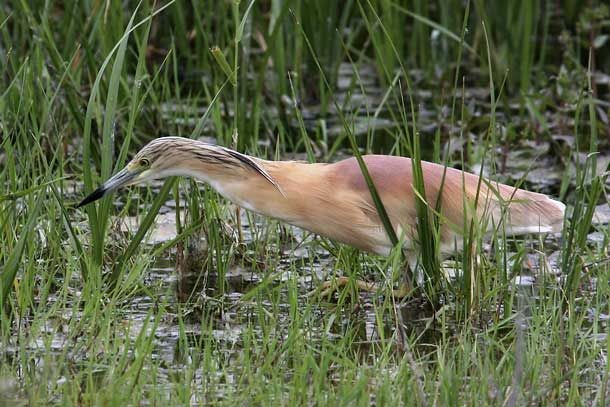 The Black-browed Albatross was on Sula Sgeir (Outer Hebrides) on 3rd, with it, or another, seen in the North Sea two hours out from the Hook of Holland on the 1st. The Little Crake remained on Unst (Shetland) as did the Scops Owl at Thrupp (Oxon). The Eagle Owls continued to perform well at Dunsop Bridge in Lancashire. The glut of Squacco Herons continued with the obliging bird at Erith (London) leading the way, though others were in Kent, at Nickoll's Quarry on 2nd and Oare Marshes on 3rd and 5th, plus one was at Radipole Lake (Dorset) on 6th and another at Eyebrook Reservoir (Leics) the same day. The only one of several Great White Egrets to linger was at Tophill Low (E. Yorks) from 5th onwards; a Night Heron was over Santon Downham (Suffolk) on the 1st, and the Glossy Ibis remained in Lancashire. A Black Stork was reported in Norfolk on 5th, a White Stork was seen in Northamptonshire, and several Purple Herons included at least one bird still at Minsmere (Suffolk) and two over Hastings CP (E. Sussex) on 1st. In the Outer Hebrides the Snowy Owl continued on North Uist, and a Red-footed Falcon passed over Drums (Aberdeenshire) on the 3rd. A Laughing Gull was briefly at Dungeness (Kent) on 6th and scarce ducks were represented by the Ring-necked Duck at Avonmouth (Somerset) and a Surf Scoter in Lunan Bay (Angus and Dundee). 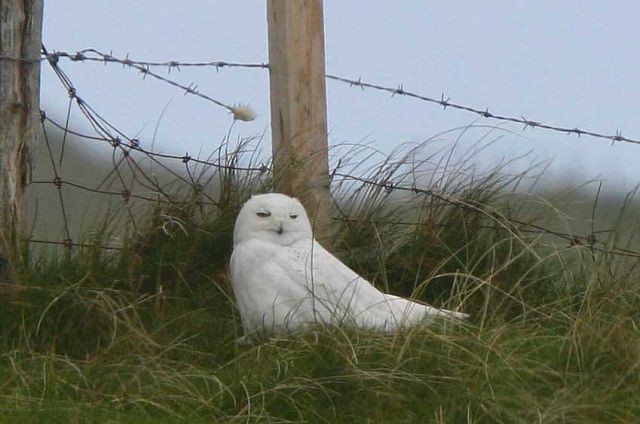 David Brown has managed to take a high-quality portrait of a species normally captured in record shots. Wood Sandpipers tend to move constantly, yet this bird looks as though it's been carefully posed to show off its elegant form in soft lighting and a complementary setting. 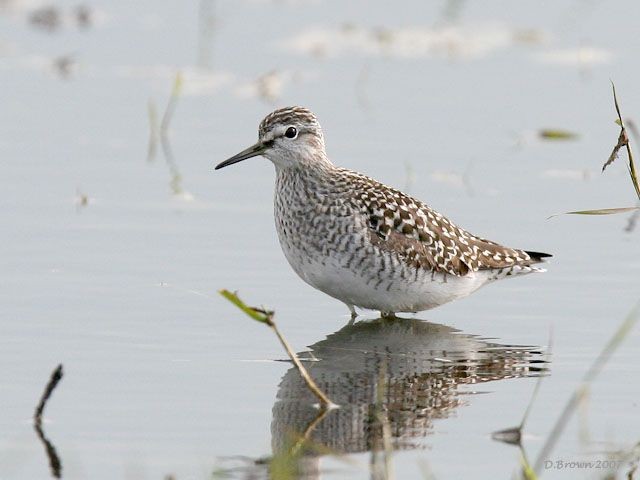 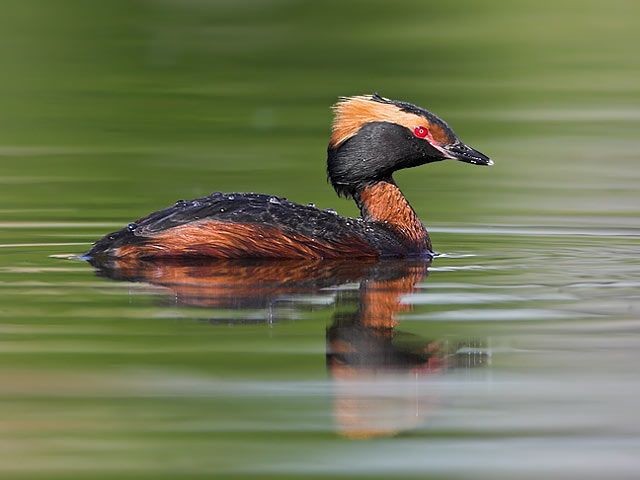 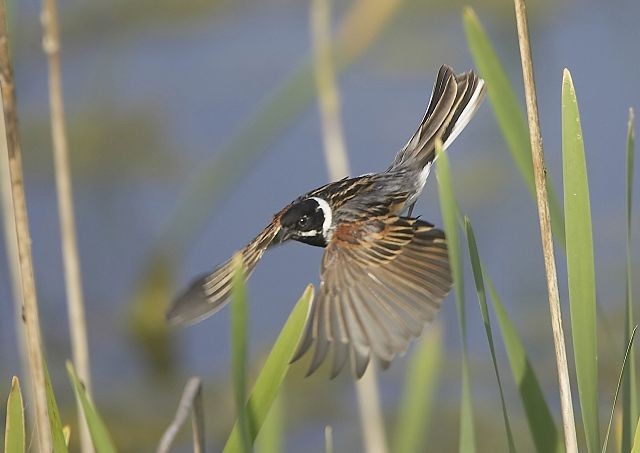 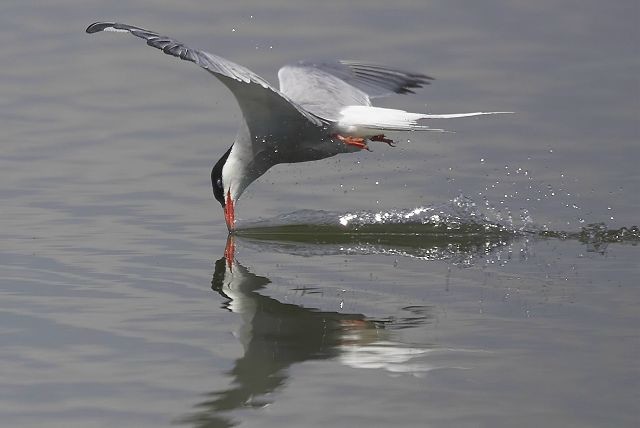 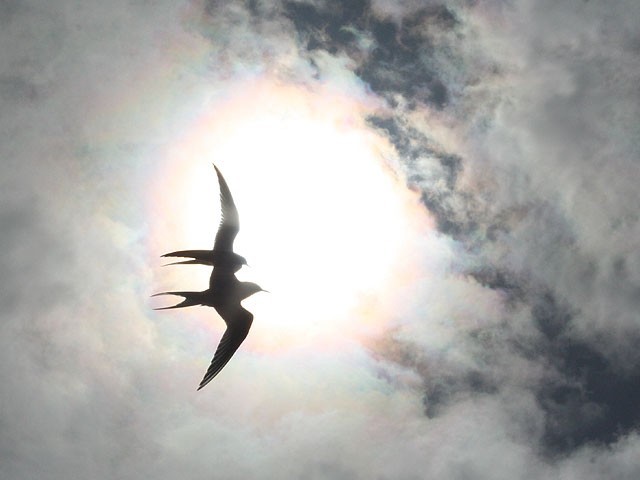 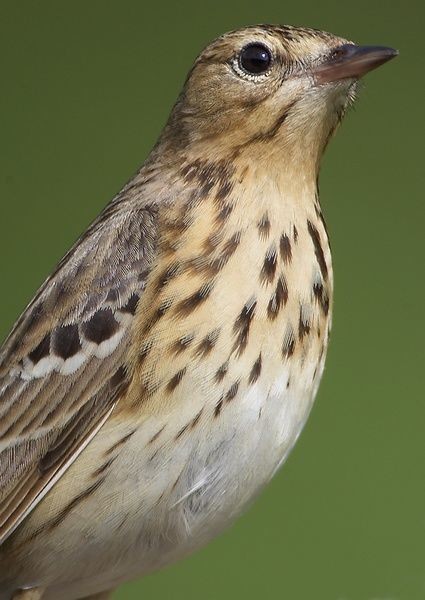