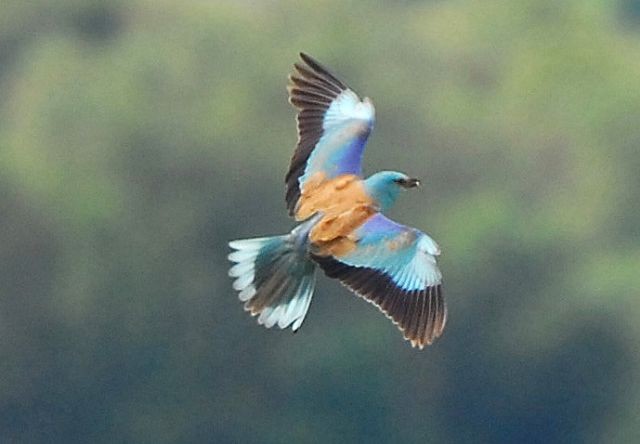 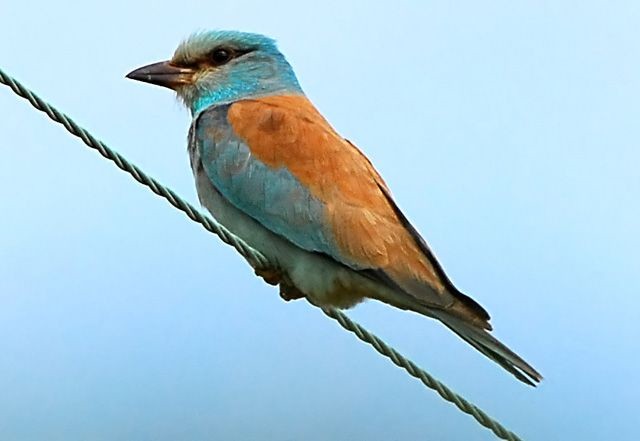 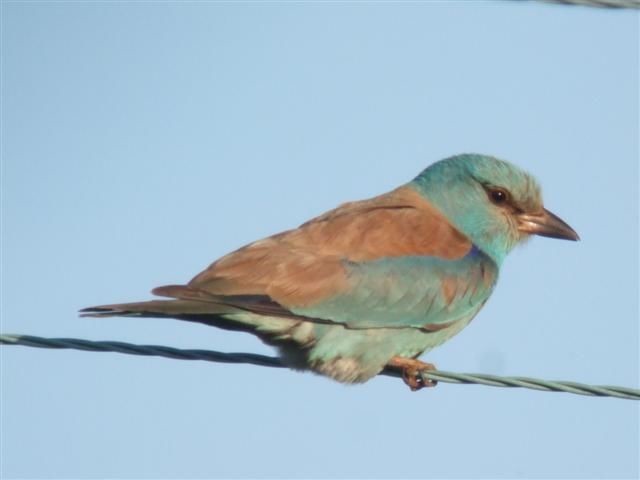 News of another (or the same?) Roller in Wales took the honours this week, with one present to the 7th at Bryn on the Gower Peninsula. More obliging than the two other reports this summer, this bird was well watched and photographed during its stay. A male Red-breasted Flycatcher on Dursey Island (Co. Cork) on 7th was an early find and an Aquatic Warbler was reported from Hope Point (Kent) the same day, as was a Wryneck at Broadway (Worcs). The Lesser Grey Shrike remained on Fair Isle (Shetland) and an Alpine Swift passed over Caergwrle (Clwyd) on 5th. A warbler in Manchester city centre for much of the 2nd created all sorts of debate as to its identification, with many observers considering the bird to be an Eastern Olivaceous Warbler, though subsequent debate has suggested that it was in fact a Reed Warbler. 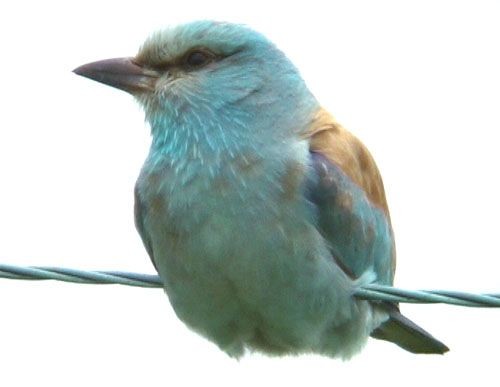 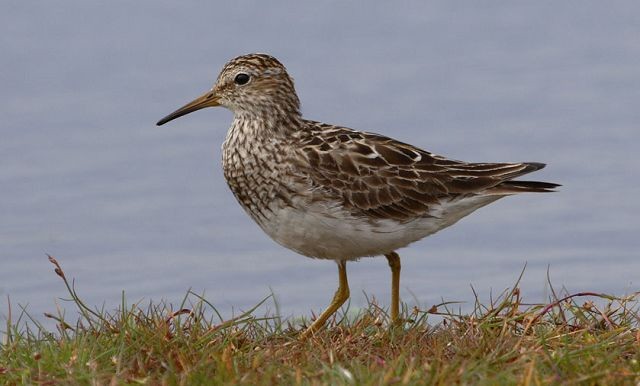 As would be expected waders continued to feature well, the pick the first Marsh Sandpiper for Oxfordshire: a juvenile, at Abingdon on the 3rd and 4th and then Farmoor Reservoir on 5th. A Spotted Sandpiper was at Doonbeg (Co. Clare) on 4th and 5th and another at Chew Valley Lake (Somerset) from 7th onwards. The Hudsonian Whimbrel remained at Walney Island (Cumbria) to at least the 5th, the Long-billed Dowitcher continued its stay at Shannon (Co. Clare) and the Buff-breasted Sandpiper remained on North Ronaldsay (Orkney) to the 2nd. The Loch of Strathbeg (Aberdeenshire) accommodated both Temminck's Stint and Pectoral Sandpiper and another 'Pec' was on Fair Isle on 3rd. A White-rumped Sandpiper was at Frodsham Marsh (Cheshire) on 8th, a Grey Phalarope was reported from Loch Ryan (Dumfries and Galloway) on 7th and four Kentish Plovers were at Ferrybridge (Dorset) on 2nd, with another reported from Kenfig (Glamorgan) the same day and two at Pegwell Bay (Kent) on 8th. 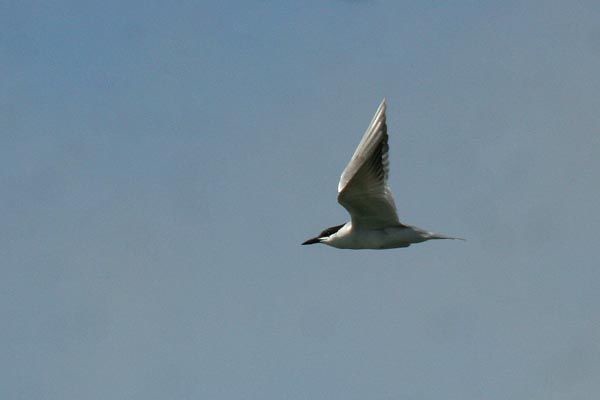 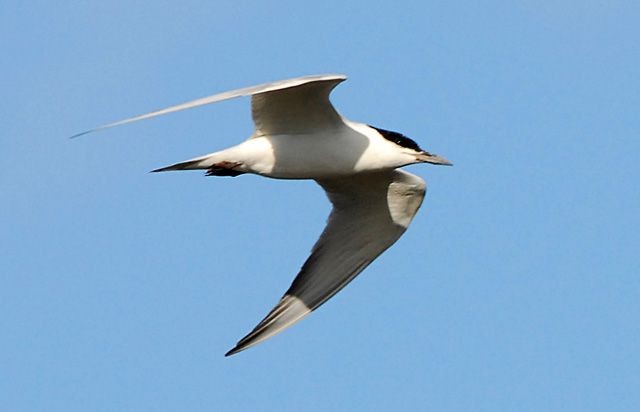 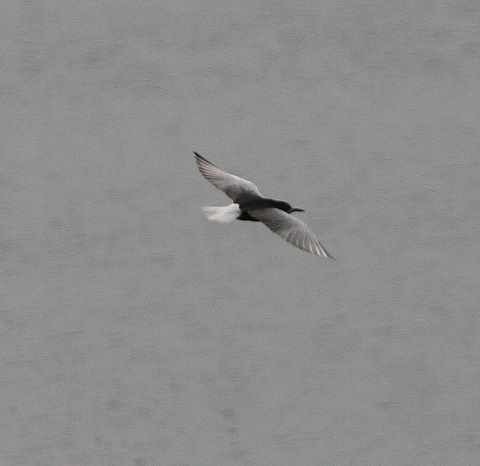 A Gull-billed Tern was a good find at Ynys-Hir and Ynyslas (Ceredigion) on 3rd and 5th to 7th, whilst there were White-winged Black Terns at East Chevington (Northumbs) on 5th and Langstone Harbour (Hants) on 7th. A 1st summer Laughing Gull at Exmouth and Topsham (Devon) from 3rd onwards was presumably the returning bird from the spring and an adult Bonaparte's Gull was briefly at Whitburn (Durham) on 3rd and the 1st-summer remained on South Uist (Outer Hebrides). Seawatchers continued to face lean times, though pelagic trips from the Isles of Scilly notched up Wilson's Storm-petrels on several dates, with two on the 3rd, one on 5th and three on 6th, whilst land-based observers on 5th logged singletons passing the Bridges of Ross (Co. Clare) and, more notably, Strumble Head (Pembrokeshire). An adult Sabine's Gull passed Flamborough Head (E. Yorks) on 2nd with it, or another doing likewise off Filey Brigg (N. Yorks) on 8th. Small numbers of Cory's Shearwaters passed Porthgwarra (Cornwall) and another was reported passing Sker Point (Glamorgan) on 2nd and there were single Great Shearwaters past Galley Head (Co. Cork) on 4th and from the Scilly pelagic on 5th. Peak Balearic Shearwater counts were off Porthgwarra, with 51 on 3rd and 47 on 4th, and three Long-tailed Skuas were noted: singles in Fife, Outer Hebrides and Anglesey. 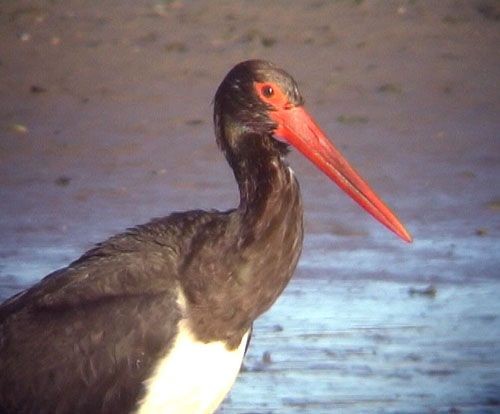 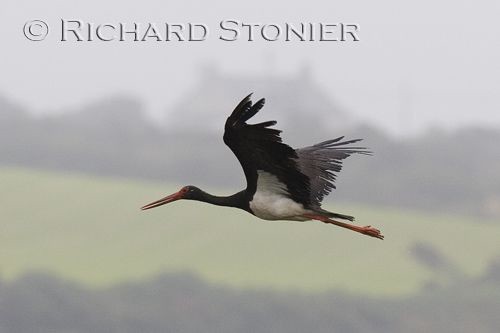 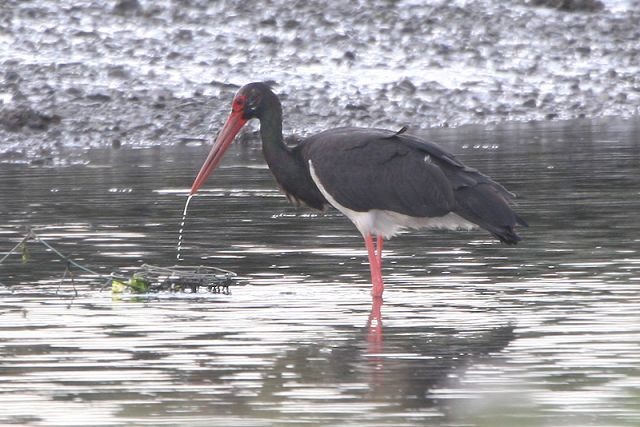 The Black Stork continued to entertain visitors to Anglesey to the 7th, when it was last reported at Valley. Another Black Stork passed over Liddington Hill (Wilts) on the 6th, with it, or another, presumably responsible for sightings in Dorset on 7th and then Devon and Cornwall on 8th. In Co. Antrim the Squacco Heron remained at Lough Beg as did the 1st-summer Glossy Ibis at Marshside (Lancs). A Great White Egret was at Coalhouse Fort (Essex) on 8th and a Spotted Crake at Chew Valley Lake (Somerset) the same day. A female Red-footed Falcon passed over Sandwich Bay (Kent) on 5th and the Black Kite remained at Nocton Heath (Lincs), whilst others were reported briefly in Kent, London and Cleveland. The apparent female or immature Redhead was present at Kenfig Pool (Glamorgan) to the 3rd, and the Ferruginous Duck remained at Chew Valley Lake as did the Ring-necked Ducks in Somerset and Fife, plus two drake Surf Scoters were still present off Blackdog (Aberdeenshire). 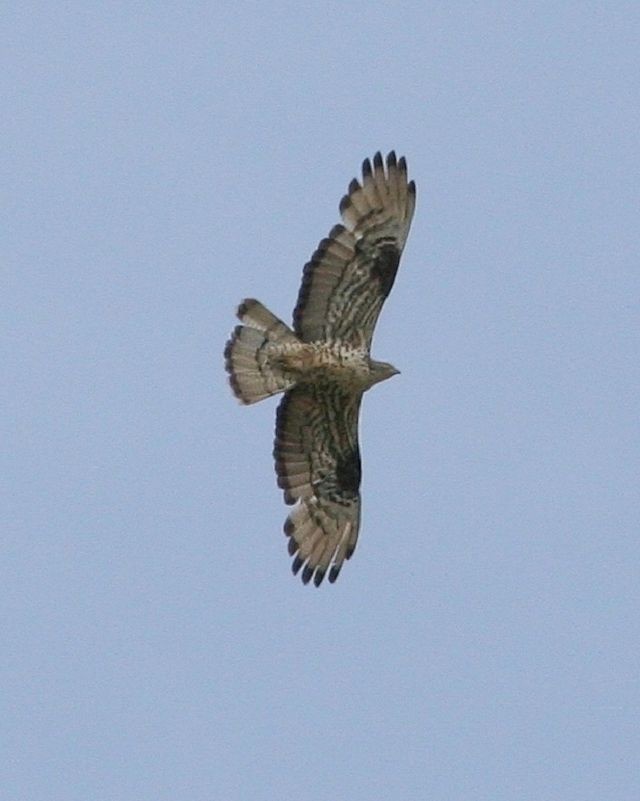 Sean's photo of a young Golden Plover appeals on several levels. As well as having instant appeal as a 'cute' image, it shows the unique golden colour that gives this species its name. It's also interesting to see this species at the point of transition between juvenile and mature plumages. Aesthetically, the bird is beautifully outlined against the rippled water and, compositionally, the off-centre placement of the subject gives it space to 'look into' the frame. 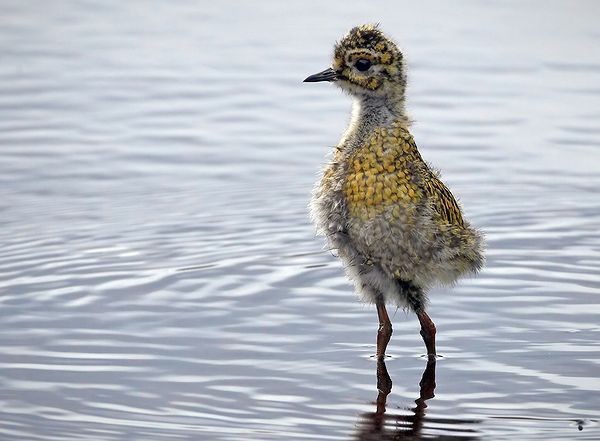 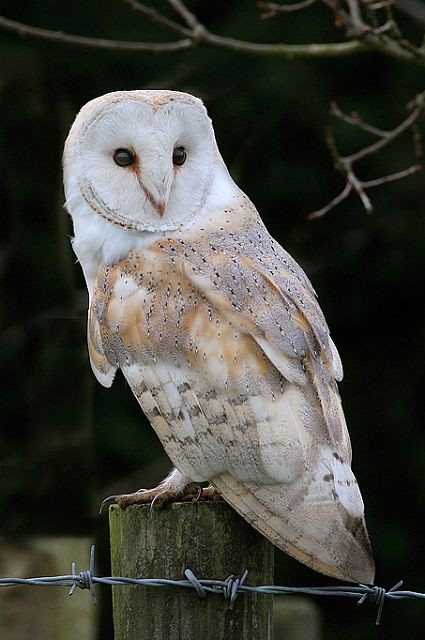 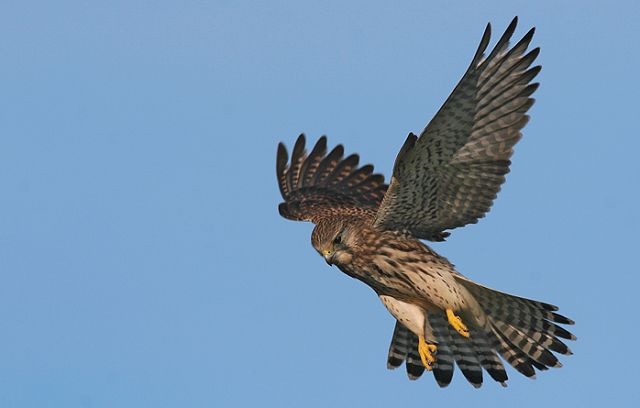 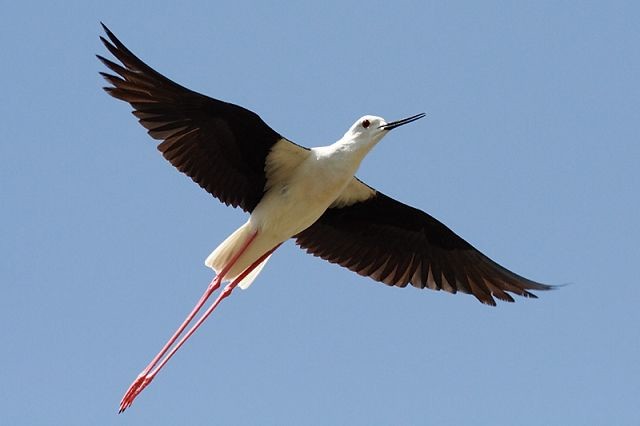 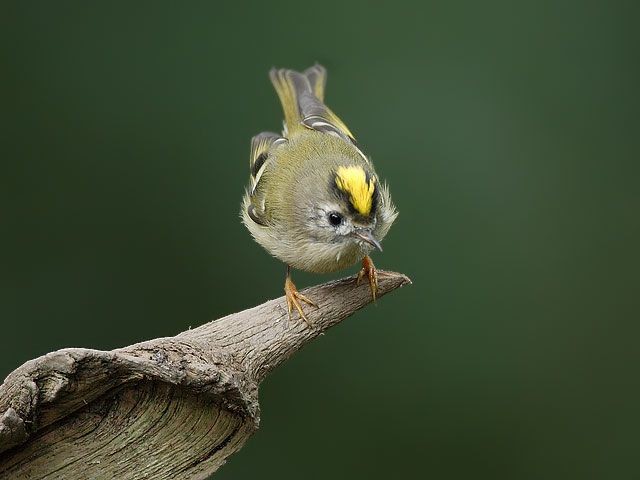 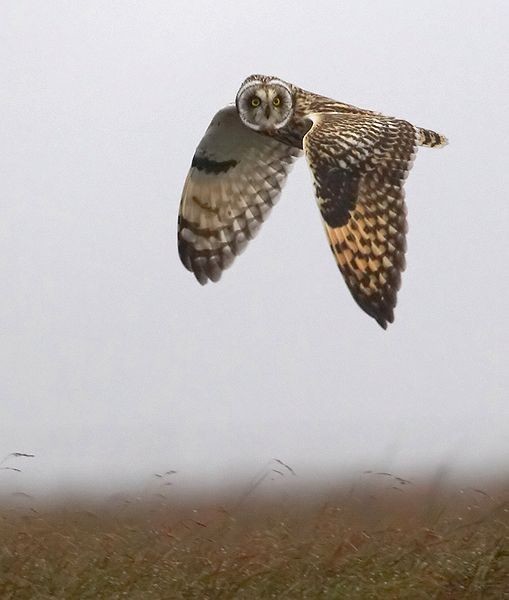 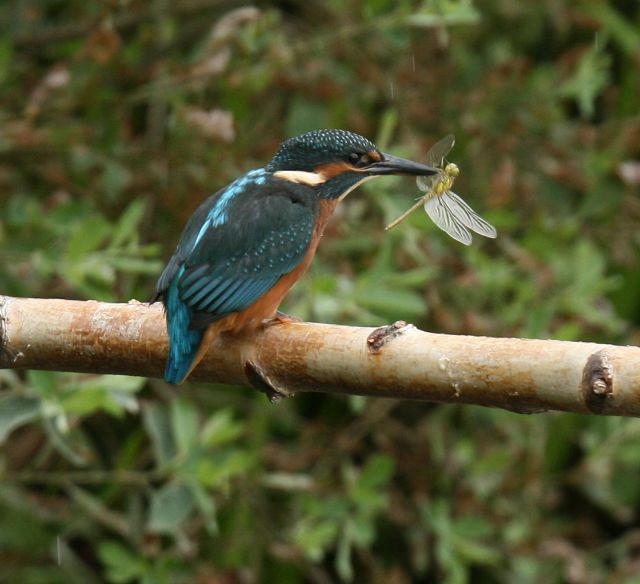 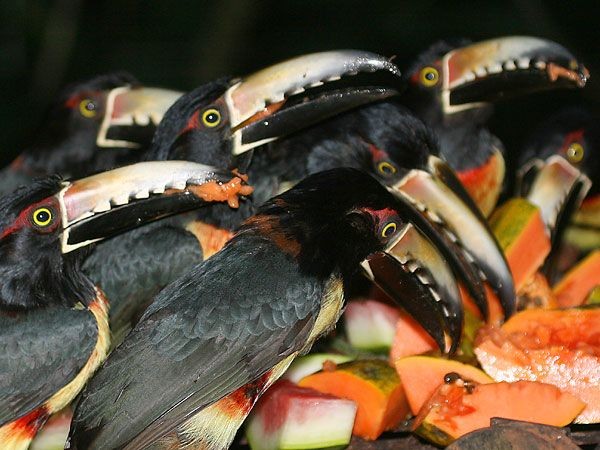