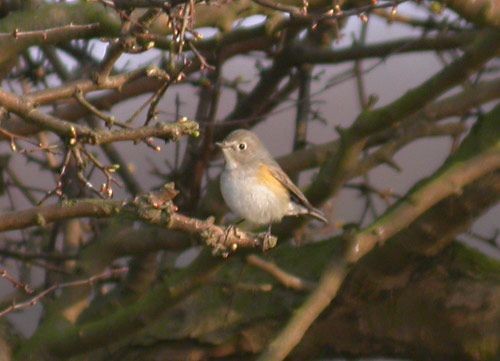 A 1st-winter Red-flanked Bluetail found late on 31st March at Easington (E. Yorks) no doubt solved 'where to go' for many birders the following day. It showed well for a few hours, but quashed plans for many when it was found dead, a sad end for a fine bird. Another Red-flanked Bluetail was found on Out Skerries (Shetland) on 2nd and 3rd. Traditionally an increasingly regular autumn vagrant, there have been just two previous spring records, one on Holy Island (Northumberland) on 23rd April 1995 and another on Fetlar (Shetland) from 31st May to 1st June 1971. With the upturn in autumn sightings, perhaps more spring records can be expected in years to come. 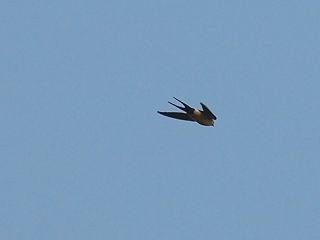 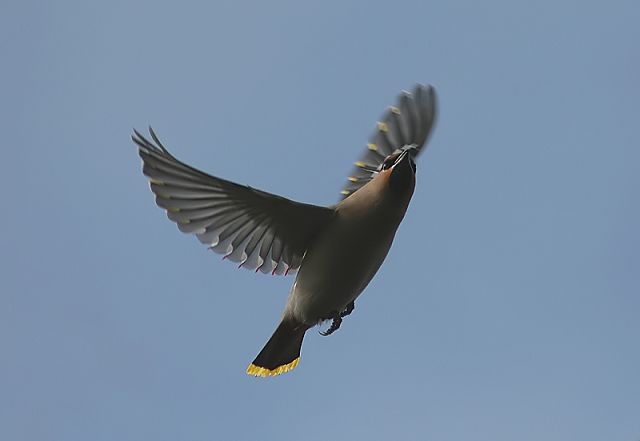 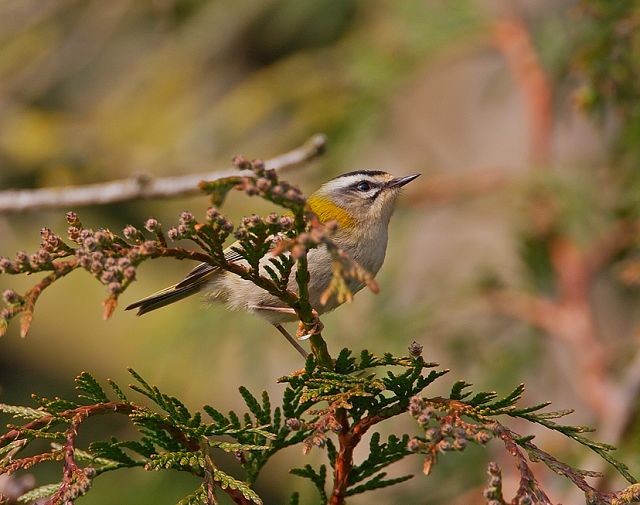 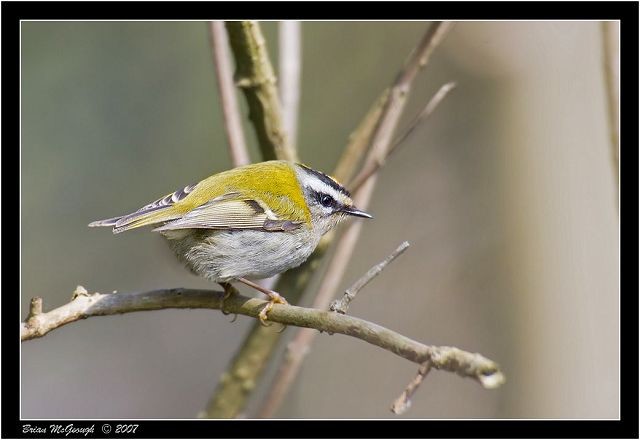 A Red-rumped Swallow was at Brogborough Lake (Beds) from 30th-1st and a Serin was at Heacham (Norfolk) from 2nd-4th, on which date another female was at Hengistbury Head (Dorset) briefly. The male Little Bunting remained at Amwell GPs (Herts), as did the Dusky Warbler in Newquay (Cornwall). There were just two of the winter's Yellow-browed Warblers left, with one at Penzance (Cornwall) and the other at Southwick (W. Sussex) and four Siberian Chiffchaffs were still present. Seventy Waxwings included up to 37 still at Longforgan (Perth and Kinross) and four Great Grey Shrikes comprised long-staying individuals at Grimes Graves (Norfolk), Ogston Reservoir (Derbyshire), Parkend (Glos) and Edderton (Highland). Seven Lapland Buntings included four still at Flamborough Head (E. Yorks) and three at Cowbar (Cleveland) and small numbers of Shore Lark remained along the north Norfolk coast, with others at Cresswell (Northumbs) and Reculver (Kent). A scattering of Firecrests included a mix of inland and coastal birds, the latter penetrating as far north as Northumberland and Durham. 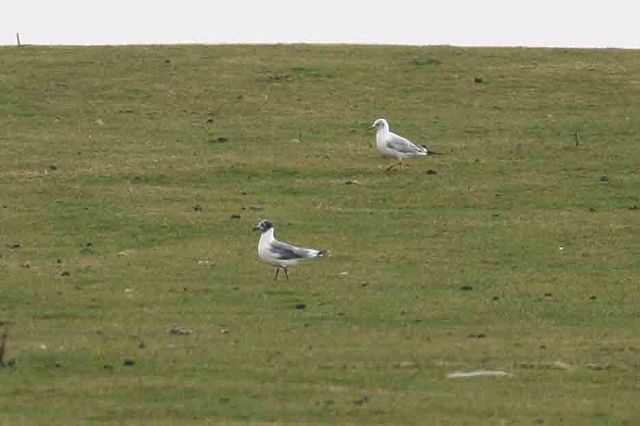 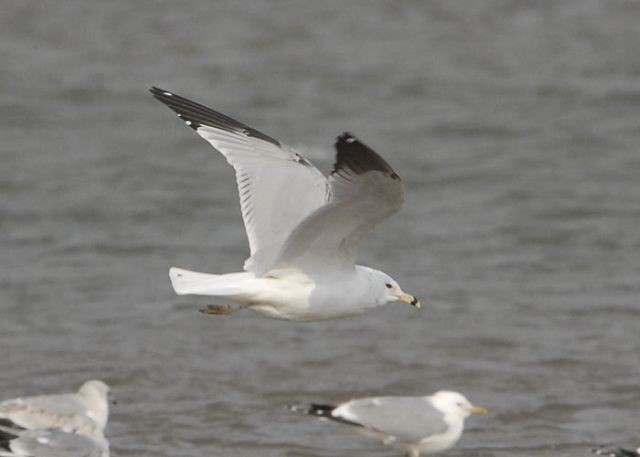 An adult Franklin's Gull was at Crowdy Reservoir (Cornwall) from 1st-4th and the 1st-winter Laughing Gull remained at Countess Weir (Devon). An American Herring Gull was at Killybegs (Co. Donegal) and others remained in Cornwall and Lewis (Outer Hebrides). Good numbers of Kumlien's Gulls included four at Culmore Dump (Londonderry) and diminishing numbers of Iceland Gulls included 16 each at Killybegs (Co. Donegal) and Culmore Dump (Londonderry). Eighteen Ring-billed Gulls were found, the vast majority in Ireland, with up to seven at Sandymount (Dublin). A Forster's Tern was again off Galway (Co. Galway) on 31st and the sole White-billed Diver was off Lewis (Outer Hebrides). 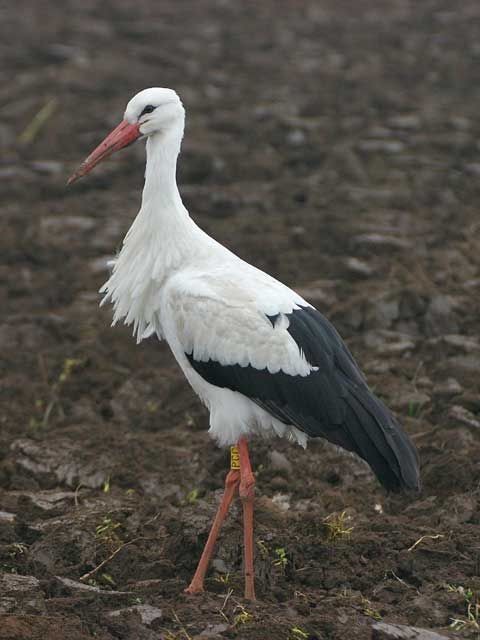 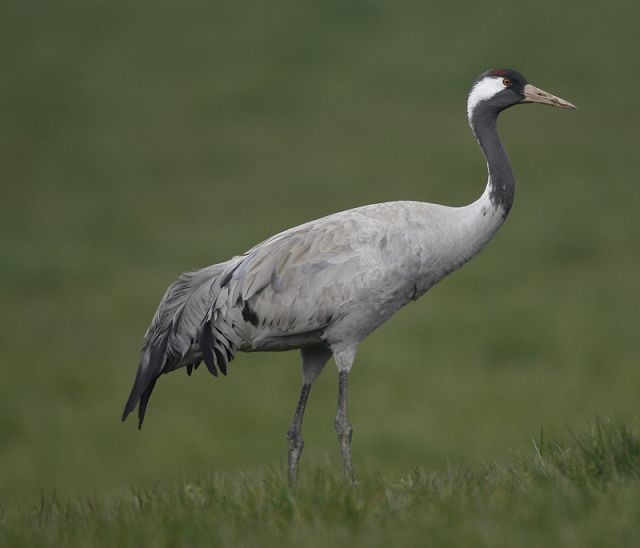 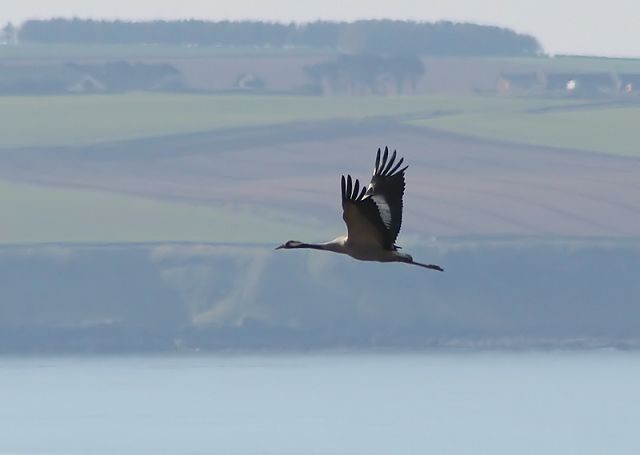 A Snowy Owl at Loch Paible, North Uist (Outer Hebrides) on the 4th was presumably one of the Lewis birds, whilst the sole Rough-legged Buzzard was one at Colt Crag Reservoir (Northumberland) on 2nd. The Black-eared Kite lingered on in Norfolk and an eagle species, possibly White-tailed Eagle, was reported over Budby Common (Notts) on 31st. A Cattle Egret was at Holland Haven (Essex) on 2nd and the bird remained at Otter Estuary NR (Devon), as did the Night Heron on St. Mary's (Scilly) and the Glossy Ibis at Warton Marsh (Lancashire). The Great White Egret remained at Loch of Banks (Orkney) to the 1st and another was at Lytchett Bay (Dorset) on 4th. The Common Crane remained at Cropredy (Oxon) until the 2nd and several other birds were reported, whilst the yellow-ringed White Stork moved between Yorkshire and Cleveland, with presumably another in Durham. A dozen Spoonbills included flocks of three each in Devon and Dorset. 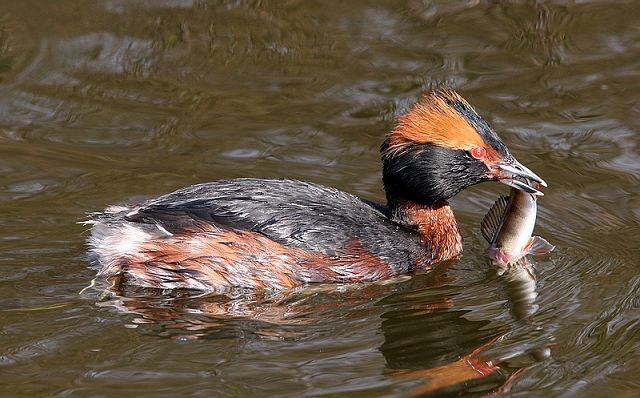 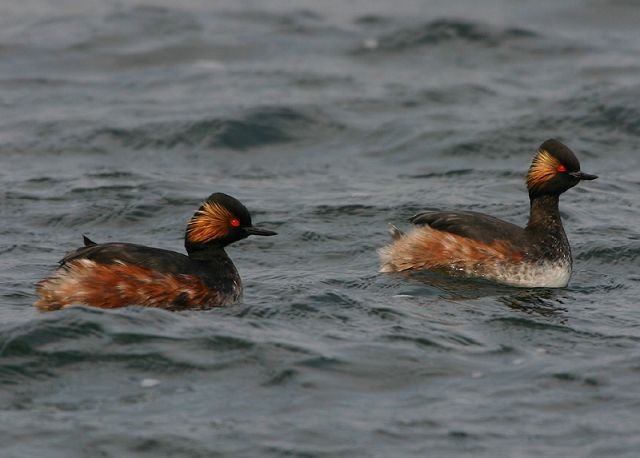 A Wilson's Phalarope was reported briefly from Slimbridge (Glos), where the Temminck's Stint also remained in residence. The Spotted Sandpiper remained on the Hayle Estuary (Cornwall) as did the Grey Phalarope at Cross Ness (London). Four Long-billed Dowitchers remained on offer, with long-stayers still in Anglesey, Co. Louth, Essex and Kent. 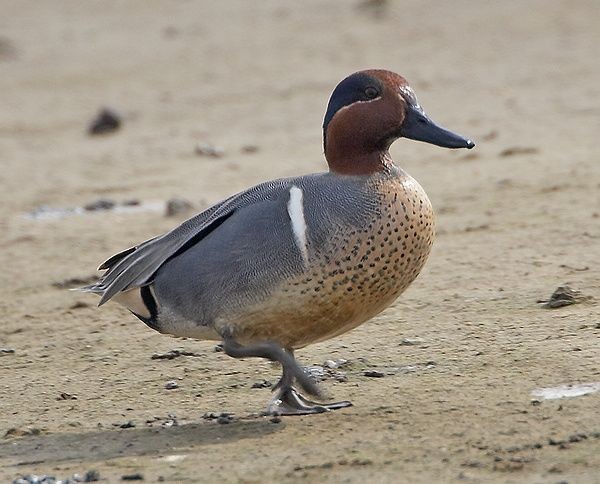 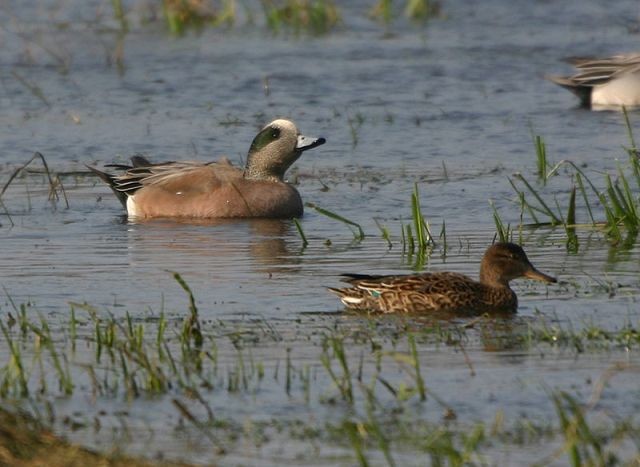 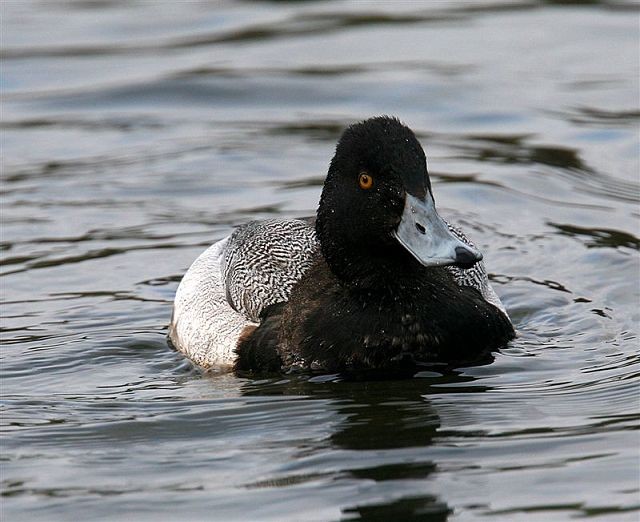 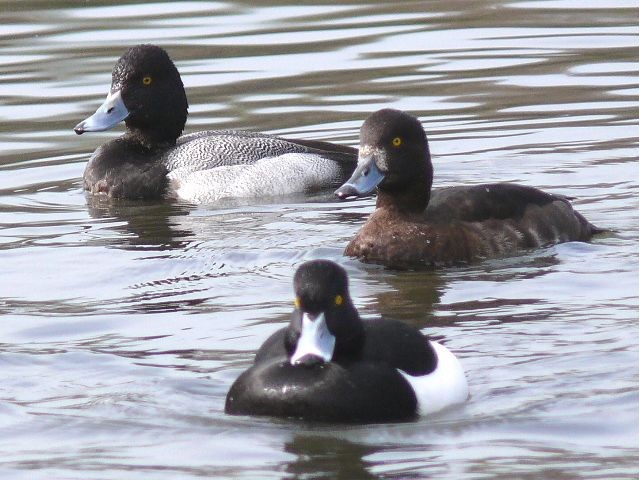 The Barrow's Goldeneye continued in Forth and the Black Scoter remained off Llanfairfechan (Conwy). Four Lesser Scaup included two on Benbecula (Outer Hebrides), the first for Lothian in Edinburgh and the mobile Somerset drake. Scarce duck numbers dropped compared to last week, with just eight Ring-necked Ducks, 10 Green-winged Teal, two American Wigeon and two Surf Scoters. The two Red-breasted Geese in Norfolk were present at Snettisham and four Black Brants were present between Lincolnshire and Suffolk. 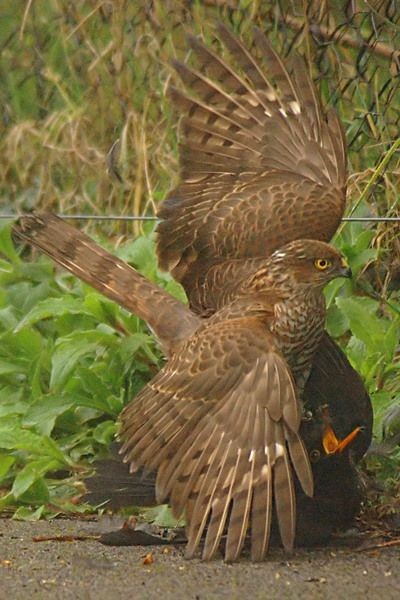 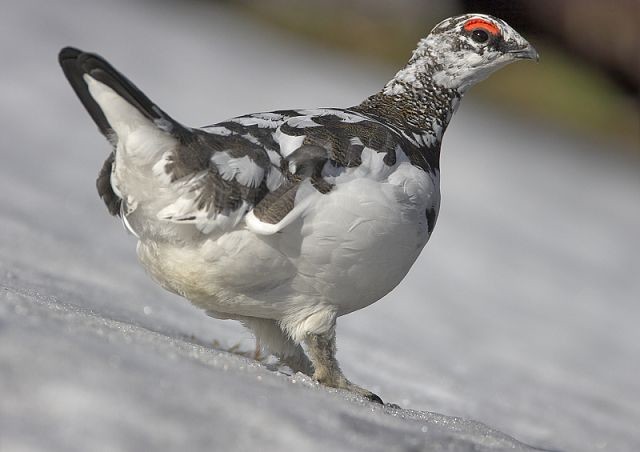 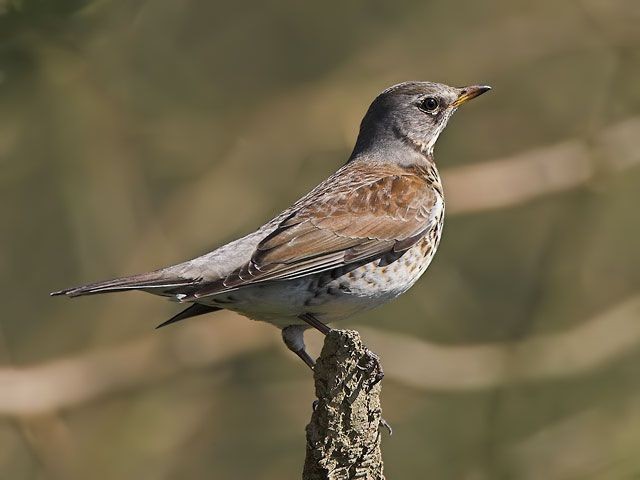 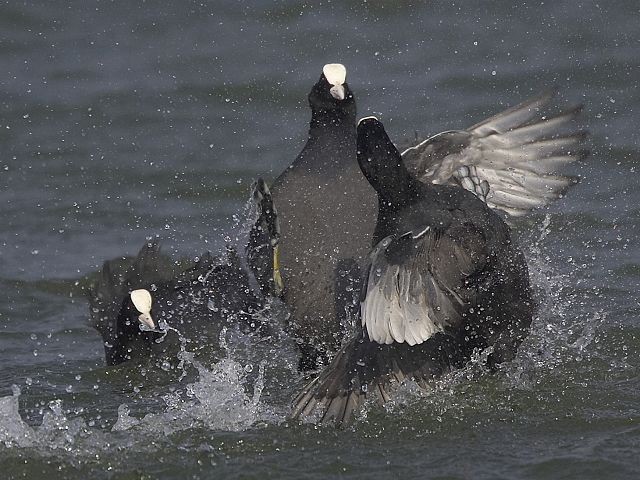