No prizes for guessing the highlight this week, albeit one that got away. On 1st July the incredible news broke that an albatross had been picked up exhausted at Brean in Somerset on 29th June. It was recuperated overnight and released back at Brean Down on 30th June and not only that but it had been photographed and captured on video. From the photographs and video it quickly became clear that it was an immature Yellow-nosed Albatross, potentially the first for Britain. In a further twist it then became apparent that the same species had been photographed off the Norwegian coast c.1100 miles to the northeast at 15:00 on 28th June. If accepted these will be only the second and third records for the Western Palearctic. It is possible that this species, which breeds no closer than Tristan da Cunha the South Atlantic, may have arrived in the northern hemisphere in some numbers this year as an adult was picked up exhausted in New England, USA on 28th April.

Perhaps spurred on by the possibility of a passing albatross, seawatchers continued to record good numbers of seabirds in the south and west. Two Wilson's Petrels passed Bridges of Ross (Co. Clare) on 4th and Cory's Shearwaters were reported from Cornwall, Scilly and Hampshire with a maximum of 55 past Porthgwarra (Cornwall) on 4th. Balearic Shearwater numbers remained high off the south coast with Portland (Dorset) once again recording the highest counts with 42 on 4th and 44 on 2nd. There were European Storm-petrel reports from all around the coastline including 2 up the Severn Estuary as far as Severn Beach (Gloucestershire) on the evening of 4th. A Caspian Tern flew past Rossall Point (Lancs) at 13:40 on 2nd before appearing on the beach at Knott End-on-Sea at 13:51 where it remained until mid-afternoon, and it or another was reported near Oundle (Northants) on 3rd. An adult White-winged Black Tern was another good seawatching find heading north past Starr Gate, Blackpool (Lancs) on 28th. 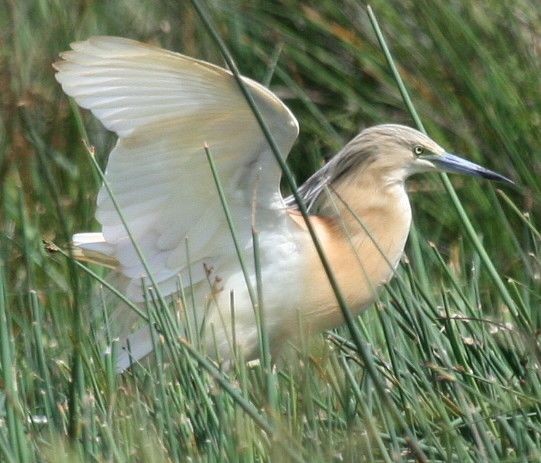 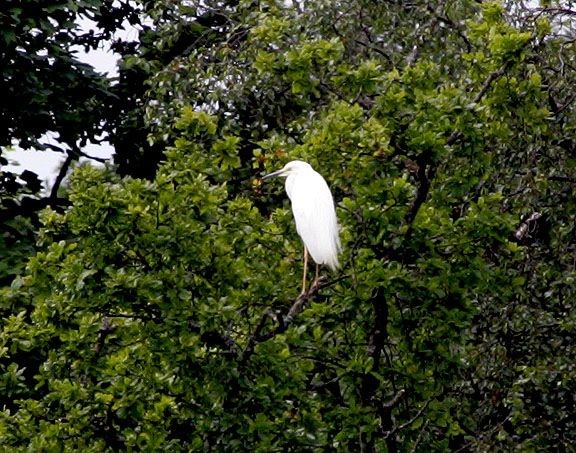 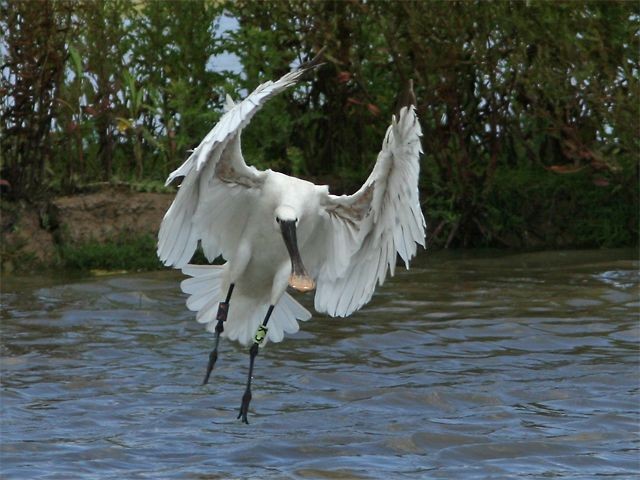 The Dorset Squacco Heron finally settled at Radipole Lake RSPB where it showed well on occasions from 30th June to 3rd July. On 4th July Scotland hosted two Great White Egrets with single birds at Wards Pond (Clyde) and Loch Doon (Ayrshire), either of which could have been the bird from Dorman's Pool (Cleveland) which was last seen on 28th. A Black Stork was seen flying over Bough Beech Reservoir and Sandwich, both in Kent, on 4th and up to 17 Spoonbills were reported during the week including 5 at Gibraltar Point (Lincs) on 2nd. 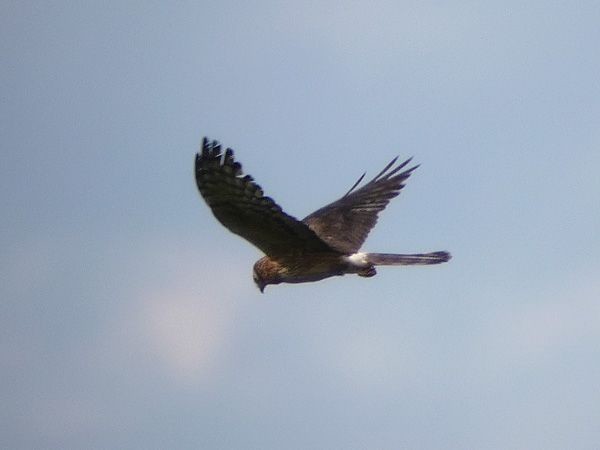 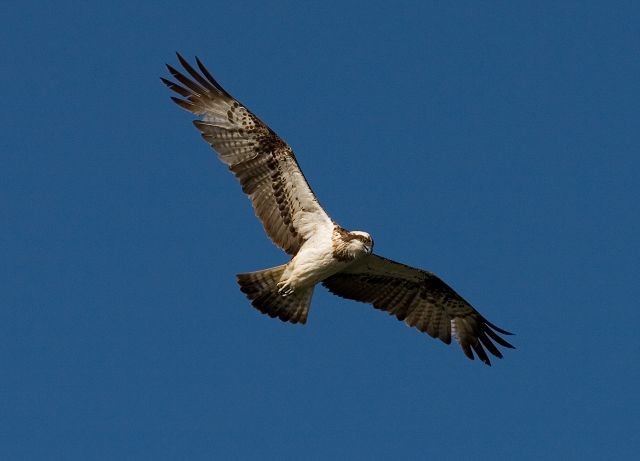 A drake Green-winged Teal reappeared at Inner Marsh Farm RSPB (Cheshire) on 4th after an apparent two-month absence. A drake American Wigeon was on the Ythan Estuary (Aberdeenshire) from 30th and up to 3 Surf Scoters remained off Murcar Golf Course in the same county. The now almost resident drake Ring-necked Duck remained at Avonmouth (Somerset) as did the drake at Blithfield Reservoir (Staffs). The pair of Montagu's Harriers at Digby Fen (Lincs) continued to delight observers throughout with their food-passing antics and even mid-air combat with the local Kestrels. A 1st-summer male Red-footed Falcon flew south over Landguard Common (Suffolk) on 28th and at least 10 wandering Ospreys were reported away from known breeding areas. 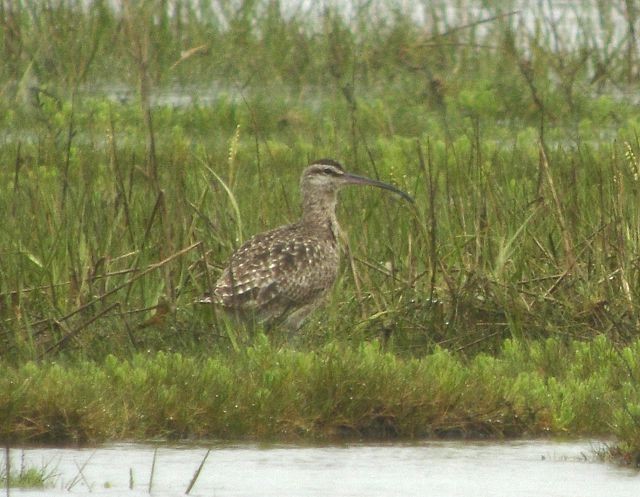 Wader movement remained slow with the main focus staying with the two long-staying rarities, namely the Hudsonian Whimbrel at Walney Island (Cumbria), which remained throughout, and the Killdeer around Pool of Virkie (Shetland) to at least 1st. The American Golden Plover was still on the Boyne Estuary (Co. Louth) on 1st and just 2 Wood Sandpipers were reported, from Angus and Oxfordshire. There was a 2nd-summer Ring-billed Gull at Clone Strand (Waterford) on 30th and the 1st-summer Bonaparte's Gull was still at Howmore, S.Uist (Outer Hebrides) to at least 29th. 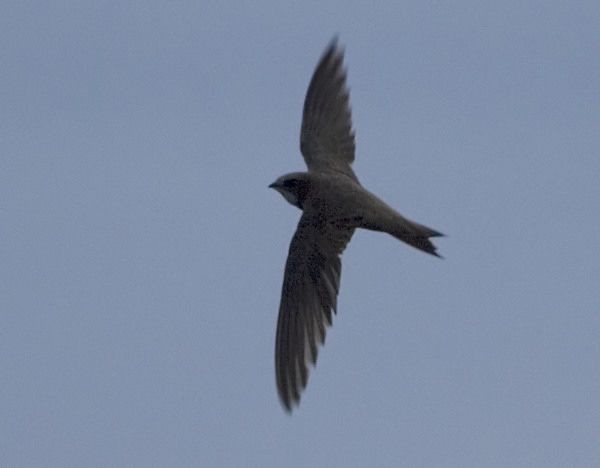 An Alpine Swift reappeared at Titchwell (Norfolk) briefly on 1st with another over Sandwich Bay (Kent) on 4th. There was a belated report of a Slate-coloured Junco at Kylesku on 23rd June but it has not been not seen since despite searching. The long-staying 1st-summer Lesser Grey Shrike was still on Fair Isle (Shetland) on 1st and a Red-backed Shrike was seen briefly at Grove Ferry NNR (Kent) on 3rd. The female Subalpine Warbler was still on the Isle of May (Fife) throughout. A Rose-coloured Starling was seen again on South Uist between Howmore and Drimsdale on 4th and just to the north the probable male Ashy-headed Wagtail was still at Torlum on Benbecula on 4th.

The collection of images from the Falkland Islands submitted by Steve Copsey this week is a great reminder that almost every corner of the world enjoys a fantastic variety of birds. This particular shot is a good illustration of perfect composition and timing but, more than that, it's one of those all-too-rare images that just makes you smile. 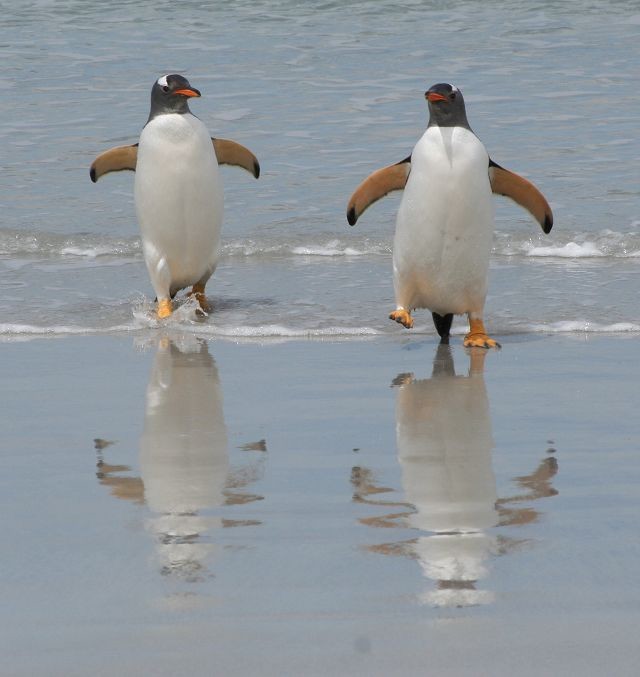 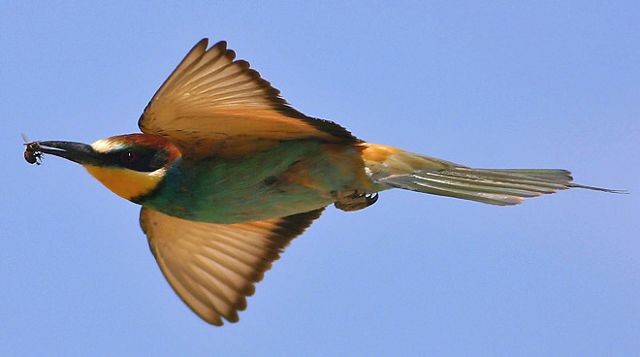 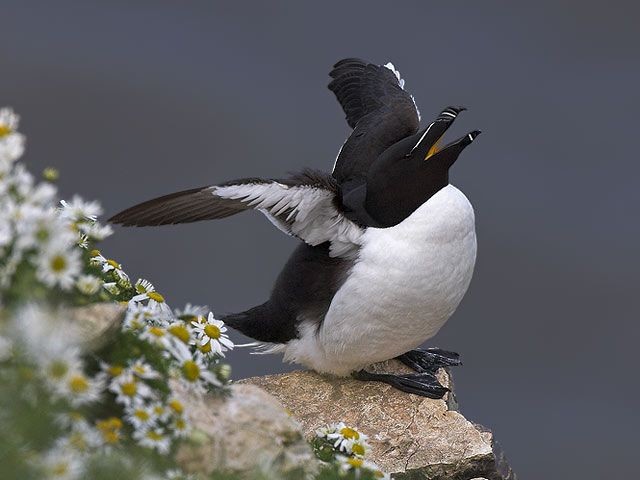 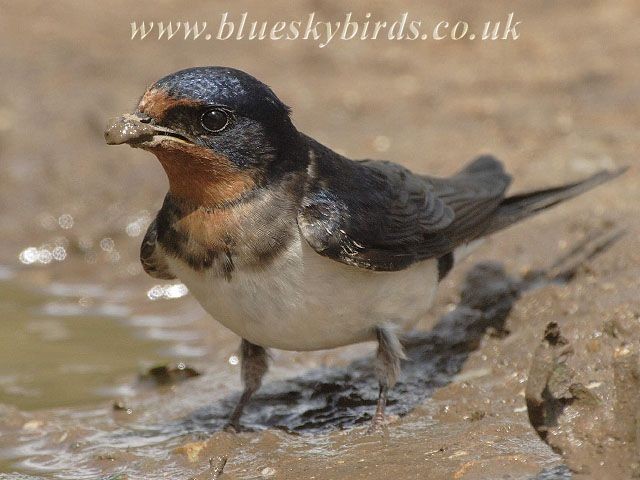 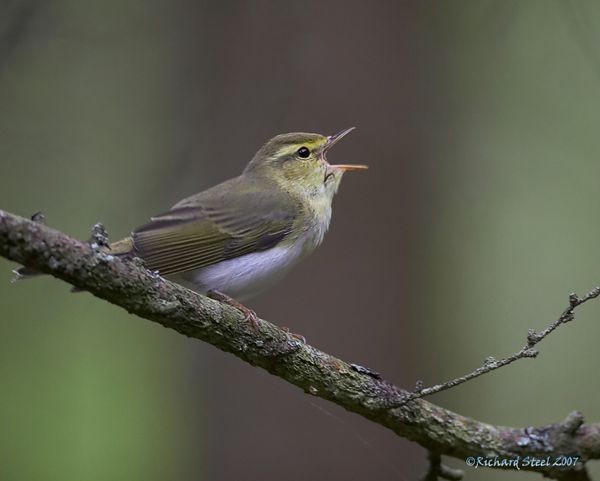 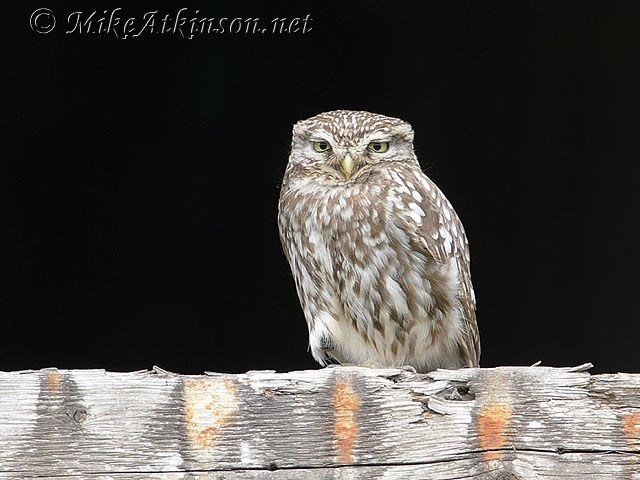 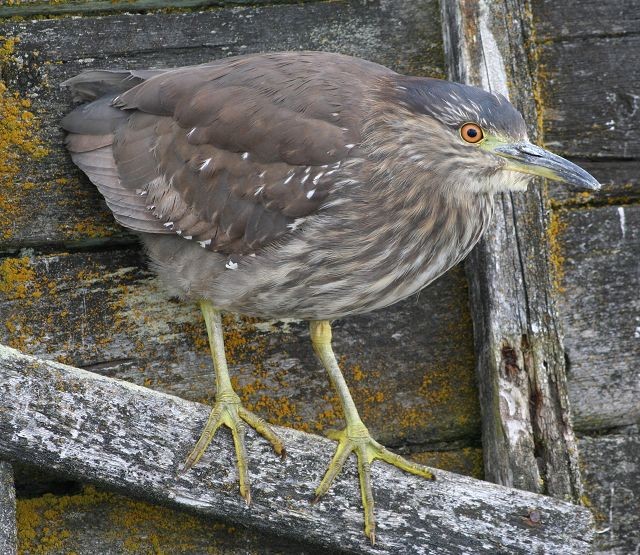 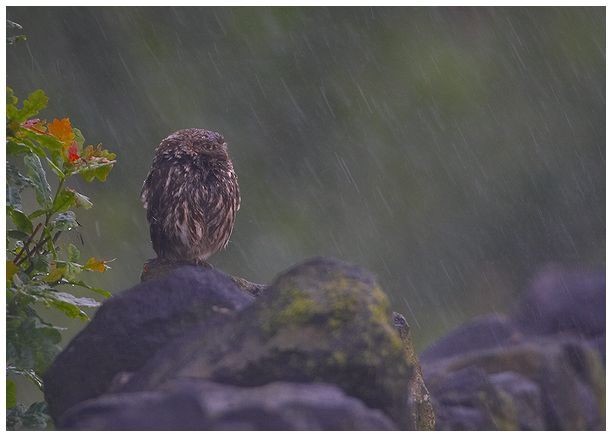 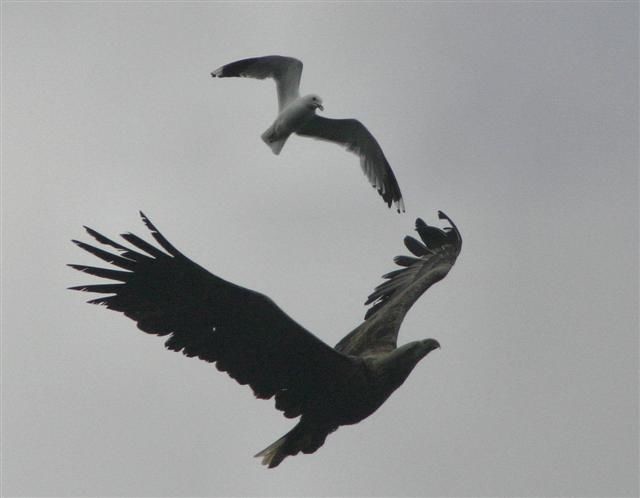 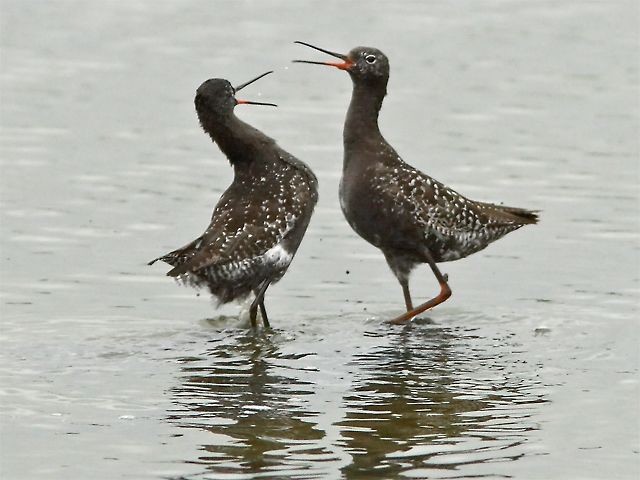