Continuing the wader theme from last week, the most notable new arrival in the last seven days was a stint, and a Red-necked Stint at that. This adult was at Ballinskelligs (Kerry) on 1st–3rd. With just ten accepted records, this remains an exceedingly rare bird: the last easily twitchable bird was in Cambridgeshire in 2001. Previous Irish records have come from Ballycotton (Cork), in 1998 and 2002, and a record from Carne (Wexford) in 2007. The difficulty of identifying juvenile birds is apparent when you consider that of the accepted records, six have been adults, with the only juvenile being one found dead on Fair Isle in 1994.

Elsewhere, the drake Black Scoter remained with up to four Surf Scoters off Blackdog (Aberdeenshire) to at least 1st, and back in Ireland the House Crow remained on Great Island (Cork) until at least 31st.

As a footnote, one intriguing record involved two very small swifts seen by a single observer over Nanjizal (Cornwall) on 29th. The description given of these birds suggested Plain Swift, a species yet to be proven in the UK. There have been previous claims of this island speciality, but for a hard-to-identify short-distance migrant, an excellent field description or at least a good photo would surely be needed to prove a record. A similarly difficult call was the belated report of a possible juvenile Little Blue Heron at Nosterfield (North Yorks) on 23rd. This was associating with, and standing out from, two Little Egrets, but photographs taken at the time are far from conclusive, perhaps just showing some unusual artefacts of lighting. A juvenile Nearctic vagrant would be very unlikely, and a first-summer would be more obvious, so this report may well refer to a juvenile Little Egret.

Various Ruddy Shelducks remained, mostly in Cambridgeshire, with birds at Grafham Water to 2nd, Ferry Meadows to 1st and the Ouse Washes to 31st, and just a single new bird, at Snettisham (Norfolk) on 2nd. A couple of Ferruginous Ducks also stayed put, with drakes at Blagdon Lake (Somerset) to 28th and Paxton Pits (Cambs) to 31st. Aside from the afore-mentioned Surf Scoters at Blackdog, the only other was at Lunan Bay (Angus & Dundee) on 1st.

There were just three Cory's Shearwaters reported this week, birds off Portland Harbour (Dorset) on 29th, Whitburn Coastal Park (Durham) on 31st and Porthgwarra (Cornwall) on 1st. There were then just two Great Shearwaters, off Seven Heads (Cork) on 31st and the Scilly pelagic on 1st. Records of Balearic Shearwater came from several sites, but most consistently from Porthgwarra (Cornwall), with a peak of 26 on 31st. The only significant count away from there was six past Portland (Dorset) on 31st, though one past Low-Newton-by-the-Sea (Northumberland) on 28th was also notable. The only Long-tailed Skua reported was a juvenile off Portland (Dorset) on 31st. 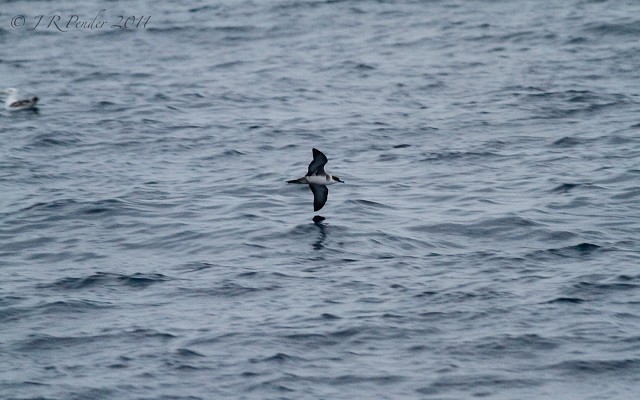 The juvenile Night Heron appears to be still at Stodmarsh (Kent), seen from a boat on the Stour on 30th, though is obviously proving rather elusive. The only other record was one seen in flight over the A30 at Honiton (Devon) on 30th. The only Purple Heron was seen in flight only at Maxey Gravel Pits (Cambs) on 30th. The usual Great White Egret remained at Dungeness (Kent) all week, with the only others at Shapwick Heath (Somerset) on 29th, Tilshead (Wilts) on 30th and Pitsford Reservoir (Northants) on 1st. There were almost as many Cattle Egrets, with birds at Halling (Kent) on 29th–30th, Minsmere (Suffolk) on 30th and Hayling Island (Hants) and Canvey Island (Essex) on 2nd. There was also an adult and juvenile at Two Tree Island (Essex) on 2nd–3rd. The regular group of Spoonbills at Cley Marshes (Norfolk) numbered 12 this week, with other good counts including seven at Gibraltar Point (Lincs), four at Titchwell (Norfolk) and three remaining in Montrose Basin (Angus & Dundee). 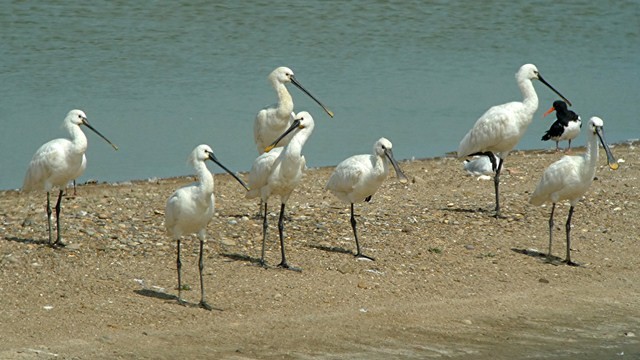 The juvenile White-tailed Eagle remained around Ruckland (Lincs) all week. The lingering Black Kite in Cornwall became more predictable this week, regularly being seen over fields near St Just to at least 2nd. The only others were at Kennerleigh (Devon) on 28th and Ardleigh (Essex) on 31st. One other raptor of note was the first-summer female Montagu's Harrier that remained at Tacumshin (Wexford) all week. 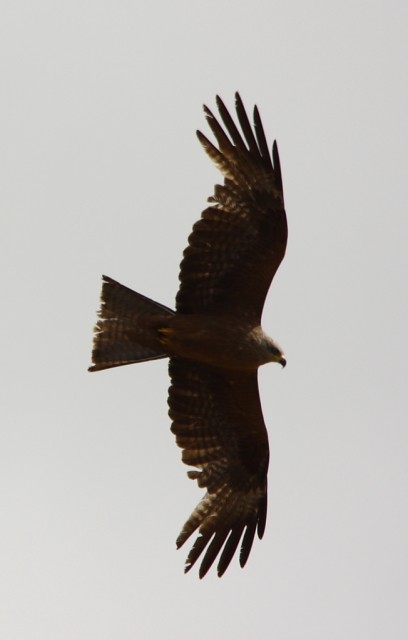 The first migrant Spotted Crakes of the year turned up this week. The first was a probable at Woolston Eyes (Cheshire) on 30th, followed by birds at Frampton Marsh (Lincs) on 31st–2nd, Grove Ferry (Kent) on 31st–2nd, South Walney (Cumbria) on 1st and one ringed at La Claire Mare (Guernsey) on 2nd.

A Kentish Plover was at Dawlish Warren (Devon) on 2nd. The adult Marsh Sandpiper remained at Blacktoft Sands (East Yorks) all week, in the illustrious company of as many as 16 Spotted Redshanks, 193 Black-tailed Godwits and eight Garganey. The adult Semipalmated Sandpiper also remained at Saltholme (Cleveland) all week, with a Temminck's Stint also present there. The only other Temminck's Stints were on St Mary's (Scilly), Frampton Marsh (Lincs) and at Dungeness (Kent). As predicted, there was an excellent rush of White-rumped Sandpipers this week, with three new birds, all adults, turning up: on the Ythan estuary (Aberdeenshire) on 29th, at Snettisham (Norfolk) on 1st–2nd and a stunning summer-plumaged bird at Ballycotton (Cork) on 2nd. 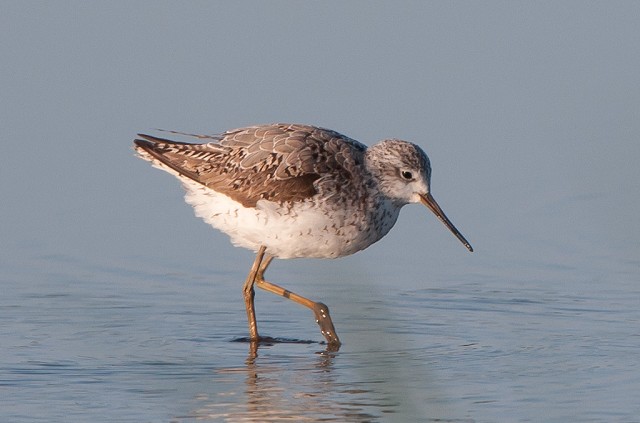 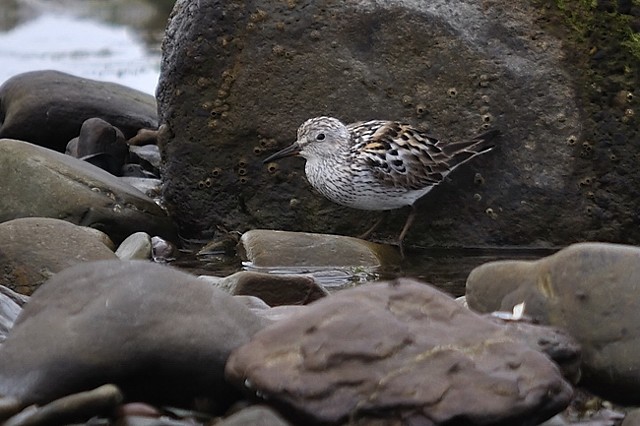 Not wanting to feel left out, there were also plenty of Pectoral Sandpipers to be enjoyed, with birds at 11 sites across southern Britain. The furthest north was at Martin Mere (Lancs) all week, and the furthest south at St Ouen's Pond (Jersey) on 29th. The adult Stilt Sandpiper continued to please a steady stream of admirers at Lodmoor (Dorset) all week. The only migrant Red-necked Phalarope was a female at Frampton Marsh (Lincs) on 30th. 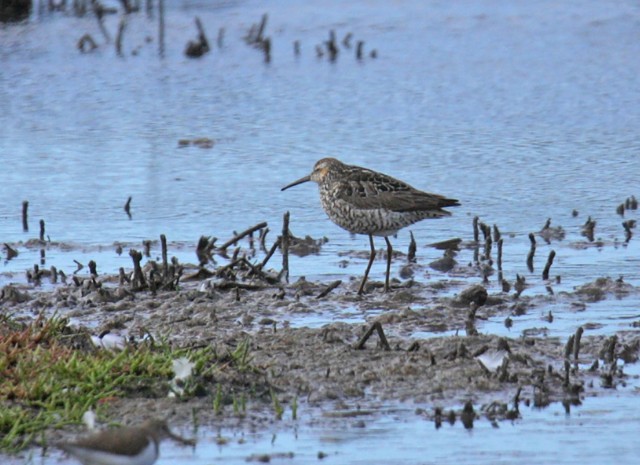 Apart from the regular birds at Dungeness (Kent) and Budleigh Salterton (Devon), the only Glaucous Gulls were a second-summer at Dawlish Warren (Devon) on 30th and an immature again on the Ugie estuary (Aberdeenshire) on 31st. For the first week in a long time there were no records of Iceland Gull. The only report of Bonaparte's Gull this week was apparently erroneous, and the only Ring-billed Gull was an adult at Black Rock Strand (Kerry) on 29th. There was also just one Sabine's Gull, a first-summer in Starnafin Bay, Skye (Highland) on 2nd. Numbers of Little Gulls were slightly down this week, with Hornsea Mere holding 'only' 2,330 on 30th. The only tern of note was a Caspian Tern briefly on Brownsea Island (Dorset) on 3rd, the first in the county for eight years.

The male Snowy Owl was reported again on Lewis (Outer Hebrides), at Uig on 2nd. There were then just single Bee-eaters, again on St Mary's (Scilly) on 28th, and Hoopoes, at Noirmont Point (Jersey) on 1st. There was also just one each of the typical autumn shrikes, with a male Red-backed at Carlton Marshes (Suffolk) on 2nd–3rd and a first-summer female Woodchat at Chipping Sodbury (Glos) on 30th–2nd. The latter was just the third record for the county, following birds in 1989 and 1994. 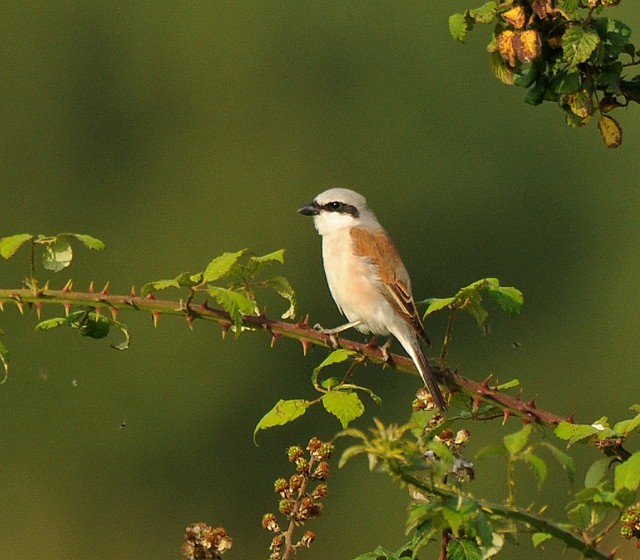 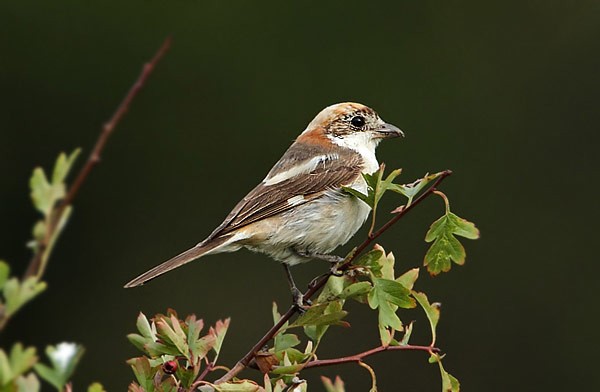 The only Marsh Warbler this week was one ringed at Oxley Marshes (Suffolk) on 28th. Portland Bird Observatory had a good week, ringing not one, but two Melodious Warblers, on 28th and 31st. The only other Melodious was on Skokholm (Pembrokeshire) on 31st–1st. Last of the warblers was the singing Western Bonelli's Warbler that remained at Arnfield Reservoir (Derbys) to 31st. Warbler passage in general started getting going this week, with noticeable increases in numbers of Willow and Sedge Warblers at many sites along the west coast, including an impressive 1,000 Willow Warblers on Bardsey Island (Gwynedd) on 2nd. The east coast also saw the first real movement of Wood Warblers.

Last week's Two-barred Crossbill in East Yorkshire was followed by a small arrival in the Northern Isles, with a late report of one found dead on Rousay (Orkney) on 27th and a female at Halligarth, Unst (Shetland) on 29th–30th, which was joined by an immature male on 29th–1st. No doubt more are still to follow, with the Northern Isles sure to receive the bulk of birds. There was a single report of a singing male Serin at Brighton (East Sussex) on 2nd and also just one Rose-coloured Starling, a new bird in a garden at Loch Carnan, South Uist (Outer Hebrides) on 30th. 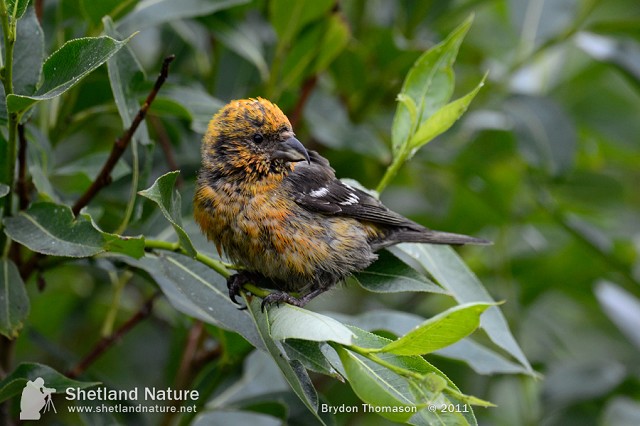 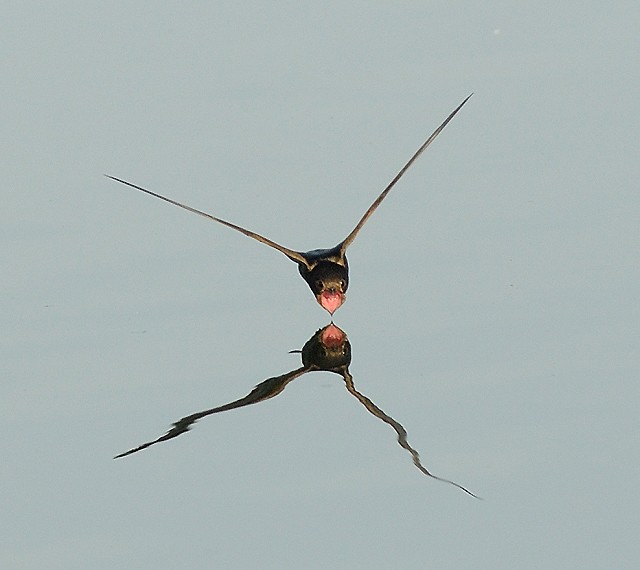 Photographing birds in flight (BIF) is not an activity for the easily disheartened: it probably has the lowest success rate of any type of photography. It's not uncommon for novices to take tens of thousands of flight shots without getting a single decent image, and even some of the top bird photographers shy away from pursuing their subjects into the aerial domain. As well as the obvious difficulty of capturing an in-focus image, BIF photographers have to contend with much more variability in lighting, backgrounds and bird positions. Even where an image is technically perfect, an awkward body or wing position can render it aesthetically poor. For those who persevere, though, success brings a collection of images depicting birds at their definitive best, plus the kudos of having achieved something that defeats so many. Photographers who do stick with it are often drawn to harder and harder challenges, tackling the small, fast-flying species that present the greatest difficulty. David Moreton's incredible shots of swifts, swallows and martins show he's a photographer who's been bitten by this bug. These images always have great detail, lighting and poses, but his latest shot of a Common Swift also brings in a rarely captured behaviour, a water reflection and a sense of having frozen the precise peak of the action. Perfect composition places the red gaping bill and its barely separated reflection at the 'bullseye' of the image, with the fine lines of the wings forming a graphic outline against the smooth surface of the water, the wavy lines of the reflection contrasting with the needle-straight wings. This is the type of image that will inspire the next generation of BIF-chasers! 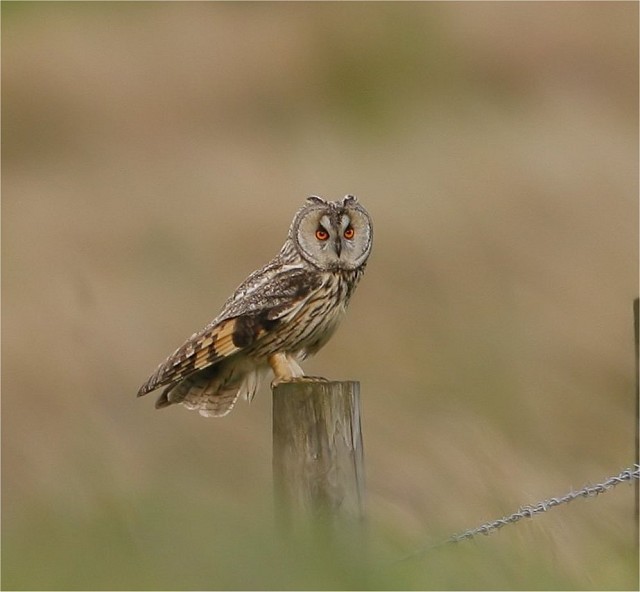 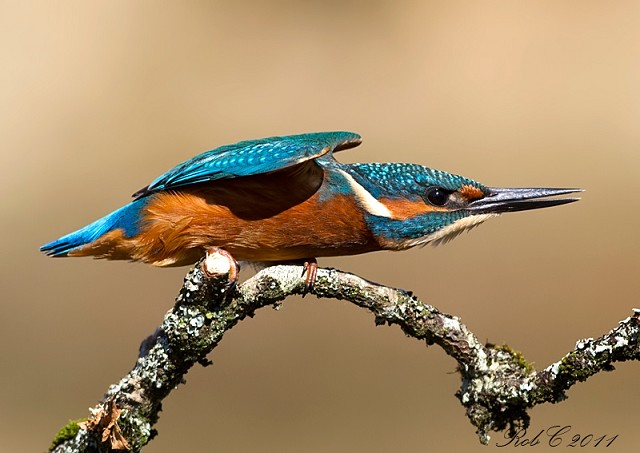 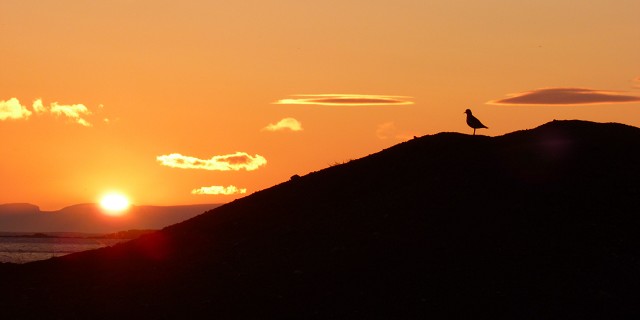 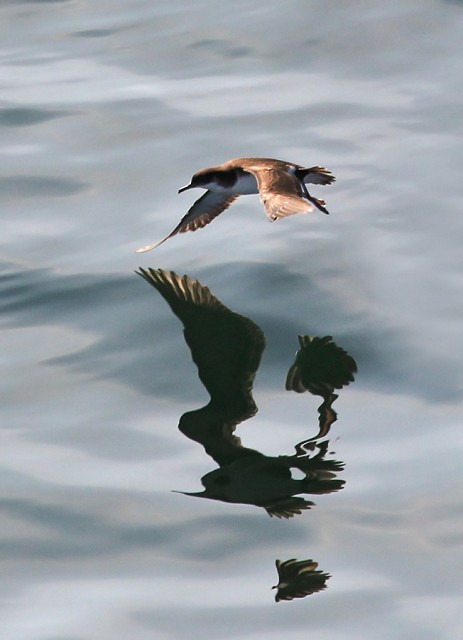 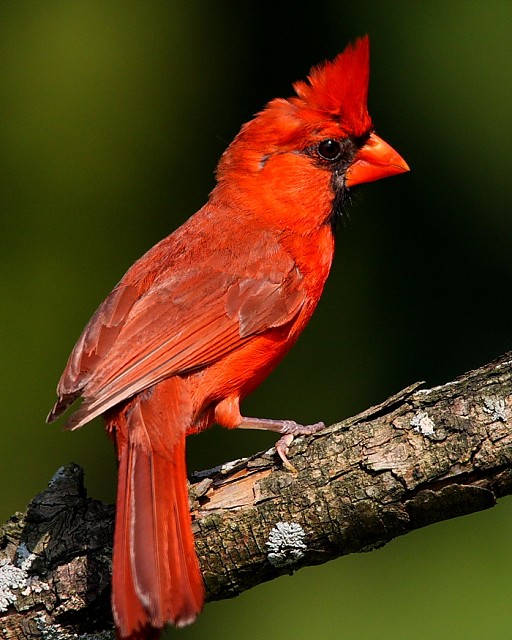 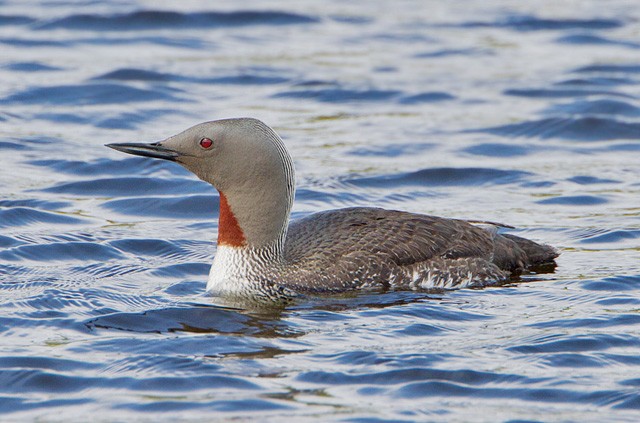 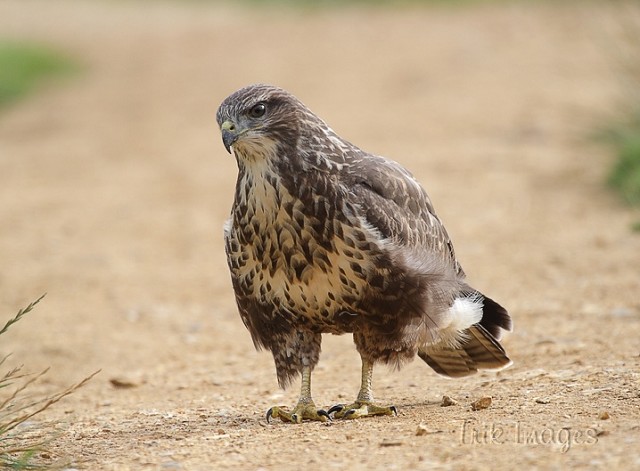 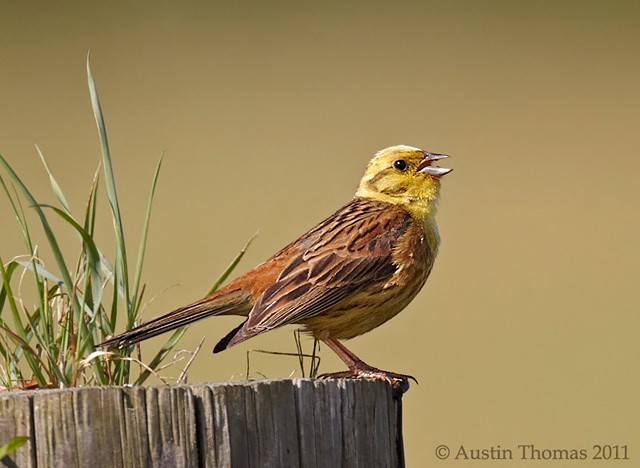 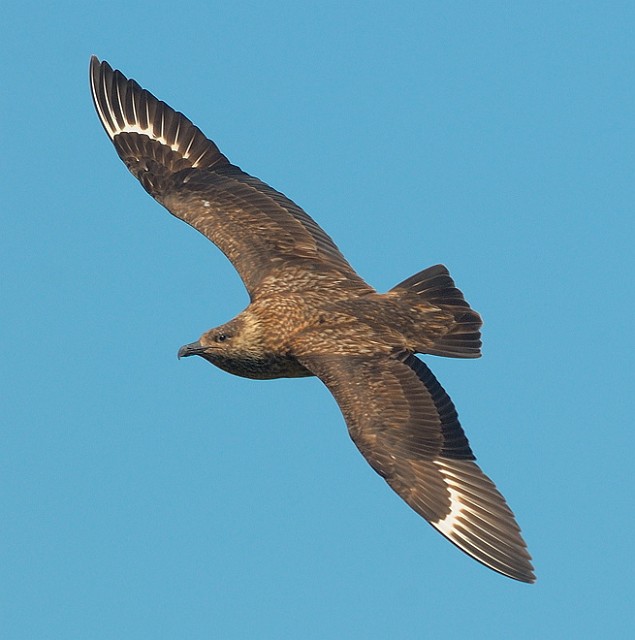 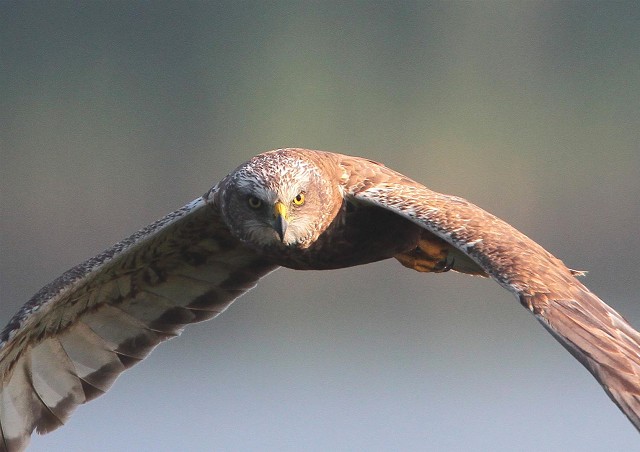 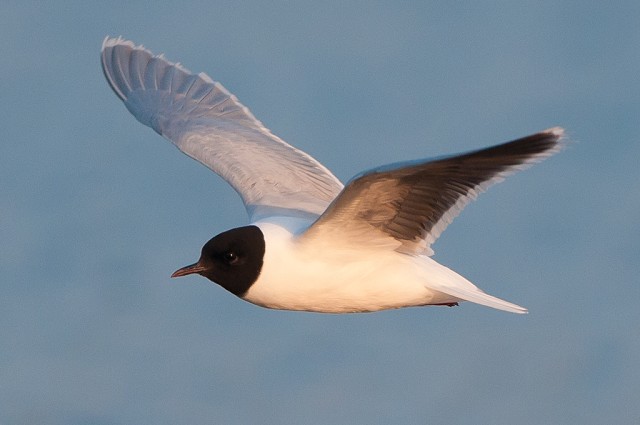 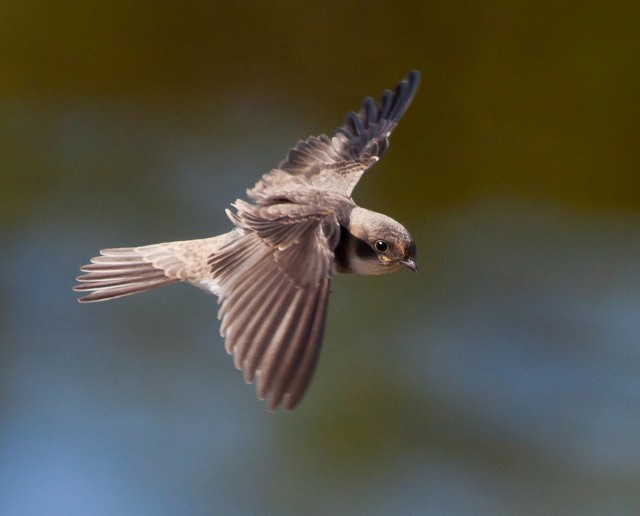 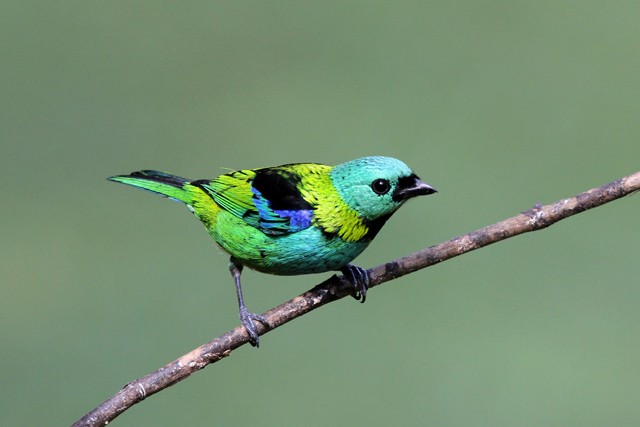 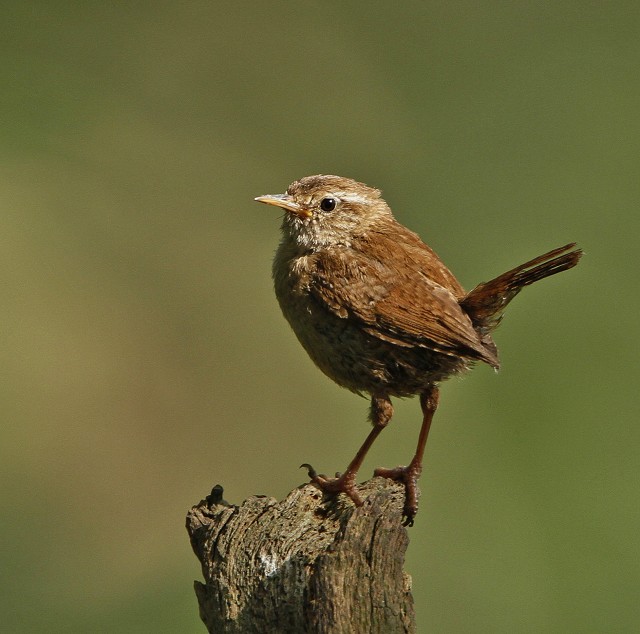