The continuing presence of the Chestnut Bunting on Papa Westray, Orkney, on Wednesday and Thursday was the rarity highlight of the week, although a clear spell on Thursday night finally encouraged this Far Eastern waif to leave the island after an 11-day stint. Although it showed ridiculously closely at times (within a couple of metres on occasion), a youngster born on the eastern Siberian taiga is rather unlikely to have encountered many humans in its brief existence and is probably not likely to see stationary groups of gawping twitchers as a threat — so its confiding nature is no reason to conclude that it is an escape.

The most significant find of the week was a Hudsonian Whimbrel on the beach at Marazion, Cornwall, on 30th. Lingering until the end of the review period, it tended to be quite mobile because of repeated disturbance from beach-walkers but ultimately showed well at times. One assumes that this is the recent Scilly bird hopping across to the mainland, though there was a report of a dark-rumped whimbrel (therefore presumably a/the Hudsonian) from St Mary's late on 29th. 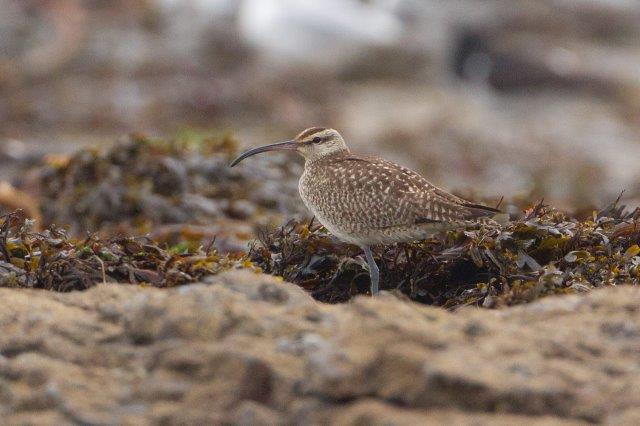 With no sign of the Scilly bird since 25th, one could also make an argument for the Blyth's Pipit flying over Nanjizal Valley, Cornwall, on 31st being the same individual. However, this is perhaps a little less likely given west Cornwall's penchant for attracting multiple individuals of this species over the years.

As early winter fast approaches, wildfowl become ever more prominent on our bird news services and it was welcome news that three drake Surf Scoters had returned to the Conwy coastline on 2nd. An adult drake continued to be seen off the Musselburgh area of Lothian this week, with an immature drake in the county off Gullane Point on 1st. Over in Co Kerry, the Black Scoter was still off Rossbeigh on 30th.

Another week, another contentious Bufflehead ... though this week's bird might have more respectable credentials. A first-winter drake at Priory Country Park, Beds, on 29th was later found to be wearing a metal ring, although research does seem to suggest that this could be a band fitted to a wild bird somewhere in North America. 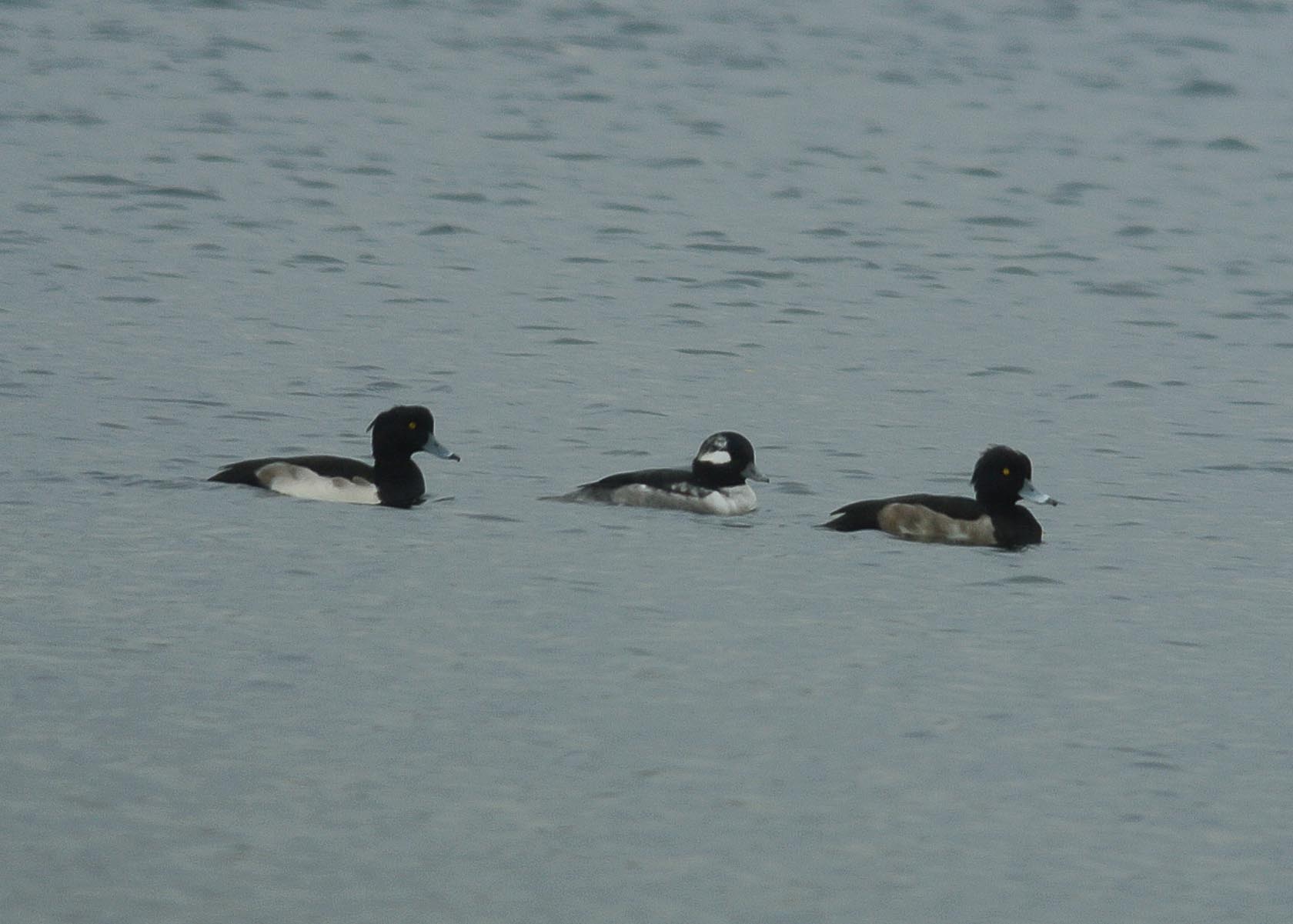 Both the Lesser Scaup and Ring-necked Duck were regularly reported from Cardiff Bay, Glamorgan, throughout the week, though the only other Lesser Scaup was the drake still at Lough Gill, Co Kerry. Ring-necked Ducks were a little more numerous, with new drakes at Kinnegar Pools, Co Down, on 30th and Pitlochry, Perth/Kinross, from 31st in addition to continuing birds in Hertfordshire and Co Londonderry. A free-flying drake Ferruginous Duck settled in with the captive birds at Washington WWT, Durham, from 30th — although therefore proving extremely confiding, it was unringed and apparently not local in its origin. 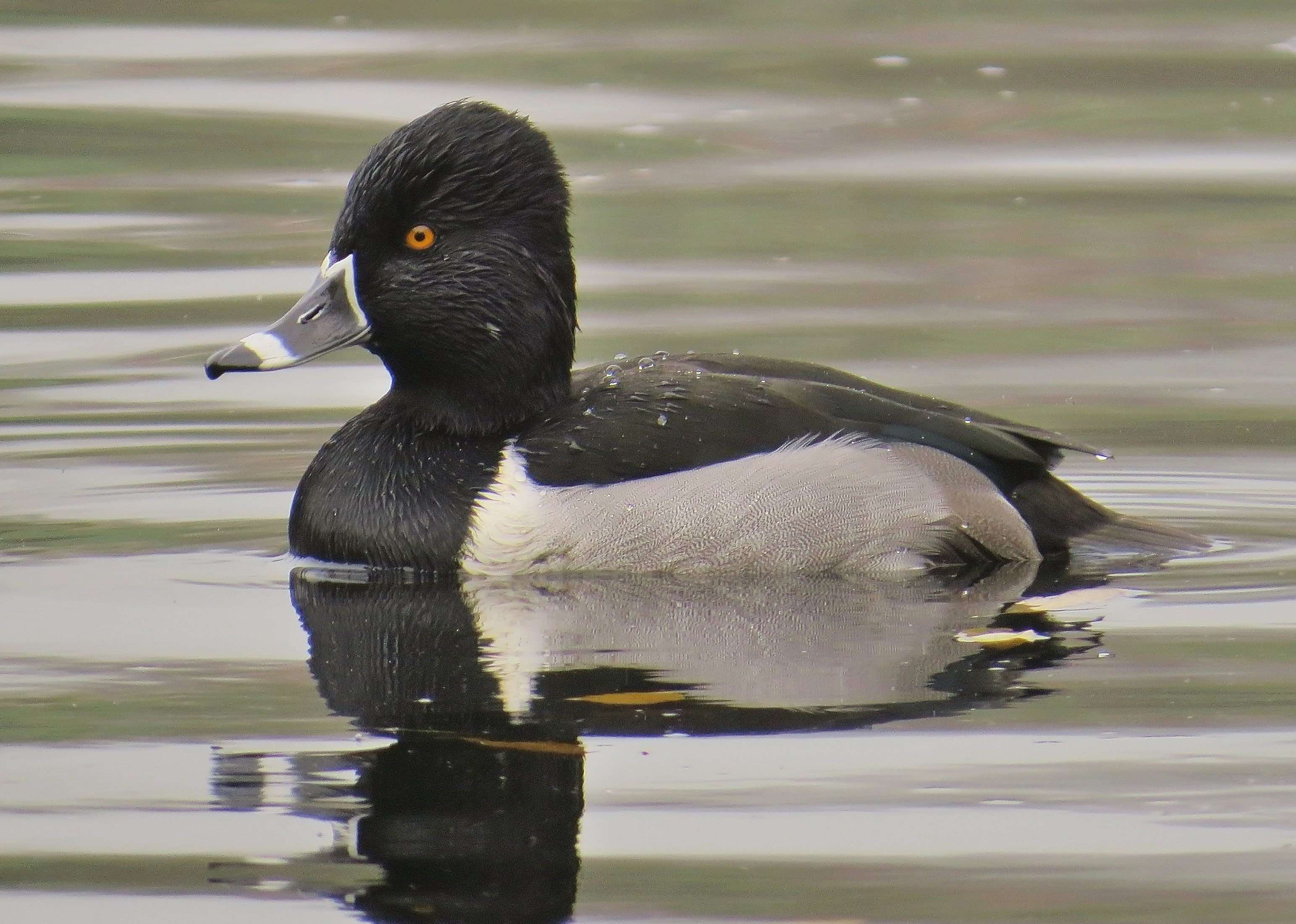 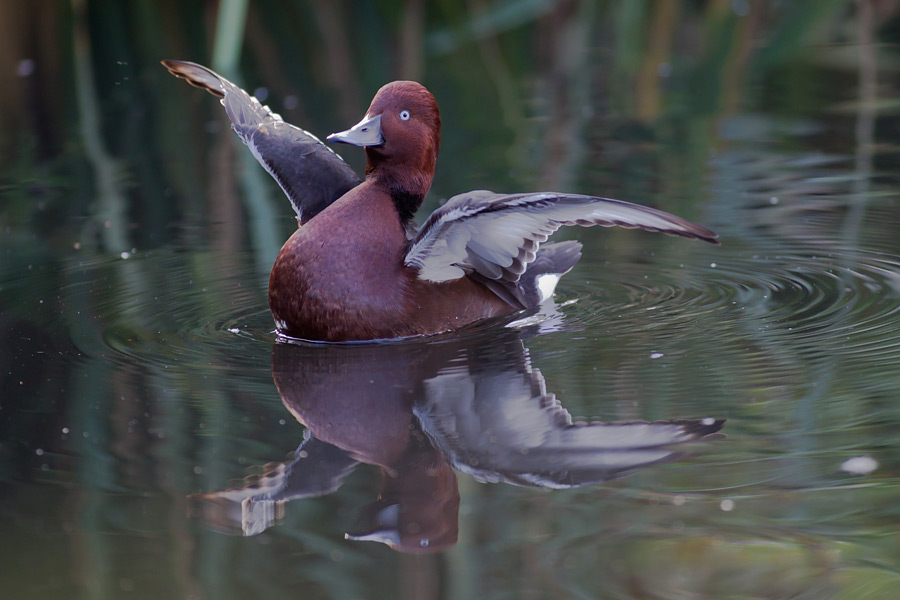 Drake Green-winged Teal were found at Martin Mere, Lancs, on 29th and Wick, Highland, on 31st in addition to lingering birds in Dumfries & Galloway, Clyde and Co Cork. American Wigeon remained at Tacumshin in Co Wexford, Loch of Strathbeg in Aberdeenshire, and on Tiree, Argyll.

A blue-morph Snow Goose flying south past Low Newton-by-the-Sea, Northumberland, on 1st was possibly the bird seen with Pink-feet in Perthshire last week — next stop Norfolk? The white morph was also seen again at Caerlaverock, Dumfries & Galloway, on 2nd. Both Todd's Canada and Richardson's Cackling Geese remained on Islay, Argyll, but the Ridgway's Cackling Goose in Devon left its Dark-bellied Brent congeners for the company of Mallards around Countess Weir. Black Brants were seen in Devon, Essex, Norfolk and Lincolnshire. 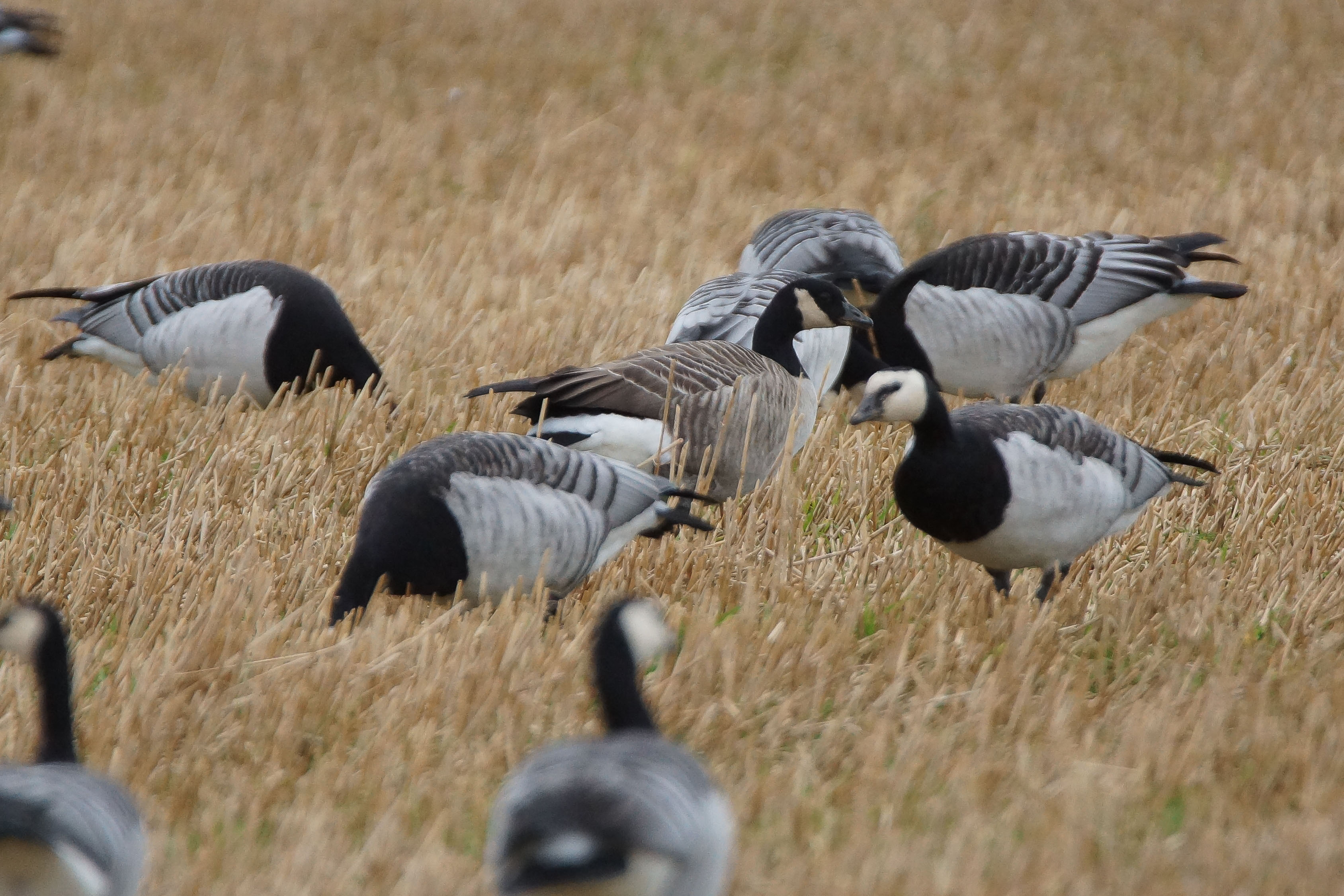 A Purple Heron was reported from Cley Marshes, Norfolk, on 1st, while the respectable showing of Cattle Egrets continued: two at Teigngrace, Devon, from 29th increased to three on 1st. Singles were found at Bingham, Notts, on 28th, Steart, Somerset, and Tacumshin, Co Wexford, on 30th, the Otter Estuary and Colyford, Devon, on 31st and 1st respectively, and Pinkson Creek, Cornwall, on 31st. Two were also on Jersey on 1st and another remained in the Shapwick Heath, Somerset, area all week. 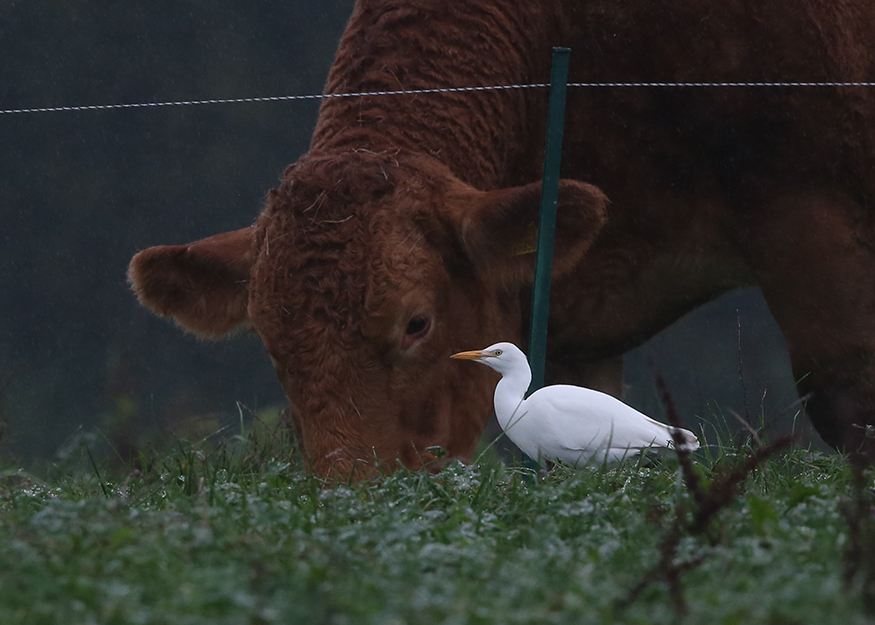 Guernsey's first-ever Glossy Ibis flew over Vale Pond on 28th; another flew in off the sea at Filey, N Yorks, on 31st and a third was found near Kinsale, Co Cork, on 2nd. Two were at Tacumshin, Co Wexford, on 31st, with another pair at Lough Gill, Co Kerry, while others remained in Somerset, Essex and Ayrshire.

After having last been seen at Donna Nook on 28th, the Pallid Harrier seemingly relocated to Gibraltar Point, Lincs, on 29th, while the Irish bird remained on Annagh Marsh, Co Mayo, to 30th. North Ronaldsay's Northern Harrier was still present throughout the week. Rough-legged Buzzard numbers were slightly reduced this week although the confiding juvenile remained at Holland Haven, Essex, to 1st and a handful of new individuals were located in east coast counties between Suffolk and East Yorkshire, as well as a further bird at Lerwick, Shetland, on 30th.

The White-rumped Sandpiper remained at Loch of Strathbeg, Aberdeenshire, to 1st. Pectoral Sandpipers were on Lough Neagh, Co Antrim, on 29th, near Finstown, Orkney, on 31st and at Tacumshin, Co Wexford, on 1st. A handful of Grey Phalaropes included a showy bird at South Gare, Cleveland, from 30th. 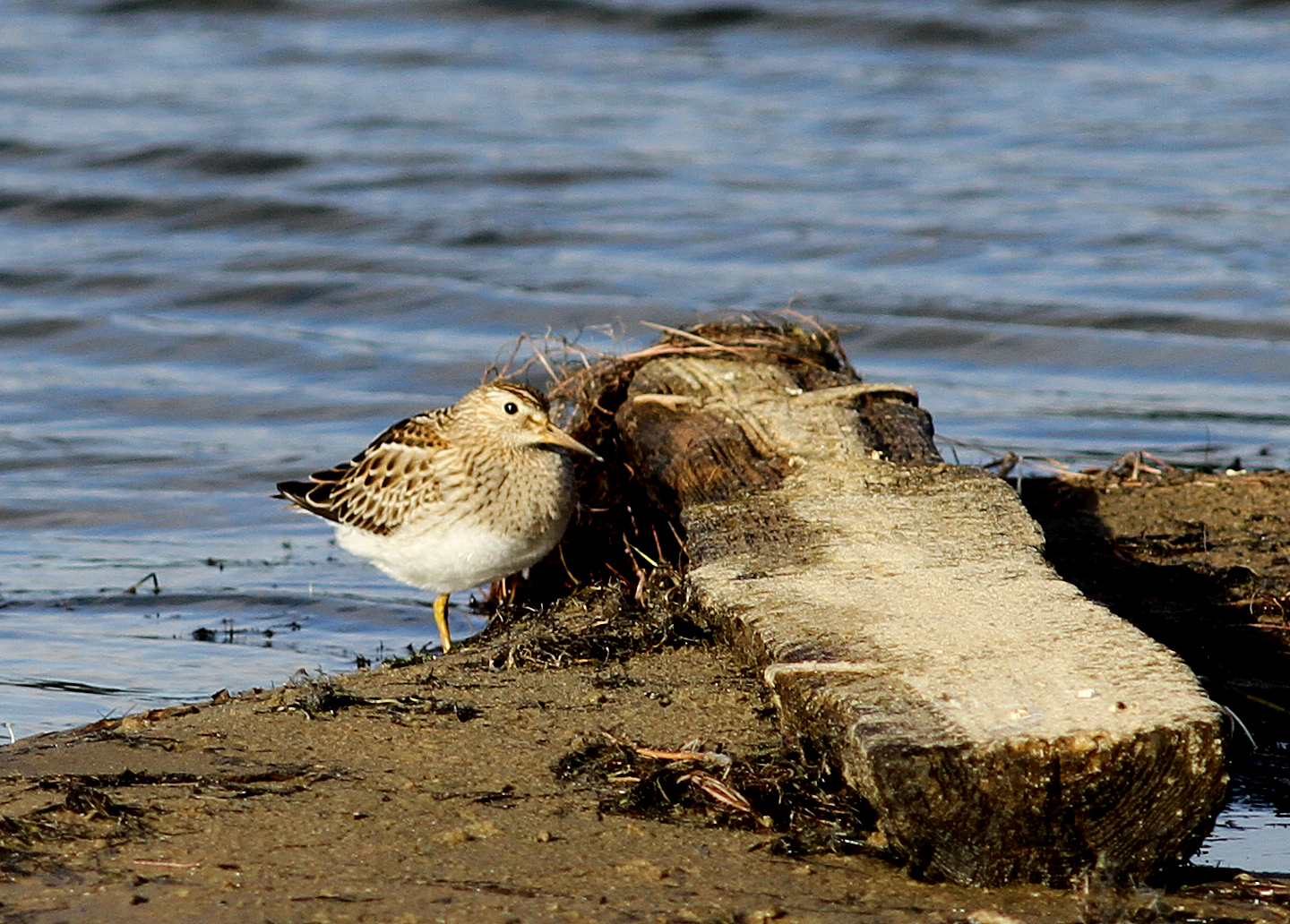 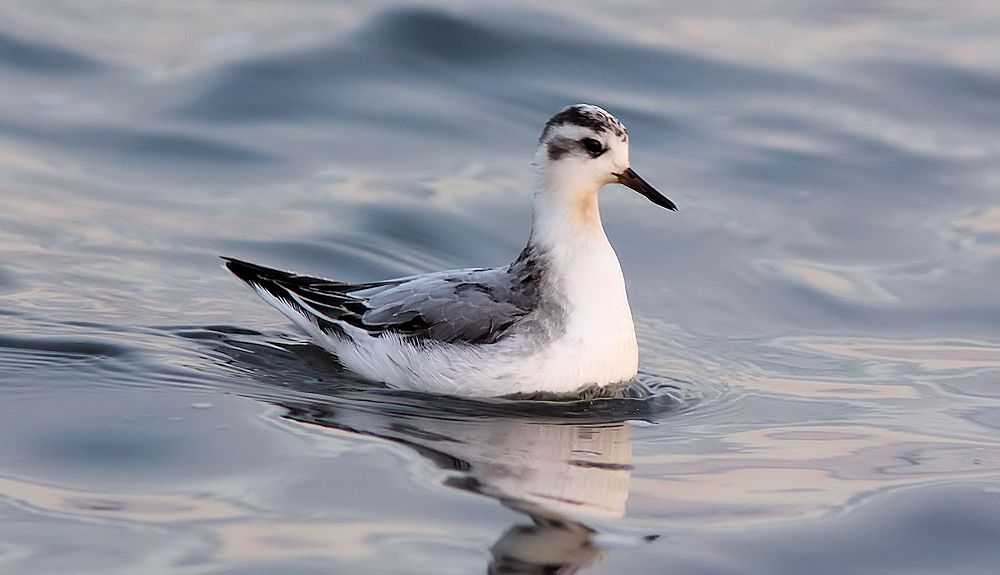 The Isle of Wight Greater Yellowlegs continued to show at Whippingham to 3rd, while a Lesser Yellowlegs arrived at Breydon Water, Norfolk, on 29th and was still there on 3rd. The latter often shared the same expanse of mud with the continuing American Golden Plover, which was last seen on 31st. An adult AGP was new at Rosscarbery, Co Cork, on 31–1st and a juvenile was at Torness Power Station, Lothian, on 3rd in addition to continuing birds at Ballycotton, Co Cork; Kilnsea, E Yorks; and Bornish, South Uist (the Eyebrook adult was last noted on 28th). In Hampshire the Long-billed Dowitcher was still on Pennington Marshes all week. 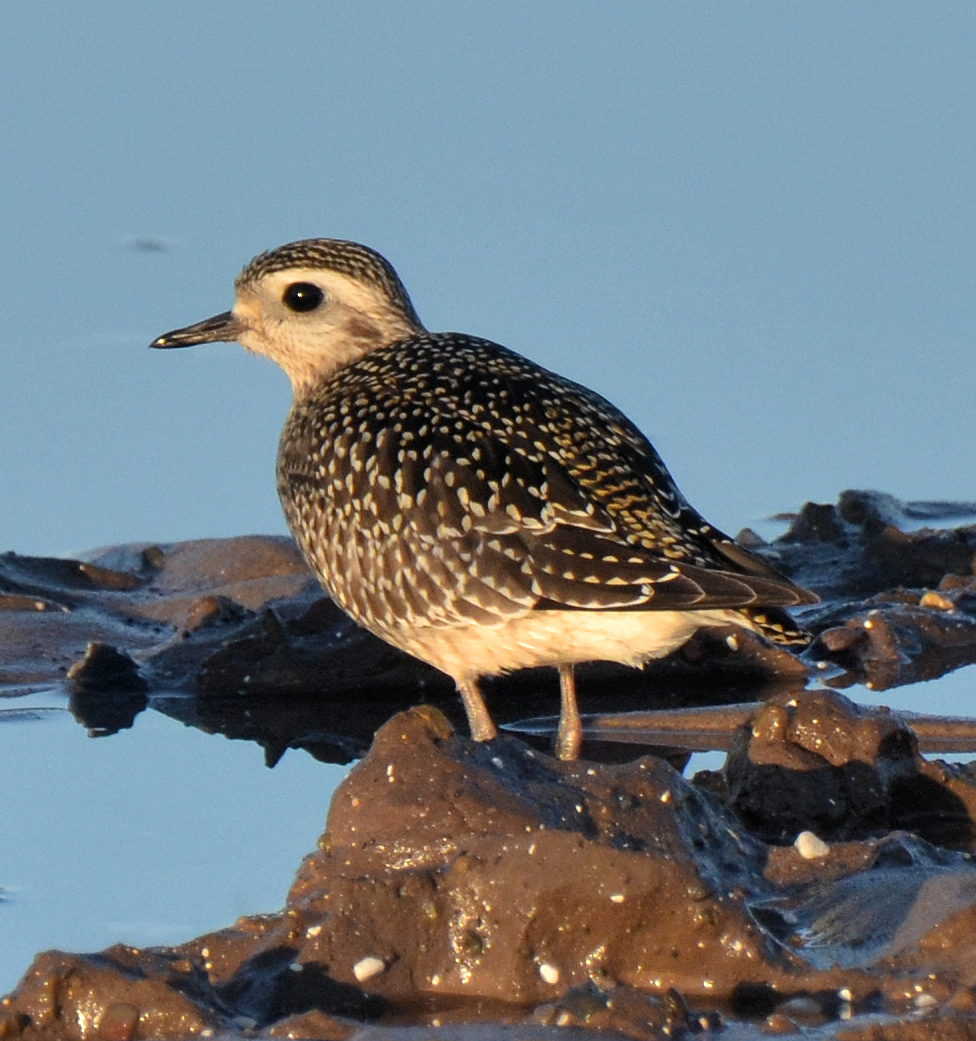 One wonders how long the Gull-billed Tern might stay in Co Kerry: save a brief sortie to Rough Point on 28th, it lingered in the Blennerville area all week. The Forster's Tern was seen again at Newtownlynch, Co Galway, on 2nd.

The third-winter American Herring Gull was again in fields near St Just, Cornwall, on 28th, though its appearances seem sporadic and unpredictable. The Bonaparte's Gull was seen again at Dawlish Warren, Devon, on 31st, while Ring-billed Gulls this week included a new bird at Ballyvaughan, Co Clare, on 29th, two at Nimmo's Pier, Co Galway, on 30th and the continuing second-winters in Cornwall and Lancashire. The presumed adult Azores Gull was seen at Kilvington, Notts, on 29th and 2nd. 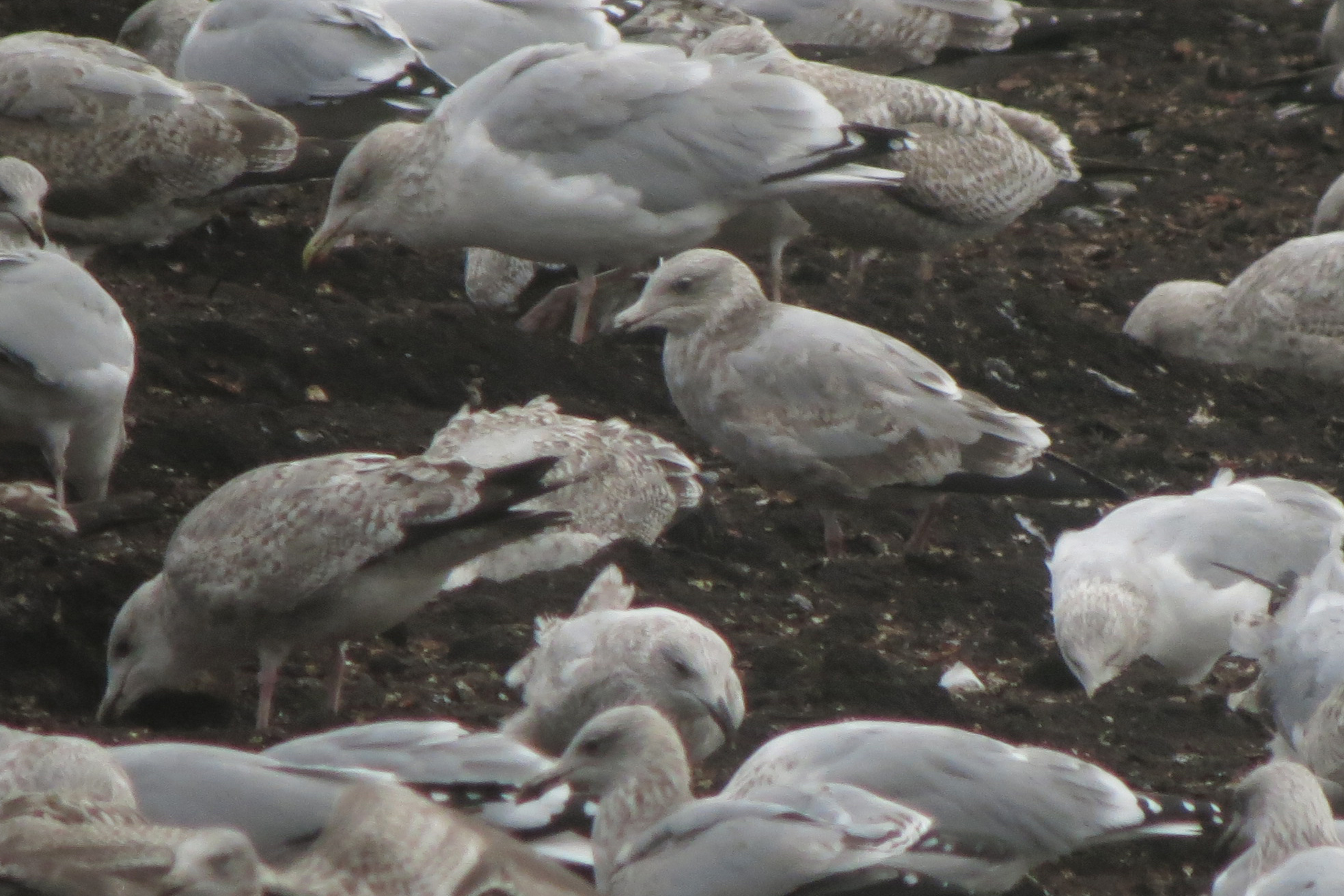 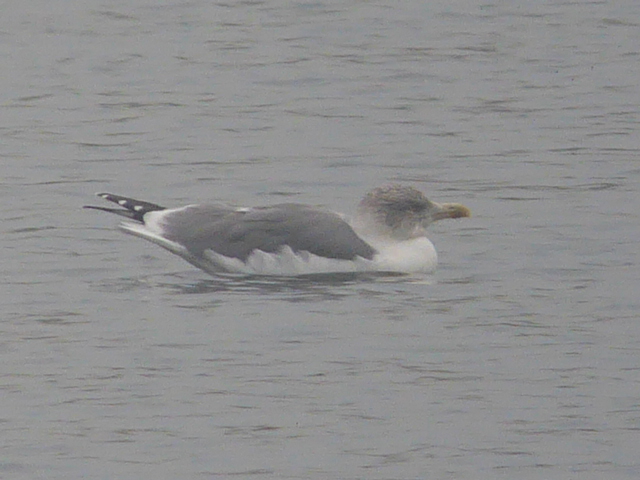 Among several reports of swift species this week, a few Pallid Swifts were identified. One showed well at Flamborough Head, E Yorks, on 31st, and another was over the Whitburn and Marsden area of Durham with two Common/Pallid swifts that afternoon. A further individual was reported from Newbiggin, Northumberland, late that afternoon and another was over Boulby, Cleveland, mid-morning on 1st. 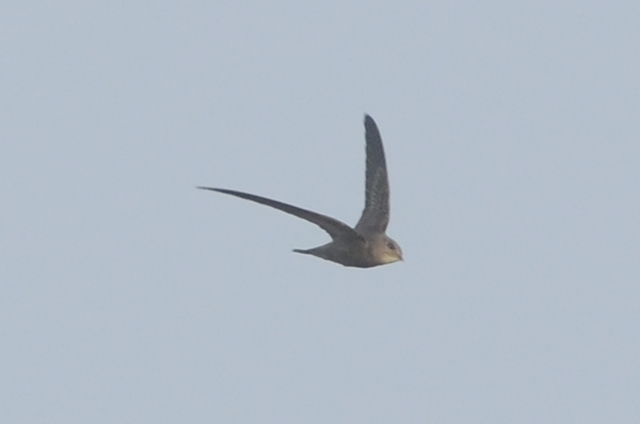 Last week's Shore Lark remained at Minsmere, Suffolk, to 30th and another was seen at Sidestrand, Norfolk, on 1st.

An Olive-backed Pipit was briefly at Land's End, Cornwall, on 29th; one remained on Fair Isle until at least 30th and it (or another) was trapped there on 3rd. Richard's Pipits just about scraped into double figures, with two remaining at Long Nab, N Yorks, to 1st and another briefly at Claddagh Beach, Co Galway, on 29th the pick of the records. 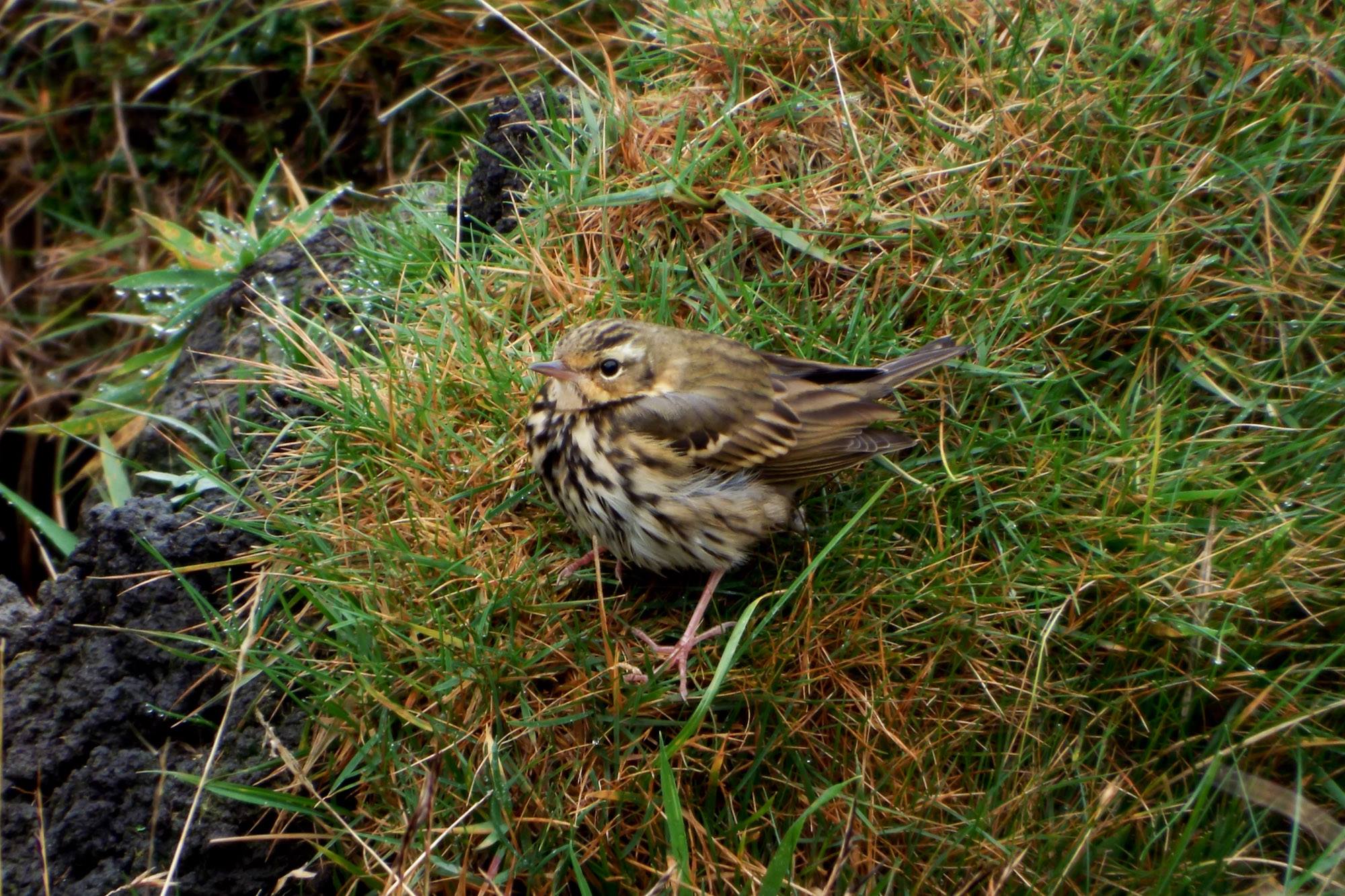 One of the highlights of the week was undoubtedly the stunning male Pied Wheatear found at Landguard, Suffolk, on 3rd. Though the third record for Suffolk, it is the first male to occur in the county following females in 1994 and 2009. The Sandwich Bay Red-flanked Bluetail was retrapped on 31st and was still in the immediate area, though mobile and elusive, the following day. 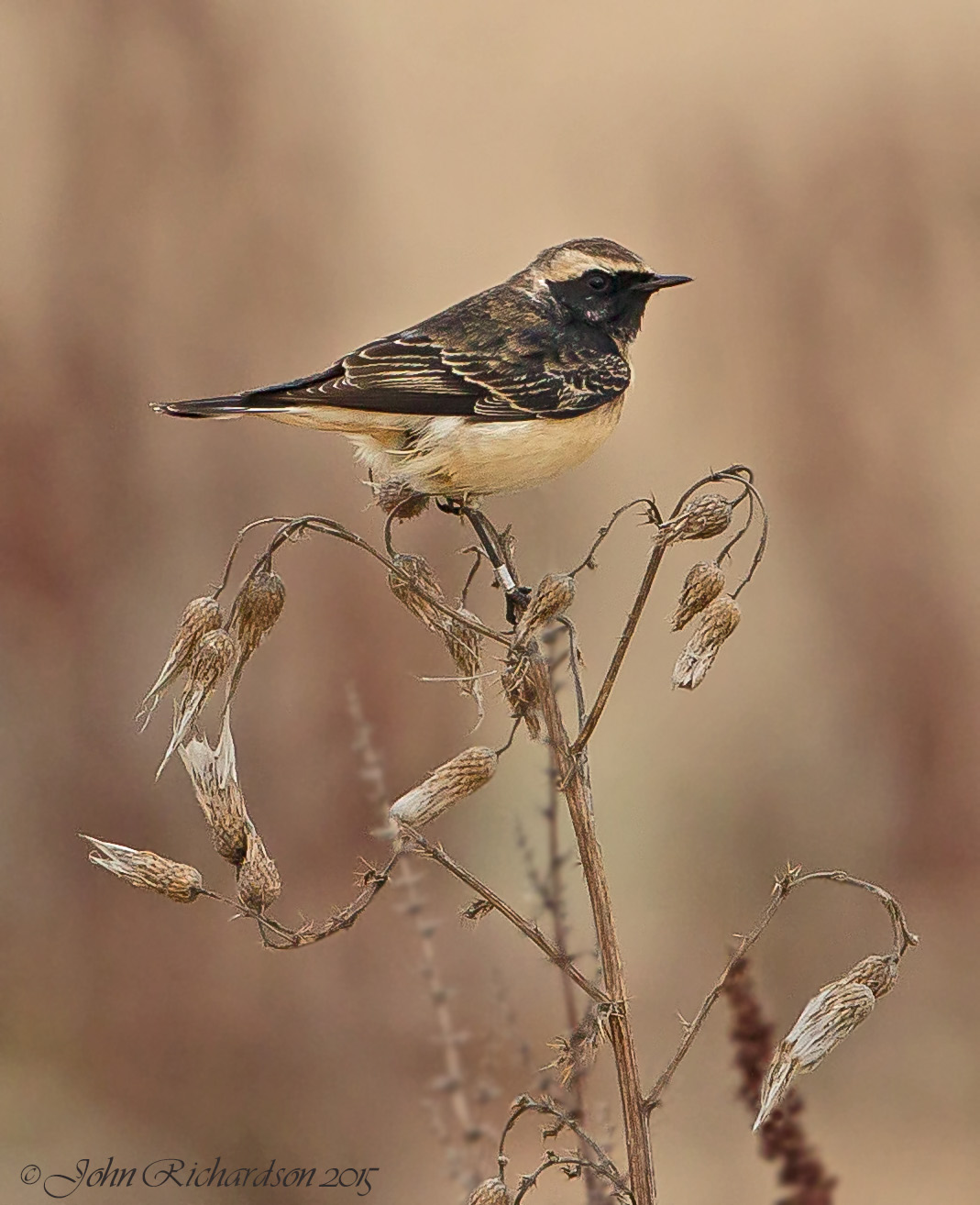 Last week's Arctic Warbler remained at Erris Head, Co Mayo, to 28th and another was then found at Whitburn, Durham, on 2nd (and still there on 3rd). New Dusky Warblers were at Knockadoon Head, Co Cork, from 28–31st and Burrafirth, Unst, on 30th in addition to continuing birds on St Agnes, Scilly, to 31st and at Dungeness, Kent, to 1st. The Hume's Leaf Warbler was still at Flamborough Head on 28th, with a possible in Weymouth, Dorset, on 30th and another confirmed in the county at Durlston Country Park the following day. At least four Pallas's Warblers were seen in Dorset, including two in the Winspit area on 28th. Three were seen in Devon and others were on Scilly (2) and in Cornwall, East Sussex, Suffolk, East Yorkshire and Aberdeenshire. 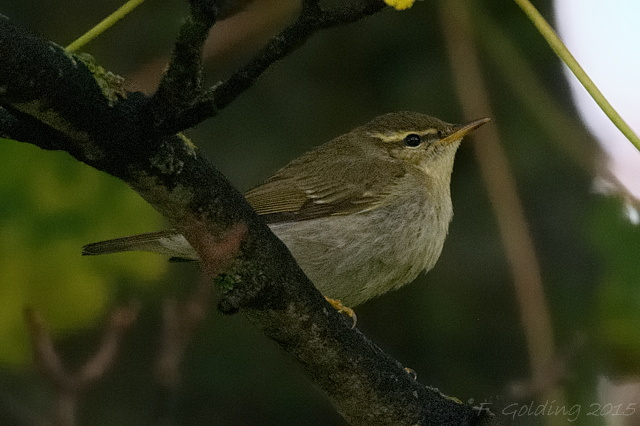 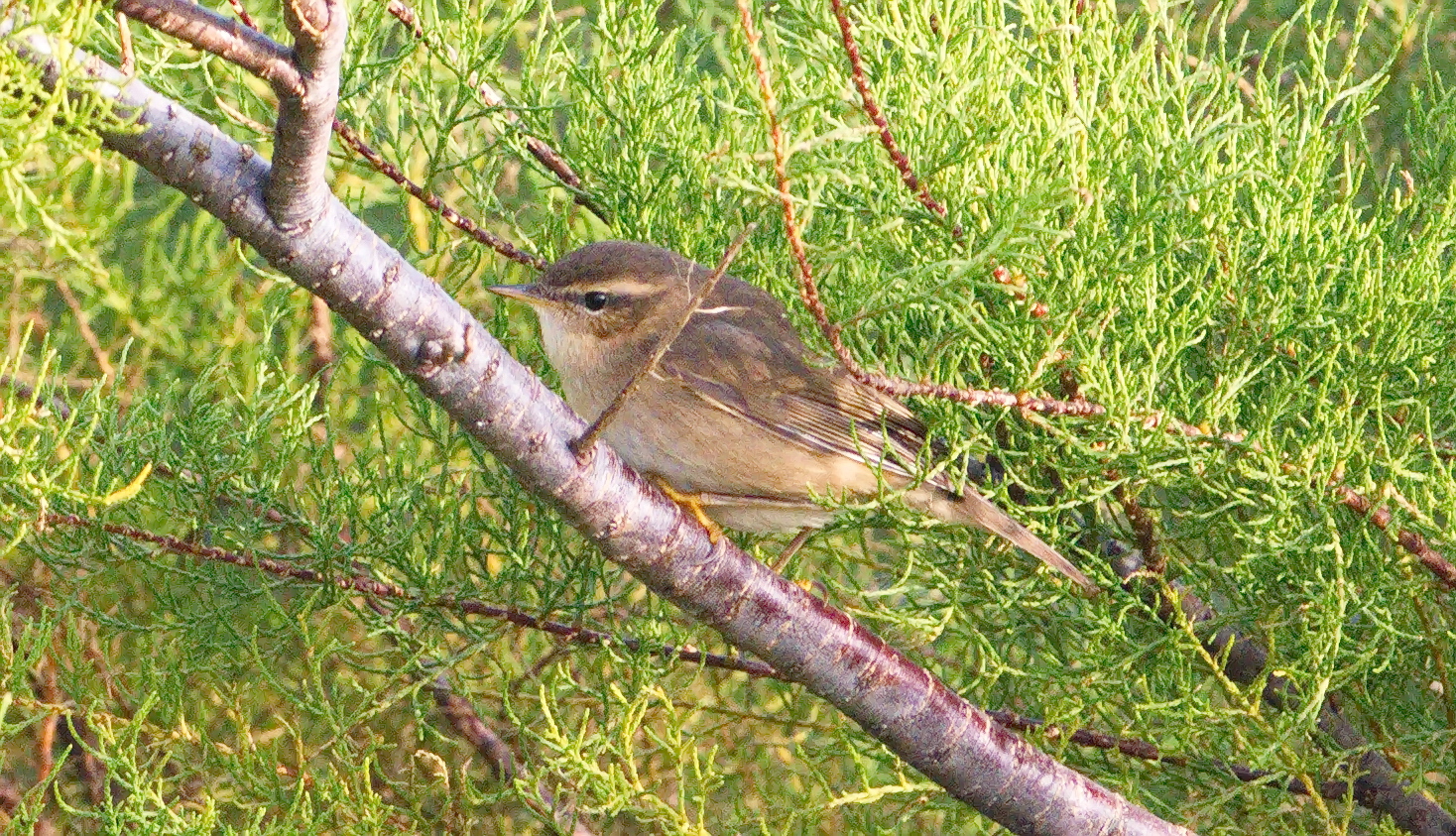 A couple of late Marsh Warblers were unearthed on 31st: at St Agnes, Scilly, and East Soar, Devon. Barred Warblers were seen on the Outer Hebrides and in Lothian, Cornwall and Counties Wexford and Cork. 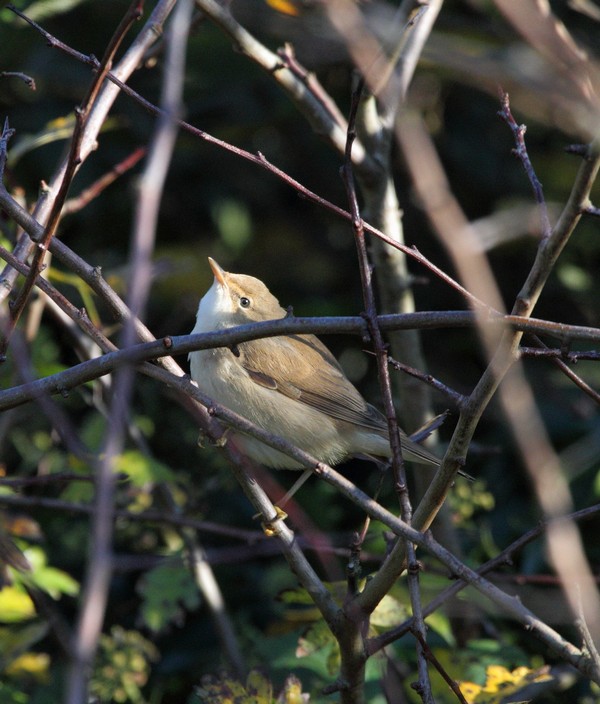 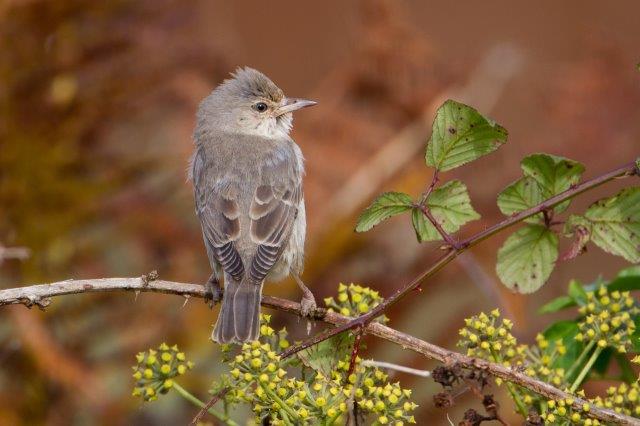 A few late Red-backed Shrikes were found this week — at Holland Haven, Essex, and Boulby, Cleveland, on 31st and at Girdle Ness, Aberdeenshire, on 2nd — and at least 40 Great Grey Shrikes were seen. Five Red-breasted Flycatchers included three in Co Cork (Cape Clear, Firkeel and Galley Head) as well as a fourth Irish bird from Brownstown Head, Co Waterford, from 31st and a sole English record from Hartlepool Headland, Cleveland, from 28–30th. A late Wryneck was at East Prawle, Devon, on 1st. 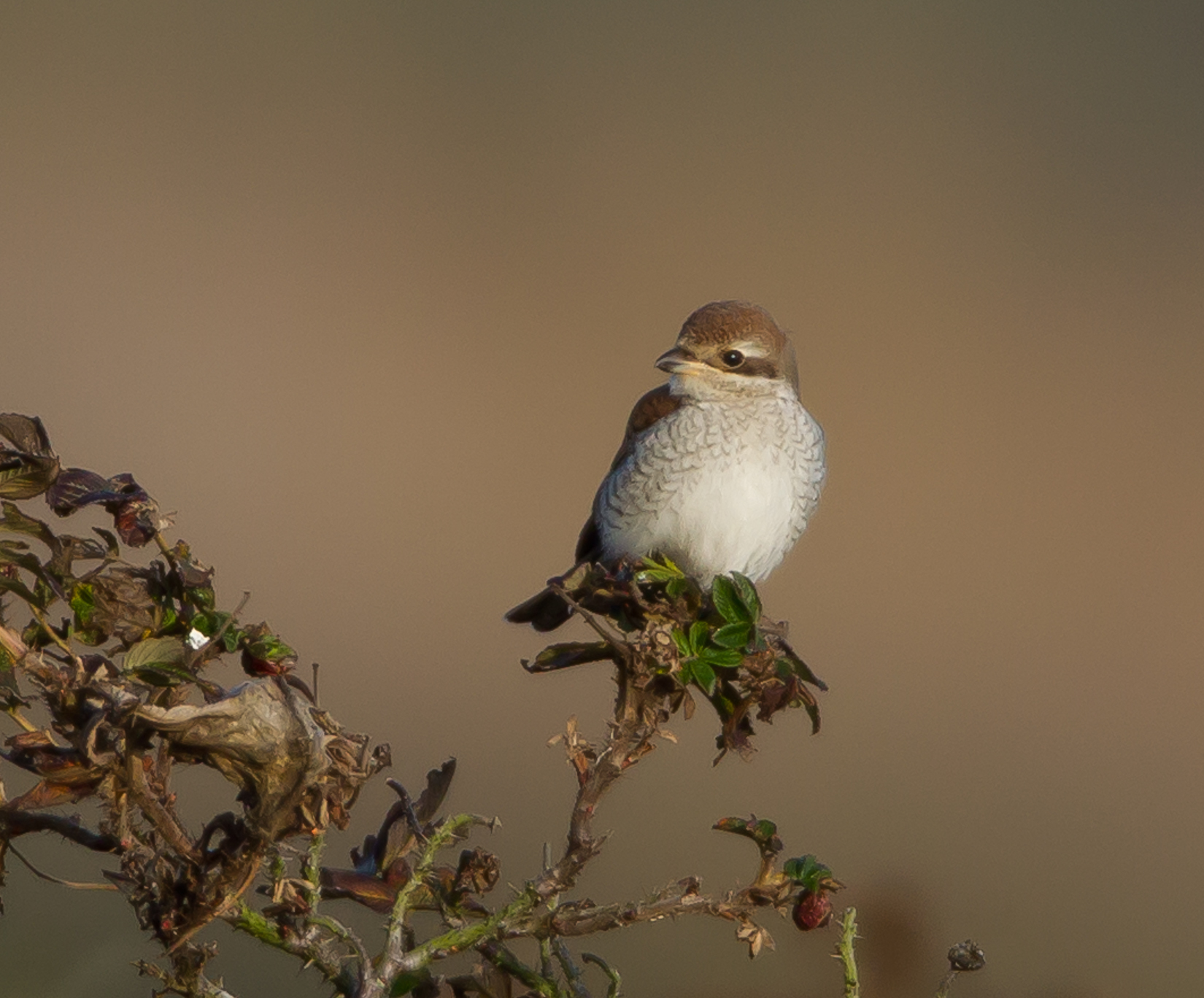 Lingering European Serins are always noteworthy and a bird at Exmouth, Devon, from 30–1st proved popular; another remained at Nanquidno, Cornwall, to 1st (with a fly-over at Porthgwarra on 3rd) and Scilly records came from St Mary's, St Agnes and Gugh. The Rose-coloured Starling was seen again at East Mersea, Essex, on 2nd and the long-staying juvenile was still at Land's End on 31st. 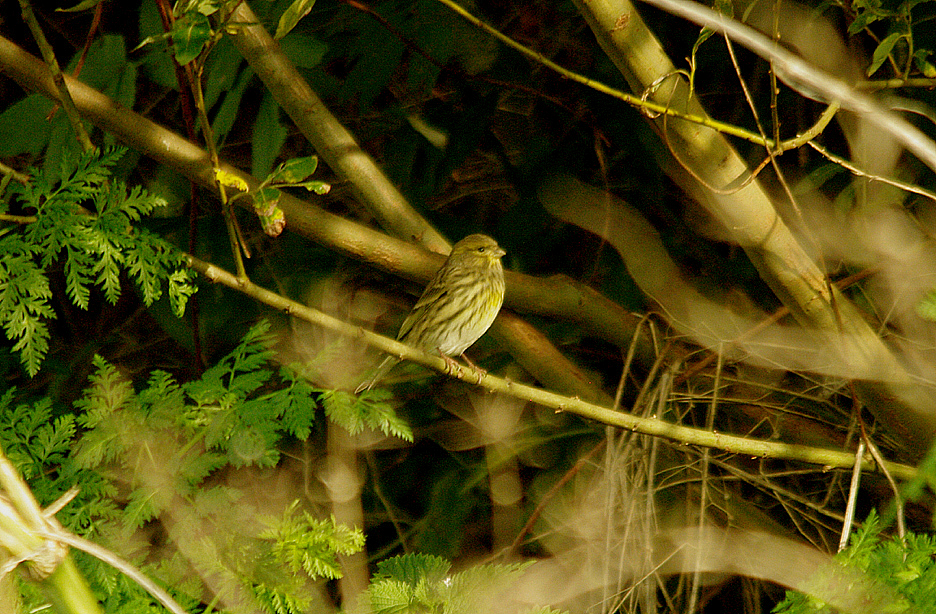 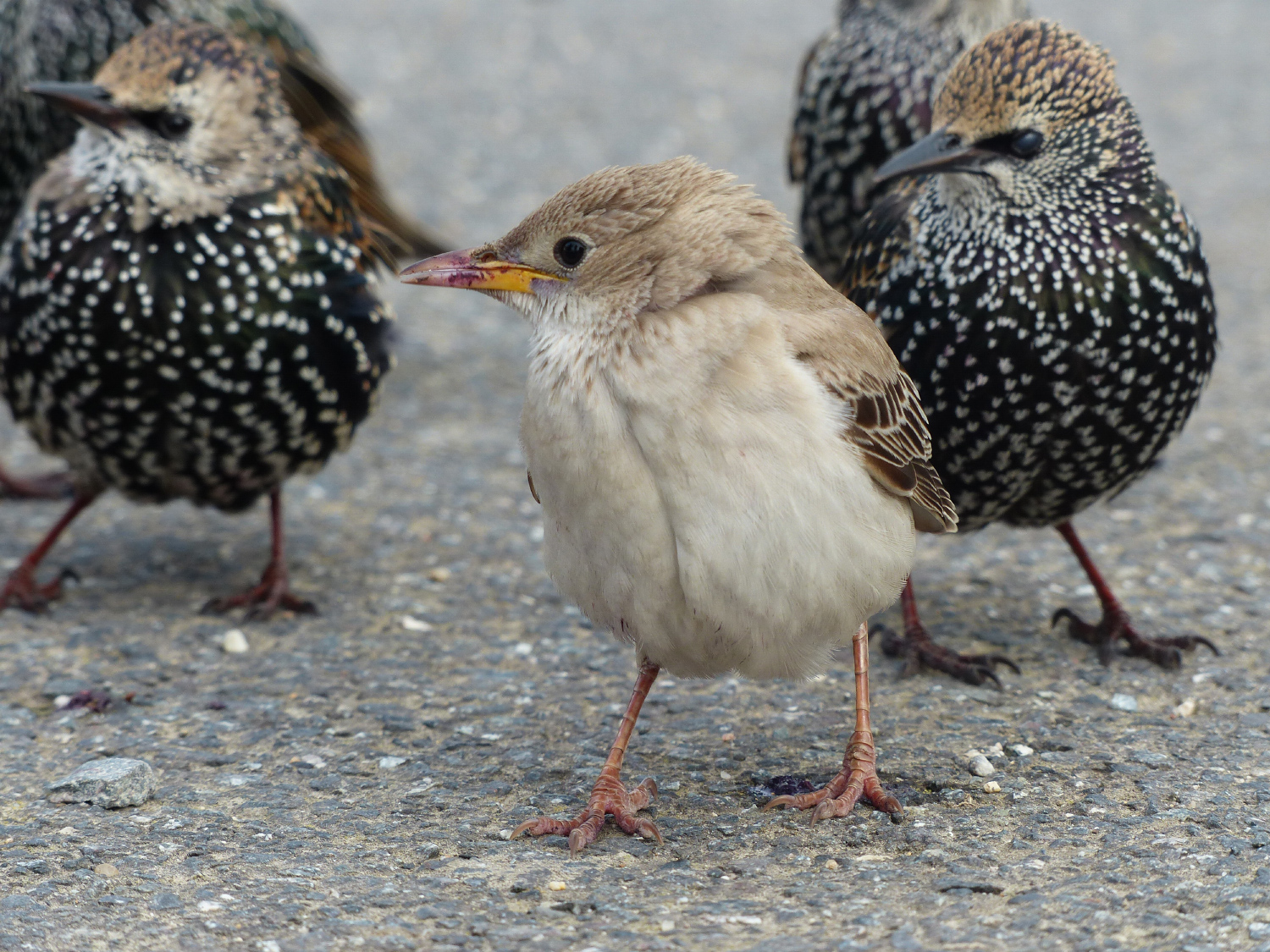 Little Buntings were at Sumburgh Head, Shetland, on 29th, Portland Bill, Dorset, on 30th and St Agnes, Scilly, on 31st, while the Ortolan remained on Fair Isle to at least 2nd. A Penduline Tit was heard again at Minsmere, Suffolk, on 29th, with another heard at nearby Southwold on 3rd; a juvenile was trapped and ringed at St Ouen's Pond, Jersey, on 1st. 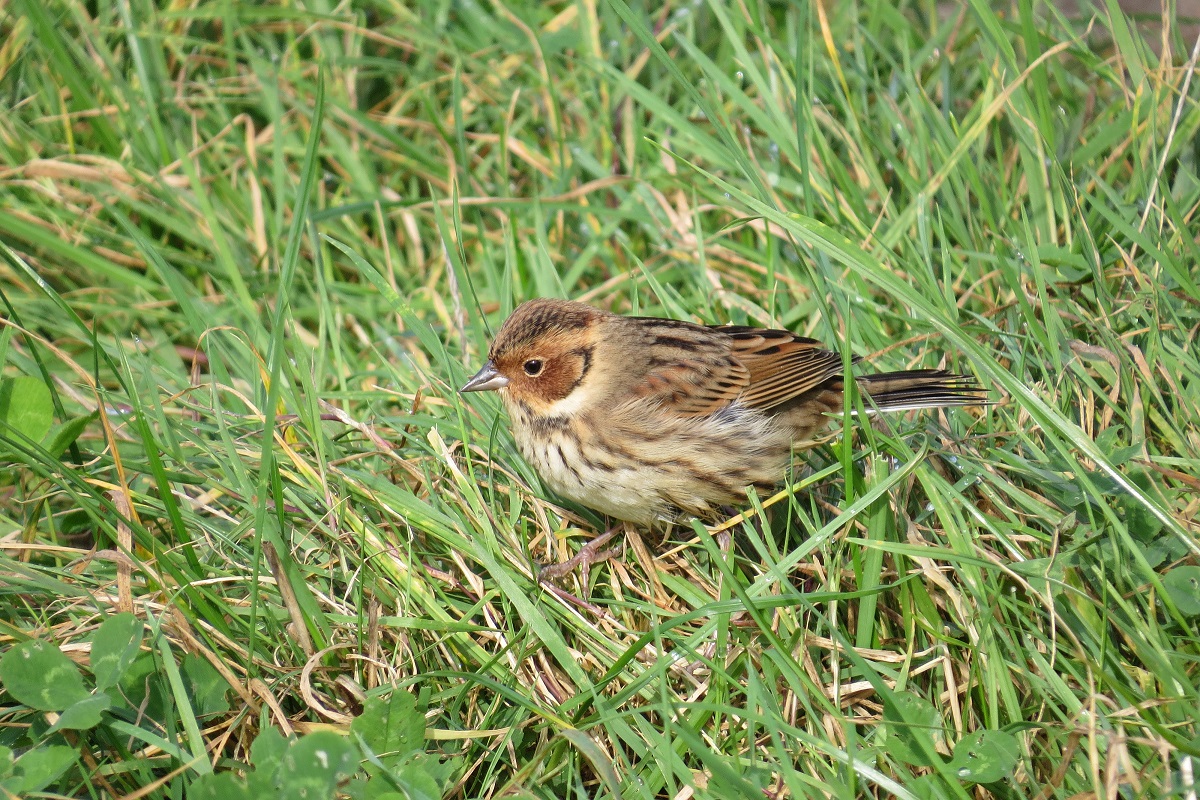 Germany's third Swainson's Thrush was a great surprise well inland at Markgröningen, Baden-Württemberg, on 31st — unfortunately it was discovered by a local cat before any birdwatchers and had sadly perished.

The Western Palearctic's fourth Ruby-crowned Kinglet was a fine way to round off a memorable month on Corvo, Azores. Discovered on 31st, the bird was still present on 1st and represents the first confirmed record for the archipelago (another recent report is under assessment). Other Azorean records included a Belted Kingfisher at Paul da Praia, Terceira, on 1st and a Chimney Swift close by at Cabo da Praia on 27th. 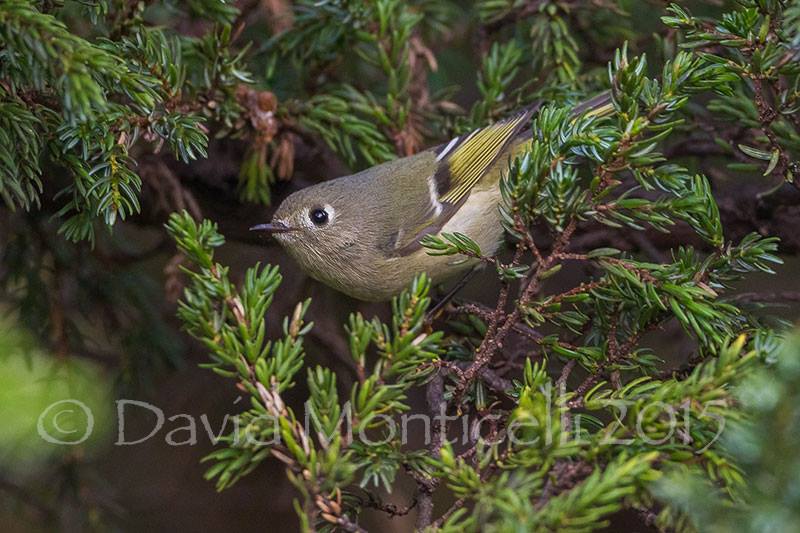 A Pallas's Warbler at Batumi, Georgia, on 29th was a national first; Malta's fourth Paddyfield Warbler was at Simar Nature Reserve on 30th and an Isabelline Wheatear graced Ouessant Island, France, on 27th. Yet another Dutch Black-winged Kite record came from Wimmenum, Noord-Holland, on 30th.