Last week's soaring temperatures and often clear conditions were replaced by a bitterly cold northerly wind and snow showers, which put migration on halt somewhat. In weather more suited to an arrival of white-winged gulls or perhaps a Gyr Falcon or Ross's Gull, the reappearance of the much-loved Black-browed Albatross to Bempton Cliffs RSPB, East Yorkshire, from 30th proved a pleasing surprise.

Appearing three months earlier than in 2021, last year's Birdwatch magazine 'Birders' Choice Awards' bird of the year started right where it left off with outstanding views in and around the Staple Newk Northern Gannet colony. Amazingly, there are now two adults in the North Sea, with news of one filmed off the Danish coast on 2nd while the Yorkshire bird was still present. Might they happen to meet at Bempton in the weeks and months ahead, perhaps? No fewer than three Blue-winged Teal were very welcome – 1997 is the only other time so many have been present simultaneously in March. Two on 28th included Buckinghamshire's first record, a female at Little Marlow. Another female at Berry Fen, Cambridgeshire, from 30th was seemingly paired with a male Garganey, a hybrid combination rarely recorded in the wild.

In Shetland, a drake American Black Duck at Ordale, Unst, on 2nd proved an unfortunately brief visitor. A rare bird anywhere in Britain, it is the seventh for Shetland and the archipelago's first since June 2013 (when one was at Loch of Hillwell). 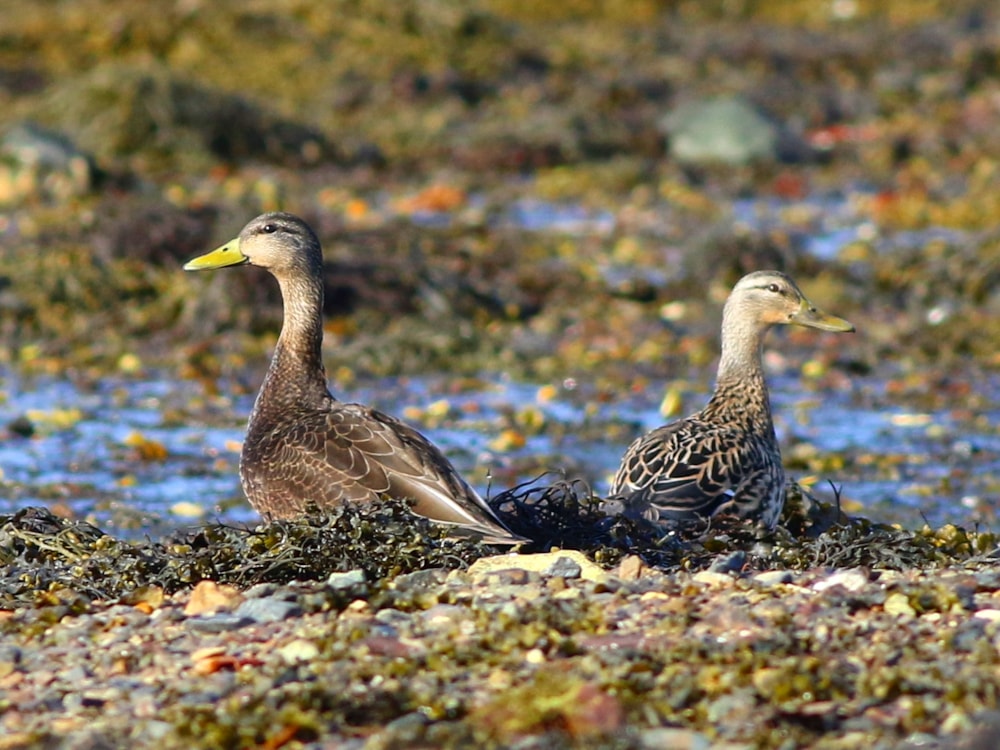 Further south, spring migrants continued to trickle in despite the week's weather, peaking with a male White-spotted Bluethroat trapped and ringed at Charleston Reedbed on 31st. Elsewhere, an Alpine Swift flew west over Brownwich and Chilling, Hampshire, on 29th, and six Hoopoes were logged (four in south-west England between Dorset and Scilly, one at Gibraltar Point, Lincolnshire, and a notable record in the far north at Tongue, Highland). 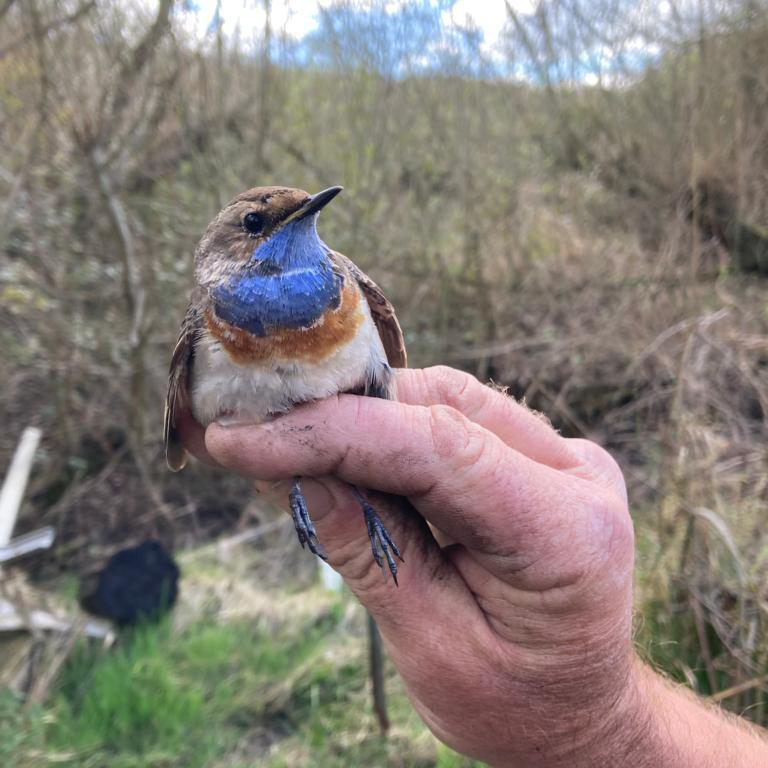 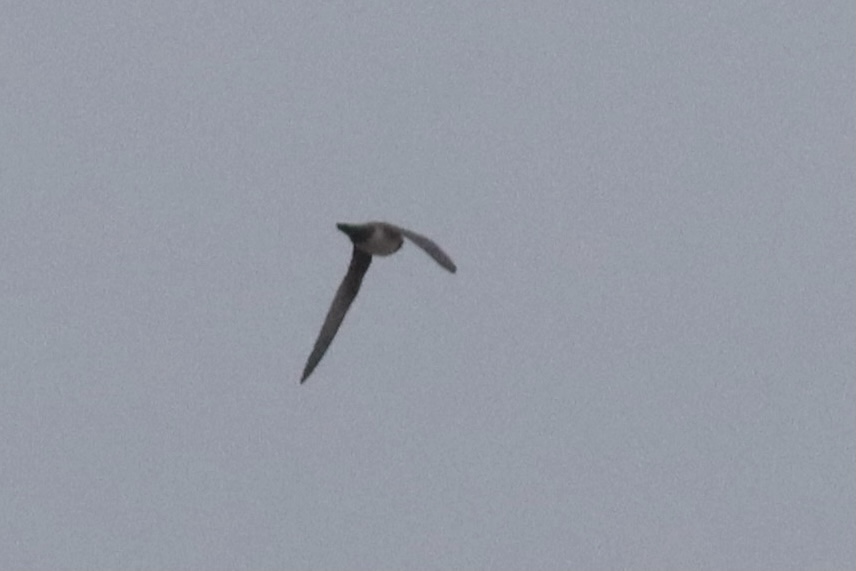 Two Eurasian Penduline Tits lasted at Weston-super-Mare, Somerset, until 29th, the same day a possible Siberian/Stejneger's Stonechat was noted at Wicklow Head, Co Wicklow. The Belted Kingfisher continued along the River Darwen near Roach Bridge, Lancashire, throughout, as did the Hume's Leaf Warbler at Eastbourne, East Sussex.

A possible first-winter female Pallid Harrier photographed at Pen Anglas Point, Pembrokeshire, on 3rd would be the second county record if confirmed. 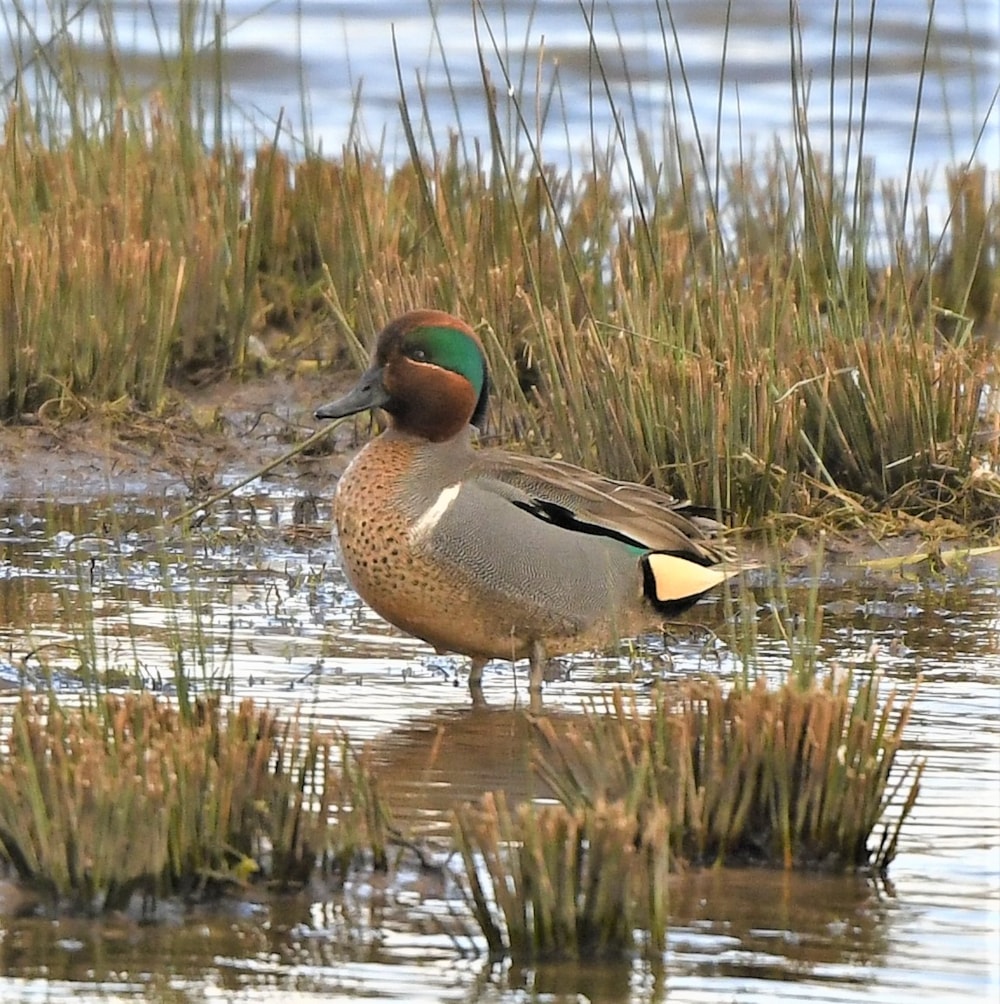 Essex was treated to a drake Lesser Scaup at Abberton Reservoir from 28th, the site's first since 2005. Another new bird – a female – was at Lough Clubir, Co Cork, from 31st, while, elsewhere, birds remained at Castle Loch NR, Dumfries & Galloway, Coatbridge, Clyde (two), and in the Outer Hebrides at Loch Stiapavat, Lewis, and West Loch Ollay and Loch Bee, South Uist.

Last seen in Staffordshire on 6 February, the female Ferruginous Duck was back at Belvide Reservoir on 30th and appeared to be paying particularly intimate attention to a drake Common Pochard … Ring-necked Duck were at four new locales – Acre Nook Sand Quarry, Cheshire, Ringstead GPs, Northamptonshire, Edgbaston, West Midlands, and Lough Corrib, Co Galway (two) – with examples of this popular Aythya at 23 sites in total. 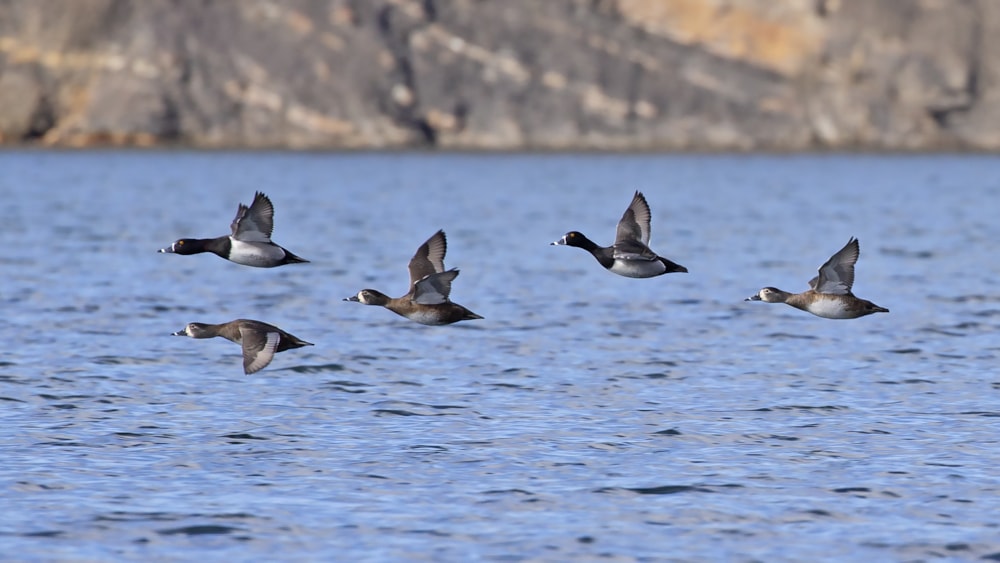 The White-winged Scoter, King Eider and three Surf Scoter were again off Musselburgh, Lothian, with another King Eider still at Loch Fleet, Highland. A Black Scoter was reported off Rossbeigh, Co Kerry, on 1st; Surf Scoter were off Pentewan, Cornwall, and Pendine, Carmarthen (two).

The now expected early-spring build-up of White-billed Diver off north-west Scotland continued, with five Aberdeenshire and Moray & Nairn locations reporting sightings. Peak count was a hefty 17 at Portsoy on 2nd. Three more were off Shetland, with others off Embo, Highland, Lewis, Outer Hebrides, and Papa Westray, Orkney. Significantly less expected was a Great Shearwater taken into care near Wisbech, Cambridgeshire, on 1st. 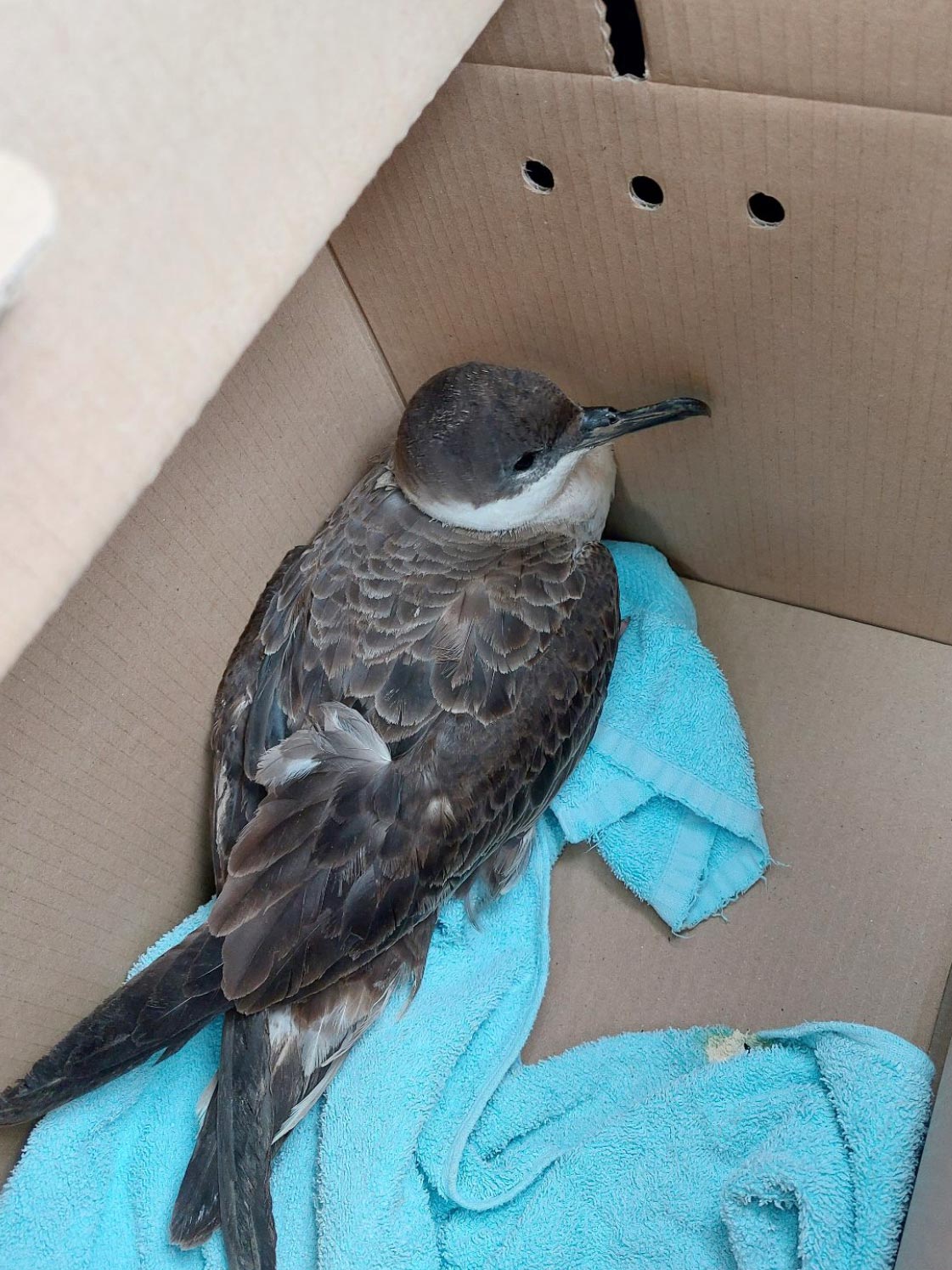 The second-winter Bonaparte's Gull remained at Chichester GPs, West Sussex, although a drop-off in Ring-billed Gull numbers saw just three recorded: an adult at Bann Estuary, Co Londonderry, and first-winters at Cork City, Co Cork, and on Tiree, Argyll. Kumlien's Gulls at Smithy Fen, Cambridgeshire, and Allasdale, Barra, Outer Hebrides, both made it into April. On 3rd, a Pacific Golden Plover was a smart find among European Golden Plovers at Carlton Marshes, Suffolk and a Pectoral Sandpiper was at Ballycotton, Co Cork. The White-tailed Lapwing continued to perform delightfully at Frampton Marsh RSPB, Lincolnshire, a Lesser Yellowlegs was still at Minsmere RSPB, Suffolk, and a Temminck's Stint remained at Cliffe Pools RSPB, Kent. A Eurasian Stone-curlew was at Cooper's Green GPs, Hertfordshire, on 29th, with the Semipalmated Plover again at Crookhaven, Co Cork, on 3rd. 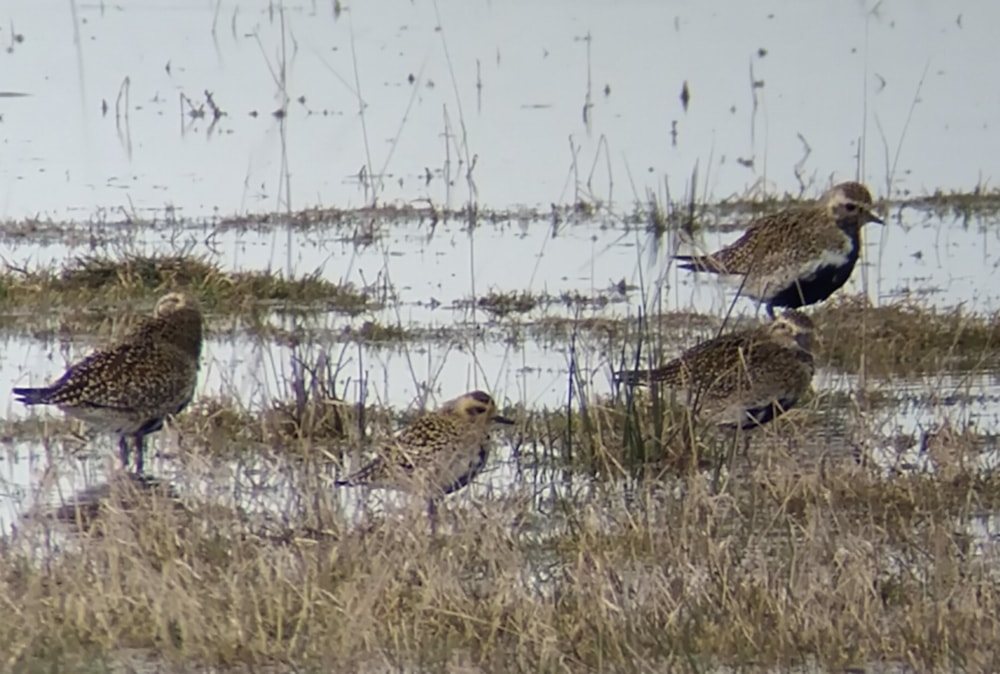 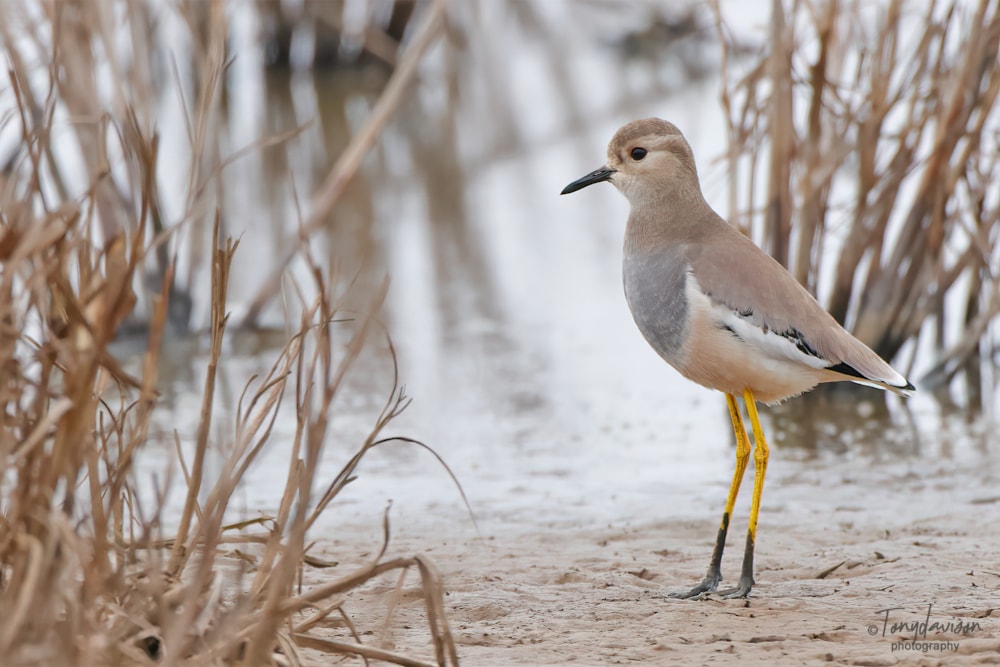 An adult Black-crowned Night Heron was at Nanjizal Valley, Cornwall, on 31st, with Glossy Ibis at 35 sites during the week, including birds lingering in the far north at Reay, Caithness, and Westray, Orkney. A Common Crane hung around Durham and Northumberland from 28-3rd, while three headed south over Staveley, North Yorkshire, on 2nd. 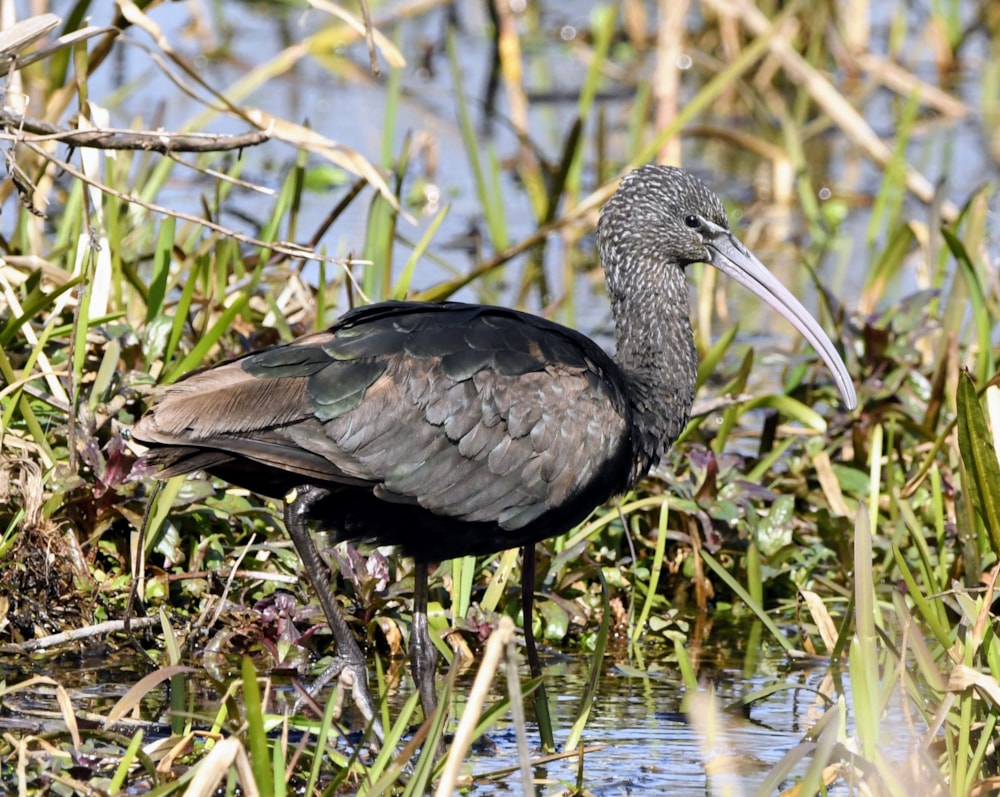 Two Black Storks were belatedly reported from Fingringhoe, Essex, on 2nd, having been present on a nearby workings on 27th. White Storks – most presumably relating to wandering birds from Knepp – overflew 11 counties, with the unringed individual still at Worth Marsh, Kent. 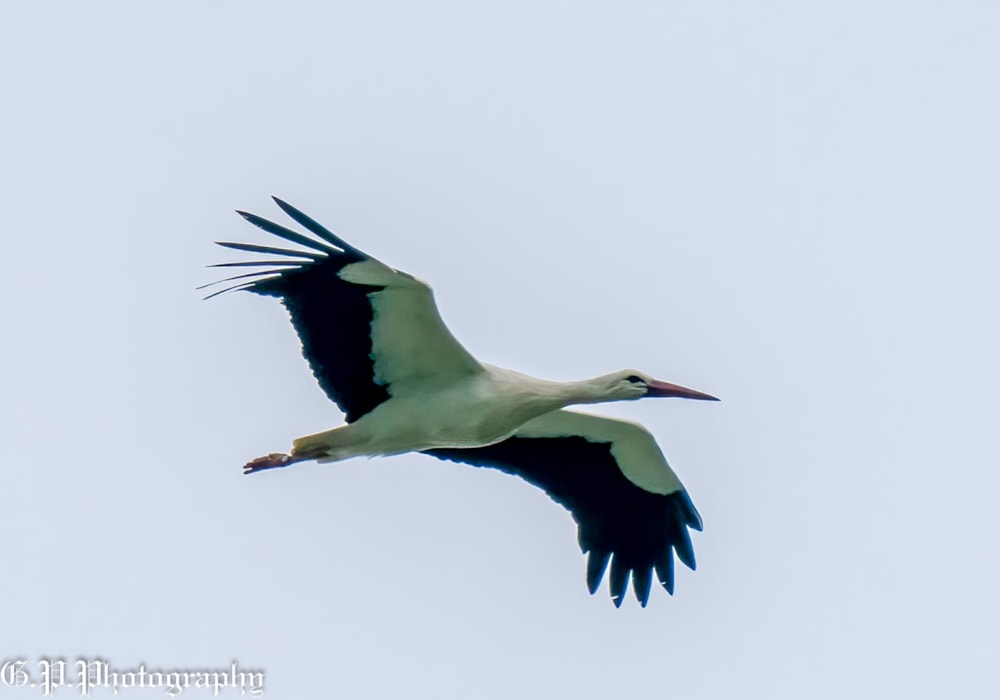 Thankfully, a rescue attempt for the male Sperm Whale seemingly 'stuck' in South Whiteness Voe, Shetland, was successful on 30th and the mammal was last seen past Hildasay that afternoon.

Denmark enjoyed an action-packed few days: an adult Black-browed Albatross was filmed at close quarters off a fishing boat 60 km WNW of Hantsholm on 2nd, with the Stejneger's Scoter still off Mellbystrand the following day. Arguably best of the bunch was last week's Sandhill Crane making an appearance at Tranekær on 31st. A Pied Crow of unknown origin was at Rügen, Germany, on 21st before crossing over the border to Bornholm, Denmark, on 27th.

A male Eastern Black-eared Wheatear was in the centre of Nice, France, on 30th, while the satellite-tagged Eastern Imperial Eagle continued to wander. Belgium's drake Falcated Duck was at Snellegem on 2nd, with a Baikal Teal and Western Swamphen still in The Netherlands.

White-winged Scoter were still at Keflavík and Reykjavík, Iceland, with the Siberian Rubythroat still at Vargön, Sweden. Ukraine's first Black-throated Accentor was still at Kuchurhan on 23rd. 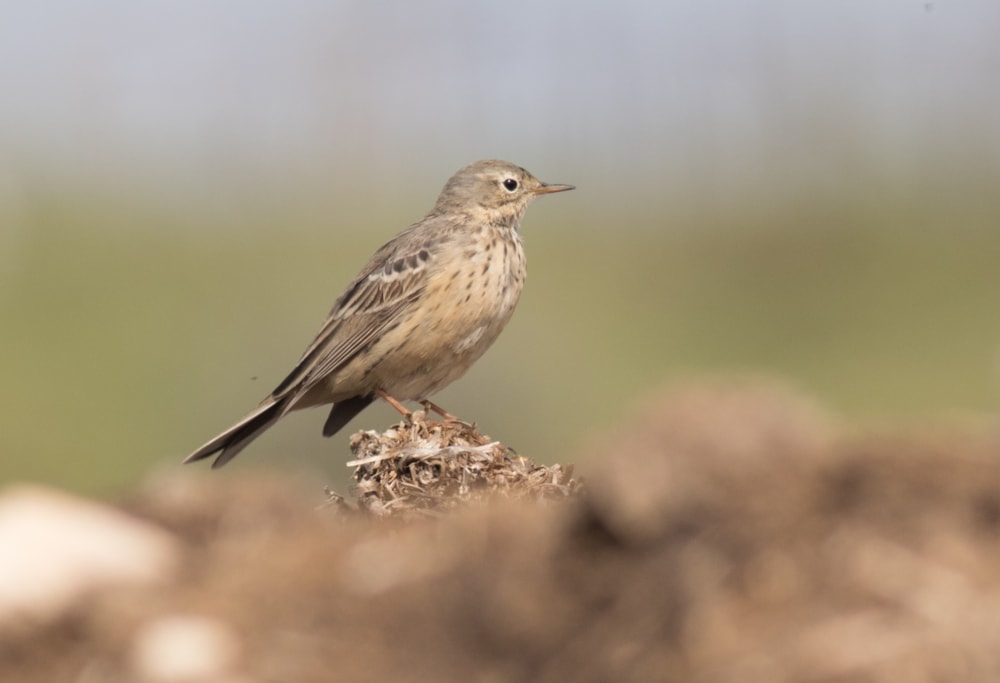