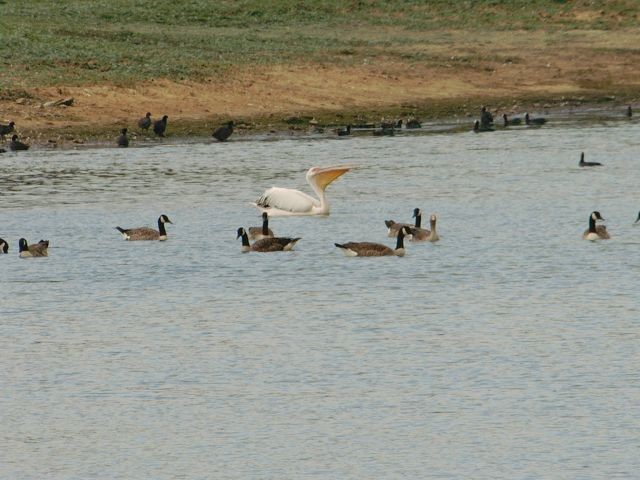 Great White Pelican currently forms no part of the British list, residing alongside such hotly disputed species such as Baikal Teal, Hooded Merganser, White-headed Duck, and Greater Flamingo to name but a few. Despite a number of records over the years, some of which were thought to have better credentials than others, there has always been reasonable doubt that they have ever occurred in a natural state and as such it has been placed in Categories D and E. Will the arrival of an adult Great White Pelican at Bough Beech Reservoir (Kent) on the morning of Sunday 30th do anything to change that? In most years such a record will probably have not generated much interest, but this year this bird, arriving on the back of a searing heatwave and correlated with birds in northwest Europe and Iberia, have led some observers to consider that it may well have the credentials to sneak into category A of the British List. There is also a Dalmatian Pelican at large, moving from Poland to Germany in July, perhaps lending further credence to the record, or pointing towards a mass escape of pelicans from somewhere! Additionally, a pelican species was also reported off Northern Ireland in early June and another in late May in Norway. Of course the Kent record will be assessed on the basis of the movements of all birds in Europe during this late summer period, to see whether it fits with a dispersal of wild birds or relates to wandering known escapes, though many active birders will have travelled to see it - just in case. 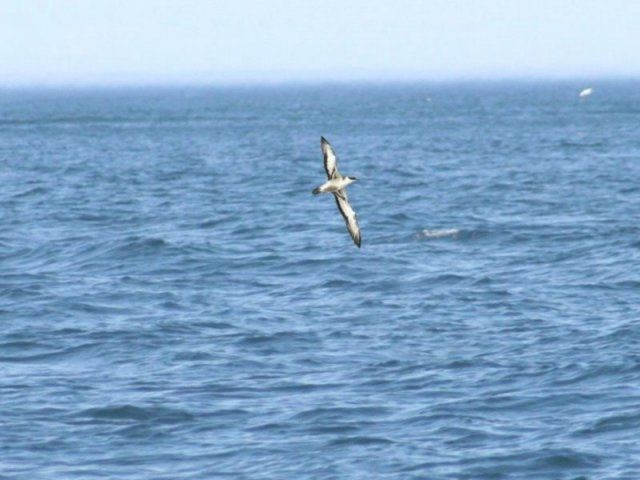 The heatwave finally slipped away and in its wake came onshore winds and seawatching weather in Ireland and the Southwest. A Fea's Petrel passed Brandon Point (Co. Kerry) on the 31st, whilst large shearwaters were in evidence, with good numbers of Cory's and small numbers of Great Shearwaters, nearly all off southern Ireland and the southwest. A superb 900 Cory's Shearwaters were observed passing Galley Head (Co. Cork) on 30th, and 72 went past Porthgwarra (Cornwall) the same day; by contrast just one Cory's was reported in the North Sea, one off Northumberland. Great Shearwaters were present in the mix in smaller numbers, usually single figures, though 20 passed Galley Head on 30th and one past St. Bee's Head (Cumbria) on 29th was the only sighting away from the main area of activity. Good numbers of Balearic Shearwaters included 60+ past Porthgwarra on 29th with 45 the following day. Wilson's Storm-petrels from the Scilly pelagics included one on 28th and 8 on 31st, though the only Sabine's Gulls were singletons past Brandon Point on 1st and the Bridges of Ross (Co. Clare) on 2nd. 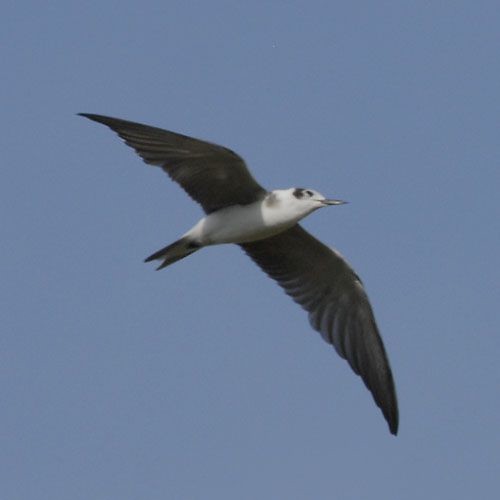