Gloriously blue skies and rocketing temperatures were the norm for most parts of Britain and Ireland this week as a particularly warm and dry June came to a close.

While it'd be nice to say that the birding was as red hot as the weather, it'd be unrealistic to be expect much from a roasting week in late June. In fact, the best find of the period was a pretty classic discovery for the time of year: a beautiful Pacific Golden Plover in full breeding attire in Cornwall. First seen at St Gothian Sands LNR, on the outskirts of Gwithian, it performed very well there on the afternoon of 29th and again early the following morning before flying off towards St Ives. Perhaps predictably, it was relocated on the Hayle Estuary later that day and showed well there to 1st. 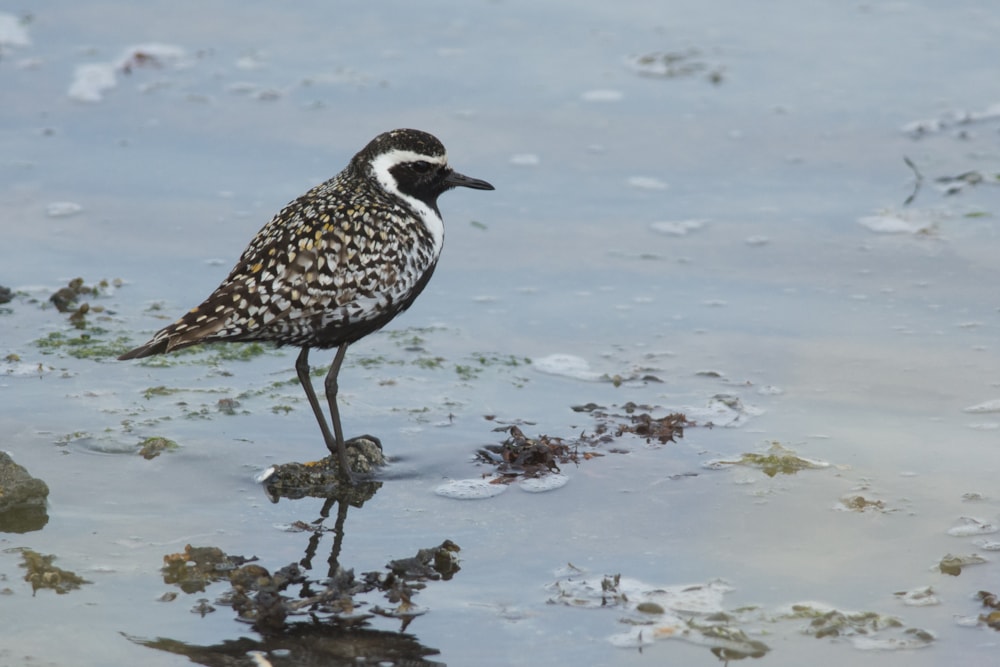 Also well appreciated was a Squacco Heron in the Kilnsea and Spurn area of East Yorkshire from 29-1st. Though it moved around several spots in the area, it favoured the new reserve at Kilnsea Wetlands, which has produced a great succession of good birds in the past couple of years. 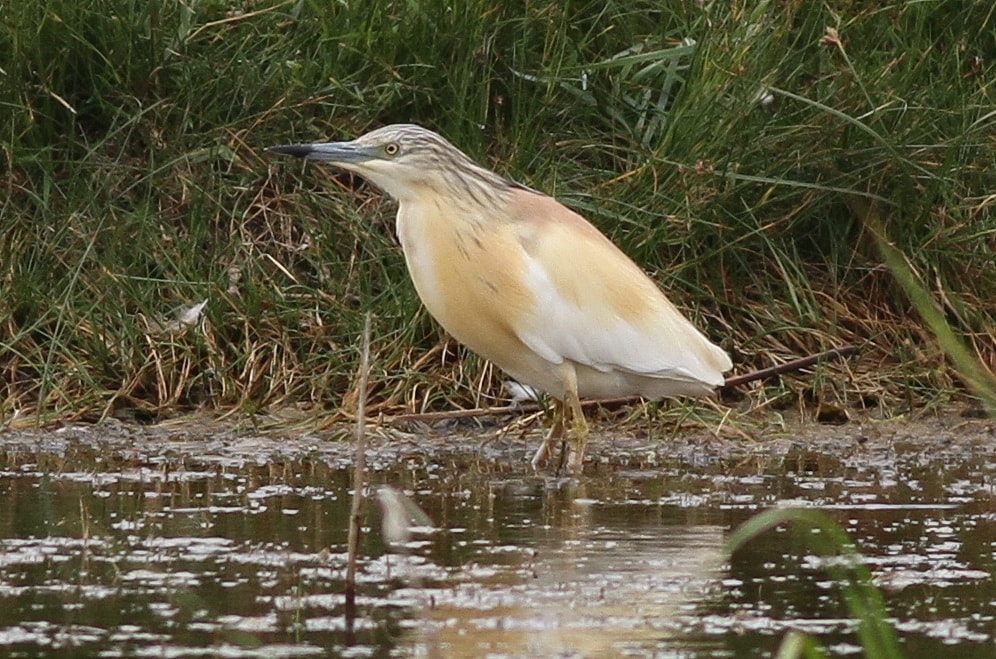 But the rarest arrival of the week wasn't actually a bird – it was a dragonfly. Britain's first Yellow-spotted Emerald was discovered at Carlton Marshes, Suffolk, on 2nd, but was on view for less than a couple of hours before disappearing. As we have seen many times in the past, continental arrivals often come in influxes, so here's hoping that more records may follow – particularly if the current weather conditions continue. 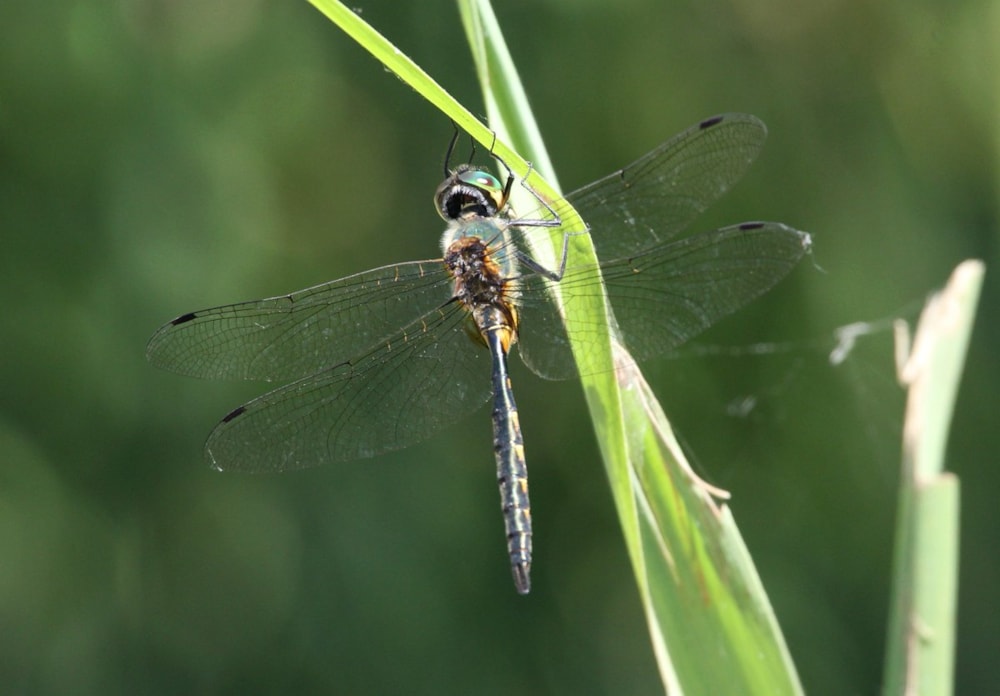 There was also a noticeable influx of Lesser Emperor dragonflies, while Large Tortoiseshell butterflies were seen at Portland, Dorset, on 1-2nd and Dawlish Warren, Devon, on 2nd. Moth news included an Orache Moth trapped on the outskirts of Norwich, Norfolk, on 2nd and a couple of Dark Crimson Underwings in Suffolk traps on the morning of 3rd. 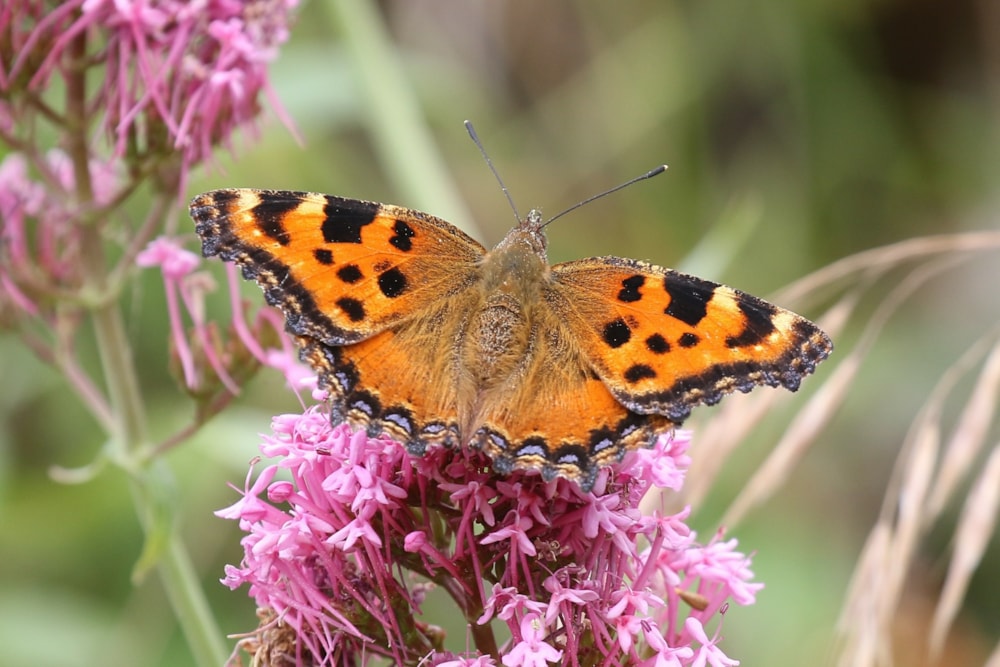 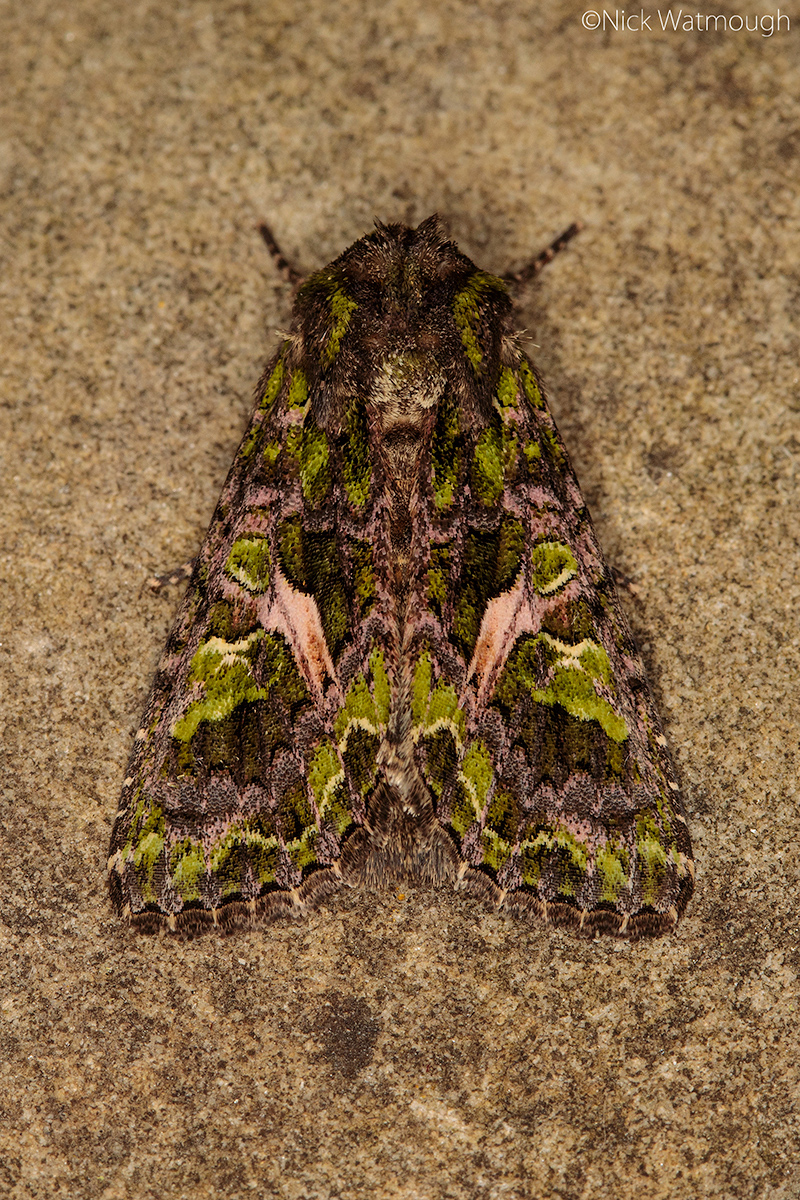 In London, the first-summer Bonaparte's Gull was seen regularly at Crossness to 2nd, while it also paid a visit to nearby Beckton on 1st. Elsewhere, the adult remained at Oare Marshes, Kent, though its breeding pristineness is now over for another year as it begins to moult its inner primaries, and a Franklin's Gull was seen on the Hayle Estuary on the evening of 1st. 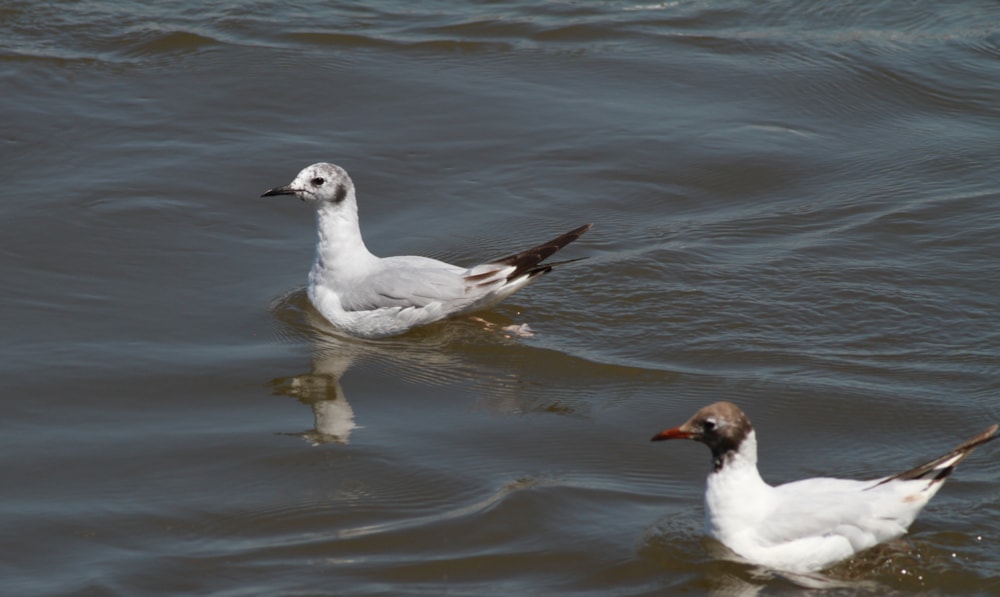 Fair Isle has an innate ability to attract rare passerines even during the peak weeks of summer, as evidenced by a male Rustic Bunting there on 2nd. Meanwhile, some 160 km to the north, on Unst, the male Black-headed Bunting was seen again at Valyie, Norwick, on 30th and 1st.

The male Great Reed Warbler was last reported from Fen Drayton Lakes, Cambs, on 29th, while the Iberian Chiffchaff was still singing at Thurstaston Common, Cheshire, on 30th and the summering female Eastern Subalpine Warbler lingered on Fair Isle to at least 27th.

The long-staying Golden Oriole was still on Fetlar, Shetland, on 26th, although last week's male in Gloucestershire could not be found. A European Bee-eater lingered at Kilnsea, East Yorks, on 27th, with three up the coast at Buckton on 3rd. Another was on wires at Polgigga, Cornwall, on 1st, with fly-overs logged in Nottinghamshire and Rainham Marshes RSPB, Greater London. A Hoopoe was a brief visitor to a garden at Coates, Glos, on 27th, while an Alpine Swift north over Broseley, Shrops, was a great record for the date (29th).

Shetland claimed a couple of Red-backed Shrikes with a male on Fair Isle throughout and a female at Sandwick on 1st. Further south, a male drew good crowds to Thursley Common, Surrey, from 27-30th. In total 13 Rosy Starlings were noted, including a new bird in a garden in Peterborough, Cambs, on 29th and two at Red Strand, Co Cork, on 28th, as well as further new individuals at Combwich, Somerset, on 30th and West Pentire, Cornwall, from 1st. 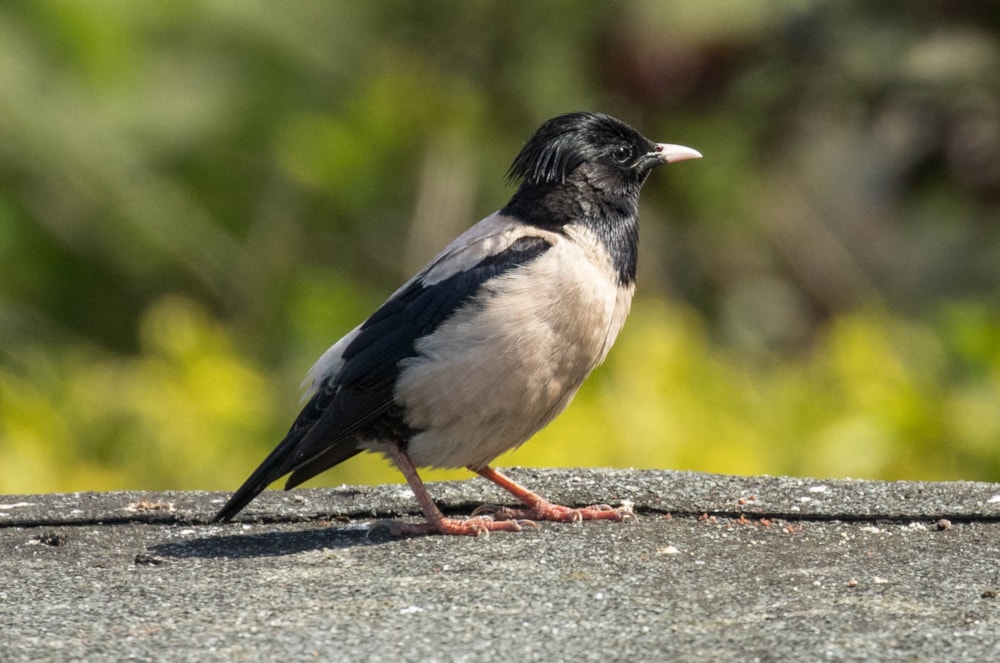 The drake King Eider relocated south from Ythan Estuary to the seas off Murcar Golf Course, Aberdeenshire, from 1st, but unusual wildfowl were otherwise lacking. Shorebirds were relatively few and far between, with a Red-necked Phalarope visiting St John's Loch, Highland, on 27th and another still on North Ronaldsay, Orkney. The Black-winged Stilt was still at Potter Heigham Marshes, Norfolk, on 29th, although the lack of a mate means breeding isn't on the cards this year.

A couple of European Honey Buzzards remained on show at Wykeham raptor watchpoint, North Yorks, throughout the week, while two were also seen at Swanton Novers, Norfolk, on 30th – the first report at the site for a few years. Meanwhile, the female Montagu's Harrier continued at Blacktoft Sands, East Yorks, and the female Snowy Owl remained on St Kilda, Outer Hebrides. 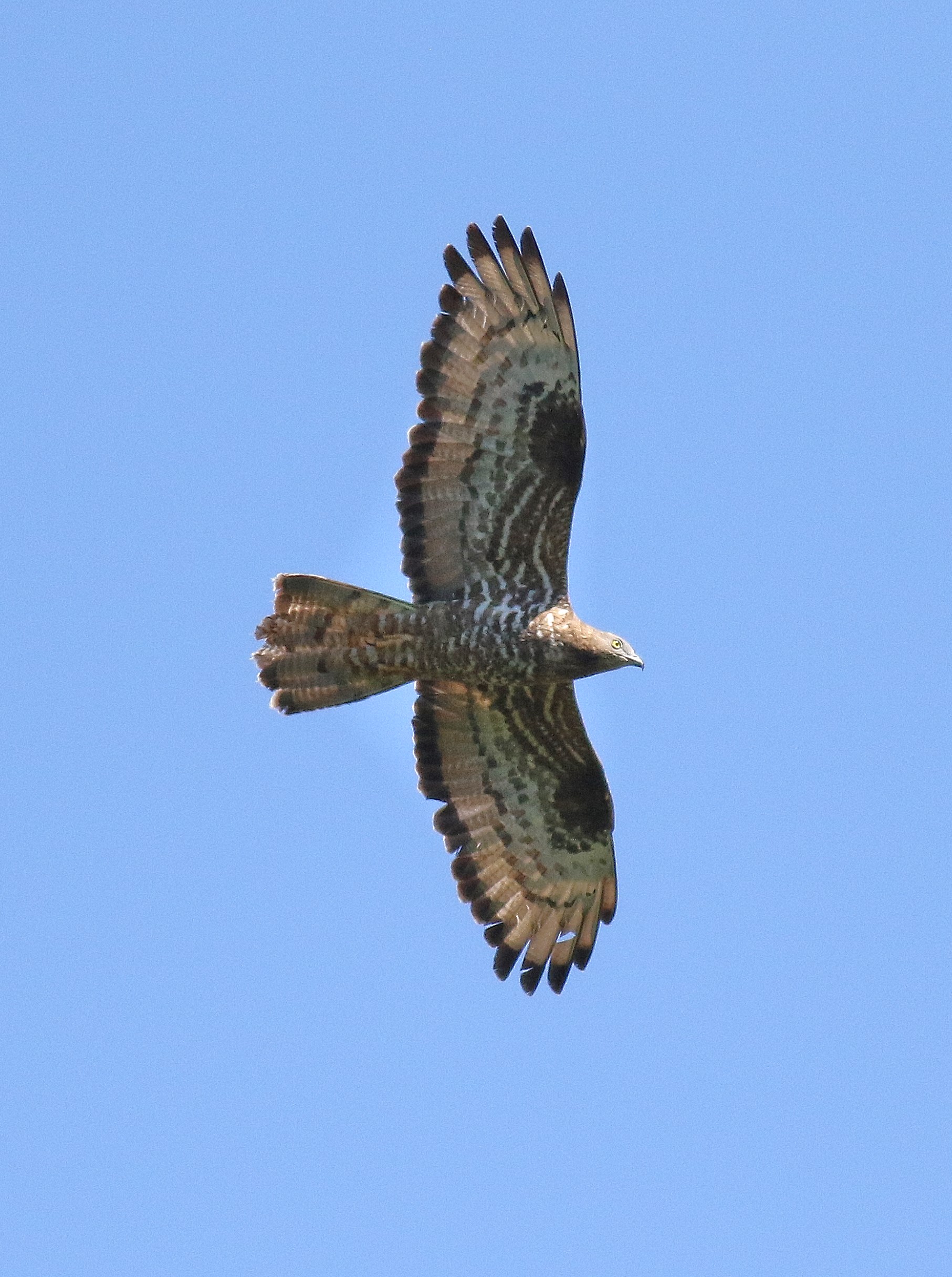 It was a desperately quiet week around the region. Long stayers included the regular Black-browed Albatross still on Sylt, Germany, a couple of Lesser Flamingos at Laguna de Fuente de Piedra, Spain, and the Dwarf Bittern still on Fuerteventura. Of potential interest to British birders, a Great White Pelican flew over Scharendijke, The Netherlands, on 30th, while there was a Lesser Spotted Eagle in Belgium. In Iceland, a new American White-winged Scoter was found at Ingólfsfjörður, while late news concerned the country's second Black-throated Diver, photographed at Siglufjörður on 5 June.