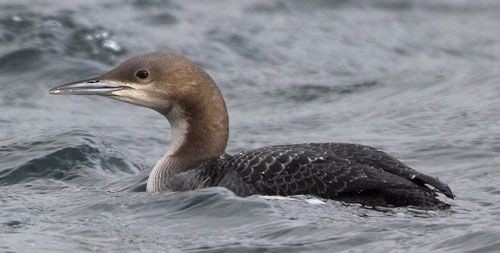 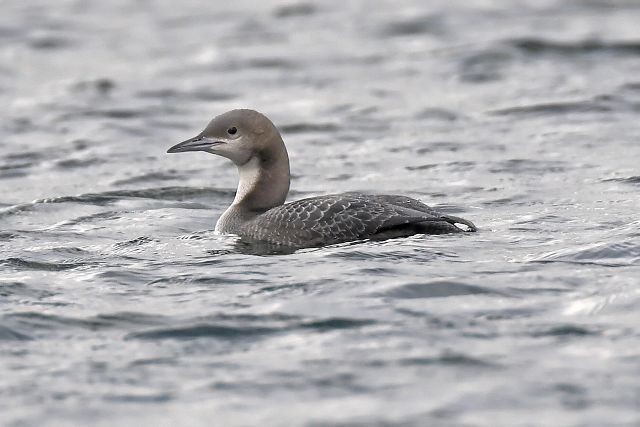 
The winter of British 'firsts' continued this week in the shape of a Pacific Diver at Farnham GPs (N. Yorkshire). This bird is also a first for the Western Palearctic, though one other British record is presently under consideration. Long-expected on this side of the Atlantic, it was always going to be a showy, or moribund, bird that made the grade, though few would have expected one well inland near Harrogate in North Yorkshire! The bird had apparently been present for a couple of weeks, but news of its presence, and its positive identity, finally reached the birding community on Monday morning and news was immediately released as a 'mega'. Pacific Diver is the North-American equivalent of Black-throated Diver and has long been treated by the American Ornithologists' Union (AOU) as a separate species. Probably the most abundant species of diver in North America, it breeds from Hudson Bay west to Alaska and northeastern Siberia. In winter it is found along the Pacific coast of North America, but more importantly it also occurs along the Atlantic Coast, where most reports occur from Maine to Virginia, and irregularly south to the Gulf Coast and Florida - an ideal wintering distribution for one to reach Europe. Now that birders are familiar with what to look for, how long before the next? 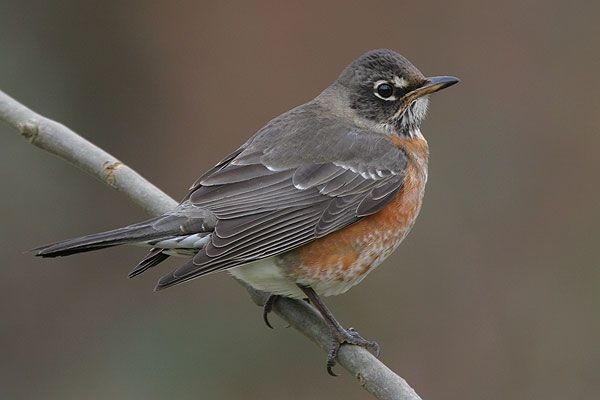 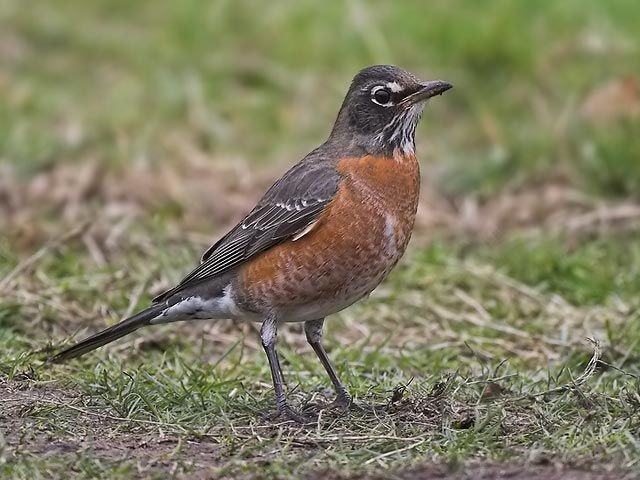 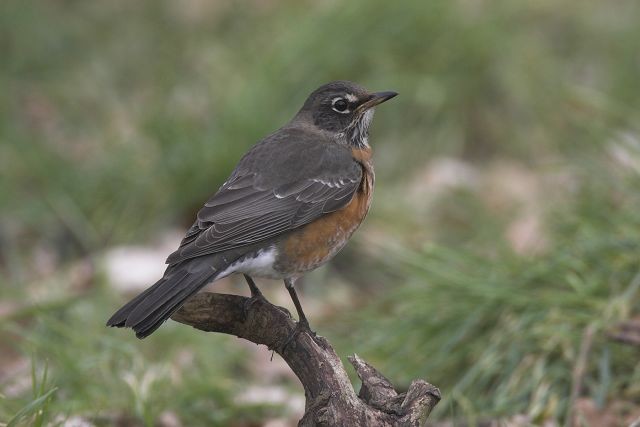 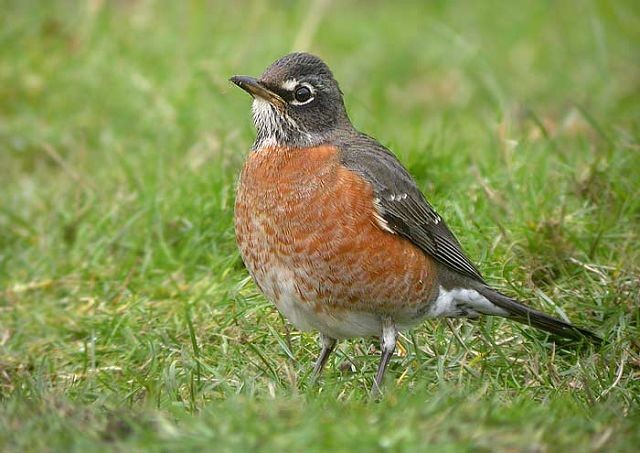 In West Yorkshire the 1st-winter American Robin continues to perform in Bingley, allowing many a more colourful diversion on their way back from the diver. Another garden thrush was a fine male Black-throated Thrush present at Rothesay on Bute from 28th onwards, though it had apparently been present since last week. There is no doubting that gardens do offer up some superb birds from time to time!

A Penduline Tit was at Swanscombe Marshes (Kent) on 29th and one remained at Rainham Marshes (London) to at least the 27th. The Richard's Pipit remained at Tanybwlch (Ceredigion) and another was at Gribbin Head (Cornwall) on 25th. Yellow-browed Warblers were at Helston (Cornwall), Portland Harbour (Dorset), Plymouth (Devon) and Hawley (Hampshire) and in Worcestershire two Siberian Chiffchaffs were at both Wyre Piddle and Kempsey southwest. Five Great Grey Shrikes included two in the New Forest (Hampshire) and the largest gatherings of Waxwings were 45 at Longforgan (Perth and Kinross) and 30 in Bolton (Gtr Manchester). Shore Larks remained at Cley and Holkham Gap in Norfolk, Coldharbour (Kent) and the inland bird at Holmfield (W. Yorks) was yet another diversion on offer for diver and robin-watchers. A flock of 14 Lapland Buntings were at Flamborough Head (E. Yorks), two remained at Nanjizal (Cornwall), plus three other east-coast singletons. The Rose-coloured Starling was still present at Kidwelly (Carmarthen). 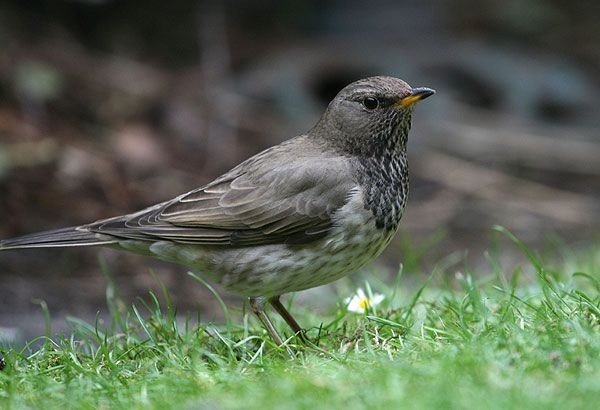 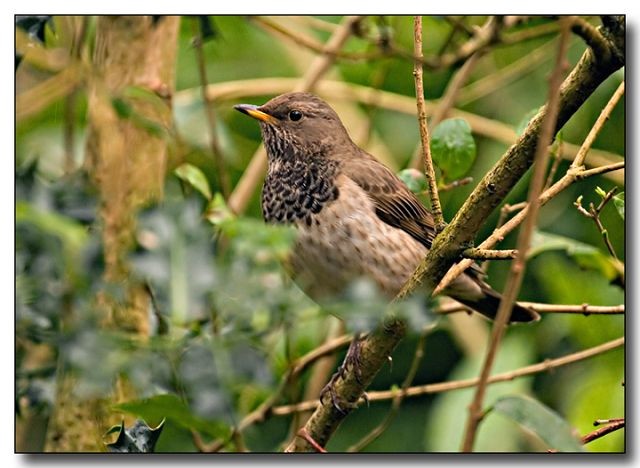 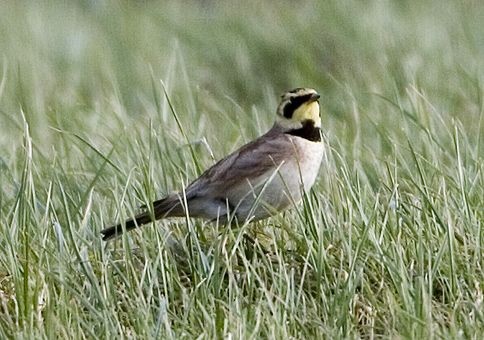 
A white Gyr Falcon was at Stepper Point (Cornwall) on 30th and Crugmeer (Cornwall) on 31st and has apparently been in the area for a couple of weeks; many will be hoping that it gets pinned down and shows well. In Norfolk the Black-eared Kite remained at Snettisham and in Kent the wintering Rough-legged Buzzard was still on the Isle of Sheppey. A Cattle Egret passed over Sevenoaks WR (Kent) on 31st and the long-staying Cattle Egret remained in Devon. A White Stork, of unknown origin, was at Ebberston (N. Yorks) to 27th with presumably the same bird over York on 29th, and the Great Bustard remained on Kennard Moor (Somerset). 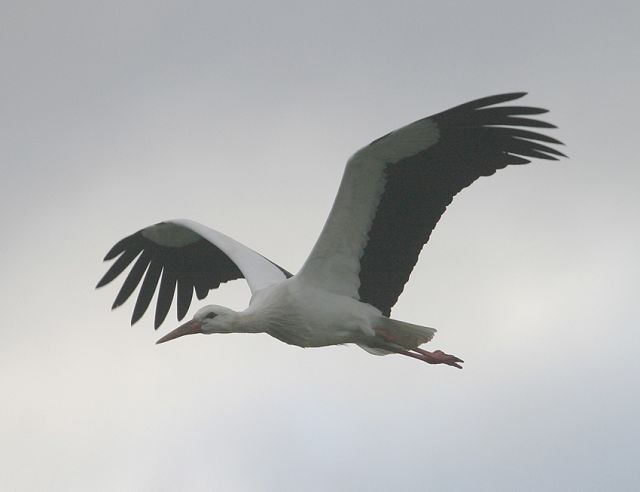 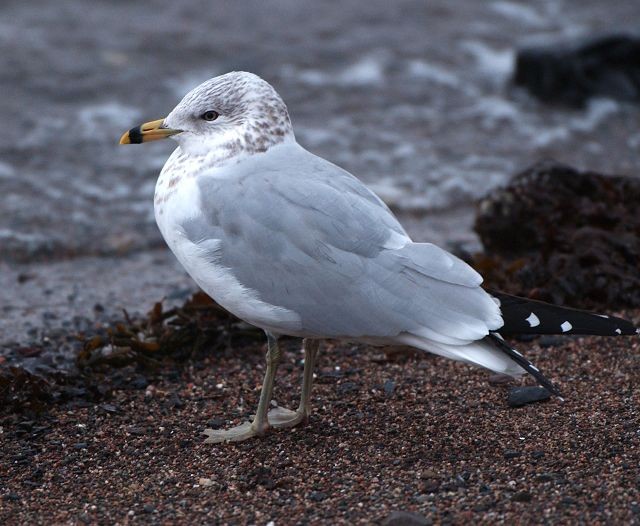 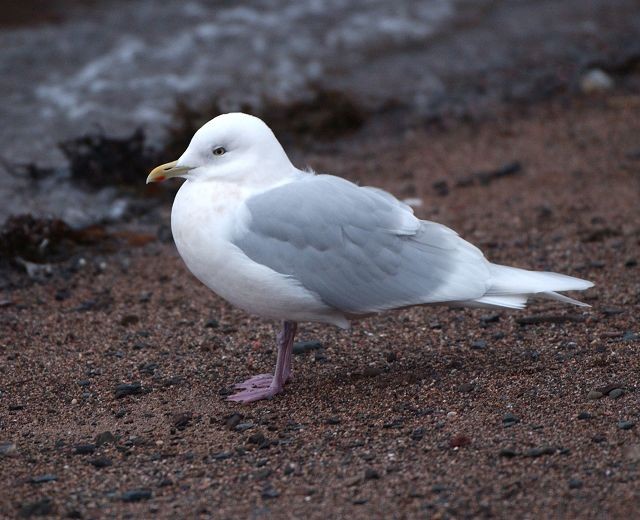 There were adult Forster's Terns at Nimmo's Pier (Co. Galway) and Pilmore Strand (Co. Cork), and the Laughing Gull was again at Stover CP (Devon) on 25th. The 1st-winter Bonaparte's Gull was on Tresco (Scilly) on 26th, with the 2nd-winter at the Otter Estuary NR (Devon) on 31st and the adult still at Ferryden (Angus/Dundee). Around a dozen Ring-billed Gulls included four at Nimmo's Pier, where the 4th-winter American Herring Gull was also present. Iceland Gulls still easily outnumbered Glaucous Gulls, with up to 12 on offer at both Nimmo's Pier and Culmore Dump (Londonderry), though four at Ogston Reservoir (Derbyshire) was a good inland showing; several Kumlien's Gulls were also reported. In Shetland there were two White-billed Divers off Kirkabister on the 31st. Long-staying Long-billed Dowitchers included birds in Kent, Co. Louth and Anglesey, and the Spotted Sandpiper remained on the Hayle Estuary (Cornwall) as did the Lesser Yellowlegs at Thornham (Norfolk) and Rosscarbery (Co. Cork). A Grey Phalarope was at Crossness LNR (London) on the 25th. 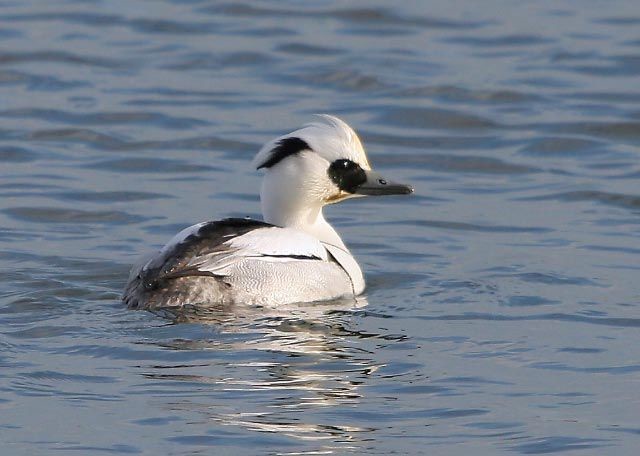 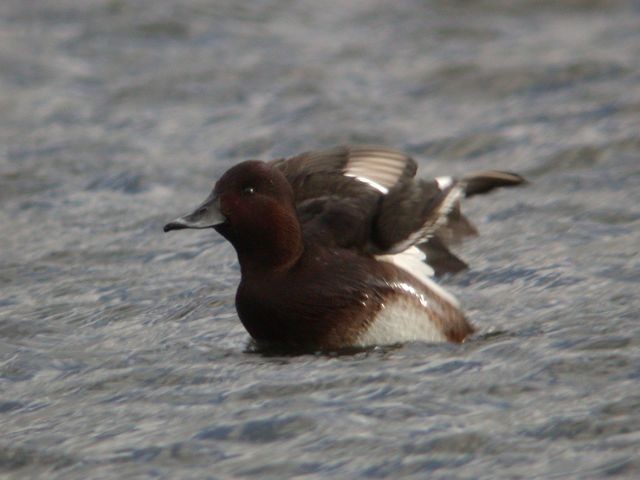 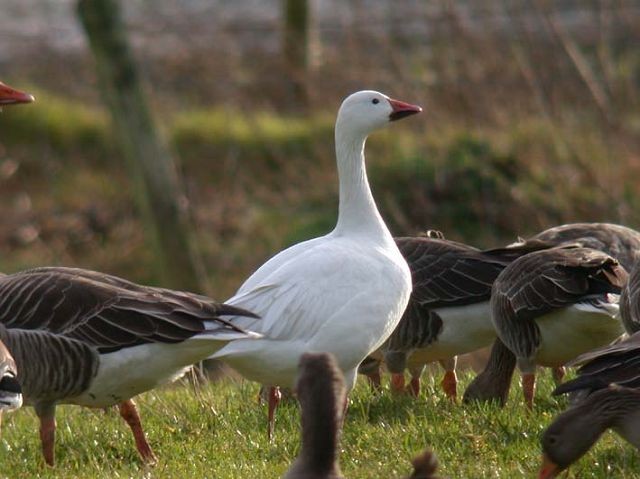 
The contingent of rare ducks on offer included the drake Barrow's Goldeneyes still in Forth and Co. Down, and the female Bufflehead still in Co. Clare. Lesser Scaup included birds still at Sonning Eye (Oxon), Benbecula (Outer Hebrides) and Clea Lakes (Co. Down), and female Ferruginous Ducks were still at Elstow GPs (Beds) and New Hythe GPs (Kent). There were still at least 15 Ring-necked Ducks on offer, and scarce dabblers comprised 7 Green-winged Teal, 5 American Wigeon and the drake Falcated Duck at Cliffe (Kent). The drake Black Scoter was still off Llanfairfechan (Conwy), whilst in the southwest Surf Scoters remained off Beer (Devon) and Tolcarne (Cornwall), plus one was at Cork City (Co. Cork) and a drake still off Fife. The Red-breasted Goose in Hampshire is presumably the Dorset bird, and small numbers of Black Brants can still be found with Brent Geese flocks. White Snow Geese were still in Lancashire, Argyll and Orkney and the Richardson's Canada Goose in Northumberland. 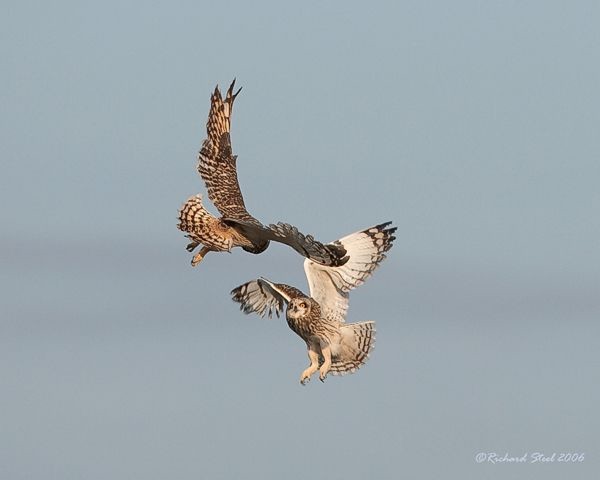 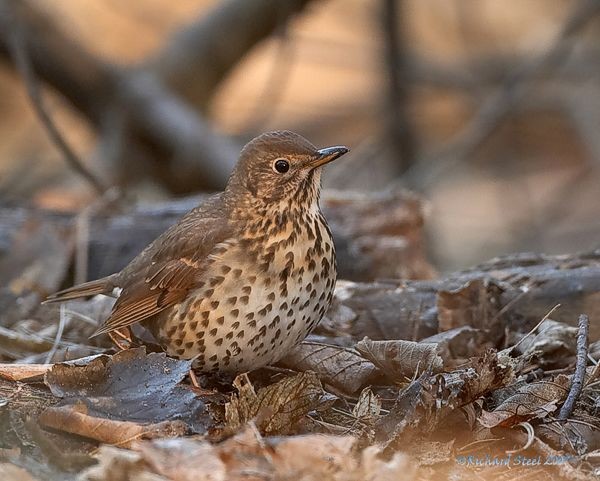 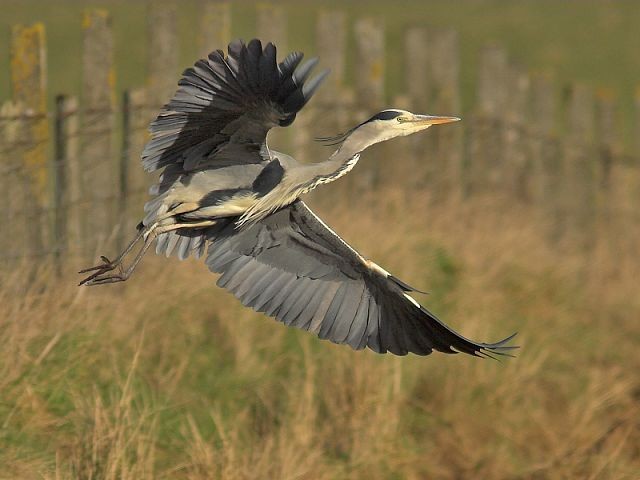 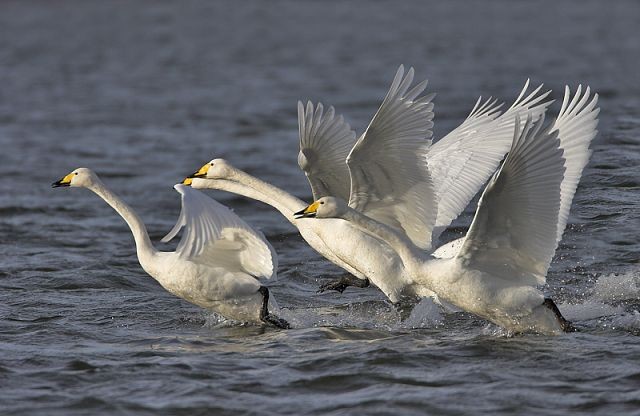 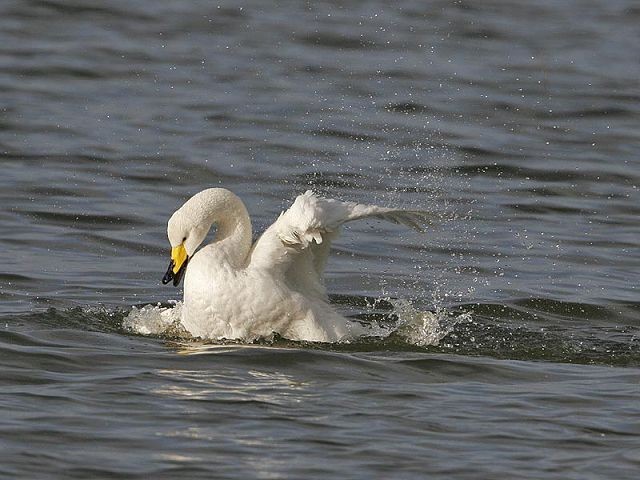