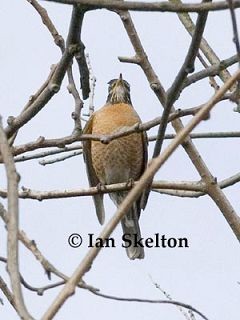 
On Monday 27th news broke of a 1st-winter American Robin in Peckham (London). Images had been sent to the RSPB who quickly established the identity of this rare Nearctic thrush. Apparently it had been present since 24th December, frequenting gardens in the area. It was seen again early on 28th, but despite searching has not been seen again since. It's amazing how many rarities perform well for the general public but as soon as birders get a whiff of their presence then they do a bunk! 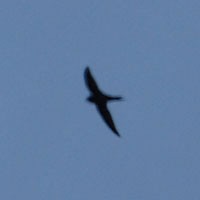 
With a switch to a much milder southwesterly airflow, migrants began to arrive in number, and associated with them were a few scarcities. Pick of the bunch was the 4th Irish Pallid Swift at Bray (Co. Wicklow) from late on Monday 27th and again early on 28th; the second earliest Pallid Swift ever (one was on Bryher (Scilly) from 25th to 26th March 2002). The same airflow also delivered two Alpine Swifts to Lowestoft (Suffolk) on 28th and 29th and another passed over St. Margaret's at Cliffe (Kent) on 28th. Two Penduline Tits at Portrack Marsh (Cleveland) were the 3rd county record and an excellent find of this very rare visitor to Northeast England, where none have strayed further north than Cleveland. The Hume's Leaf Warbler again put in an appearance at Whitley Bay (Northumbs) on 25th and an Arctic Redpoll was at Waters' Edge (Lincs) from 25th-28th, though elusive. A Zitting Cisticola remained at Beauport (Jersey) and late news involved the male Spanish Sparrow reported again in Coventry (Warks) on 19th.

On the Northern Isles a Little Bunting was at Newark Bay (Orkney) on 27th and a Black-bellied Dipper on Fair Isle (Shetland) on 26th. In Kent two white-spotted Bluethroats were at Pegwell Bay on 26th, the female Serin was still at Joss Bay on 25th and another passed over Bockhill Farm on 26th. Hoopoes have been scarce so far this year, but one was reported briefly from Bowerchalke (Wiltshire) on 29th. A Siberian Chiffchaff was at Marazion (Cornwall) on 29th. Lingering wintering scarcities were starting to thin out though: Waxwing numbers are dwindling fast, and seven Shore Larks comprised six at Holkham (Norfolk) and one at Minsmere (Suffolk). Four Lapland Buntings were typically east-coast singletons, except for one over Hengistbury Head (Dorset). Six Great Grey Shrikes were seen at: Walton-on-Trent (Derbyshire); Santon Downham (Suffolk); Grimes Graves (Norfolk); Furzey Brow (Hants); Wauchope Forest (Borders) and Ashdown Forest (E. Sussex). The Chaffinch showing features reminiscent of African Chaffinch remained at Loughmore (Co. Tipperary). 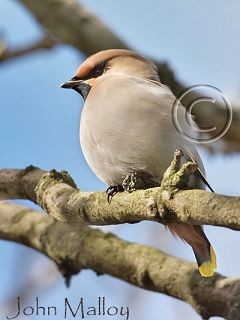 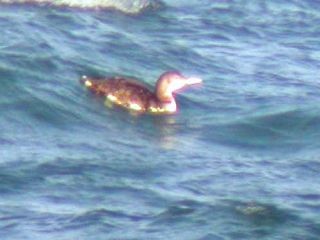 The regular spring build-up of White-billed Divers off the Outer Hebrides commenced on 23rd, and up to four were in the Port Skigersta, Lewis, vicinity on 26th. Franklin's Gulls were again in Wicklow harbour (Co. Wicklow) and Rosscarbery (Co. Cork), whilst five Laughing Gulls were reported. These involved regular long-stayers from Cork City (Co. Cork), Glaslyn Marshes (Gwynedd), Brixham and Barnstaple (Devon), plus the Reading (Berks) individual, which was presumably responsible for the sighting from Little Marlow GPs (Bucks) on 24th. The 1st-winter Bonaparte's Gull was at Frome (Somerset) to 25th. Ring-billed Gull reports were in the mid-teens, the 3rd-winter American Herring Gull was still at Nimmo's Pier (Co. Galway) with the probable 2nd-winter again at Sennen Cove (Cornwall). Adult Kumlien's Gulls were noted from Cotswold Water Park (Glos), Killybegs (Co. Donegal) and Polgigga (Cornwall) and a 1st-winter from Culmore Dump (L'derry). The adult Forster's Tern remained at Nimmo's Pier. 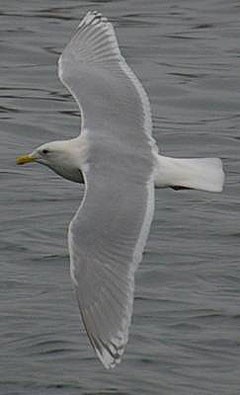 
A Night Heron seen on St. Mary's (Isles of Scilly) on 23rd was perhaps the same individual picked up dead on the island on 27th. A Great White Egret was at Groby Pool (Leics) briefly on 24th, whilst eight Cattle Egrets remained at Piddinghoe (E. Sussex) and a single at Worton (Wilts). The Great Bustard remained on Bleadon Level (Somerset) to at least 27th. The sullied White Stork that has wintered in Kent was tracked to Somerset, and was perhaps responsible for subsequent reports in Devon and Hampshire. Spoonbill reports were into double figures, with one still in Co. Kerry and an inland bird at Rutland Water (Leics) on 29th. The Long-billed Dowitcher remained on the Hayle Estuary (Cornwall), a Spotted Crake was at Parkgate Old Baths (Cheshire) on 29th, on which date there was a report of a Black Kite over Salcey Forest (Northants). The only Rough-legged Buzzard at large was the wintering bird from Massingham Heath (Norfolk).

Good numbers of rare and scarce ducks were still present. Black Ducks were still on Tresco (Scilly) and Kilcolman (Co. Cork), as was the Barrow's Goldeneye at Quoile Pondage (Co. Down). The King Eider remained off Peterhead (Aberdeenshire) as did Surf Scoters off Lower Largo (Fife) and in the Sound of Taransay (Outer Hebrides). Lesser Scaup lingered at College Reservoir (Cornwall) and Ballysaggart Lough (Co. Tyrone). Around 15 Ring-necked Ducks were at large, plus six Green-winged Teal and four American Wigeon, including a 'new' bird at Exminster Marshes (Devon). Two Richardson's Canada Geese remained on Islay (Argyll) and six Black Brants were reported. 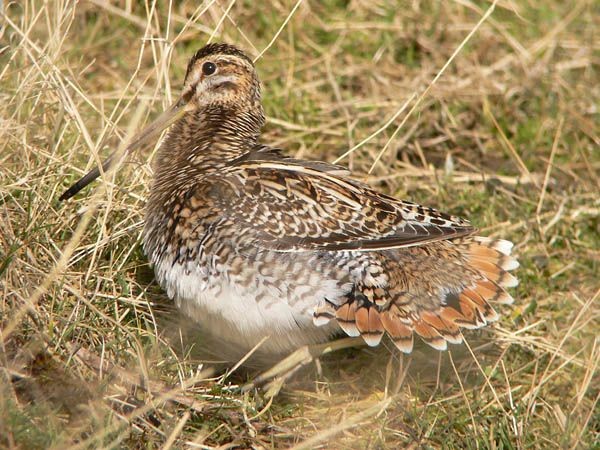