With spring migration continuing at little more than a trickle, it was apt that the week's headline bird was something of a wintry sort – a fine drake American White-winged Scoter offshore at Musselburgh, Lothian, from 24th.

The irony of that statement, of course, is that the two previous records of deglandi came in June. Both were at Blackdog, Aberdeenshire, and it is speculated that they might refer to the same bird – indeed, it seems very possible that this Lothian record might also relate to this individual, although the likelihood is that we'll never know for sure. Musselburgh has previously hosted a 'White-winged Scoter', although that bird, on Boxing Day 2013, looked more like a Stejneger's Scoter. 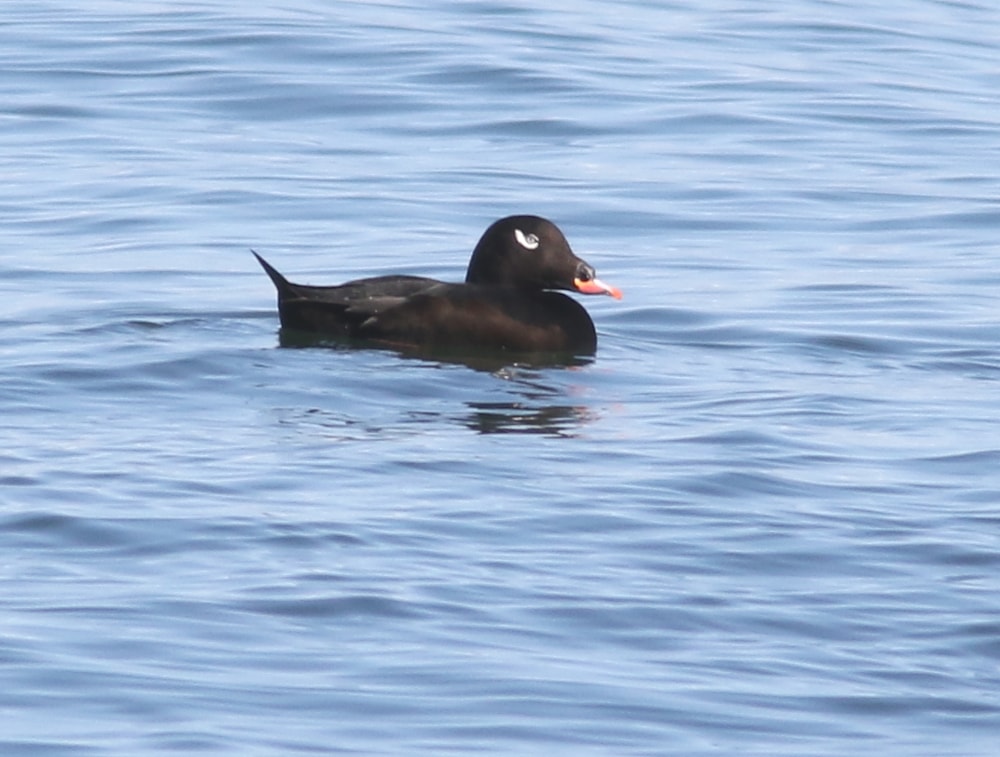 No fewer than three Snowy Owls further suggested a mid-winter rather than spring-like flavour to the week's birding. One was photographed and videoed by non-birders atop Twmbarlwm Tump, Gwent, on the morning of 22nd, but wasn't seen again. An unconfirmed report from South Stack, Anglesey, followed on 24th, although the Scilly bird wasn't seen this week.

Meanwhile, the recent Norfolk bird reappeared across The Wash at RAF Wainfleet, Lincs, on 21st, lingering to 23rd. They say lightning doesn't strike twice, and yet this is where the famous Snowy Owl of 1991 spent much of its time and was enjoyed by many hundreds of observers – an amazing coincidence for a county that very rarely gets Snowy Owls, and a genuine second bite at the cherry for the younger generation of county listers. A similarly spooky coincidence occurred close by last winter when a stretch of the River Witham near Tattershall Bridge enjoyed its second White-billed Diver in 21 years. 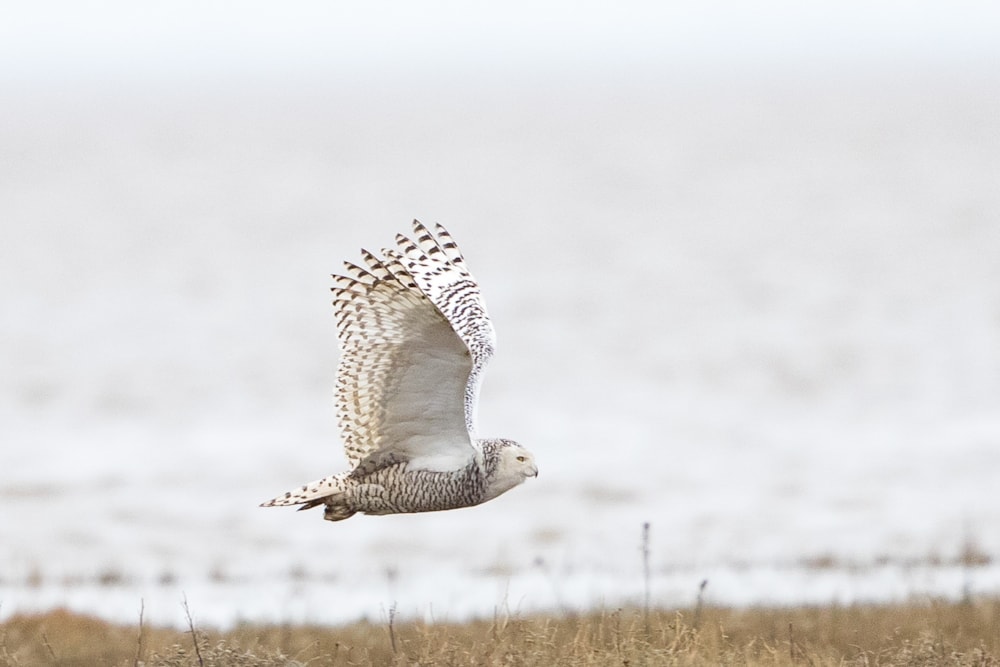 Casting an eye further across this week's rarities, there were precious few signs of the coming season – the line-up was much more akin to December than April. Late news concerned a fine Black-throated Thrush photographed in a private garden at Eastington, Glos, during the snowy weather of 17th. Other headline birds included the continuing American Horned Lark at Staines Reservoirs, Surrey, the Black-bellied Dipper in Rathfarnham, Co Dublin, and a large flock of Parrot Crossbills – up to 29 of them – still kicking about in the Santon Warren area of Norfolk.

Further lingering rarities included both Cornish Pacific Divers still off Pendower Beach and Mount's Bay respectively and the Pied-billed Grebe at Loch of Spiggie, Shetland, with the other bird at Loch Feorlin, Argyll, again reported on 24th – the first time since December. The annual spring build-up of White-billed Divers appears to be upon us, with two off Portsoy, Aberdeenshire, early in the week rising to an impressive 11 by 25th. Others were off Scapa Flow, Orkney, on 22nd, at Newbiggin-by-the-Sea, Northumberland, and Houton, Orkney, on 24th, with one off Eoligarry, Barra, on 25th and two off the traditional location of Port Skigersta, Lewis, on 26th. 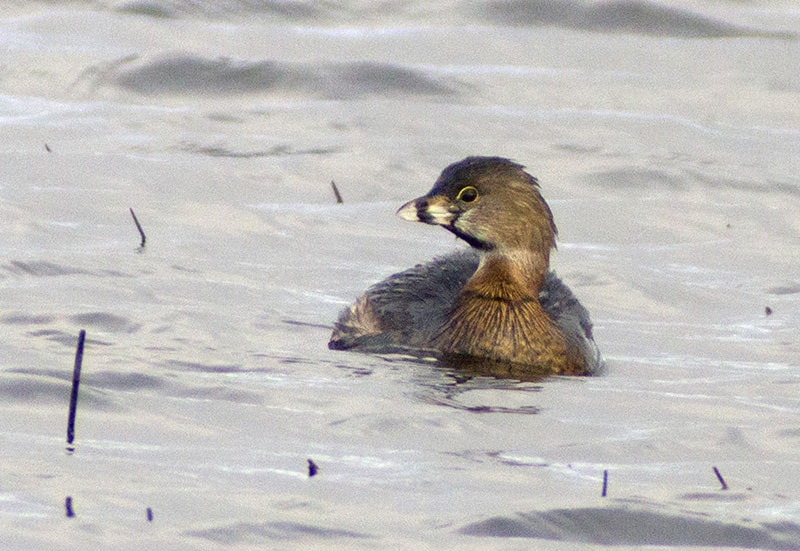 The American Black Duck was again on show at Strontian, Highland, on 25th; it's worth another reminder that this beauty was first seen here as long ago as 2007. The drake Ferruginous Duck was reported regularly at Llan Bwch-llyn Lake, Powys, and the long-stayer was back at Washington WWT, Durham, on 26th.

American Wigeon were noted at just two sites and involved familiar males at Clachnaharry, Highland, and Dunster Beach, Somerset, though the latter couldn't be found on 26th. Green-winged Teal numbers also nosedived, with just five reported – though these did include a new male at Middleton Lakes, Warks, from 23rd; this was apparently joined by a second on 25th. With 10 reported, Ring-necked Duck were somewhat more numerous; these included a new drake at Duddingston Loch, Lothian, on 27th. It was down to the ever-present drake Lesser Scaup at Dozmary Pool, Cornwall, to ensure that this species made the week's roll call. 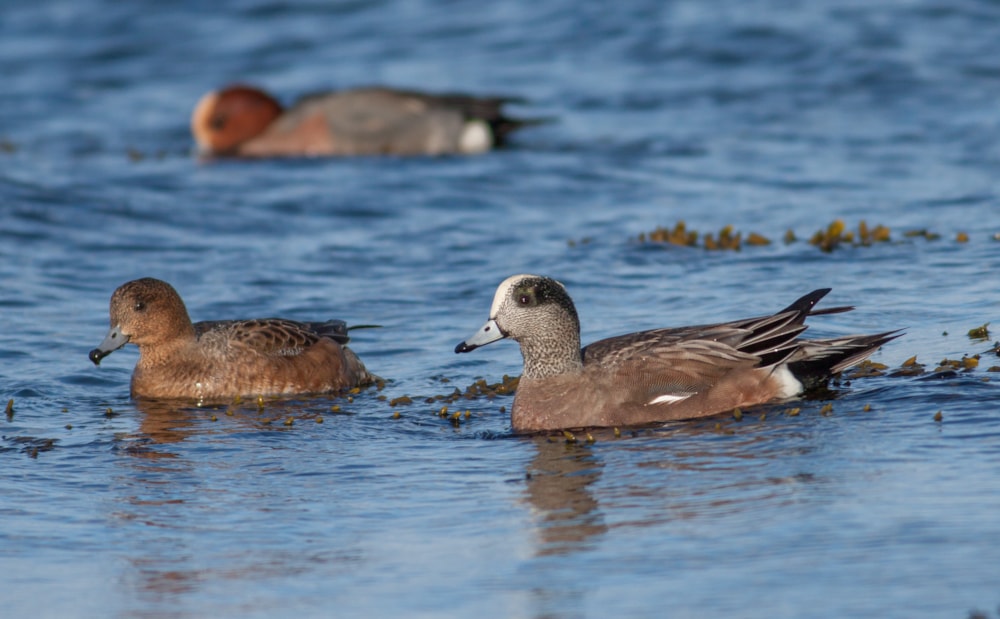 Up to four Surf Scoter, including three drakes, lingered off Balbriggan, Co Dublin, while three remained off Porthpean, Cornwall, two were off Conwy and singles were in Lothian, Fife and Co Clare. Both of the week's King Eider were in south-west Ireland, with the young male still off Flaggy Shore, Co Clare, and the female off Dunmanus, Co Cork.

Common Scoter passage proved impressive this week, with plenty of grounded groups across the Midlands, particularly along the flyway between the Severn Estuary and The Wash. Those detectable in daylight hours were no doubt just the tip of the iceberg, with this notion emphasised by an extraordinary passage heard passing over Tintwhistle, Derbyshire, on the night of 21/22 March. As recorder Alex Lees noted: “Phenomenal movement, perhaps unprecedented in the UK (?), birds were moving constantly while we were out between 22:20 and 23:10 and sporadically on the tape afterwards. Presumably birds leaving the Irish Sea and heading across the Peak District towards the North Sea via the Humber. The wing whirrs were often more prominent than the calls, suggesting many groups weren't vocalising. Oliver Metcalf and I are hatching a plan to try and derive some sort of estimate of numbers but thousands doesn't seem implausible given the numbers wintering off North Wales.” Isn't it fascinating what passes unseen overhead while most of us are asleep? 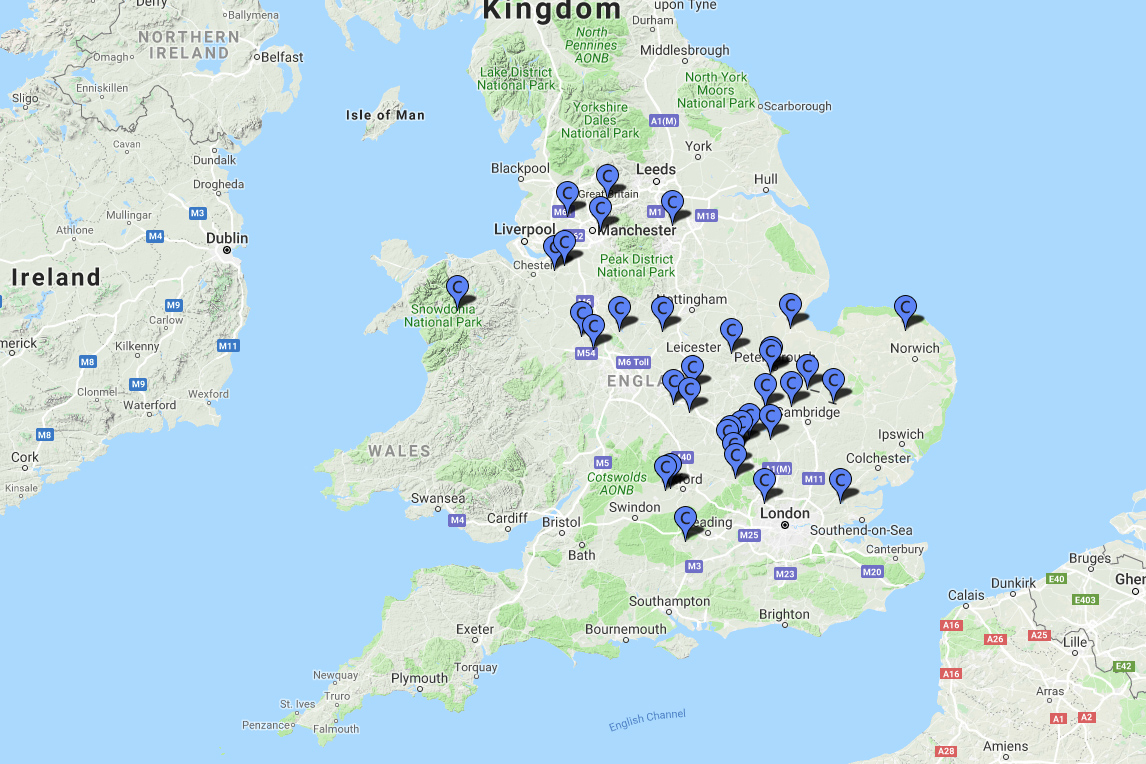 Rare geese were few and far between and were it not for the white-morph Snow Goose on Berneray, Outer Hebrides, and a handful of Black Brant, they would not have featured at all. Of the brants, the return of an adult to Spurn, East Yorks, from 25th and the usual bird in Cumbria were probably the most notable occurrences.

Glossy Ibises were noted at eight sites, including a new bird at Ballymacoda, Co Cork, on 25th and two at East Coast NR, Co Wicklow, as well as the popular bird still at Eastbridge, Suffolk. The peak Western Cattle Egret count was of five at Frampton-on-Severn, Glos, on 21st.

The rather distinctive first-winter American Herring Gull remained on the beach at Kilkee, Co Clare, until at least 26th. An adult Bonaparte's Gull at Longham Lakes, Dorset, briefly on 26th may well be a returning bird; the Devon bird was also still at Exmouth on 22nd. Galway Bay's Forster's Tern was again noted between Aughinish Island and Traught, Co Clare, on 27th.

What was presumably the same adult Ring-billed Gull as that seen in February reappeared in London on 23rd, this time briefly at Rainham landfill site. Elsewhere, the first-winter remained site loyal at Newquay, Cornwall, as did the adult at Blashford Lakes, Hants. Meanwhile, a dozen sites held birds across Ireland, including four at Sandymount, Co Dublin, on 23rd. A handful of Kumlien's Gulls were seen, while both Glaucous and Iceland Gulls remained fairly numerous, as evidenced by 25 of the latter still at Stornoway Harbour, Lewis, on 22nd.

The Long-billed Dowitcher was reported again at Oare Marshes, Kent, on 24th for the first time in a couple of weeks, while a Grey Phalarope performed well at Low Newton-by-the-Sea, Northumberland, on 26-27th. 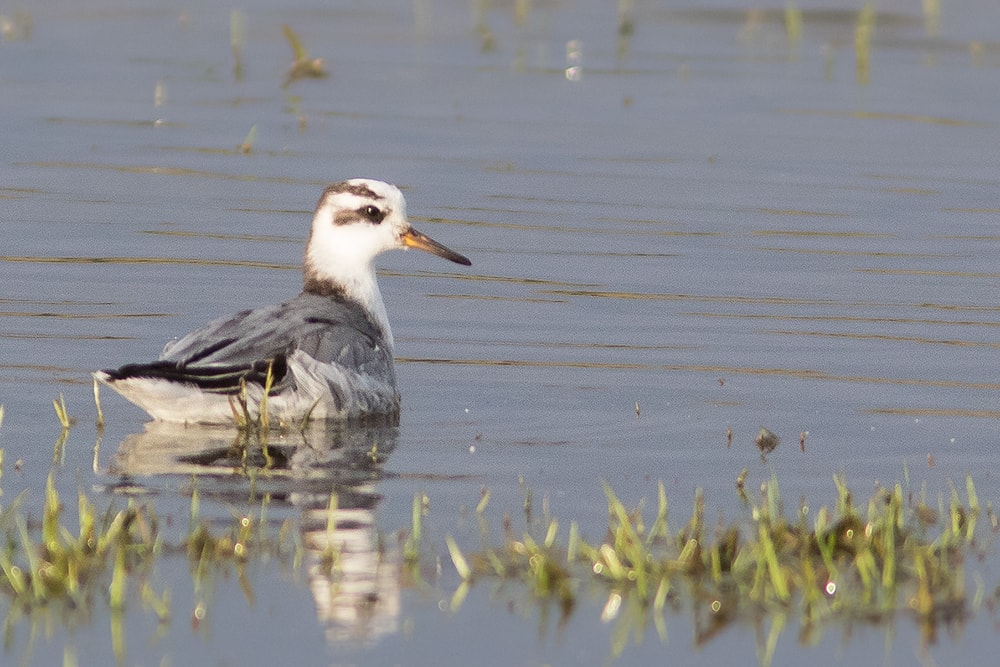 Two of last week's White-spotted Bluethroats hung around and appeared to become increasingly confiding as the days wore on: the Dungeness, Kent, male lingered to 24th, with the Landguard, Suffolk, bird lasting to 23rd. In addition to this, an absolutely gorgeous male appeared at Walthamstow Wetlands, London, for the day on 23rd, while late news of a male Bluethroat in Great Clacton, Essex, on 19th presumably related to cyanecula. 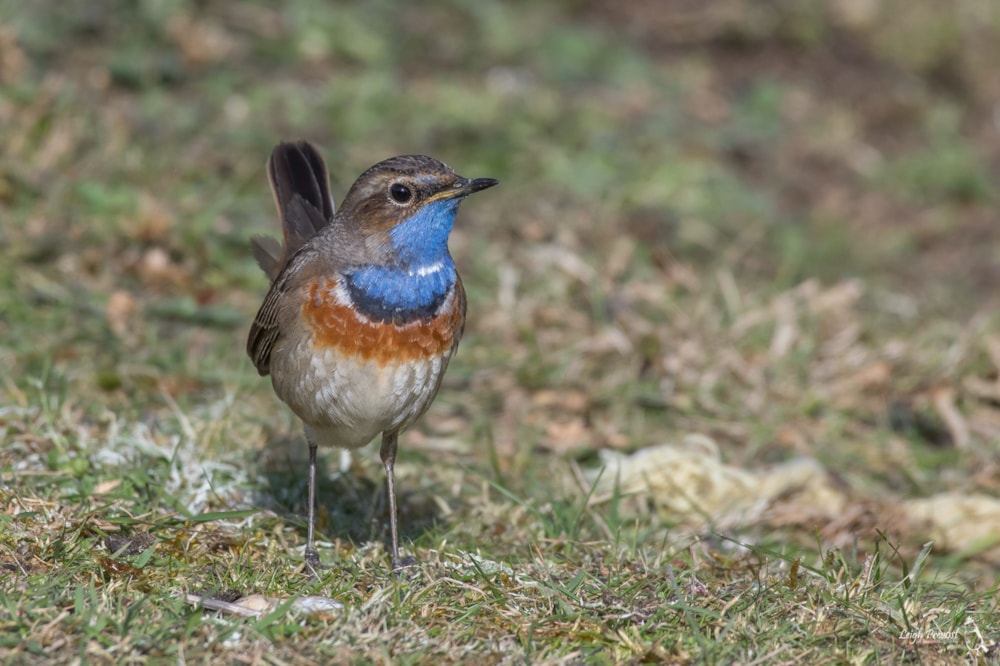 A Rosy Starling was at Pembroke Dock, Pembs, on 22nd, while a baker's dozen of Great Grey Shrikes included a presumed migrant at Hatfield Moors, South Yorks, on 26th. The Little Bunting was still in a private garden at North Baddesley, Hants, to 25th, with the Isle of Wight bird still at Brading on 24th and the London bird at Walthamstow Wetlands all week. A Coues's Arctic Redpoll appeared near Cockley Cley, Norfolk, on 22nd, with two at Fochabers, Moray, on 25th and the long-stayer still at Hazlewood Common, Suffolk. The male European Serin again showed at Gunners Park, Essex, on 21st and 23rd, with another male in the county at Canewdon on 26th. As alluded to previously, there was no exceptional rush of common migrants, although Swallows had clearly arrived in greater numbers by the end of the review period, with the odd Willow Warbler pushing as far north as Cleveland. There were a couple of very early reports of Eurasian Hobby (Buckinghamshire on 21st and Hampshire on 25th).

A fairly unsensational week around the region saw the Abyssinian Roller linger on at Nouadhibou, Mauritania, with small numbers of Blue-naped Mousebirds also logged within the WP borders near Choum. Sudan Golden Sparrows were again noted near Awsard, Western Sahara, while a Pied Crow was found at Las Palmas port, Gran Canaria, on 22nd.

In Israel, the Lesser Flamingo continued near Eilat. What is possibly Egypt's second Pectoral Sandpiper was south of Hurghada on 27th. Exciting news from Turkey concerned the country's second Hooded Wheatear at Çenger, Antalya, on 25th. 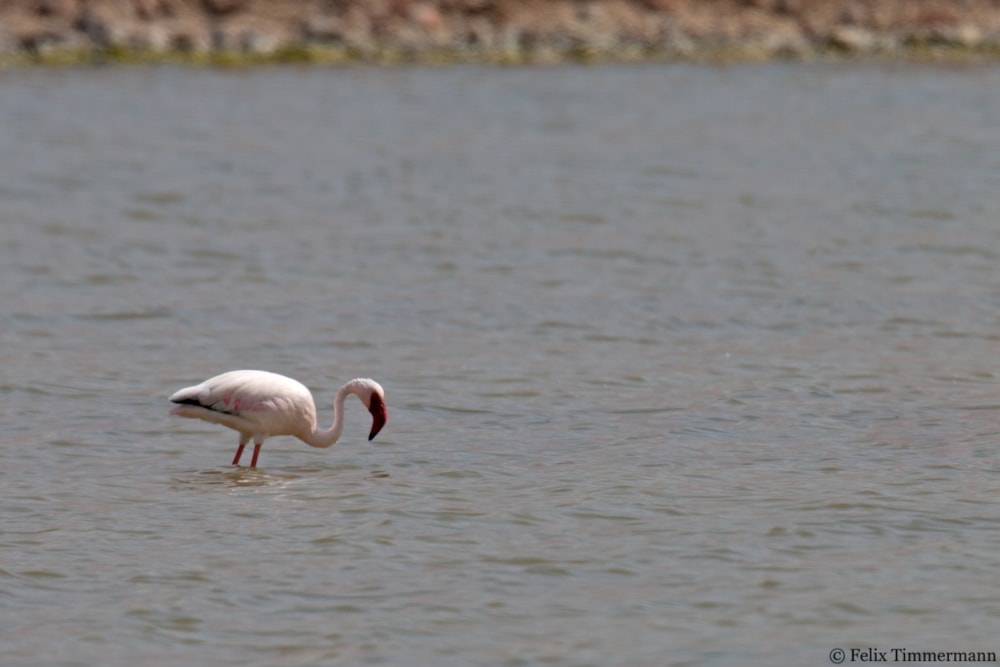 The Kelp Gull was still at Le Mesnil-Aubry, France, on 21st, but there has been no news since. In Belgium, the Dark-eyed Junco lingered at Doornzele to 21st and the Pygmy Cormorant remained on the outskirts of Brussels. 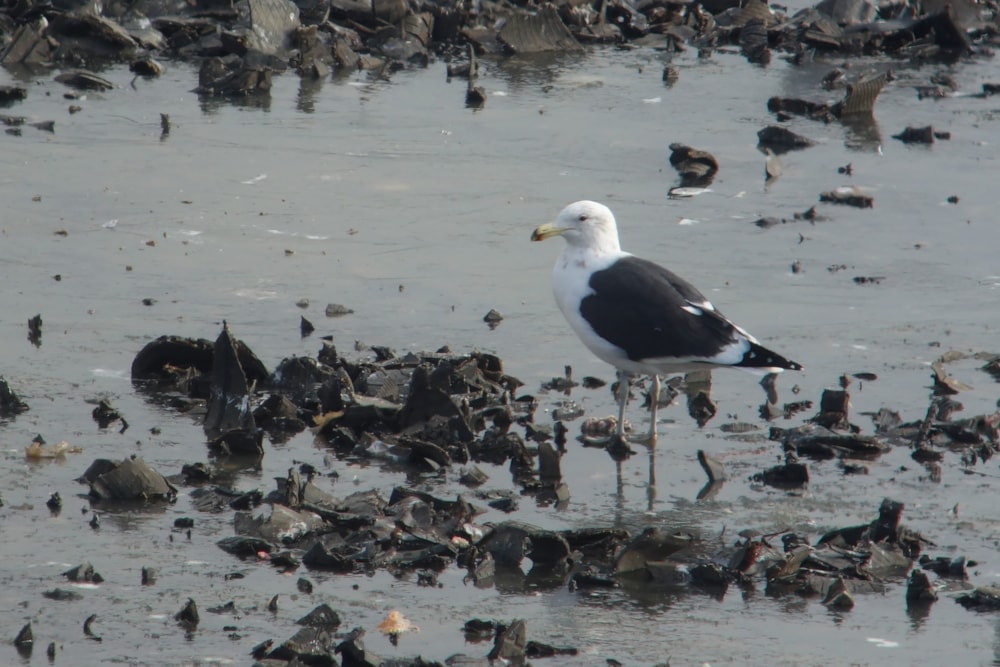 In Sweden, the Stejneger's Scoter continued off Skummeslövsstrand and the American Black Duck was nearby at Torekov. A Mandt's Guillemot at Sundi was a first for the Faroe Islands, while two American White-winged Scoter were seen in south-west Iceland.