Another British occurrence of what many have described as the 'ultimate bird' — White-throated Needletail — was the clear highlight of a respectable late-June week around Britain and Ireland. It's hard to believe that four years have already passed since that extraordinary day unfolded on Harris, and it's fair to say that few were anticipating this week's find, which came like a bolt from the blue.

Despite being the ultimate fliers, needletails have a decent track record of lingering long enough to be twitched on Scottish islands over the years. Birds on Shetland and Orkney haven proved very 'gettable' and the Harris bird's stay was cut short only by a freak accident. Therefore there were reasons to be optimistic about this latest arrival being twitchable, but alas it was not to be: seen for little more than an hour or two, it had disappeared by early afternoon and was not seen again. That said, it wouldn't be surprising if this bird reappears somewhere on the Outer Hebrides. As already mentioned, this species has a curious tendency to linger and its propensity for Scottish islands could mean that it's currently hawking back and forth over a Hebridean sheep flock as you read this ... 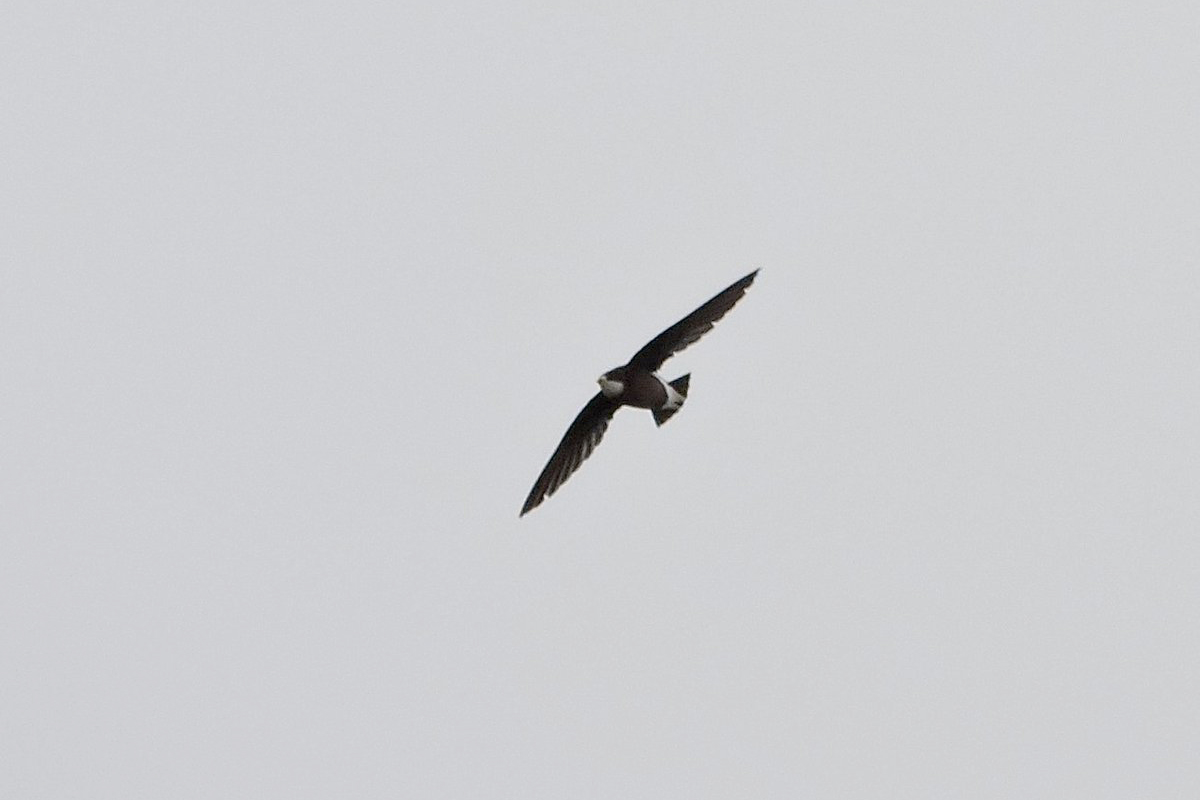 After remaining faithful to the Pagham Harbour Sandwich Tern colony for almost two weeks, the colour-ringed male Elegant Tern wasn't seen there early on 21st. By mid-afternoon, we knew why: it had relocated to Brownsea Island, Dorset. Here it remained overnight, and quite amusingly was often on view on the island's webcam (including overnight as it roosted), before it flew off at 04:45 on 22nd. It was seen briefly again in the area a couple of times during the day but subsequently vanished — has it returned to France, or might it still be knocking about somewhere in southern England? 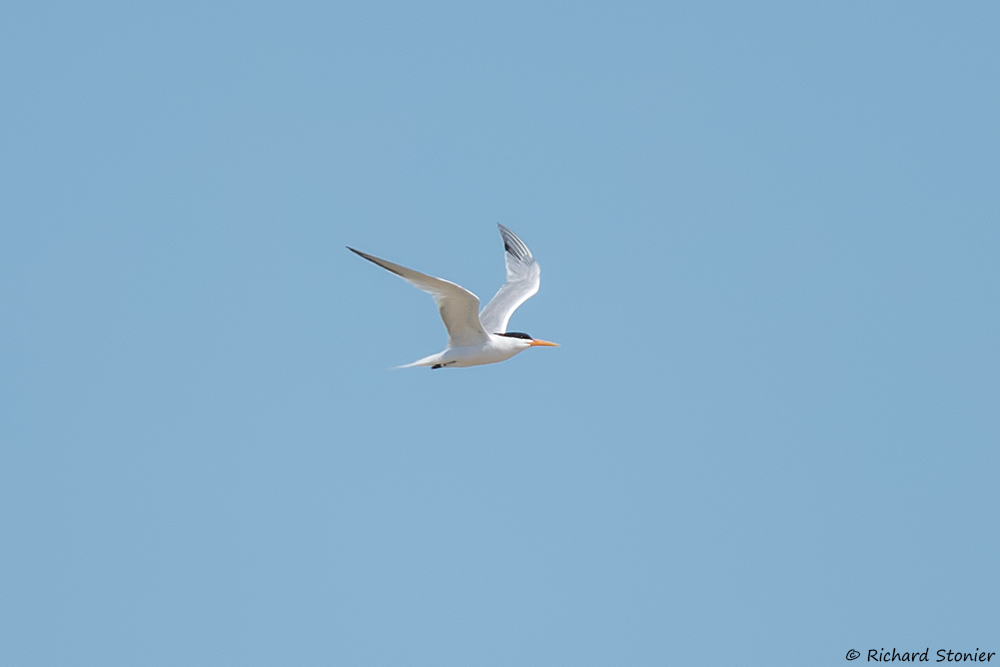 European Bee-eaters are always popular and it seems that nesting attempts in Britain are very much on the increase. Up to seven were found at a working Cemex quarry near East Leake, Notts, on 25th and the adults were still present on 27th. Hopefully the birds, which are presumably nesting (or at least thinking about doing so), enjoy a successful season — no doubt they'll prove the most popular attraction of the summer if they stay. 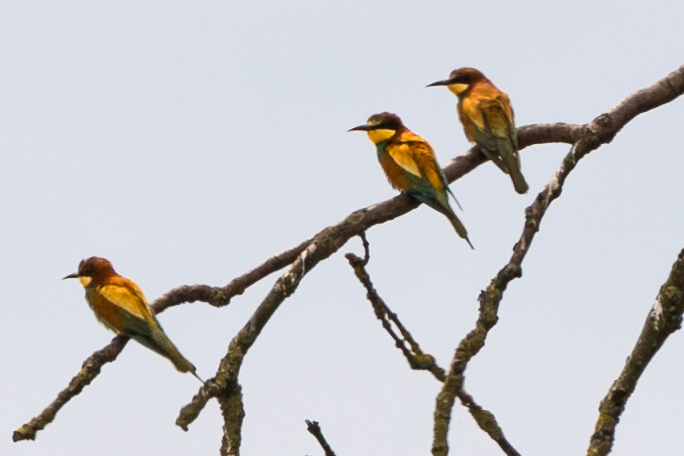 The week's best finds otherwise involved a Lesser Grey Shrike at Brading Marshes, IoW, for the day on 22nd and a Paddyfield Warbler on Mousa, Shetland, on 26th — both species have a track record of showing up in June, so neither were particularly big shocks, even if exciting discoveries. The Snowy Owl seen on Westray, Orkney, on 21st was presumably the long-staying bird that has been seen on several islands in the archipelago in recent times — indeed it was seen on Westray back in January. Another of the week's highlights was a fine Caspian Tern in South Wales. First seen near Briton Ferry, Glamorgan, on the morning of 25th, it relocated to Sker Beach and Kenfig Pool that afternoon and was subsequently seen at the National Wetlands Centre on 26–27th. Could it be the Lancashire bird, which was last seen on 21st? 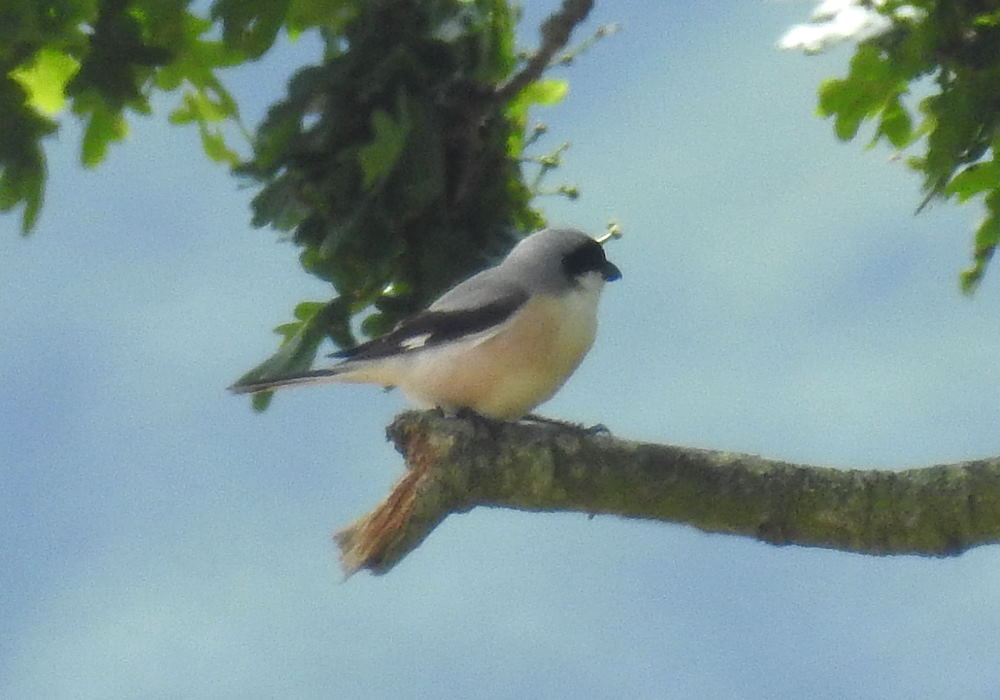 A female Bufflehead was found in Northamptonshire on 24th. Present at Clifford Hill Gravel Pits, it was still there two days later but was found to be wearing a metal ring, the style of which best matched an escaped collection bird rather than a genuine transatlantic vagrant. A female in West Yorkshire in mid-May was also wearing a ring and the records presumably relate to the same individual. One wonders whether the female King Eider off Aberaeron, Ceredigion, on 26–27th was the bird off Carnsore Point, Co Wexford, on 22nd. Elsewhere the drake remained on the Ythan Estuary, Aberdeenshire, an immature drake Surf Scoter was off Kinshaldy, Fife, on 23rd, and the female was still at Burray, Orkney. The drake Ring-necked Duck lingered on Islay, Argyll, and the Pied-billed Grebe hung around at Loch Feorlin.

The male Little Bittern was back at Old Moor, South Yorkshire, for its third summer running on 25th; it hasn't been seen since but is presumably still in the area. Another male remained on the Somerset Levels. A Squacco Heron was at Lough Leane, Co Kerry, on 25th, a first-summer Purple Heron visited Minsmere, Suffolk, on 26–27th and Cattle Egrets were noted at eight sites. The only Glossy Ibis was the bird at Ham Wall, Somerset, where a Night Heron was again seen on 24th.

Eight Cory's Shearwaters west of Co Kerry's Blasket Islands on 24th hinted at what is hopefully to come as we head towards July and the start of seawatching season, with a few early Great Shearwaters seen off Porthgwarra and Lizard Point, Cornwall. This was further backed up by the appearance of five Wilson's Storm Petrels some 25 miles south of Toe Head, Co Cork, on 21st. Three Sabine's Gulls were a bit of a shock at Belvide Reservoir, Staffs, on the morning of 24th, and another immature was at Nosterfield Quarry, North Yorks, from 26th. 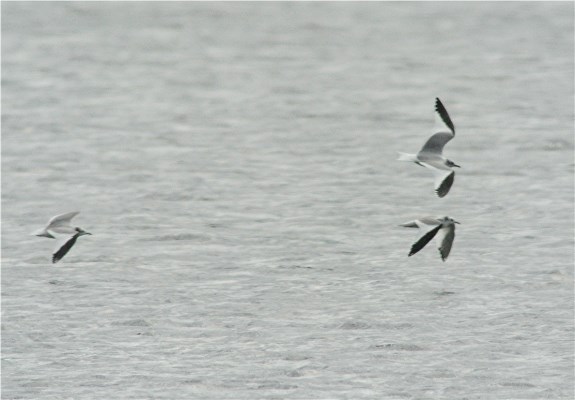 The Spotted Sandpiper was last seen at Buttermere, Cumbria, on 21st. Black-winged Stilt families remained on show at Ouse Washes, Cambs, and Potter Heigham Marshes, Norfolk, with a single bird at Wallasea Island, Essex, on 21st. 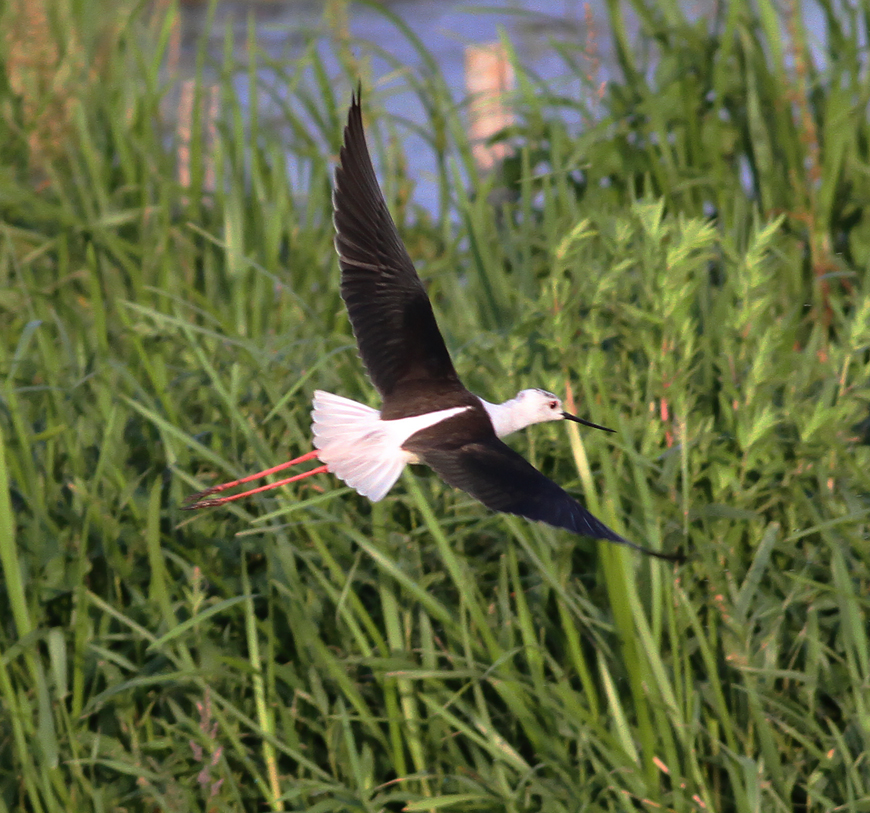 Lingering songsters included the Savi's Warbler at Minsmere, Suffolk, and the Iberian Chiffchaff at Kelsall, Staffs. The Marsh Warbler at Bowesfield Marsh, Cleveland, was last noted on 21st and another was ringed on Fair Isle on 26th. The male Greenish Warbler was still at Landguard, Suffolk, on 21st. A Common Rosefinch was at Portland, Dorset, all week, another was on Skomer, Pembrokeshire, from 22–24th and a third was on Fair Isle. Rose-coloured Starlings could be found at Laphroaig, Islay, Argyll, all week and Barra, Outer Hebrides, from 22–26th. A male Red-backed Shrike was popular at Breydon Water, Norfolk, on 25–26th, with another at Thursley Common, Surrey, on 24th and a female on the Gower peninsula, Glamorgan, on 26th. 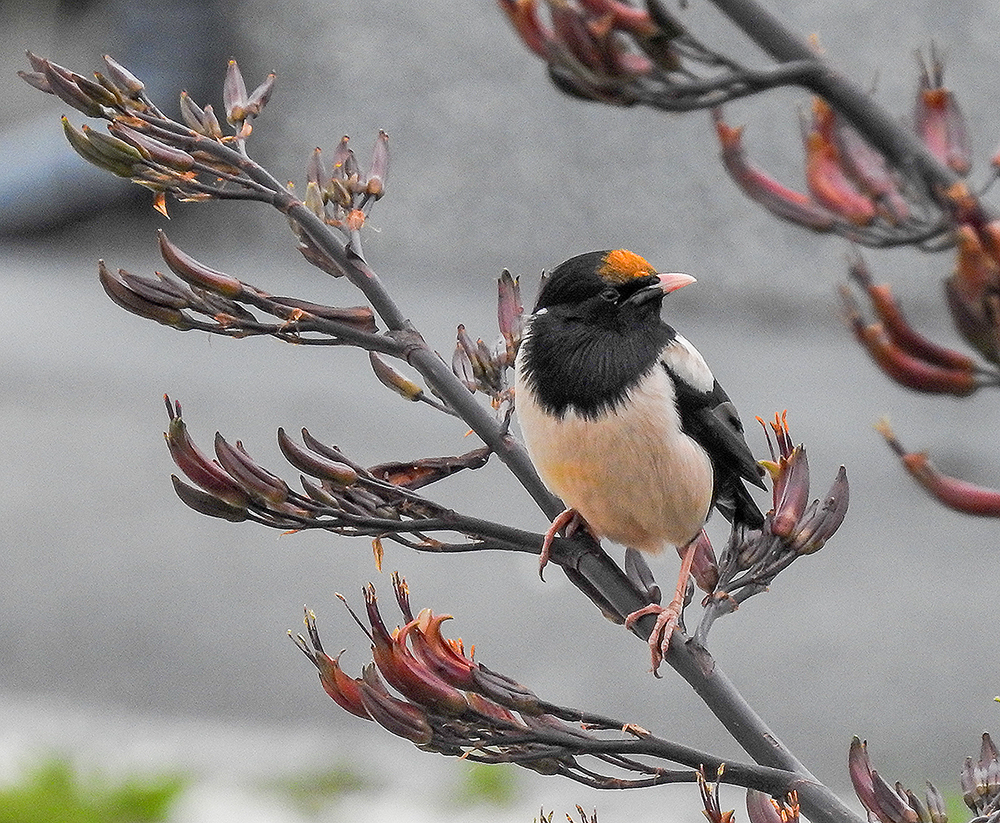 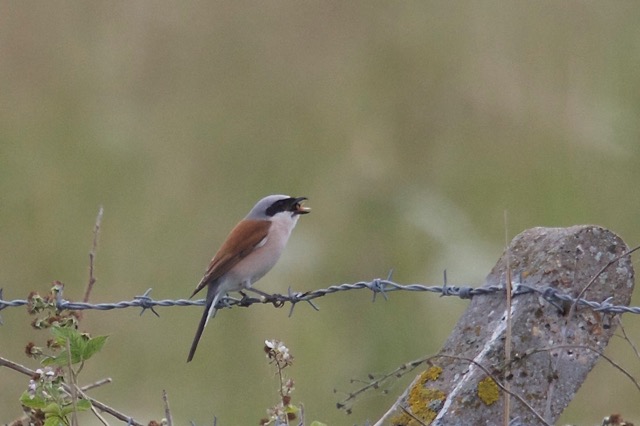 Other odds and sods included an Alpine Swift showing at Lodmoor, Dorset, during the afternoon and evening of 24th. A Red-rumped Swallow was at Bowling Green Marsh, Devon, on the same day. Apart from the Nottinghamshire group, European Bee-eaters were reported from Otley, West Yorks, on 25th (at least two heard flying over there) and Stodmarsh, Kent, on 22nd. A female Red-footed Falcon was at Fowlmere, Cambs, on 20–21st, a young male was at Stodmarsh, Kent, on 25–26th and a third was at Cadgwith, Cornwall, on 25th. 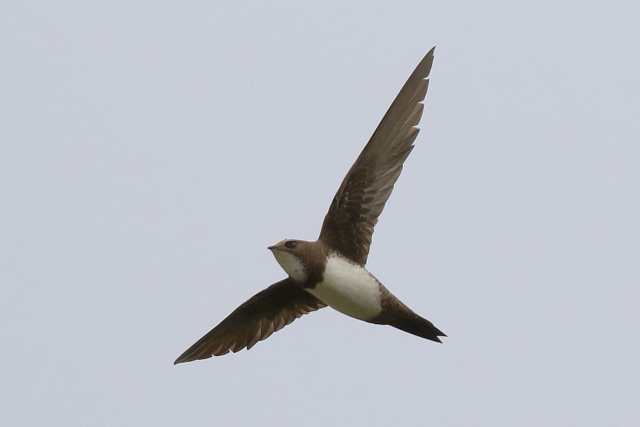 A notable week for rarities in the region saw Iceland continue its excellent form with its first Pacific Swift not far from Höfn, near Baulutjörn on 24th. Furthermore, a pair of Bonaparte's Gulls found among a Black-headed Gull colony were confirmed to be incubating three eggs this week — a fantastic first breeding record for the Western Palearctic. 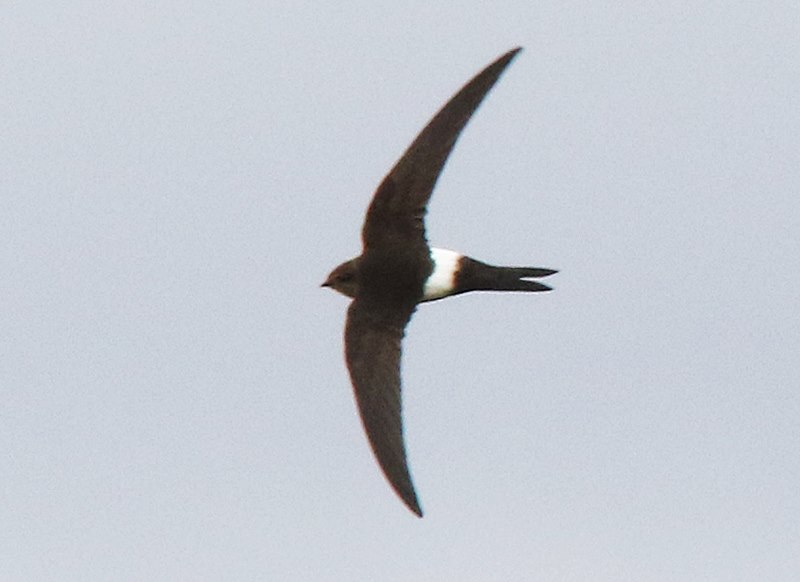 The immature American Royal Tern continued at Saint-Brieuc, France, but was overwhelmingly upstaged by the country's second Red-footed Booby, sensationally found among the Northern Gannet colony on Rouzic Island, off the coast of Côtes-d'Armor, on 26th. This bird is extremely close to British waters and hugely tantalizing for birders on this side of the Channel — it'll be interesting to hear updates on the bird in the coming days. 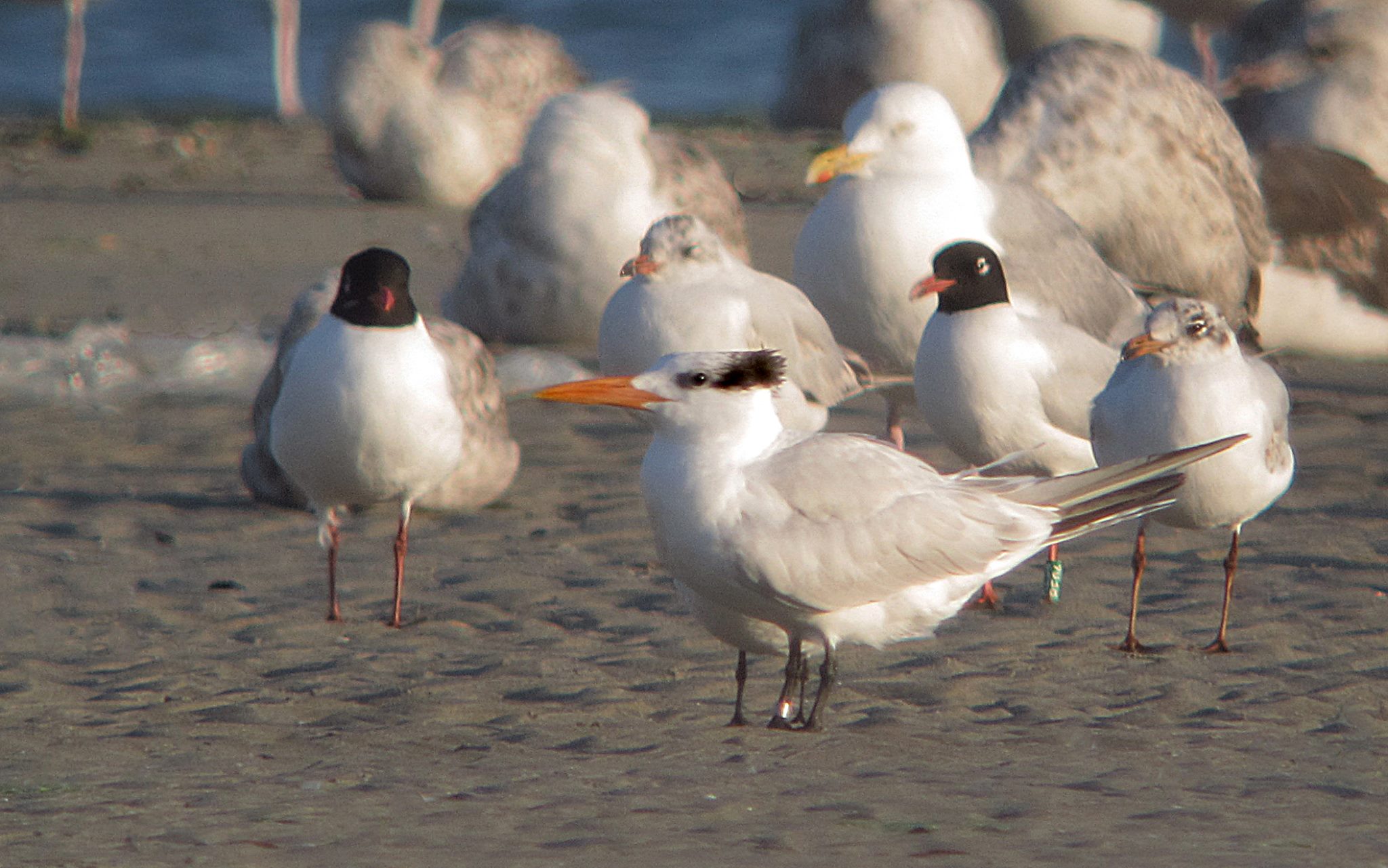 The Black-browed Albatross was still on Sylt, Germany, on 24th but what is presumably the same bird passed Øygarden, Hordaland, Norway, on 25th. Norway also held onto its singing Sora and a Trumpeter Finch. A Western Reef Heron was still in Brescia, Italy, on 26th and an Elegant Tern showed well in Galicia, Spain, on 22nd. Last but by no means least, the first White-eyed Gull for Cyprus showed well at Larnaca on 23–24th. 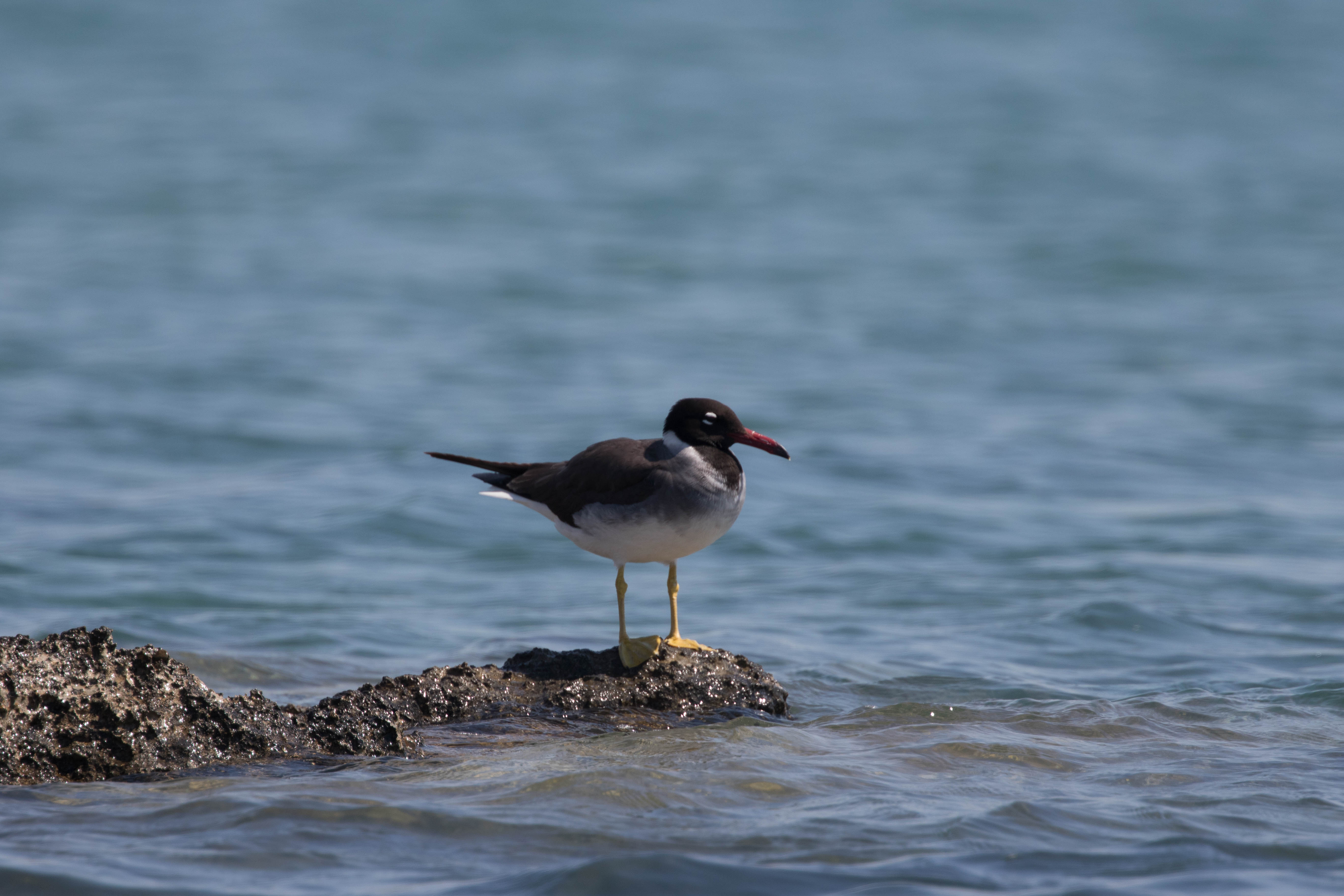